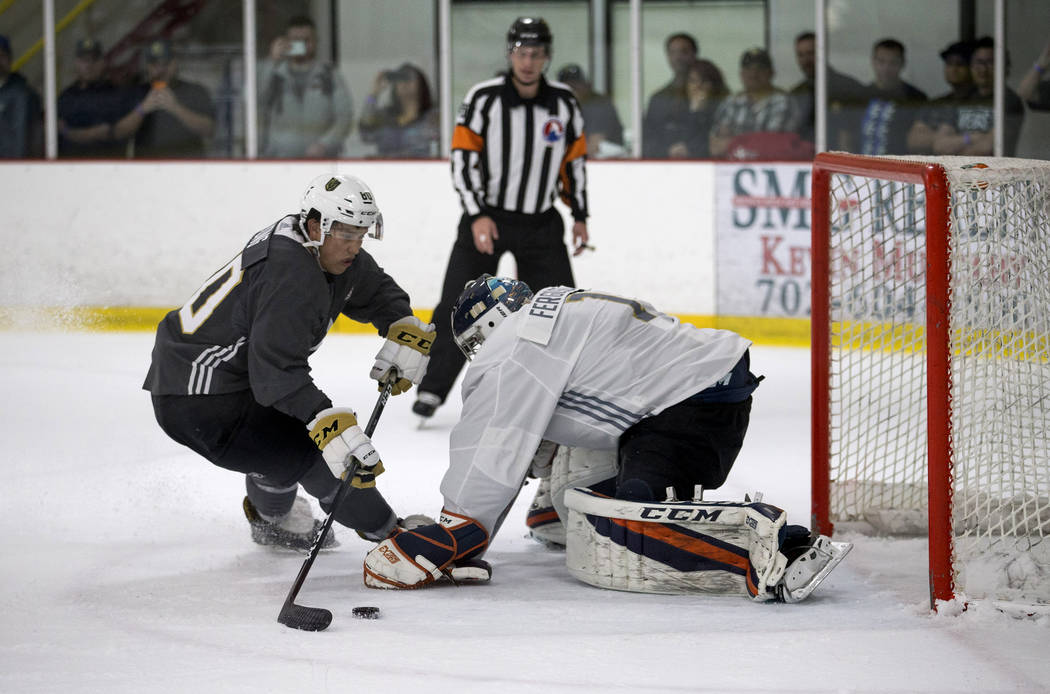 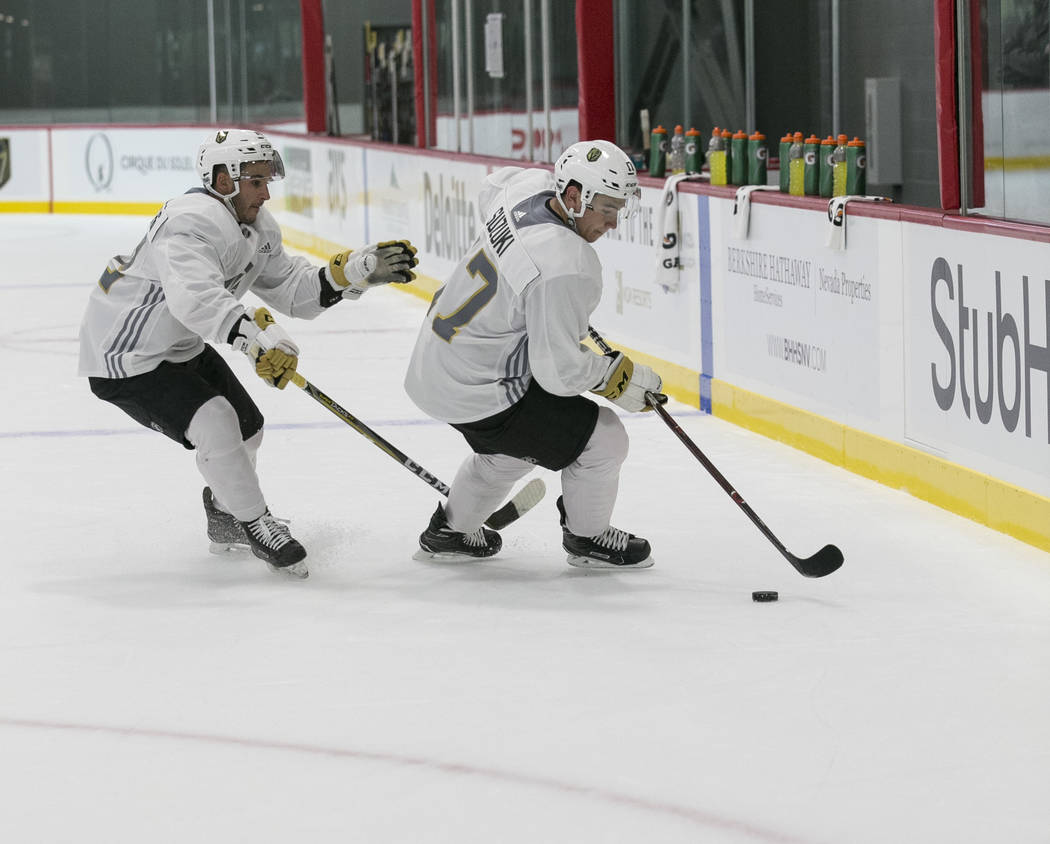 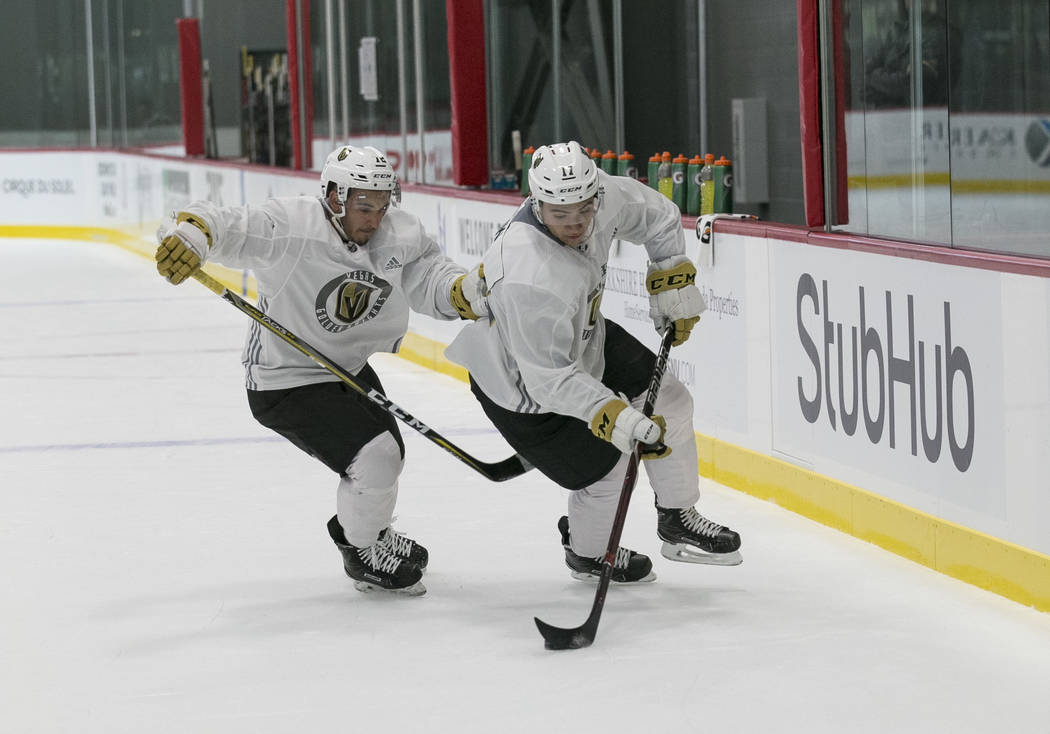 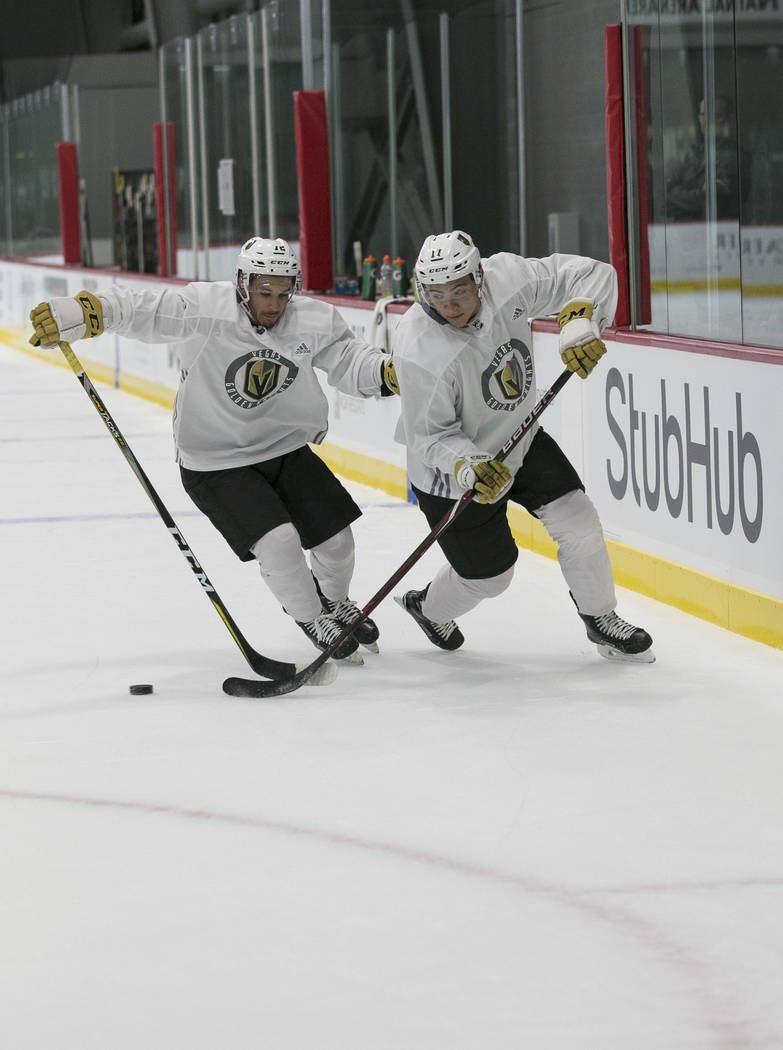 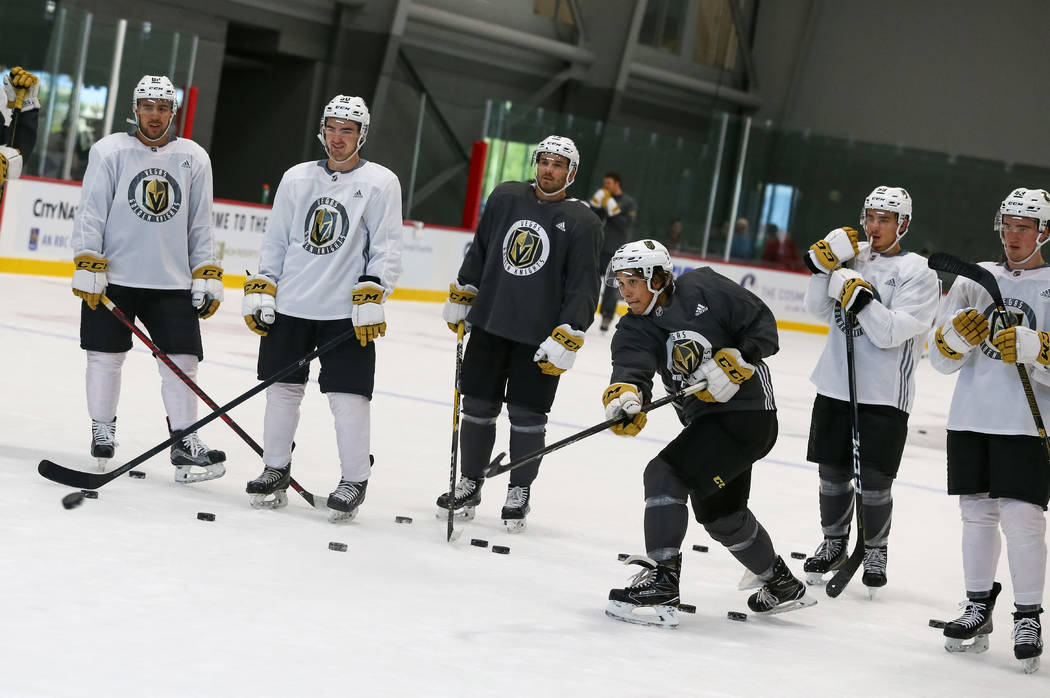 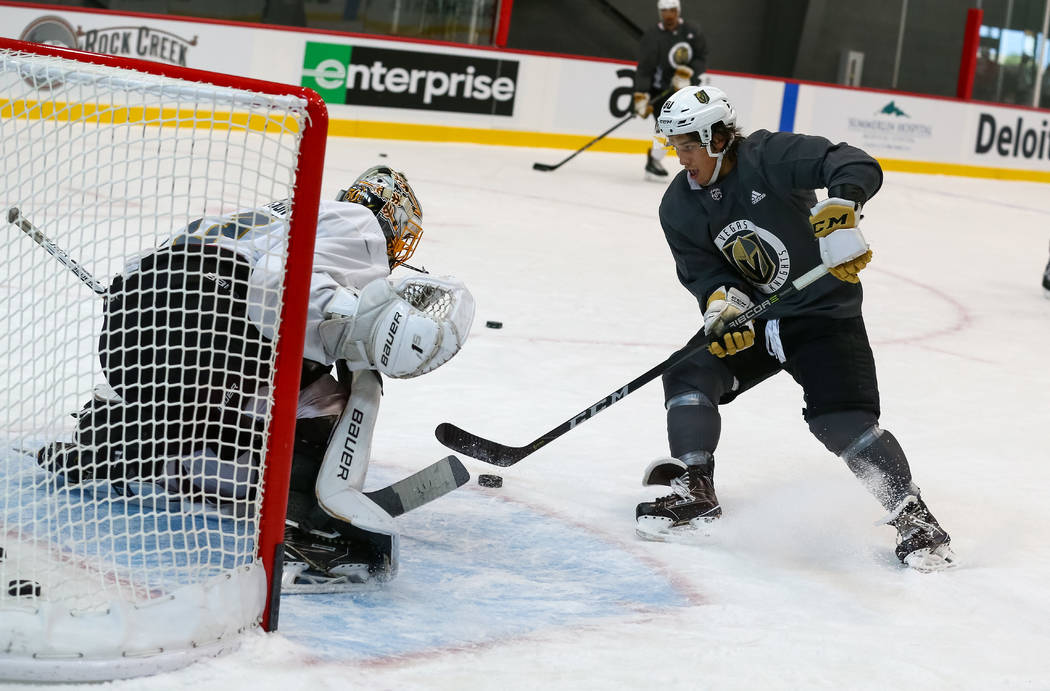 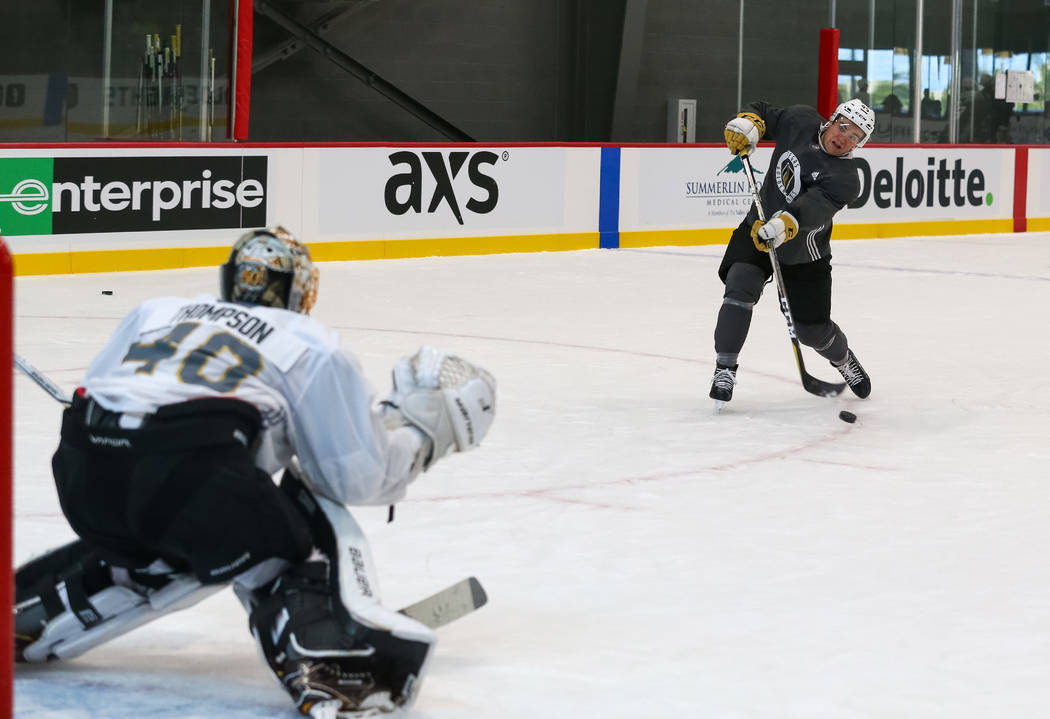 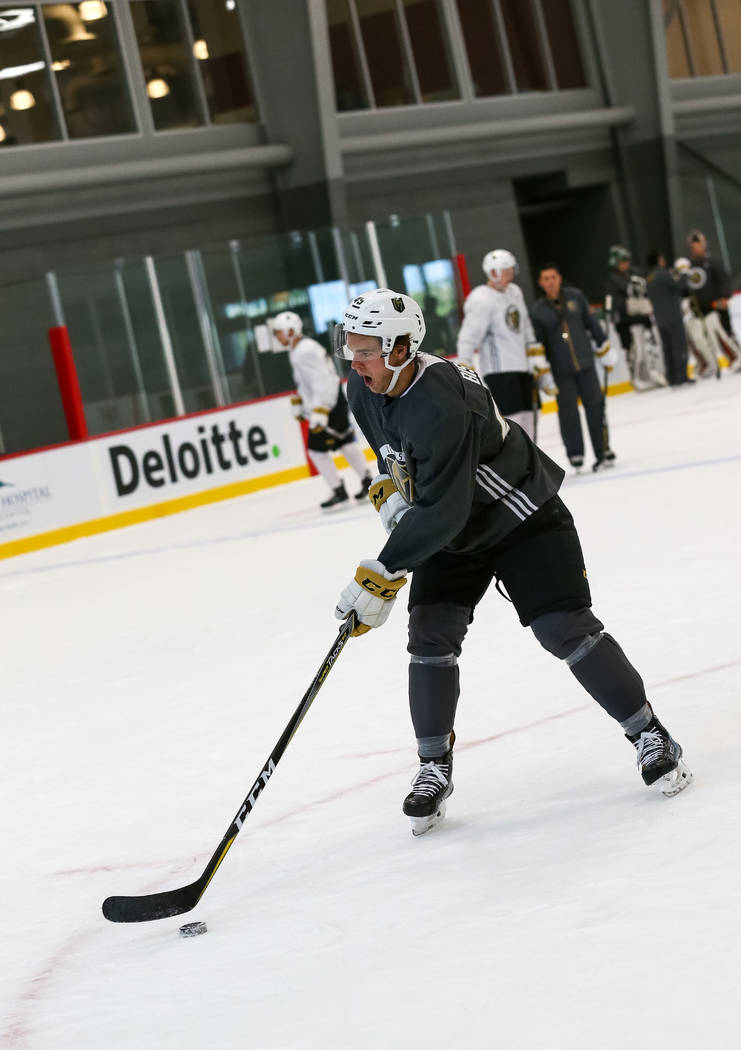 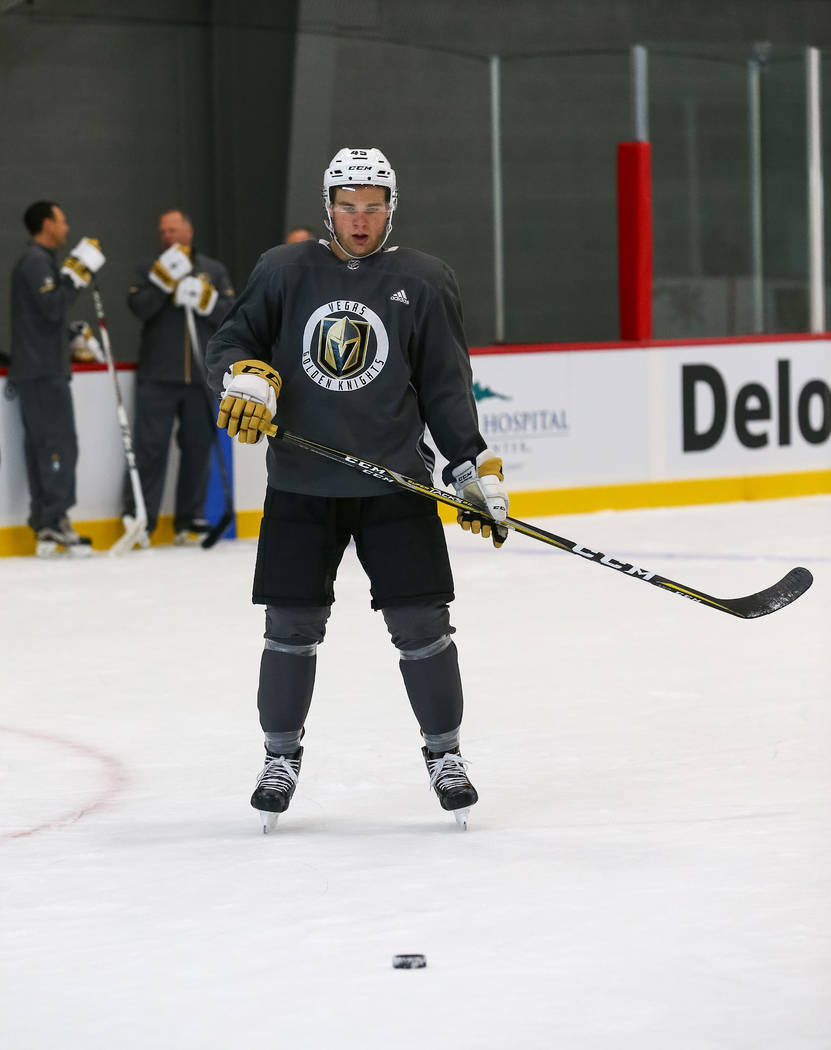 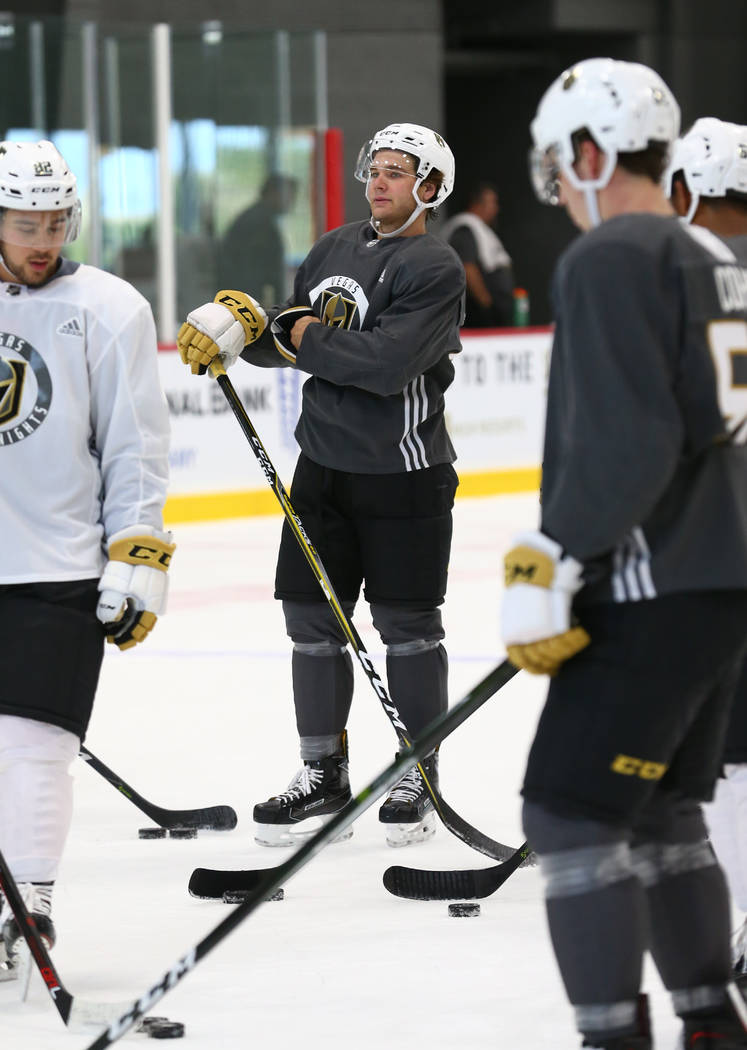 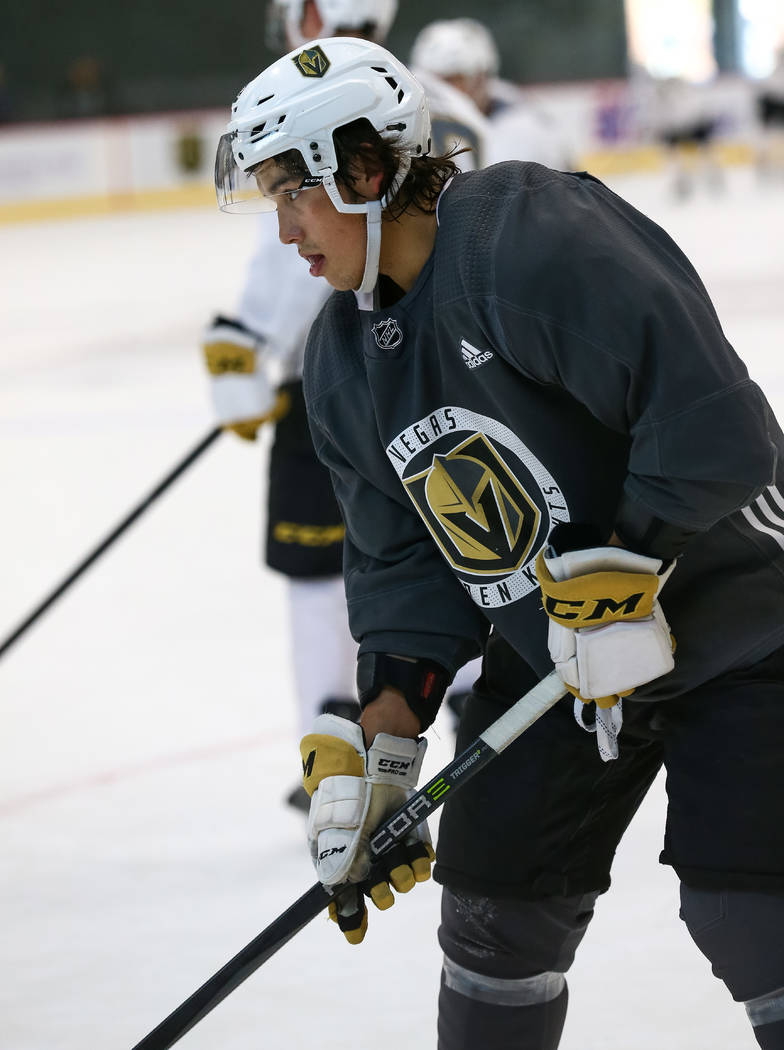 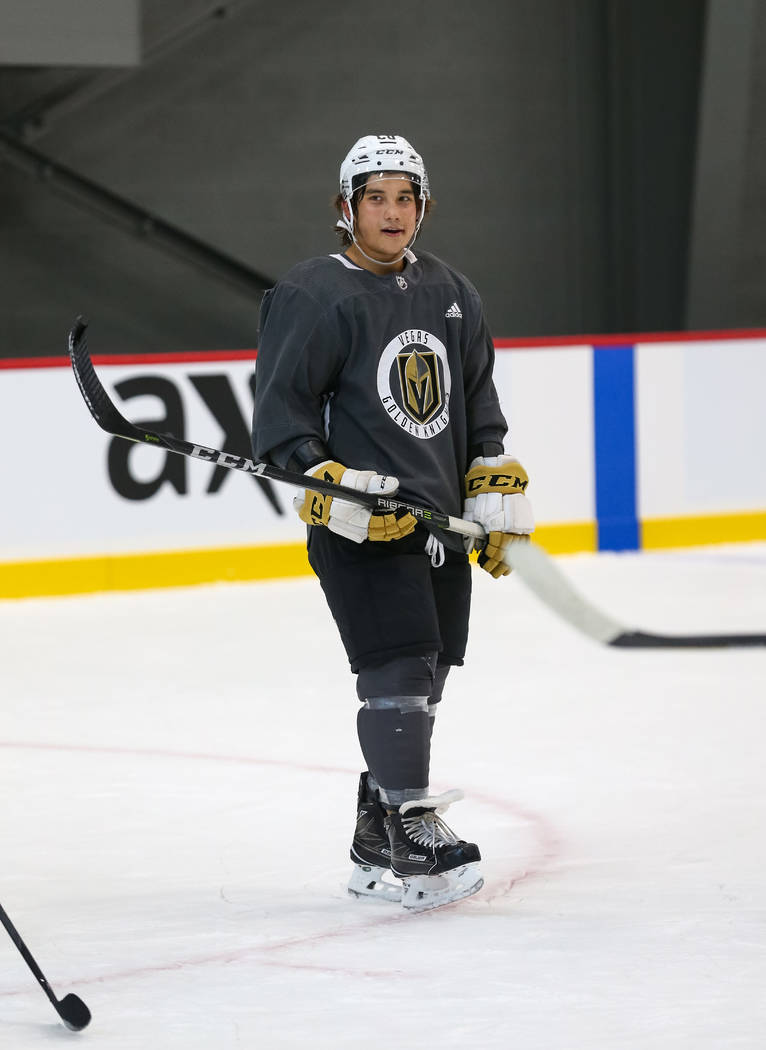 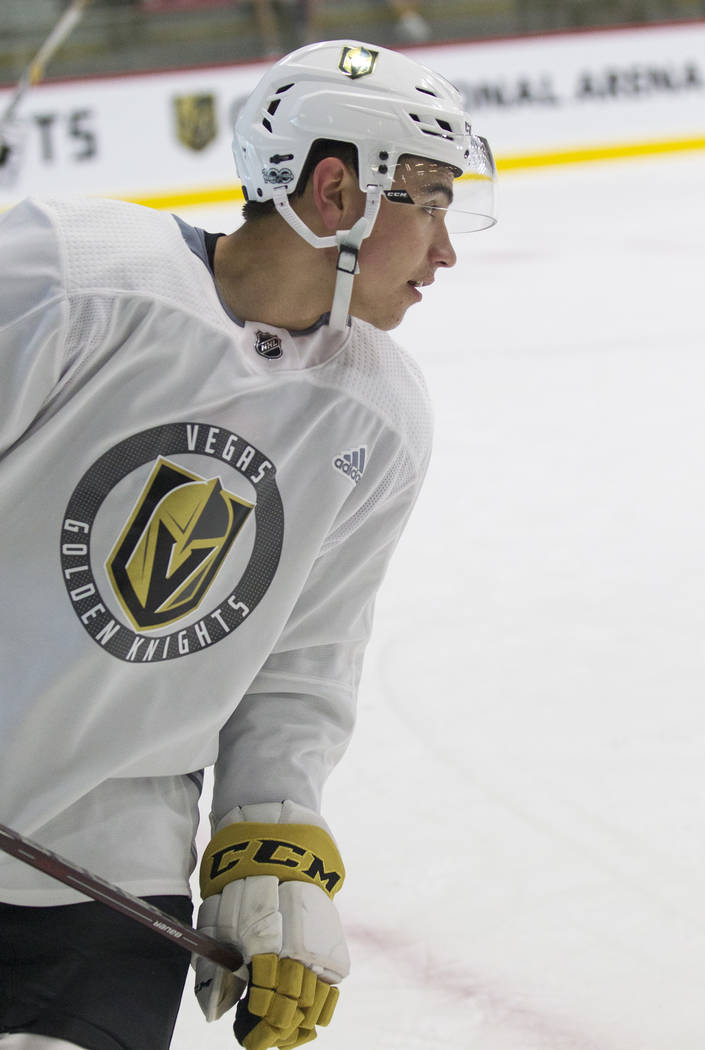 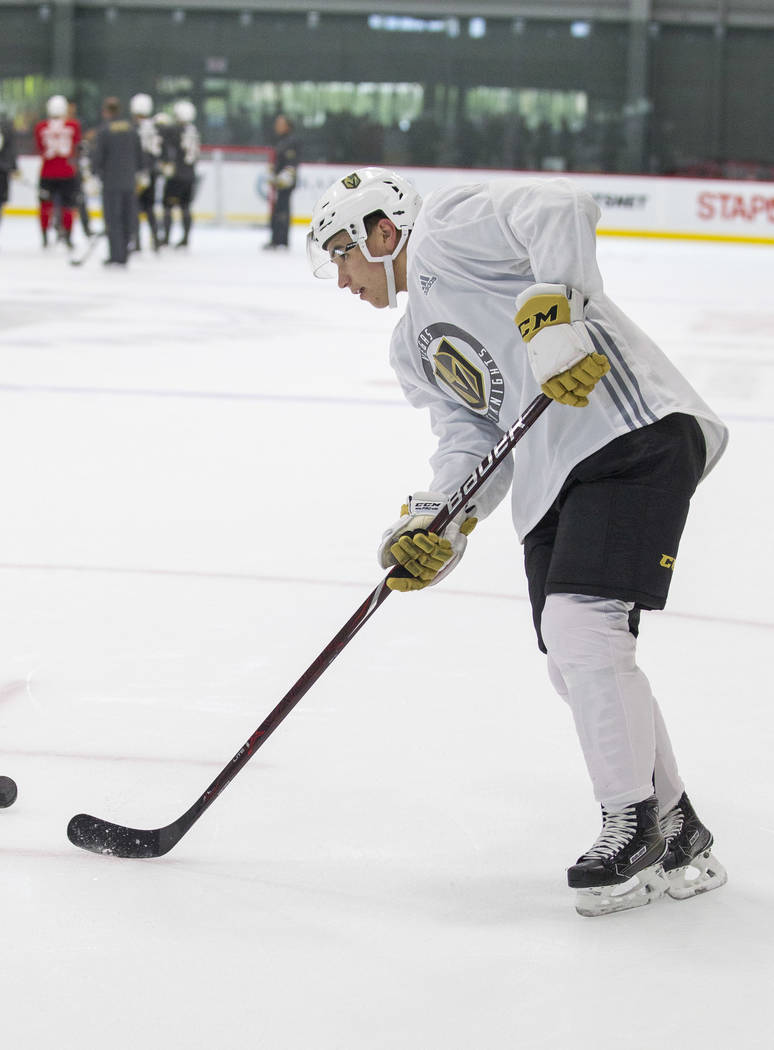 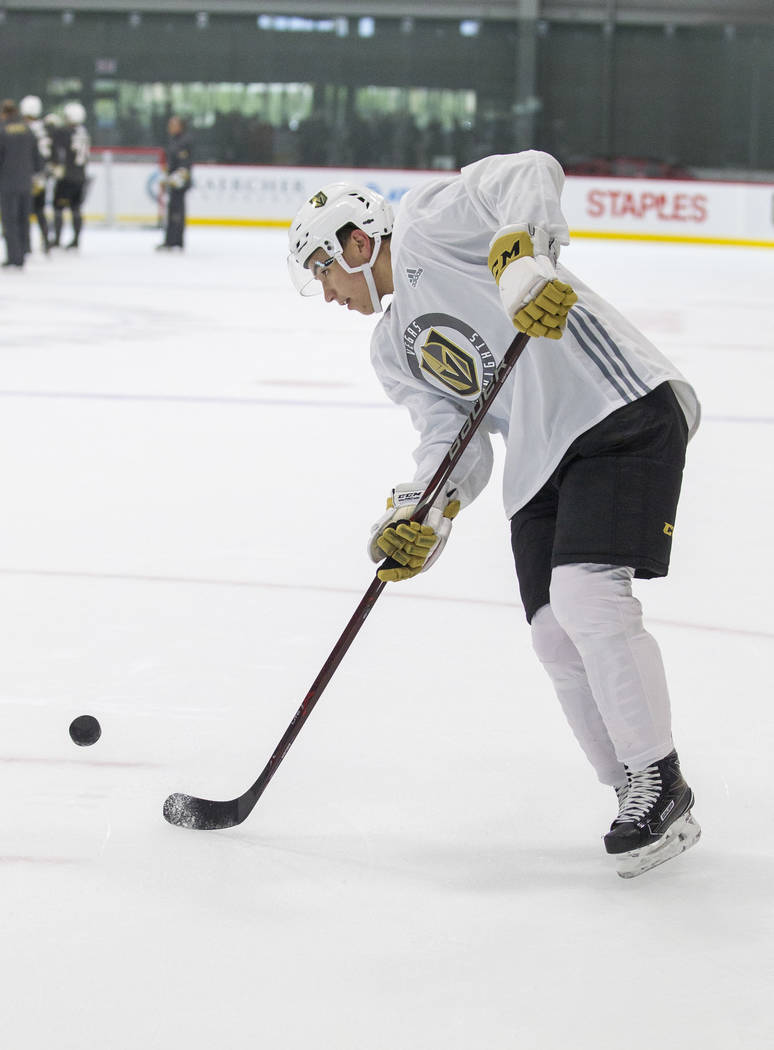 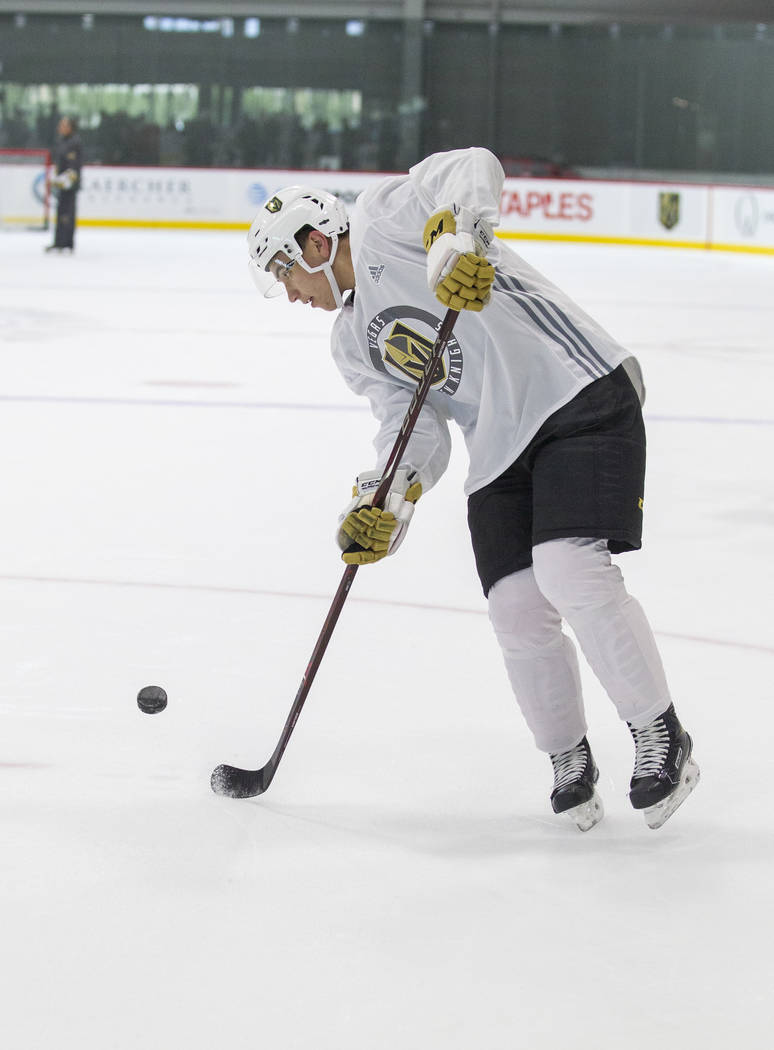 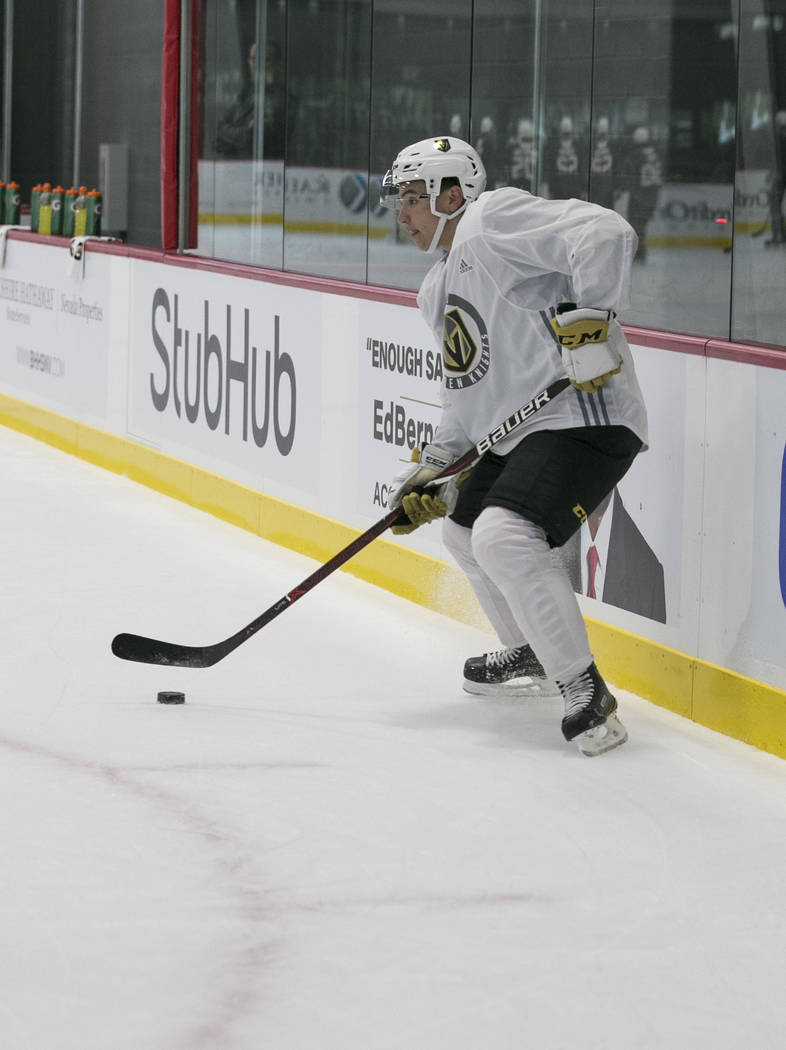 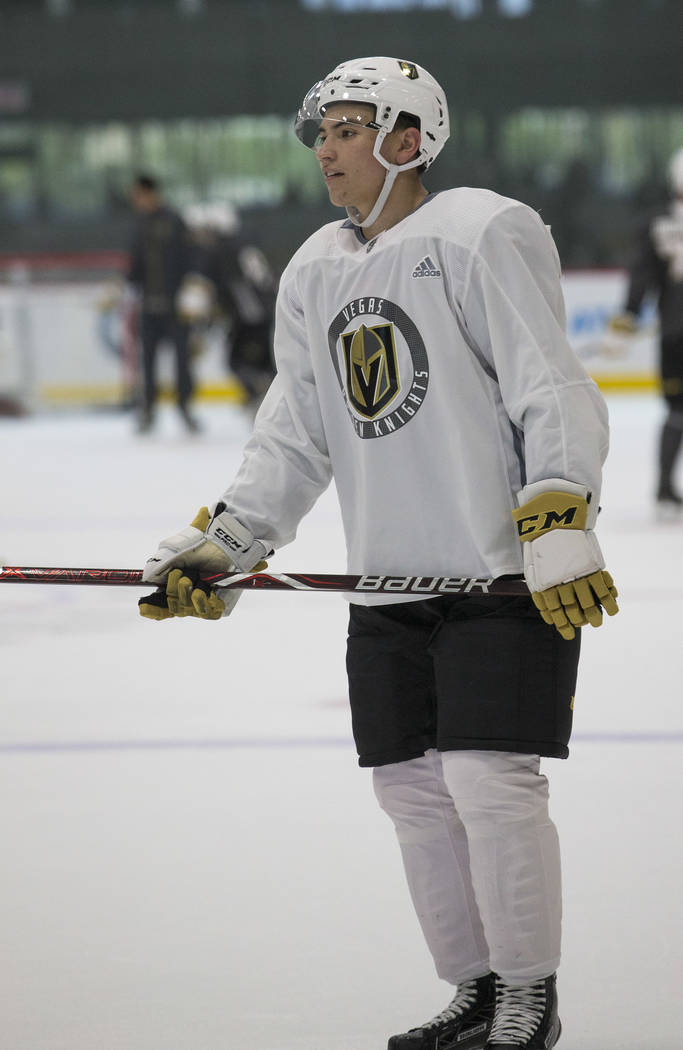 Golden Knights general manager George McPhee says he wants players who will represent the NHL expansion team with pride and play with effort every night.

That first opportunity presents itself Tuesday as the Knights’ rookies scrimmage the Los Angeles Kings’ rookies in El Segundo, California. Yes, most if not all of the Knights’ participants probably won’t be in the NHL come opening night Oct. 6 in Dallas. But to the players and coaches, the scrimmages Tuesday (5 p.m.) and Wednesday (1 p.m.) matter.

Both games will be streamed live on the Golden Knights’ website — vegasgoldenknights.com.

“We want to put a good foot forward for the franchise,” said center Nick Suzuki, who was taken by the Knights in the first round of the entry draft in June. “I think everyone’s excited about these games.”

Defenseman Jake Bischoff said: “Most of us haven’t played in a real game for a long time. But it’s a chance to represent the organization and show them they picked the right people.”

Chicago Wolves coach Rocky Thompson, who has been running the rookie camp, said he has seen the intensity ratchet up and the players have picked up the tempo in anticipation of playing against someone beside themselves.

“Each day it gets a little better,” he said of the execution during drills. “They’ve been trying to shake off the hockey cobwebs and get ready to compete.”

It isn’t lost on Thompson that Tuesday is yet another milestone for the expansion franchise.

“It’s an opportunity for the players to show that they belong here and it’s an honor for them to represent the Vegas Golden Knights for the first time,” Thompson said.

Twenty-three players will dress for the games at the Toyota Sports Center, the Kings’ practice facility. Only forward Jake Leschyshyn, who is coming back from major knee surgery, will not play. Leschyshyn, a second-round pick, has skated during the entire rookie camp but has been held out of contact drills.

Thompson will likely play all three of the goalies in camp — Jiri Patera, Dylan Ferguson and Logan Thompson — though he didn’t say who would start. He has put together his lines with Reid Duke centering for Tyler Wong and Alex Tuch, Cody Glass working with Tomas Hyka and Alex Barre-Boulet, and Suzuki centering for Keegan Kolesar and Patrick Bajkov. The fourth line has Lucas Elvenes, Jayden Halbgewachs and Ben Jones.

The defensive pairings have Bischoff with Nic Hague and Dylan Coughlan with Nikolas Brouillard. Dmitry Osipov, Keoni Texeira and Will Warm likely will rotate with each other on the third group.

Wong said he and his linemates have been able to form some early chemistry.

“I played with Duker in Lethbridge,” Wong said of Duke. “And Tucher (Tuch) is a big guy and can get to the front of the net. I try to use my speed and be strong with the puck. I think our games complement each other and they’re easy guys to play with.”

Wong said everyone is anxious to play in the scrimmages.

“Most of us have been together going back to development camp and now through this rookie camp,” he said. “I think you’ll see a great effort from everyone and I think it’s going to be pretty intense on the ice. Everyone wants to make a good impression and get invited back (to veterans camp).”