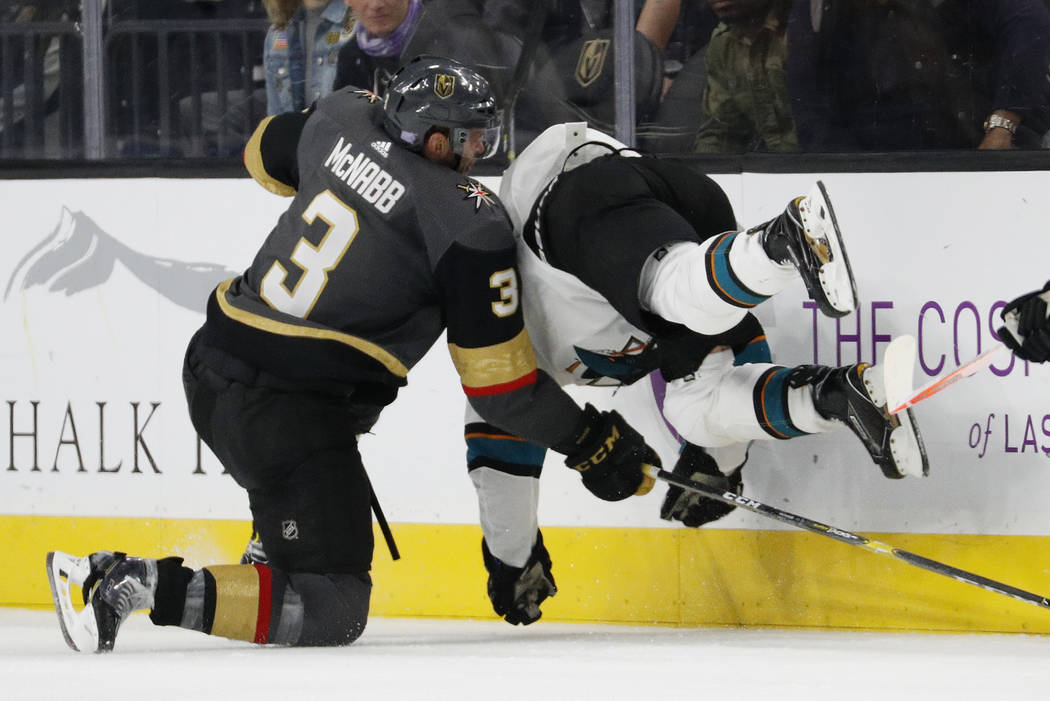 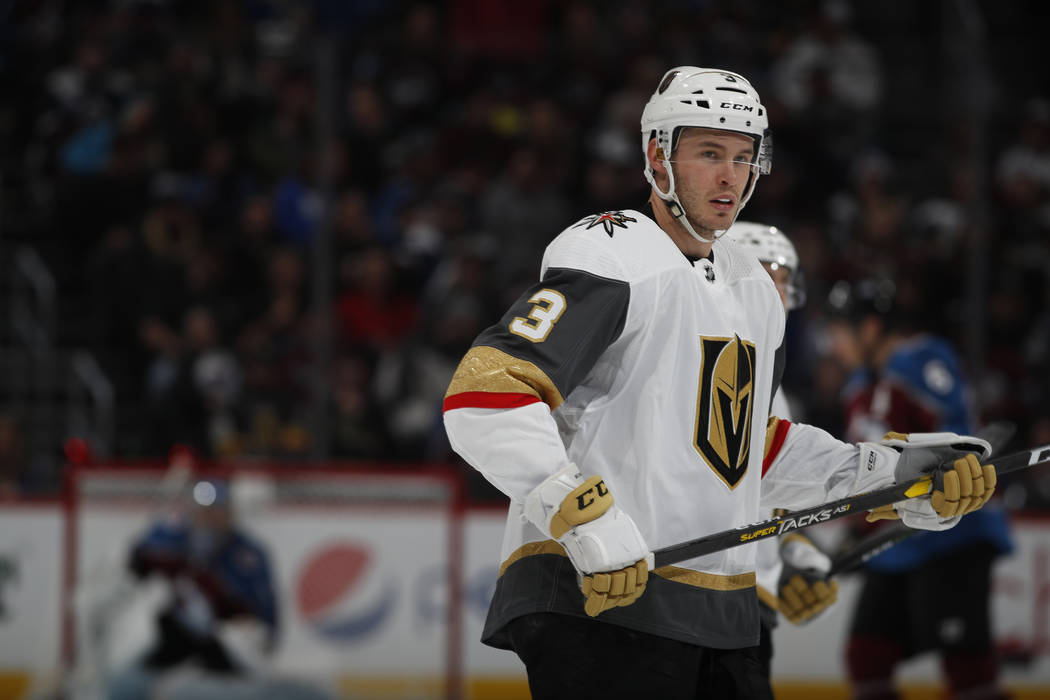 The Golden Knights defenseman received a backhand pass from center Paul Stastny and executed a perfect toe drag to maneuver the puck around Vancouver Canucks defenseman Troy Stecher and create a shot on goal.

McNabb rarely displays that kind of flair. His game instead reflects his blue-collar upbringing on a 7,000-acre grain farm in the Canadian province of Saskatchewan.

McNabb grew up driving grain carts and combines around his family’s land. He said he didn’t have to wake up early too often — “My old man was pretty good with me” — except when harvest time came around in August or September.

Then he’d rise at 8 a.m. and work until midnight so his family could sell its grain to local buyers who stored and distributed it.

“Harvest time is the grind time,” McNabb said. “It’s a lot of hours, a lot of work.”

His free time was spent mostly at a town 6 miles east called Girvin and its hockey rink. The hamlet’s population is 15 — it ceased to be a village in 2005 — but there was a rink McNabb could skate on as long as he flooded it before and after he used it.

Then that rink “fell down,” as McNabb put it, when he was 10, and he started skating at a town 15 miles away named Davidson.

McNabb became good enough that the Kootenay Ice of the Western Hockey League, the junior league Knights prospect Cody Glass plays in, drafted him in 2006. He spent parts of five seasons playing for the team in Cranbrook, British Columbia, which has a population of around 19,000.

“I was living the big city life there,” McNabb said. “I thought, anyways.”

His hockey career took him to much larger places. McNabb made his NHL debut with the Buffalo Sabres in 2011, then played for the Los Angeles Kings from 2014-17, before being selected by the Knights in the expansion draft.

Still, his humble beginnings never left his game. McNabb isn’t the fastest or the most skilled player on the ice but he works hard, plays smart and contributes to his team’s success.

“You’re not going to mistake him for Shea Theodore,” coach Gerard Gallant said, referring to McNabb’s more aggressive defensive partner. “He takes a lot of pride defensively. He defends real well. He moves the puck well up the ice. He does have some offensive ability inside the offensive blue line. We like what he does. That’s what makes a team. You’ve got to have different guys in different spots.”

Added teammate Reilly Smith: “He’s a big part of the success that we’ve had. A guy that goes unnoticed and under the radar a lot. I know playing against him previously, he’s hard to play against. He’s a physical presence back there, and he makes a lot of smart plays with the puck. His poise with the puck goes unnoticed a lot of the time, but he’s a calming presence for us.”

That steadiness allowed McNabb to succeed while playing in environments unlike anything he grew up in. He said Los Angeles was a culture shock, but so far Las Vegas suits him fine.

“It was definitely different,” McNabb said. “Here, it’s been great. It’s been lot of fun. I’ve been fortunate.”