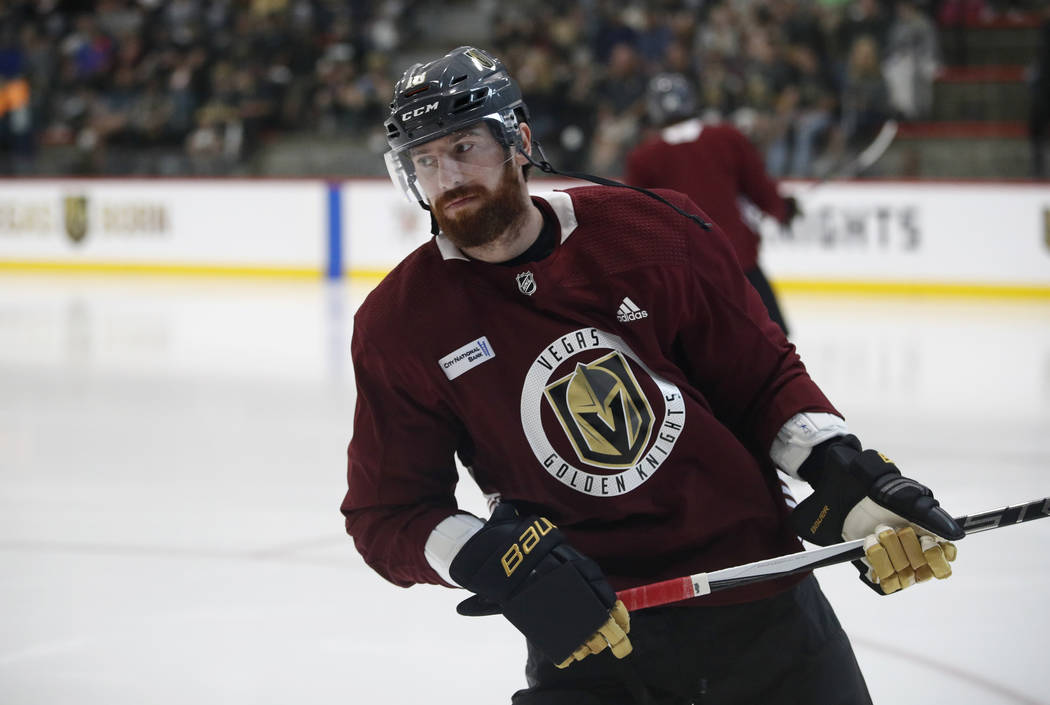 James Neal scored the first goal of the season for the Golden Knights. And the second, the game-winner from his knees on opening night in Dallas.

In fact, the veteran forward racked up six goals in the first four games to jump-start the Knights’ unprecedented first season.

Neal finished with 25 goals and lived up to his reputation as one of the league’s most consistent scorers.

“Our fans, they’re great. Seeing them around town, seeing everyone and how respectful they are, how thankful they are, it’s a pleasure to play in front of them.”

After missing all of training camp following offseason surgery on his right hand, Neal was expected to shoulder much of the scoring load.

Neal settled in on the Knights’ second line with center Erik Haula and winger David Perron and ended the regular season with 44 points in 71 games.

He was selected to the All-Star Game in January, and his 25 goals ranked fourth on the team. Meanwhile, Haula (29 goals) and Perron (66 points) each enjoyed career-best seasons alongside Neal.

“Just a lot to be proud of,” Neal said. “It’s obviously hard right now, but it’s something as we get older we’ll look back on it and end up with a lot of smiles and be proud of what we did here.”

Neal reached the 20-goal mark for the 10th straight time in his career. He is one of five active players to record at least 20 goals in his first 10 seasons, joining Alex Ovechkin, Patrick Kane, Jonathan Toews and Thomas Vanek.

Neal added six goals and 11 points during the postseason and was a vocal leader during the Knights’ memorable run to the Stanley Cup Final.

“It’s really special. Obviously not the way we wanted to finish,” Neal said. “I think we’ve got a bright future. I think we’re going to have a really similar group, so we’ve got a chance to do great things here. We’ll try to hold our heads high, learn, grow from what we experienced this year and what we did and be better for it.”

The question surrounding the 30-year-old Neal is whether he will return to the Knights.

Neal will be an unrestricted free agent and could command a contract this summer that is out of the Knights’ price range.

“I love it here. I thought we had a great thing going here,” Neal said. “Honestly I just want to win. I want to be part of a great team. I want to have fun coming to the rink every day. I got that here, so whatever it takes, hopefully we can work something out.

“I love a lot of things here, so it’s tough the way we go out, but like I said, we’ve got a lot to be proud of. Hopefully I can be part of this for a long time.”