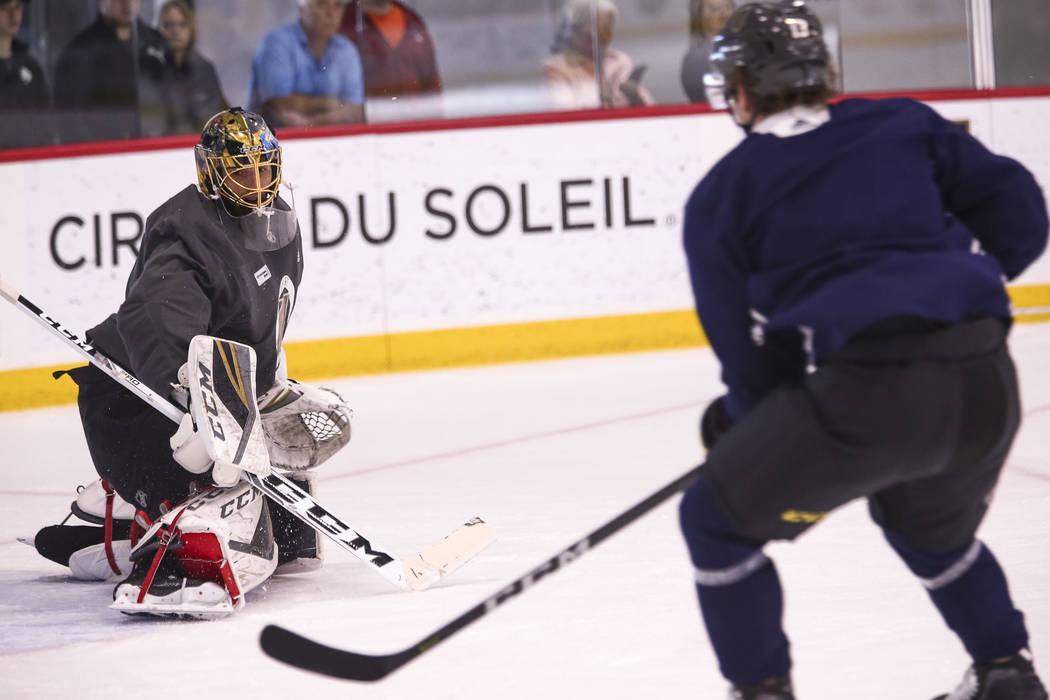 Marc-Andre Fleury’s nearly two-month stay on the injured reserve list ended Sunday after the Golden Knights activated their starting goaltender. Fleury had been out since Oct. 13 when he suffered a concussion in the second period against Detroit and has not played since.

Fleury missed 25 games with the concussion, the third of his career. He practiced with the team last week and is expected to start Tuesday when the Knights host Carolina at T-Mobile Arena. Fleury is 3-1 with a 2.48 goals-against average and a .925 save percentage.

To make room for Fleury, the Knights assigned goaltender Maxime Lagace to the American Hockey League’s Chicago Wolves. Lagace was recalled October 22 and appeared in 14 games for the Golden Knights, making 13 starts. He was 6-6-1 with a 3.79 GAA and an .872 saving percentage.