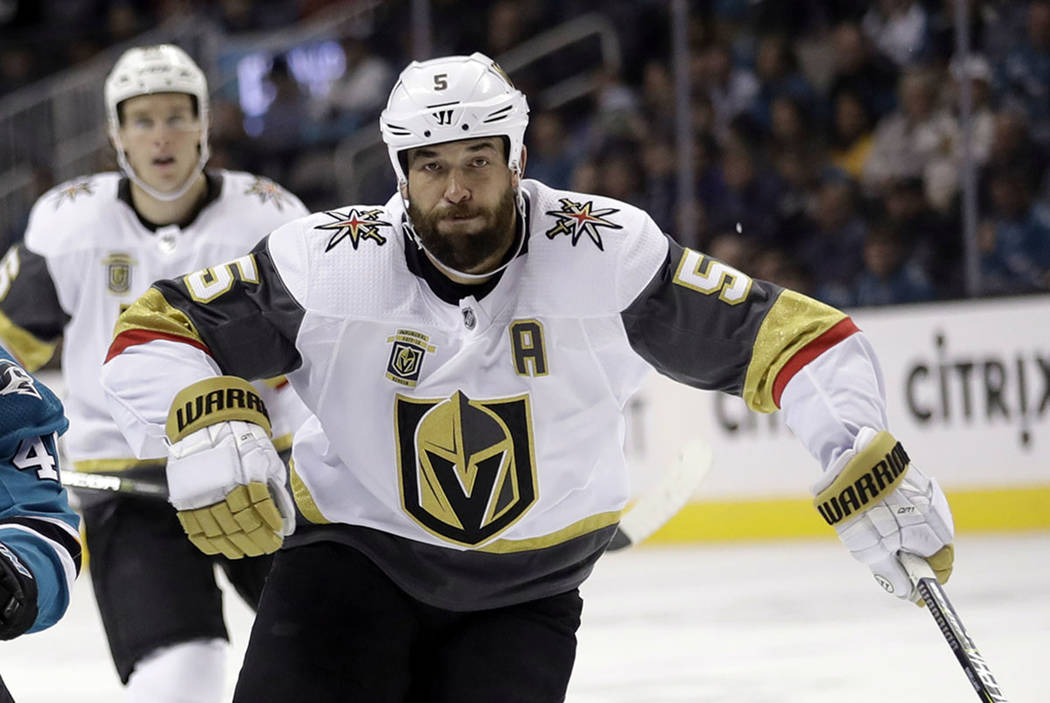 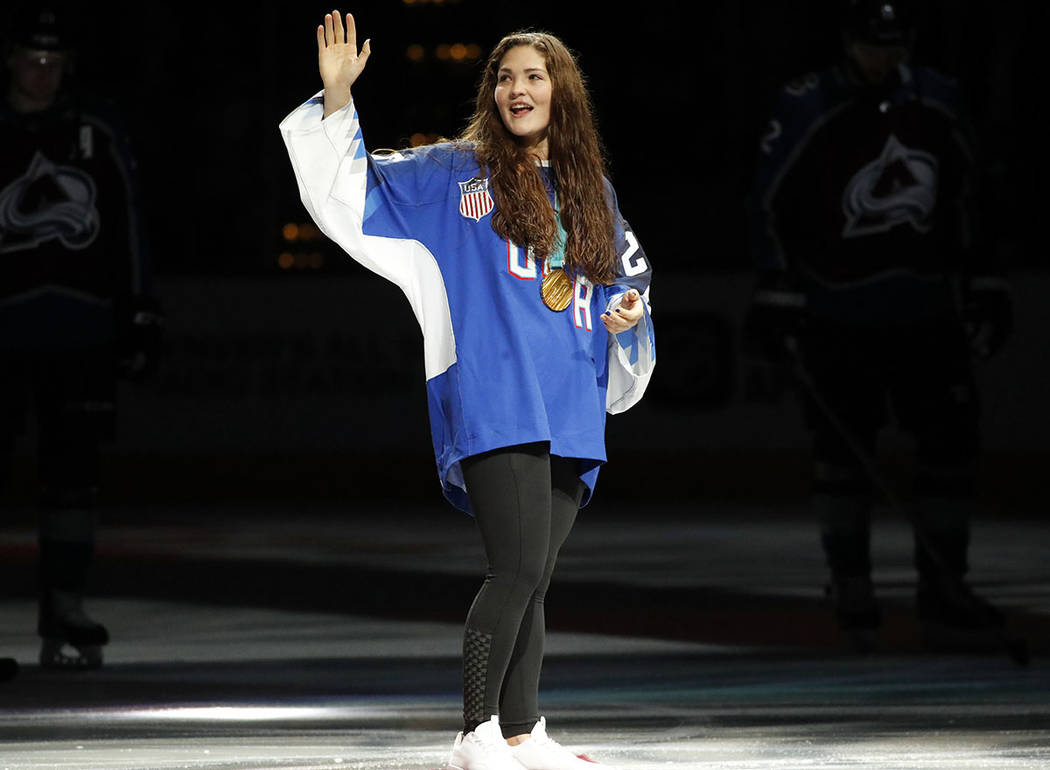 United States gold medal winning olympic hockey player Nicole Hensley of Littleton, Colo., waves to the crowd as she is introduced before taking part in a ceremonial puck drop before the Colorado Avalanche played the Vegas Golden Knights in an NHL hockey game Saturday, March 24, 2018, in Denver. (AP Photo/David Zalubowski) 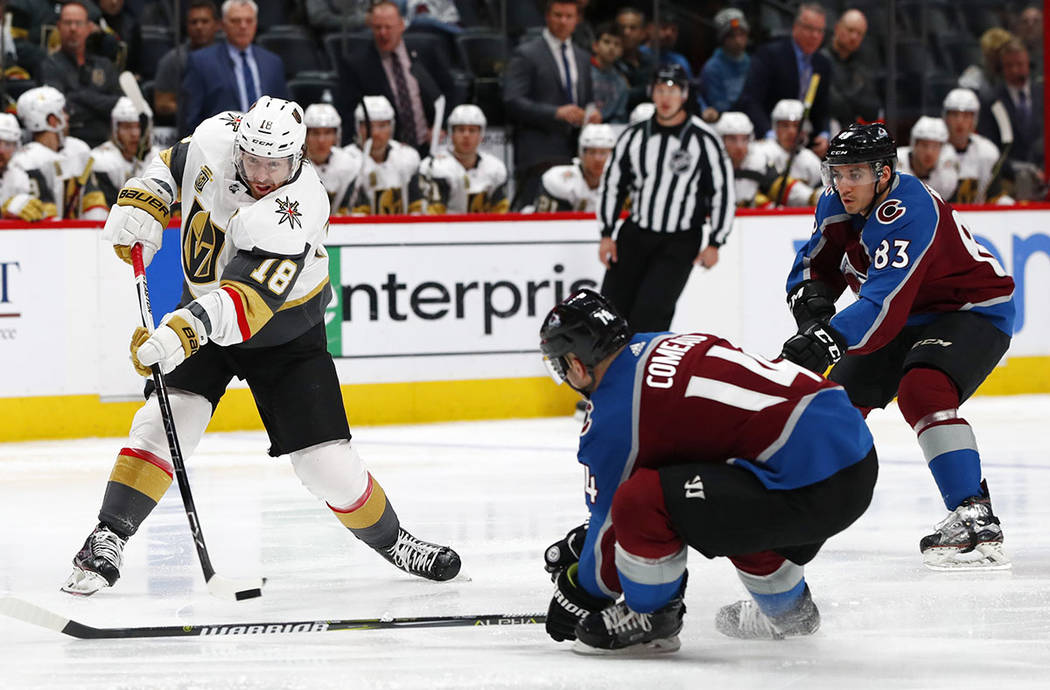 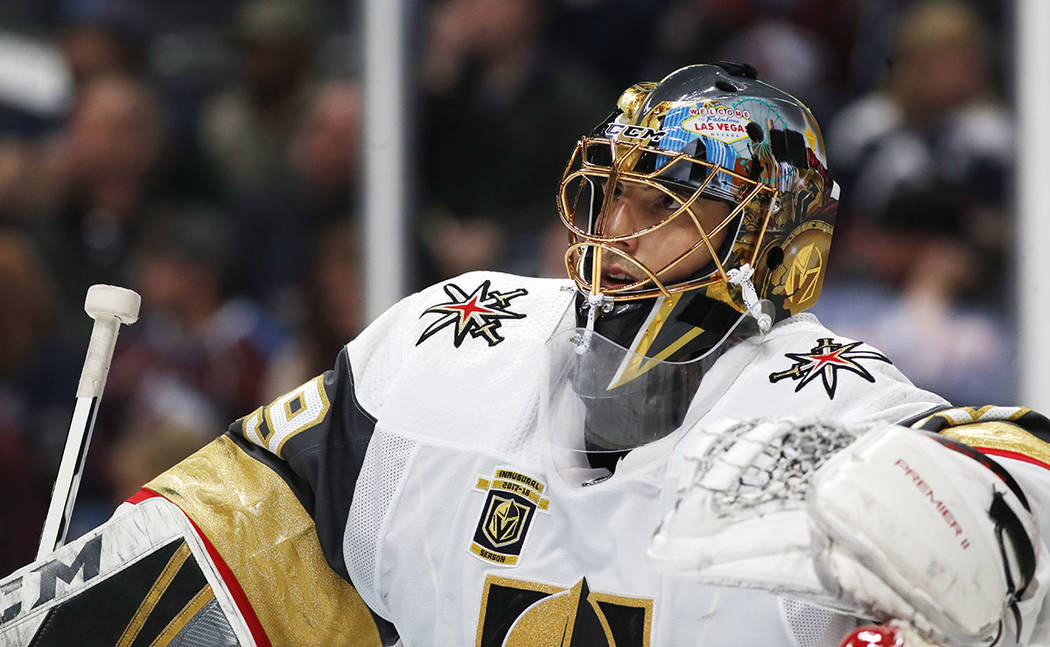 Vegas Golden Knights goaltender Marc-Andre Fleury leans on the top of the net during a time out against the Colorado Avalanche in the third period of an NHL hockey game Saturday, March 24, 2018, in Denver. Colorado won 2-1 in a shootout. (AP Photo/David Zalubowski) 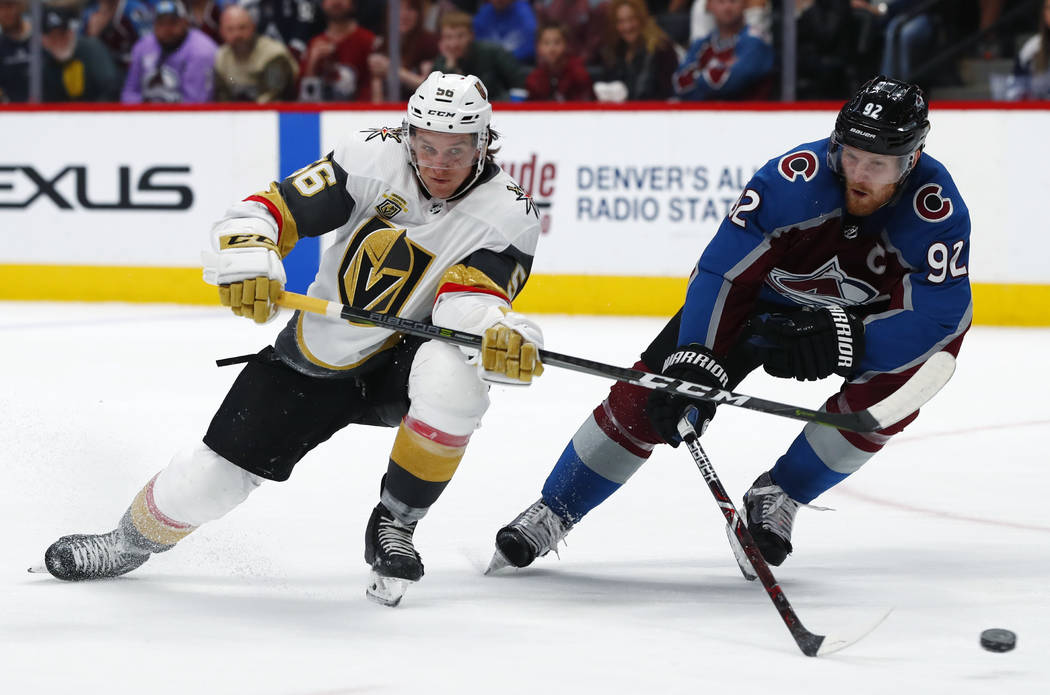 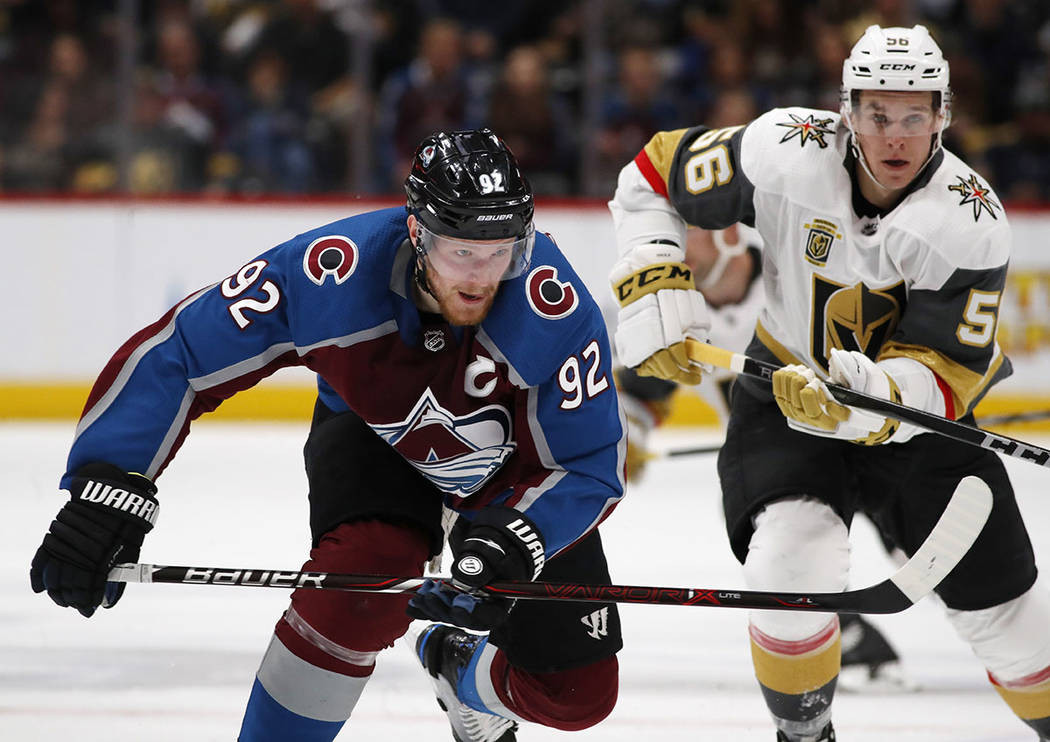 Whether the Golden Knights defenseman is injured or was simply being rested before the playoffs, only the team knows.

Engelland played Thursday at San Jose, but did not practice with the team Friday in Colorado.

He was replaced by Brad Hunt, who skated with Jon Merrill. Colin Miller moved into Engelland’s normal spot on the blue line alongside Shea Theodore.

Hunt was credited with seven shots on goal, three hits and two blocked shots in 14:28 of ice time.

Gallant has been increasingly mum on injuries as the postseason approaches, and his silence on the matter Saturday — both before and after the game — seemed to indicate Engelland was hurt.

Not so fast, according to Gallant.

“There’s no update, so don’t go with that assumption to be honest with you,” he said.

The Knights went 3-for-4 on the penalty kill against the Avalanche and have uncharacteristically struggled to stay out of the box the past two games.

Against San Jose and Colorado, the Knights took 10 penalties. They entered Saturday’s game third in the NHL in fewest penalty minutes per game at 6.9.

On a positive note, the Knights successfully killed 12 straight power plays dating back to March 16 before Colorado’s Carl Soderberg scored in the first period.

“It’s more than we usually get, but again, we’ve got to get away from those penalties,” Gallant said. “The guys don’t want to take penalties. There was a couple careless stick penalties there, and we’ve just got to make sure we don’t take them.”

Hensley is a native of Lakewood, Colorado.

Defensemen accounted for more than half of the Knights shots on goal (22 of 40). Theodore finished with a team-high eight shots on goal. … Knights forward Erik Haula celebrated his 27th birthday Friday. … Colorado improved to 16-3-1 in its past 20 home games and 26-10-2 overall at Pepsi Center.