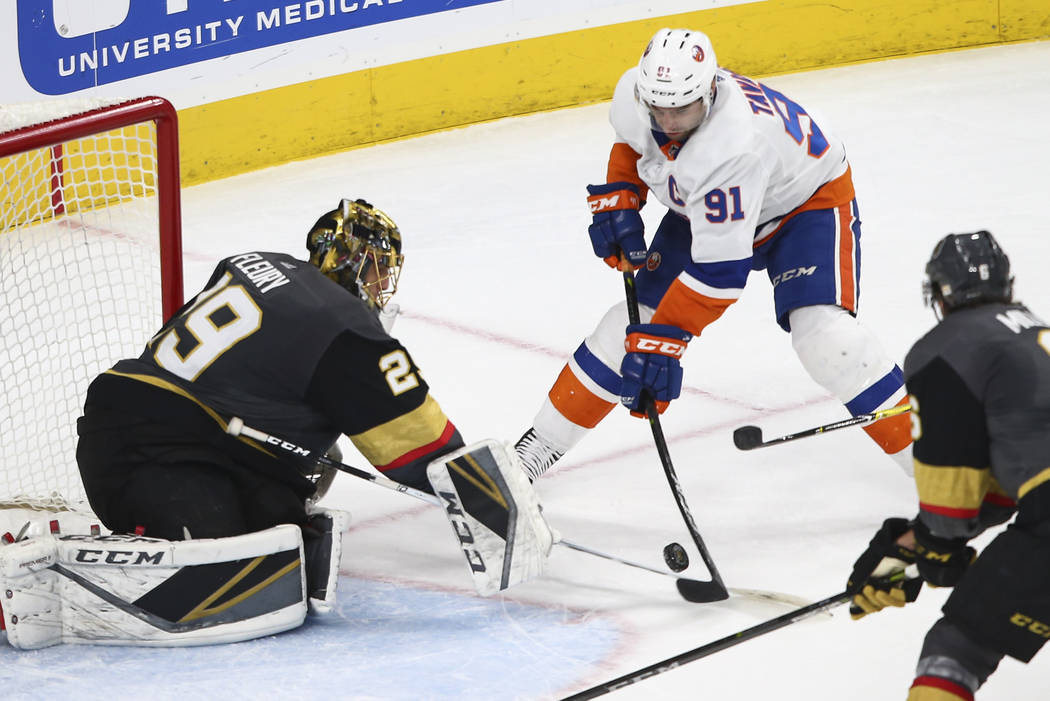 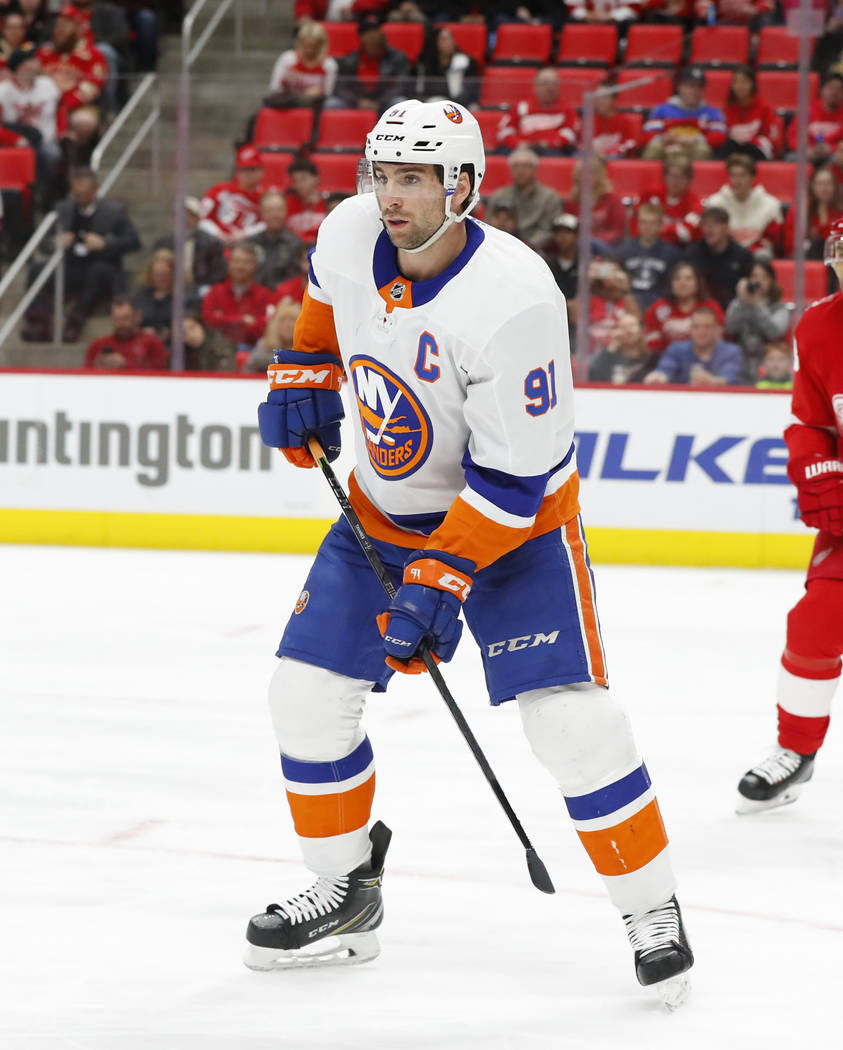 They’re in. They’re out. The Golden Knights reportedly were set to offer a contract to prized free agent John Tavares and wave it all about.

Tavares, a two-time finalist for the Hart Trophy as league MVP, and his representatives are set to listen to pitches from at least five teams beginning Monday in Los Angeles.

The Western Conference champion Knights were one of those clubs, according to multiple reports, but the Knights’ spot at the negotiating table may have changed over the course of Sunday night as Tavares finalized his list.

The San Jose Sharks and Toronto Maple Leafs are among the teams preparing presentations to Tavares, one of the biggest names to hit the free-agent market. Dallas and Tampa Bay also have been mentioned as possible suitors if he doesn’t re-sign with the New York Islanders.

Beyond that, it was unclear if Tavares might have the Knights in his sights this week as the interview period for unrestricted free agents began Sunday, though players can’t officially sign until July 1.

General manager George McPhee declined through a team spokesperson Sunday to comment on whether he will meet with Tavares and his representatives.

Tavares is expected to command the maximum seven-year contract with an average annual salary between $11 million and $12 million.

That would put him behind only Edmonton’s Connor McDavid, who has a salary cap hit of $12.5 million for 2018-19, as the NHL’s highest-paid player.

The Islanders are the only team eligible to offer Tavares an eight-year deal, and there were reports Saturday the team tabled an offer worth at least $88 million.

The scuttlebutt at the draft among executives was that Tavares will remain in New York and was following a similar path to Tampa Bay’s Steven Stamkos two years ago. Stamkos listened to multiple offers before he signed an eight-year extension with the Lightning days prior to free agency.

“I think that he’s earned every right to make whatever choice he has,” Islanders general manager Lou Lamoriello told reporters at the draft Saturday before flying to Los Angeles, where he will await word from Tavares’ camp. “The most important thing is that we hope in the end that he’s an Islander.”

The Islanders have missed the playoffs the past two seasons. Tavares has played 24 playoff games over his nine-year career (for comparison, the Knights played 20 this spring).

The Knights reached the Stanley Cup Final in their inaugural season and would be one of the favorites to make it there again with Tavares in the fold.

They are projected to have more than $30 million in salary cap space this offseason to help lure Tavares and also remain linked with Ottawa defenseman Erik Karlsson in trade talks.