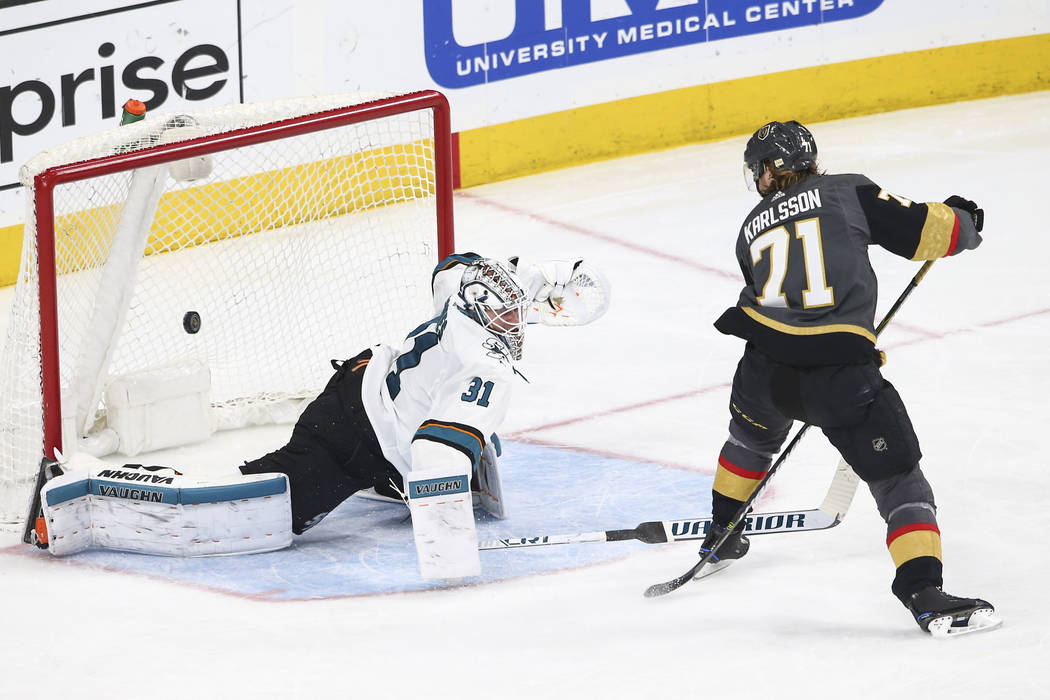 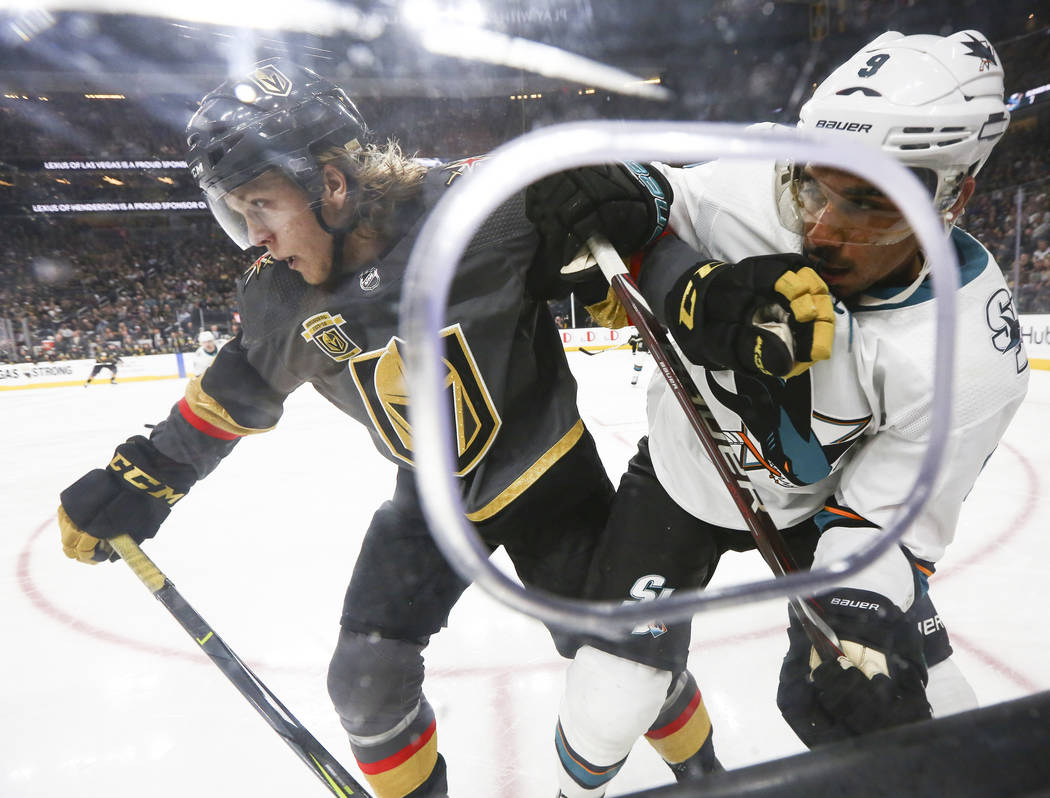 The destination has changed, but the road map for success the Golden Knights have used all season remains the same.

The Knights will face the San Jose Sharks in the Western Conference semifinals next week at a date and time to be determined. Games 1 and 2 will be at T-Mobile Arena.

Both teams are coming off four-game sweeps in the opening round; the Knights eliminated the Los Angeles Kings and the Sharks ousted the Anaheim Ducks.

“We know them well,” Knights coach Gerard Gallant said Thursday as his players got a second straight day off. “They play the same game. They’re a very good hockey team, very solid. Pete DeBoer is an excellent coach, and he has them playing really well right now. 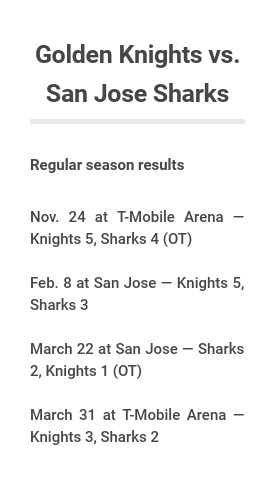 “But we’re not going to change how we play. It’s going to be a great series.”

The two teams met four times during the regular season with the Knights going 3-0-1. The Sharks won 2-1 in overtime March 22. The margin of victory for either team in three of the four meetings was just one goal and, the 5-3 win by the Knights on Feb. 8 in San Jose had Jonathan Marchessault scoring into an empty net with 1:21 to play.

When asked about the Knights after his team closed out the Ducks on Wednesday, DeBoer said: “I haven’t really thought about it. All I can tell you is I remember playing them in November and walking out and going, ‘This isn’t a mirage. These guys are for real. Their game was real — the way they came out you, the tenacity they played with, the depth they have.’

“That opinion, for me, hasn’t changed in any of the games we’ve played them, and it went back as far as November when we played them early. A great test for us. We’re going to need the prep time to be ready. I haven’t dove into them enough. I know we’re going to be heavy, heavy underdogs, so hopefully you guys write that.”

Actually, not that heavy. According to the Westgate Las Vegas Superbook, the Knights are minus-140 to win the best-of-seven series and minus-135 to win Game 1.

Gallant and his staff will use the extended time off judiciously. Practices will be short. Video sessions will be the norm while the usual off-ice conditioning routines remain in place.

“Do I wish we were starting the series Saturday night? Sure,” Gallant said. “I’m sure the Sharks feel the same way. But we’ll practice the same way. It’s more like training camp in terms of the time off. But it’ll be two teams that are rested, probably healthy and ready to go.”

The Knights came out of the opening-round series with the Kings without any major injuries, so it figures to be crowded on the ice at City National Arena when the Knights return to work at 10 a.m. Friday. The team will also skate at 10 a.m. Saturday and Sunday. All practices are free and open to the public.

The Sharks hope to have their alternate captain, Joe Thornton, back after he missed the first round against the Ducks; he is recovering from knee surgery in February. The acquisition of forward Evander Kane from Buffalo at the Feb. 26 trade deadline was a big pickup. Kane had nine goals and 14 points in 17 regular-season games for San Jose. He has three goals and an assist in the playoffs.

“He’s a big, strong guy who can skate, and he seems to have fit in with his teammates,” Gallant said.

Sharks center Joe Pavelski, who had five points against the Knights in the four regular-season games, said of the matchup: “They’ve been a really good team. All around, they have some high-end players. They’re playing good. They’ve got a good goalie over there (Marc-Andre Fleury) who is playing well, too, so something will have to give.”