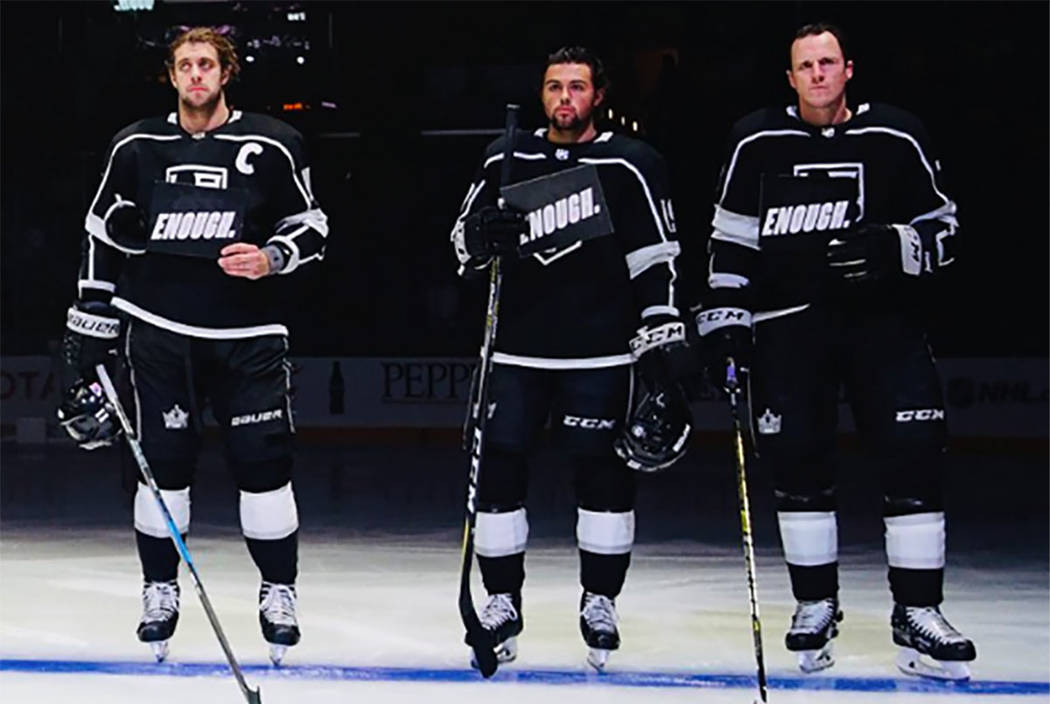 Kings players hold up signs that read "Enough." at Thursday night's game against Minnesota in Los Angeles. (Kings via Twitter)

The Los Angeles Kings held a moment of silence prior to Thursday night’s game against Minnesota to honor the 12 people killed in a mass shooting at a bar in Thousand Oaks on Wednesday.

Both teams held up signs that said “Enough.” and wore stickers on their helmets that said the same.

“I think at some point we all looked at each other and said: ‘It’s enough.’ We’ve got to stop the violence. It’s not enough for every sports organization to just do a moment of silence. We need to do more,” Kings President Luc Robitaille said on Twitter.

Tonight, the LA Kings and Minnesota Wild share in the goal to amplify the message that acts of this nature cannot be accepted in our world. #ENOUGH pic.twitter.com/XDErFFA8Ct

The Kings lost to the Wild, 3-1, as Minnesota’s Zach Parise had a goal and an assist to reach 700 points in his NHL career.