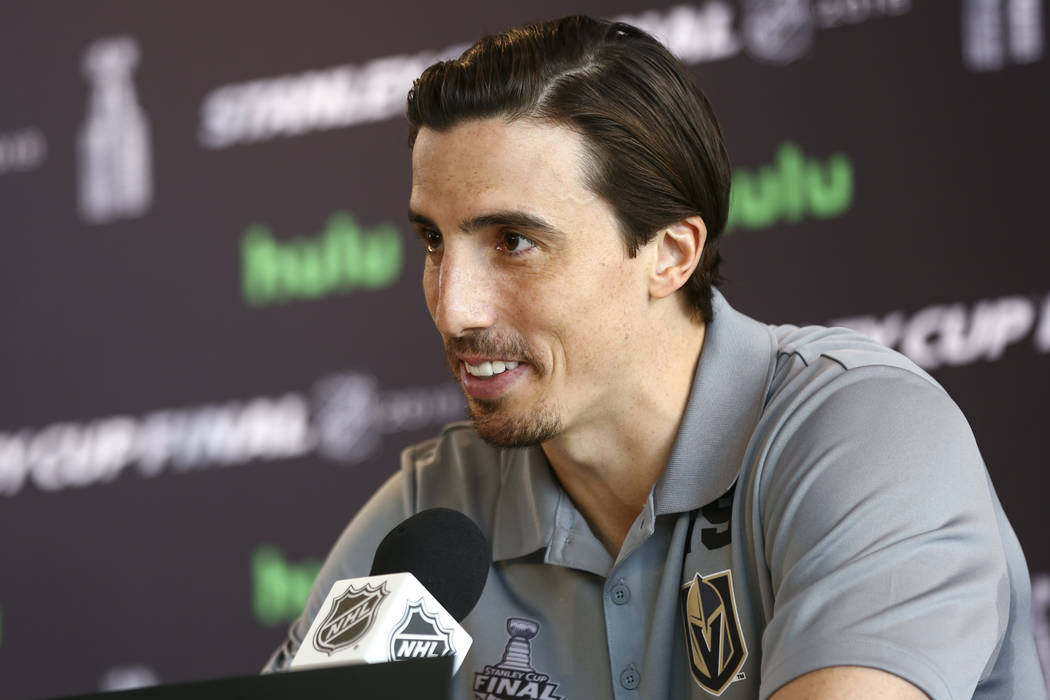 Here is the weirdest part about Marc-Andre Fleury’s first season with the Golden Knights:

It’s not enough that the goaltender had one of the best seasons of his career at age 33. The Knights received a second-round draft pick in 2020 for taking him, too.

Fleury was everything the Knights hoped for — and more — when they cut a deal to select him from the Pittsburgh Penguins in the expansion draft last summer.

He dazzled the fans at T-Mobile Arena with his glittering white pads and acrobatic saves, and he backstopped the Knights to the Pacific Division title and an improbable run to the Stanley Cup Final.

“It was a good season,” Fleury said. “I think the numbers are something, but they don’t always show the games and stuff. But I think my teammates are a great part of it. They were a big help for me throughout this season.

“I don’t know. It’s weird. A year ago, I was told I was getting too old to play. I still have a lot of fun. Certainly Vegas has given me this opportunity to do what I love, and I wouldn’t want to go anywhere else, and hopefully I can finish my career here.”

Fleury was coming off the worst regular season of his career in 2017 with the Penguins, but “Flower” flourished in the desert.

Despite missing 25 games from October to December because of a concussion, Fleury posted a 29-13-4 record and set career bests in goals-against average (2.24) and save percentage (.927).

He made the All-Star Game for the third time, and on March 12 at Philadelphia he became the 13th goalie in NHL history to reach 400 career victories.

“It was a crazy year,” Fleury said. “From our team’s success to the support we’ve gotten from the fans. It was the best building to play around the league. There were so many questions bringing a hockey team to Vegas. I think every expectation was pretty much exceeded.

“It was a lot of fun, a great bunch of guys. To see how many people I meet on the street and saying they like the team, they follow our team, they’re proud of the hockey team in Vegas. It means a lot.”

Fleury turned up his game in the first three rounds of the postseason, but he couldn’t maintain his historic pace in the Stanley Cup Final against the talented Washington Capitals.

Fleury was seeking to become the 11th goaltender to win the Stanley Cup at least four times.

He has one year remaining on his contract at a salary of $5.75 million before he becomes an unrestricted free agent. But the veteran netminder hopes to be with the Knights long enough to see what they do with that 2020 draft pick.

“I think next year everybody knows we can do well,” Fleury said. “And as a group, as a team, I think right from the start more will be expected, and that’s fine. I think we can answer the bell and just try to be successful throughout the season.”