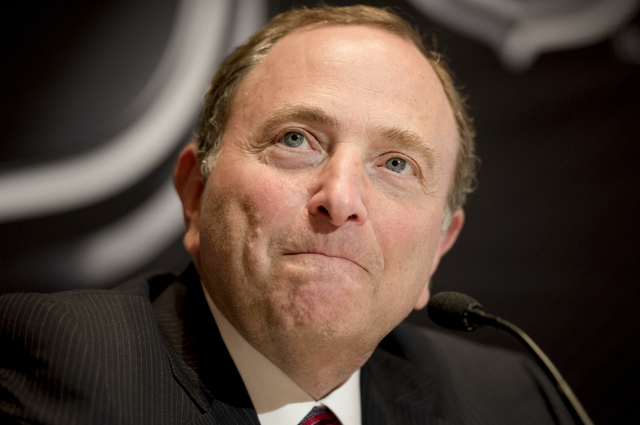 NEW YORK — As the NHL prepares to inaugurate a team in Las Vegas, the league has hired a monitor to watch for suspicious gambling activity, which can be an early warning of cheating in the sport.

It’s the latest U.S. sports deal for sports data company Sportradar, which is part owned by the NFL. The Swiss company is also close to a six-year, $250 million contract with the NBA that would provide the league’s data to global betting houses. When that deal is complete, Sportradar will be in business with three of the four major U.S. sports leagues.

Opposition to legalized sports betting in the U.S. seems to be weakening among major league sports. NBA commissioner Adam Silver has said he thinks such a move is inevitable, and some NHL owners have suggested they are warming to the idea.

“You would be surprised how far this cancer is already in sport,” he said. “There’s already international organized crime looking into this topic.”

Major League Baseball signed an integrity agreement nine months ago with Genius Sports, a London-based firm that also monitors global betting. Baseball officials said at the time that they wanted to take an abundance of caution to protect the sport’s credibility with fans.

When the Las Vegas expansion was announced, commissioner Gary Bettman said the NHL wasn’t deterred by the city’s legal sports betting because far less money is wagered on hockey than other major sports. According to the Nevada Gaming Control Board, $1.8 billion was bet on football and $1.4 billion on basketball in the year ended April 30. Hockey is lumped into a separate “other” category with less popular sports that drew $336 million in bets during that time.

“While we have the utmost confidence in the integrity of our sports and our games, Sportradar’s Fraud Detection System provides an additional layer of security and protection,” Bettman said in a statement.

Revolution Growth, the venture capital firm cofounded by Washington Capitals owner Ted Leonsis, is also an investor in Sportradar, which monitors 550 betting operators worldwide. Leonsis didn’t play a role in the company’s talks with the NHL, Krannich said. Other investors in the company include Mark Cuban and Michael Jordan.