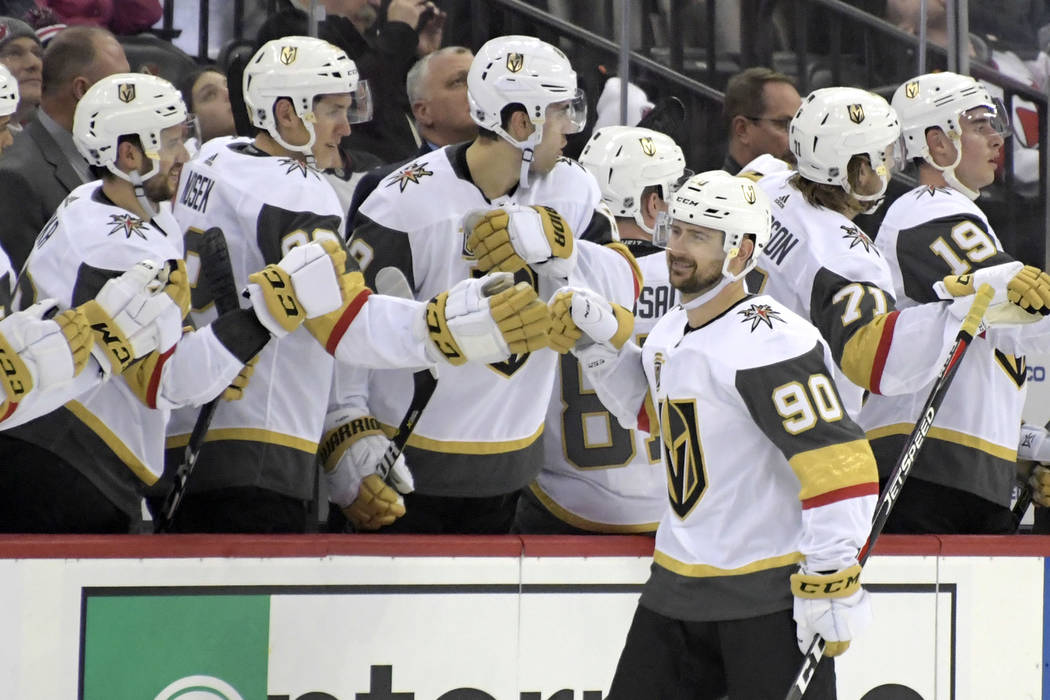 DETROIT — Wednesday was an off-day for the Golden Knights. But there was no time for Tomas Tatar to relax.

The forward, who was acquired Feb. 26 from the Detroit Red Wings, was busy packing up his belongings to ship to Las Vegas. Tatar left immediately after the trade to join the Knights for their home game Feb. 27 against Los Angeles and hasn’t had a chance to attend to his personal affairs.

“It is a little stressful,” said Tatar, who will join the Knights in taking on the Red Wings on Thursday. “But it’s part of being a professional hockey player. It’s a chance to pack some things and get them to Vegas.”

In four games with the Knights, Tatar has one goal. He played 17:25 Tuesday, his longest stint yet, in a 4-1 loss to Columbus.

“He’s getting more comfortable and we’ve been playing him with different guys,” coach Gerard Gallant said. “But I like what he’s doing. He’s working hard and fitting in with what we do.”

Tatar said he remembered Detroit’s passion for hockey and being part of the team that opened the team’s new rink, Little Caesars Arena.

“It’s a great hockey environment,” Tatar said. “I’m kinda excited to be playing against the guys so soon. But I think our guys will like the new arena. It’s got a lot of good stuff and they’ll enjoy it.”

It’s also a homecoming for Tomas Nosek, who was selected from Detroit in the NHL expansion draft and played parts of two seasons for the Red Wings.

Pierre-Edouard Bellemare’s return included playing just under 11½ minutes in 14 shifts against the Blue Jackets. The center took his usual shift as a penalty killer and helped the Knights kill off a pair of Columbus power play opportunities.

Bellemare had missed seven games with an upper-body injury after getting hurt Feb. 17 against Montreal.

“It was good to see him back on the ice,” Gallant said of Bellemare. “We certainly missed him.”

The Knights (18-12-3) are a win away from tying the NHL record for most road wins by an expansion team. The Mighty Ducks of Anaheim had 19 in their 1993-94 inaugural season.

It has been a tough year for the Red Wings, who are going to miss the playoffs for the second year in a row. Detroit, which is 26-29-11 and in fifth place in the Atlantic Division, has lost four in a row and seven of its last nine.