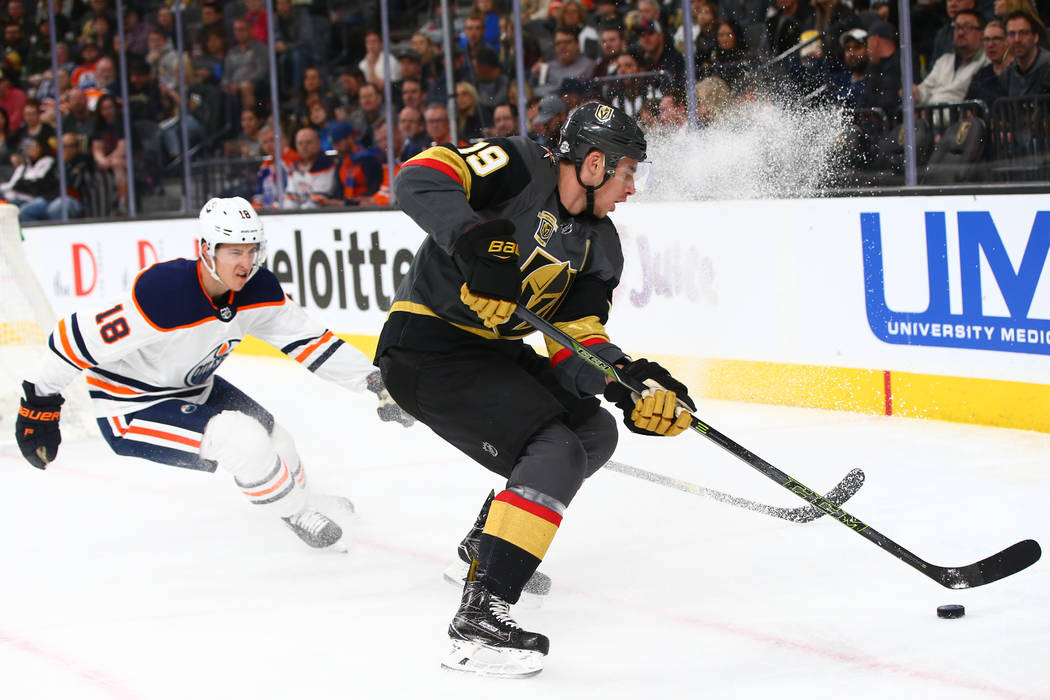 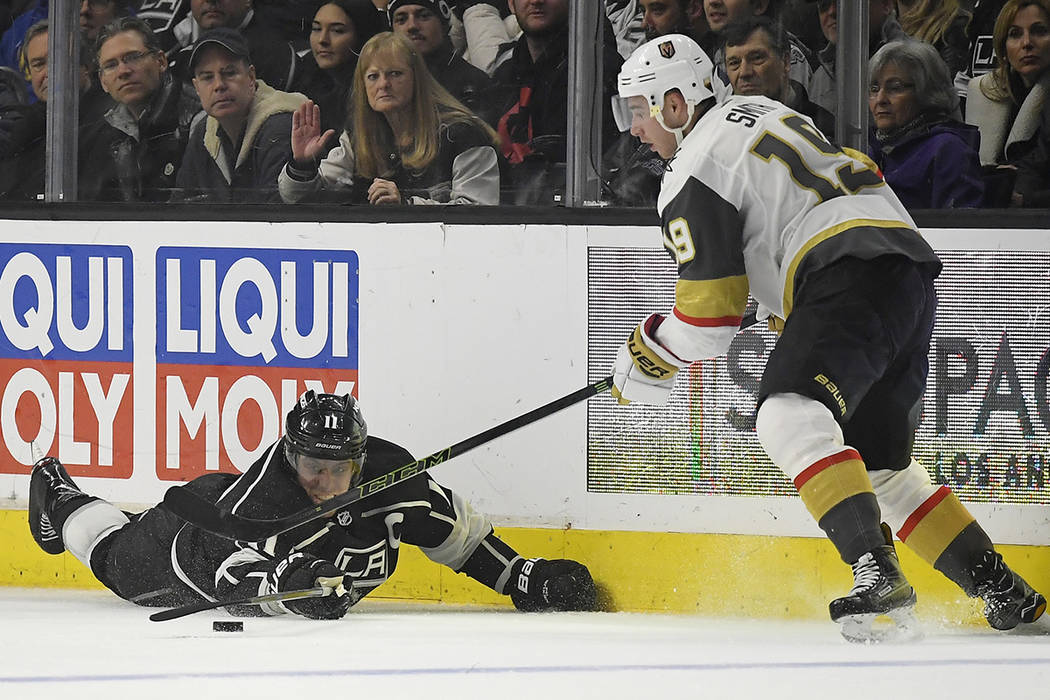 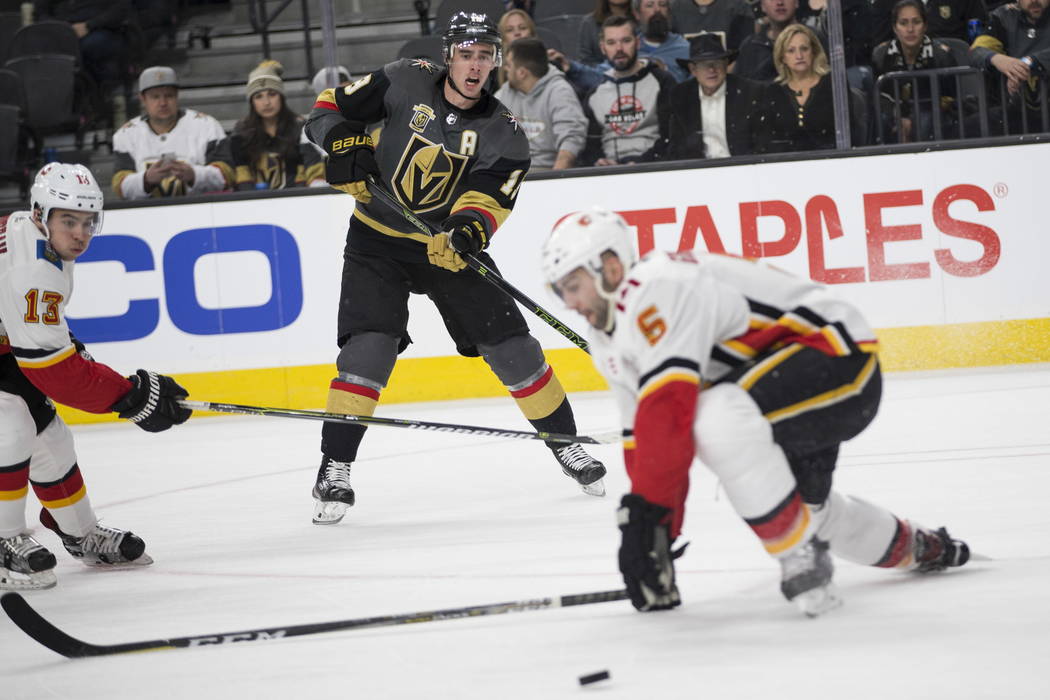 VANCOUVER, British Columbia — Reilly Smith is usually one of the last Golden Knights players on the ice for practice.

Tuesday, he was one of the first.

Smith said he missed being out there with his teammates after the forward skated with the team for the first time since sustaining an upper-body injury March 6 against Columbus.

Smith did not dress for Tuesday night’s game against the Canucks, but he hopes to get back into the lineup before the playoffs begin next week.

“I want to play every game,” Smith said after the morning skate at Rogers Arena, where he was wearing a red non-contact jersey. “But I’m not going to put a timetable on it. I feel good. Hopefully, it won’t take too long to get my timing back.”

Coach Gerard Gallant said Smith’s presence was another positive sign. Smith missed 14 games but is still fourth on the team in scoring with 22 goals and 60 points.

“He looked pretty good out there,” Gallant said. “He’s getting real close. But we’ll see. We obviously want him 100 percent for the playoffs. But it was great to see him back on the ice with the guys.”

Deryk Engelland turned 36 Tuesday, and Marc-Andre Fleury thought it was appropriate to present the defenseman with a present — a pie.

But not just any pie. Fleury concocted a shaving cream pie that he delivered to Engelland’s face as the team prepared to stretch during the morning skate.

“Didn’t see that one coming, but I probably should have,” said Engelland, who went to the dressing room to clean up after Fleury’s “gift” and was able to skip the remainder of the 30-minute skate.

Fleury, a noted prankster, said of getting Engelland: “I make a nice pie. But I had a little assistance with this one.”

Fleury wouldn’t name his co-conspirators, but he kept the mood light as the Knights are looking to finish the regular season with some momentum heading into the playoffs next week.

“Just having a little fun,” said Fleury, who served as Malcolm Subban’s backup Tuesday against the Canucks. “But I don’t think we’re getting (Engelland) another present. I don’t think he deserves anything else.”

He cleaned the shaving cream up 🤣 pic.twitter.com/dVfJsXiRwO

Hague to the AHL

Prospect Nic Hague was assigned by the Knights to their American Hockey League affiliate, the Chicago Wolves, Tuesday after forward Brandon Pirri was called up to the Knights.

Hague, a defenseman, was a second-round pick in the 2017 NHL entry draft, 34th overall. He just completed the season with his junior team, the Mississauga Steelheads of the Ontario Hockey League. Hague led Mississauga with 78 points, including 35 goals. He had four assists in the team’s opening-round postseason series, which the Steelheads lost 4-2 to Barrie.