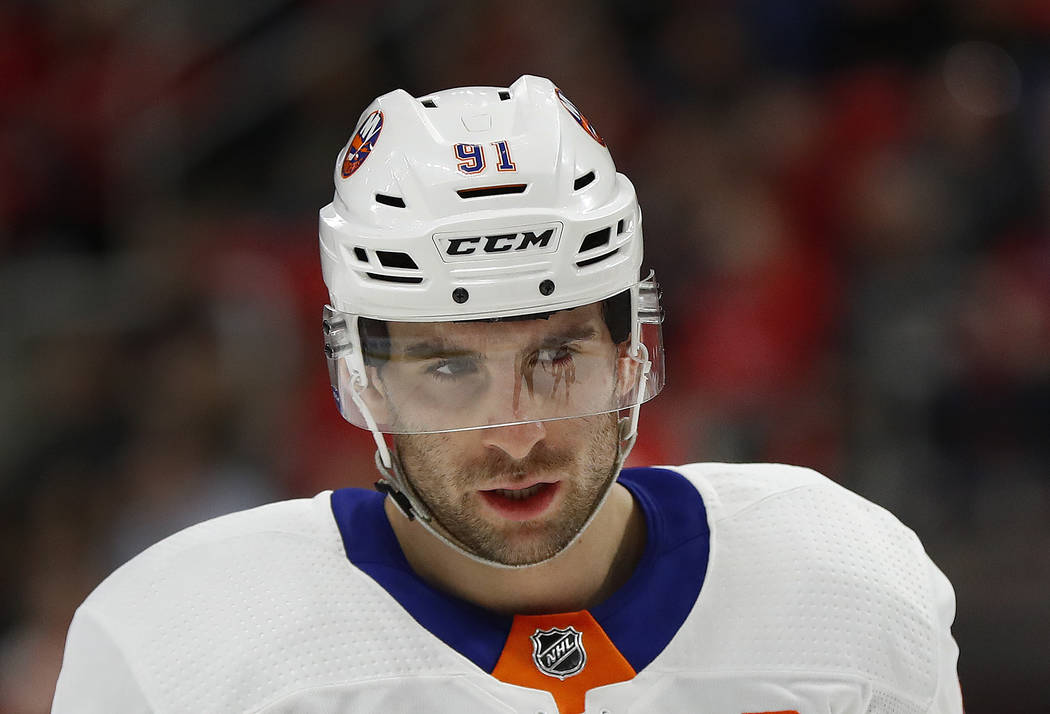 The Golden Knights were on the outside looking in when the list of finalists for prized free-agent center John Tavares leaked Monday morning.

Tavares and his representatives will hear presentations from five teams —Boston, Dallas, San Jose, Tampa Bay and Toronto — in Los Angeles over the next two days, according to multiple reports. The New York Islanders also remain in the mix to re-sign their captain.

Tavares reportedly will have informal discussions with two to three additional clubs, giving the Knights hope if they choose to pursue a meeting with the two-time finalist for league MVP.

But the Islanders missed the playoffs for the second consecutive season and have reached the postseason in three of Tavares’ nine years with the club.

Tavares is expected to command the maximum seven-year contract that will challenge Edmonton’s Connor McDavid ($12.5 million salary cap hit for 2018-19) for the NHL’s highest-paid player. The Islanders are the only team eligible to offer Tavares an eight-year deal.

The Knights were reported early Sunday to be one of the five teams to land a meeting with Tavares at the offices of his agent, Pat Brisson.

But the list evolved throughout the day, and by Monday morning, the Western Conference champions were no longer among the finalists to land the biggest prize in free agency, which officially begins July 1.