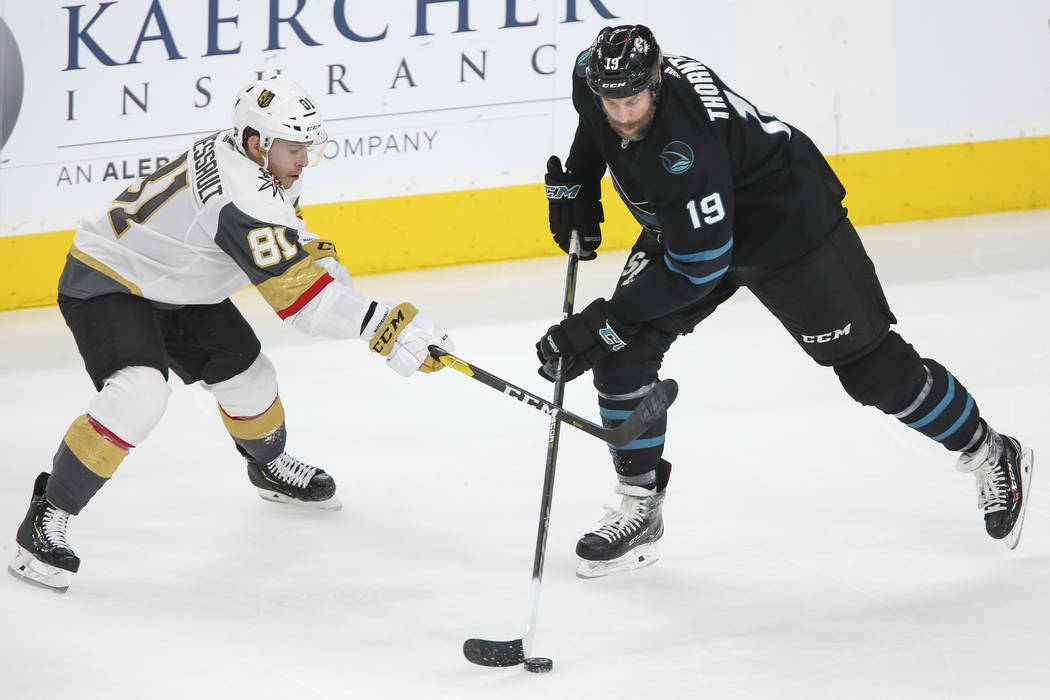 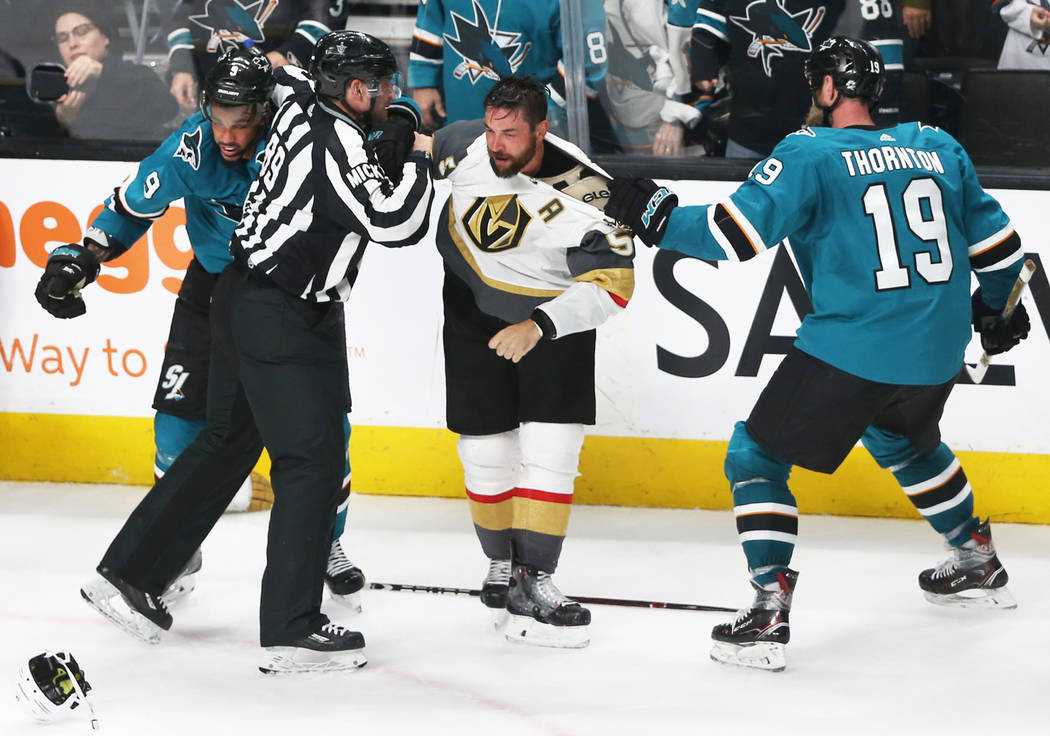 San Jose coach Pete DeBoer didn’t want to get into hypotheticals Monday morning when asked about the potential of losing center Joe Thornton to a suspension for a hit to the head of Golden Knights forward Tomas Nosek during Sunday night’s Game 3.

“We’ll cross that bridge when we come to it,” DeBoer said.

The Sharks arrived at that crossing late Monday afternoon when the NHL’s Department of Player Safety announced Thornton would miss Tuesday’s Game 4 after a hearing on the incident.

“Thornton delivers a direct shoulder into Nosek’s head, causing him to fall to the ice,” a league spokesman said in a video explaining the one-game suspension. “This is an illegal check to the head. It’s important to note the head is clearly the main point of contact on this hit and that the head contact is avoidable.”

It’s a big blow to a Sharks lineup reeling from back-to-back losses to fall behind 2-1 in the best-of-seven Western Conference quarterfinal series. They already are missing defenseman defenseman Marc-Edouard Vlasic, and forward Micheal Haley left Sunday’s game after blocking a shot with his ankle. DeBoer called both players day-to-day.

Winger Joe Pavelski played center at the end of last season when Thornton suffered a major knee injury and the Sharks captain indicated Monday that could be a possiblity again.

Thornton was issued a minor penalty for contact to the head by the officials for the play that occurred late in the second period. Nosek had passed the puck and was skating along the boards toward the corner in the defensive zone when Thornton came from behind the net and delivered a check with his shoulder to Nosek’s head as they skated past each other.

Thornton’s only previous suspension in a career spanning more than two decades was a two-game ban for a hit to the head of David Perron in 2010. But it’s the second time Thornton has been disciplined by the league for an incident involving the Knights in less than a month. He was fined $2,500 for high-sticking Ryan Reaves during a March 30 game in San Jose.

“It’s gutless,” Reaves said Monday. “It’s behind the play. It’s to the head. It’s everything you’re trying to get out of hockey.”

Thornton was unavailable for comment at the Sharks optional practice Monday at T-Mobile Arena, but didn’t sound concerned about any potential repercussions when speaking to reporters following Game 3.

“I honestly thought I barely touched him,” he said. “He came right back. It was just one of those plays. It is what it is. I think my son hits me like that six times a day. It was just a weird position (Nosek) put himself in, that’s all.”

Nosek remained in the game and the Knights won 6-3. Game 4 is Tuesday at T-Mobile Arena.

Thornton will be eligible to return for Thursday’s Game 5 in San Jose.