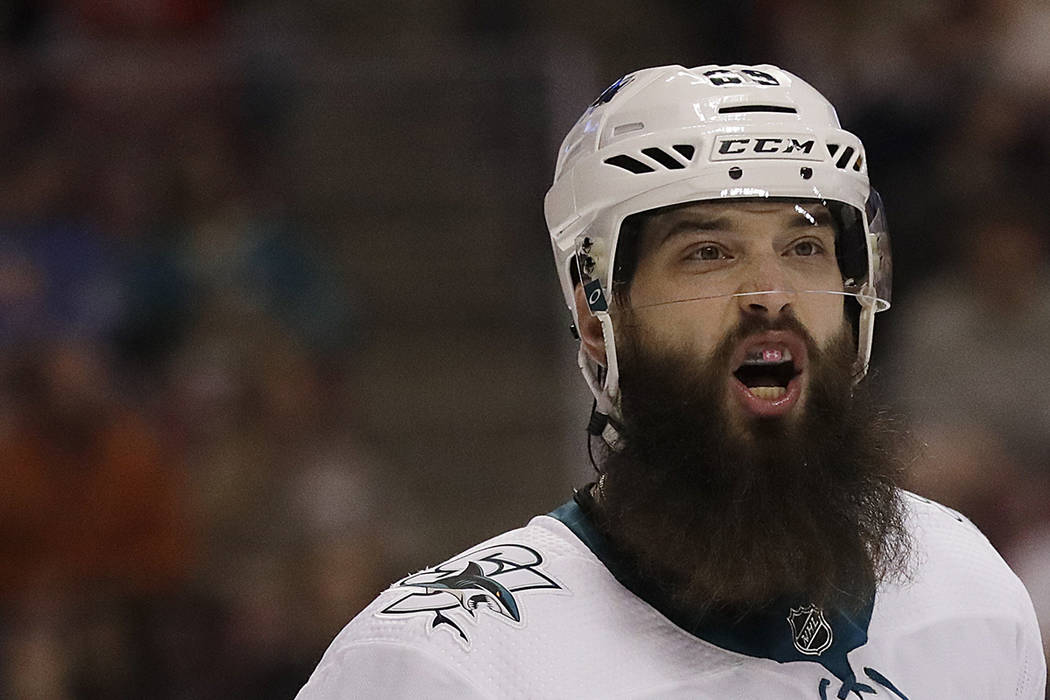 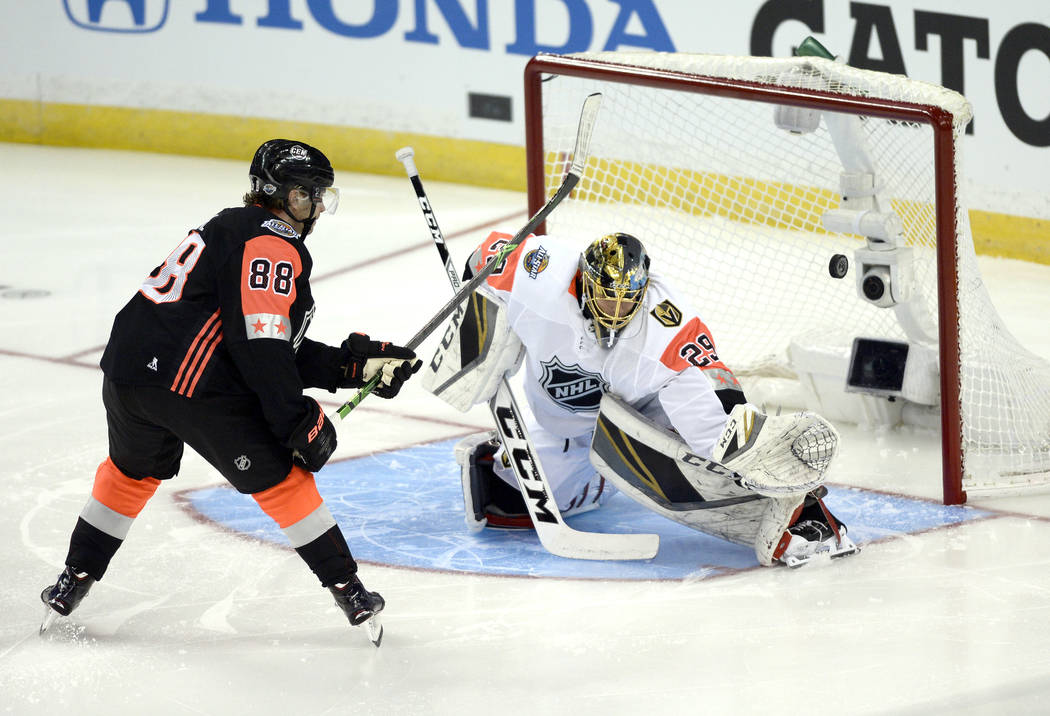 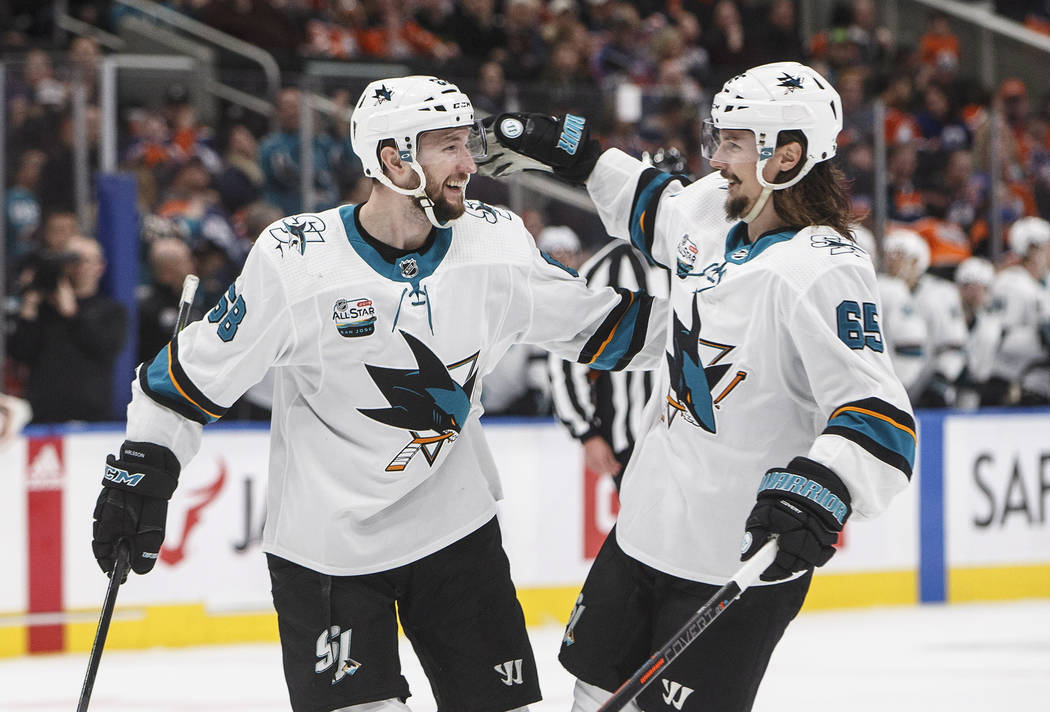 SAN JOSE, Calif. — The Golden Knights were a popular topic at their first All-Star Game when they had three representatives and topped the Western Conference standings.

A year later, it was a different scene at Thursday’s NHL All-Star Media Day.

Goaltender Marc-Andre Fleury, the Knights’ lone representative, was one of a handful of players who were not in attendance for the event at City National Civic Auditorium.

Pittsburgh’s Sidney Crosby, Los Angeles’ Drew Doughty and Colorado’s Nathan MacKinnon were among the all-stars that were absent.

Fleury was unable to attend due to a change in his schedule, according to a Knights team spokesperson.

Coach Gerard Gallant, Fleury and James Neal represented the Knights at last year’s All-Star Game in Tampa, Florida, and had media from across Canada and the U.S. asking about the expansion team’s historic 32-12-4 start.

This season, the Knights hit the break third in the Pacific Division at 29-19-4 and were no longer a curiosity.

The host Sharks drew much of the attention during the Pacific Division team’s availability, with at least two “Let’s go, Sharks” chants from the teal-clad crowd.

San Jose defensemen Brent Burns and Erik Karlsson joined captain Joe Pavelski, and each had a large media throng at their pods.

“We definitely want to put on a good show for them and give them something to cheer about,” Pavelski said. “We’re going to go out and have some fun and hopefully score a couple goals and make a few plays and go from there.”

Karlsson confirmed he will participate in Friday’s skills competition along with the 3-on-3 tournament Saturday at SAP Center.

He missed the Sharks’ past three games with a lower-body injury.

“It’s in San Jose. It’s for this organization, and this city, and this community, this fan base, and I’m a part of that,” Karlsson said. “I want to give my part and it’s important for me to be there for this weekend to give them back something. So I’m very happy that I was fortunate to participate and I’m looking forward to this just as much as everybody else, especially my two teammates.

“I feel good. It’s the All-Star Game and I’m going to be able to do everything, so that’s a good start.”

There were plenty of other storylines from the Pacific Division, with Calgary’s MVP candidate Johnny Gaudreau and Vancouver’s rookie sensation Elias Pettersson stepping into the spotlight.

“I’m not going to comment on it here,” McDavid said. “We’re here for the All-Star Game, and I want to enjoy that as much as I can. Obviously I understand the situation, but I think personally I want to enjoy the experience and focus on that later.”

This is the first All-Star Game in San Jose since 1997, a contest that is best remembered for Sharks forward Owen Nolan’s “called shot” goal against Buffalo’s Dominik Hasek.

Winnipeg coach Paul Maurice was an assistant coach for the Eastern Conference and shared his memories from that game 22 years ago, including Hall of Fame defenseman Scott Stevens being “wired at the end of the game like it was Game 7.”

“He didn’t hit anybody, but he was available if that needed to happen,” Maurice said with a smile.

For the final shift, the Eastern Conference sent out defensemen Ray Bourque and Paul Coffey, along with forwards Wayne Gretzky, Mario Lemieux and Mark Messier.

Maurice recalled a buzz in the building that was called San Jose Arena at the time for the five Hall of Famers.

“That was what was great,” Maurice said. “You’re in a southern market and they still have that awareness of who was on the ice. It was a really big deal.”