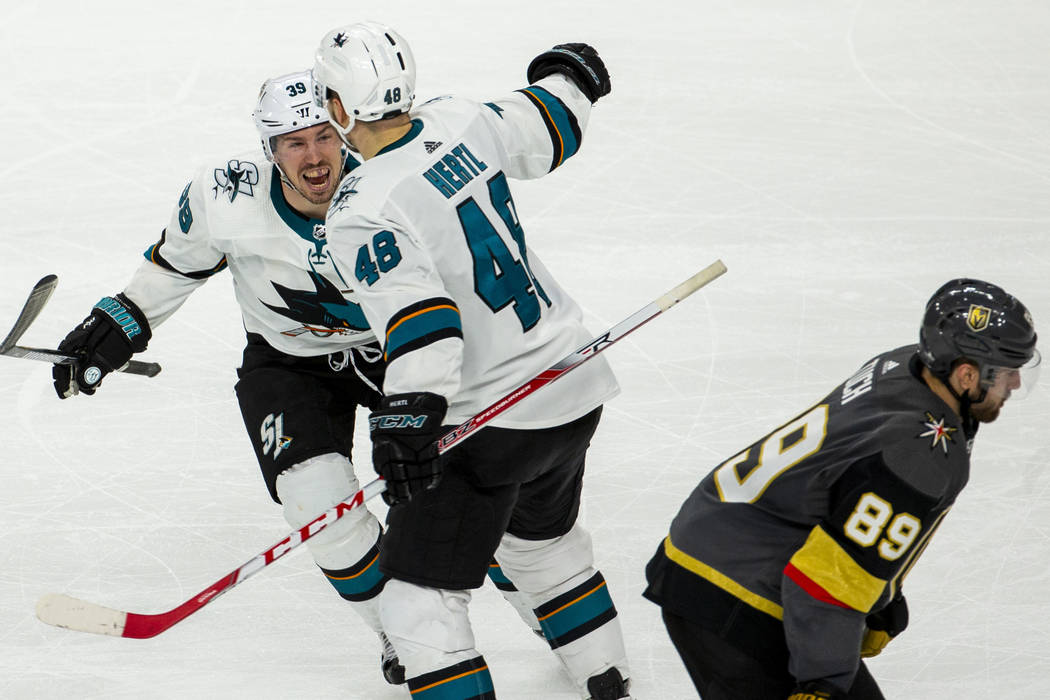 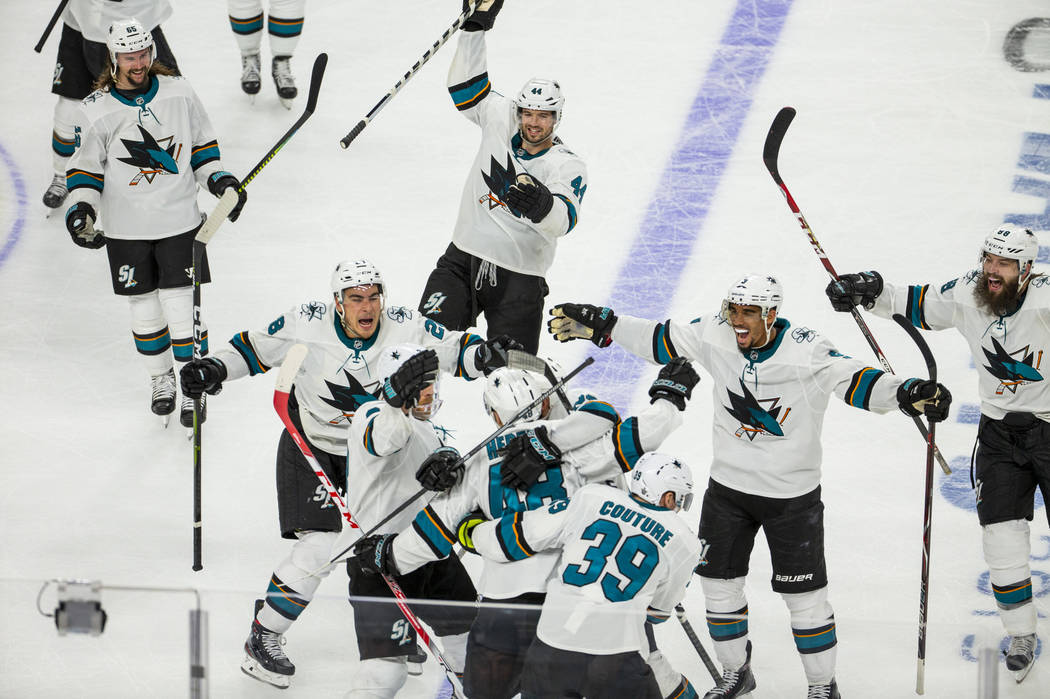 Sharks forward Tomas Hertl made waves on social media when he promised fans at SAP Center in San Jose after Game 5 the team would be back for a Game 7.

Then he went out and made it happen.

Hertl beat Marc-Andre Fleury with the first short-handed game-winning goal in a multiple overtime game in NHL playoff history to give the Sharks a 2-1 win over the Golden Knights on Sunday night.

The goal at 11:17 of the second overtime silenced a T-Mobile Arena crowd that sprung to life seconds earlier when the Knights were awarded the first power play of the extra session when Barclay Goodrow was called for slashing.

“When I got the puck, I was tired,” said Hertl, who played 30:06. “I was thinking of dumping it in and changing (lines). I just saw a little space so I decided to take a couple steps and try to shoot it. I don’t know if (Shea Theodore) hit it or what, but the puck kind of changed directions. If you don’t try, you never know, so I tried it and it somehow got through.”

The play was triggered by a precise pass up the middle of the ice by Marc-Edouard Vlasic, who cut off a bouncing puck right in front of the Knights net.

Hertl negotiated through the neutral zone and drifted left as he crossed the blue line with Theodore defending before firing the puck just inside the near post on Fleury’s stick side.

“I thought maybe (Fleury) was cheating because the last couple games, I’ve been shooting on his glove side,” Hertl said. “But I don’t really know because I was really tired, so I couldn’t even celebrate. I was ready to change. Good thing I stayed in an extra five seconds.”

The Knights certainly wish he would have just dumped it in the zone and headed for the bench.

Instead, both teams will try to regroup after a long game and focus on preparing for Game 7 just like Hertl predicted after the Sharks won Game 5 at home to stay alive.

“Tomas wears his heart on his sleeve,” Sharks coach Pete DeBoer said. “I don’t know how that whole thing rolled out, whether it was social media or whatever, but it was ridiculous. It was no guarantee he made. It was an emotional guy with English as a second language just professing his confidence in our group. He did that and he delivered.”

Hertl now has five goals and an assist in the series, including three goals in the last two games.

“His confidence is high right now,” teammate Joe Pavelski said. “He wants it. You can see that and feed off him.”

Hertl has more than earned the massage he said he plans to get on Monday after logging more than a half-hour of ice time.

He declined to make any more predictions for what’s going to happen on Tuesday night.

“Game 7 is the most fun game you can play in the NHL, so we have to enjoy it for sure,” he said. “But we want to win.

“I can guarantee we will try our best.”