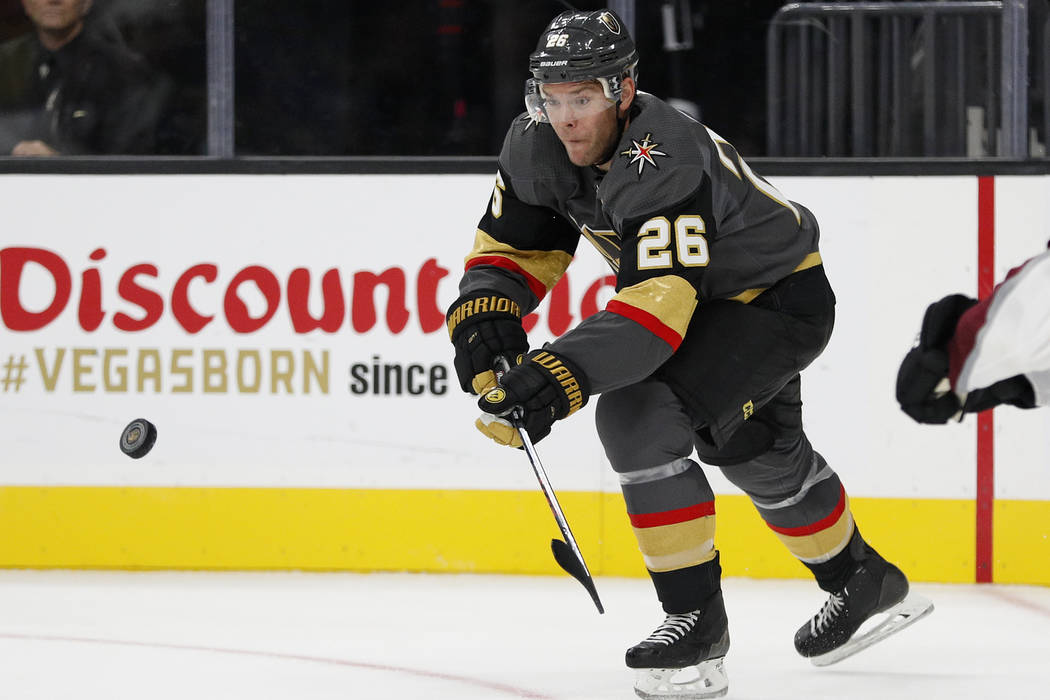 In this Sept. 24, 2018, photo, Vegas Golden Knights center Paul Stastny (26) vies for the puck against the Colorado Avalanche during the third period of a preseason NHL hockey game in Las Vegas. (AP Photo/John Locher) 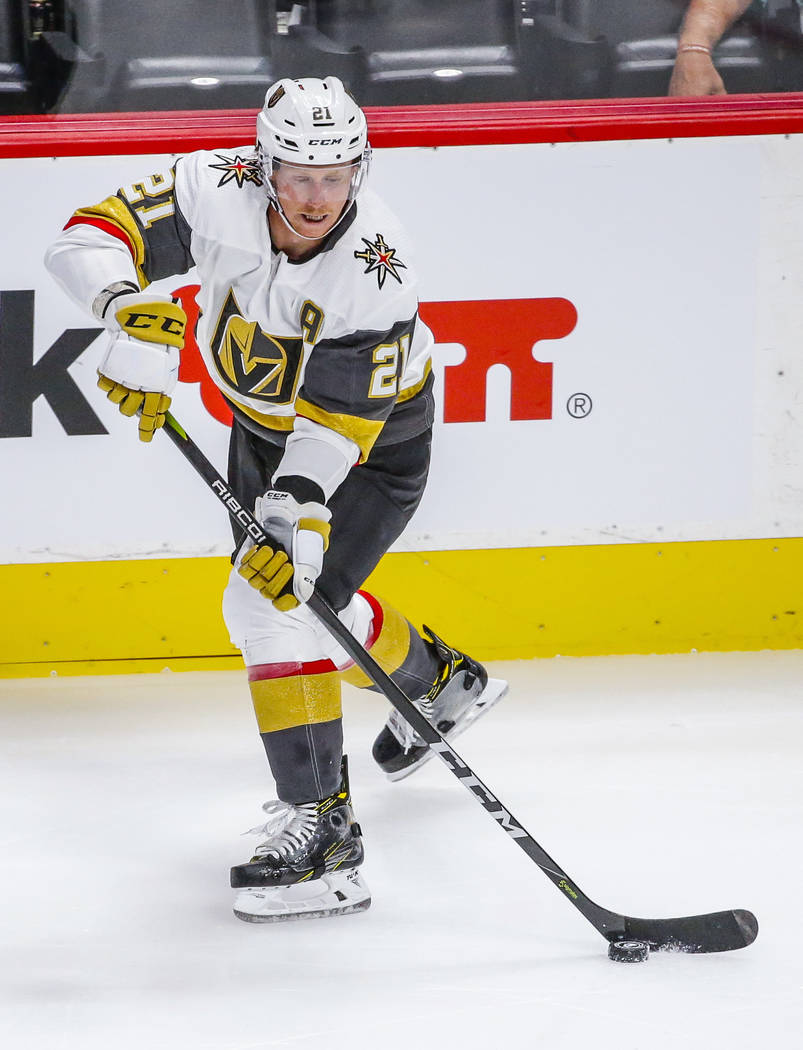 WASHINGTON — The Golden Knights gained one center and lost another.

Coach Gerard Gallant said Stastny will miss the team’s upcoming games at Pittsburgh and Philadelphia with a lower-body injury. He’ll be re-evaluated when the Knights return from their five-game road trip.

Eakin returned in time to make his season debut in the Stanley Cup Final rematch with the Washington Capitals after missing the first three games with a lower-body injury. Eakin quickly made his presence felt, too, cutting behind the net and wrapping the puck inside the opposite post for a goal that brought the Knights within 2-1 midway through the second period.

“It’s a good first game to get back into,” Eakin said.

Gallant said Stastny was injured against the Buffalo Sabres on Monday. Stastny appeared to get hurt when Sabres center Jack Eichel crashed into his leg while diving for a loose puck late in the third period.

The 32-year-old signed a three-year, $19.5 million contract with the Knights in free agency this offseason and had been anchoring the team’s second line with wings Max Pacioretty and Erik Haula. In his absence, Gallant moved Haula to center and promoted forward Tomas Nosek.

With Nosek elevated, Eakin was free to come back and regain his role as the Knights’ third line center. He skated between forwards Ryan Carpenter and Oscar Lindberg.

“He plays hard, he plays a fast-paced game, so he’s definitely going to help us, especially with losing Stastny,” Gallant said. “It’s his first game this year, but he’ll definitely help us win faceoffs and (penalty kill). He plays a good, strong two-way game for us.”

Eakin said it was difficult seeing his teammates start the season without him but noticed a few things watching games.

”I’ve seen some good things and I’ve seen some bad things. The start of the year, the first few games, we’re still working out a few kinks, I think,” Eakin said. “There’s been some good efforts, lots of chances. We’re not getting the puck in the net like we want to, but that kind of stuff comes.”

The Knights play Thursday against the Pittsburgh Penguins, who were the last franchise to lose a Final then win it the following year.

Goaltender Marc-Andre Fleury, who was on the Stanley Cup champion 2008-09 Penguins, isn’t sure that team is the best model to follow though. The Penguins didn’t start strong and were 20-19 almost halfway through the year.

“We actually didn’t have a good start that season,” Fleury said. “It didn’t look too good.”