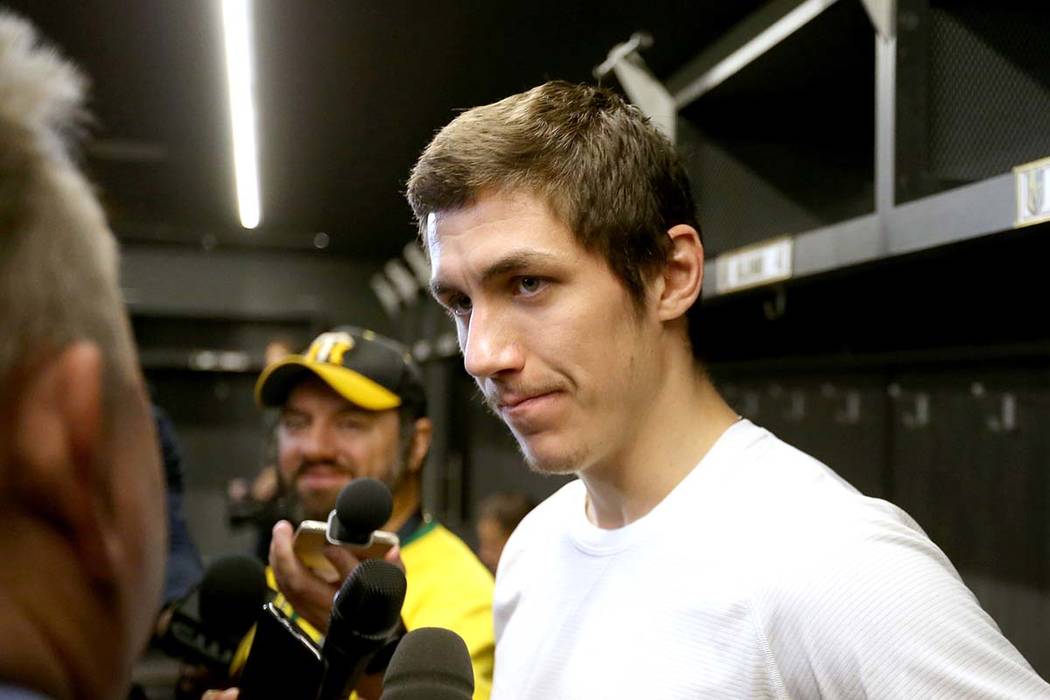 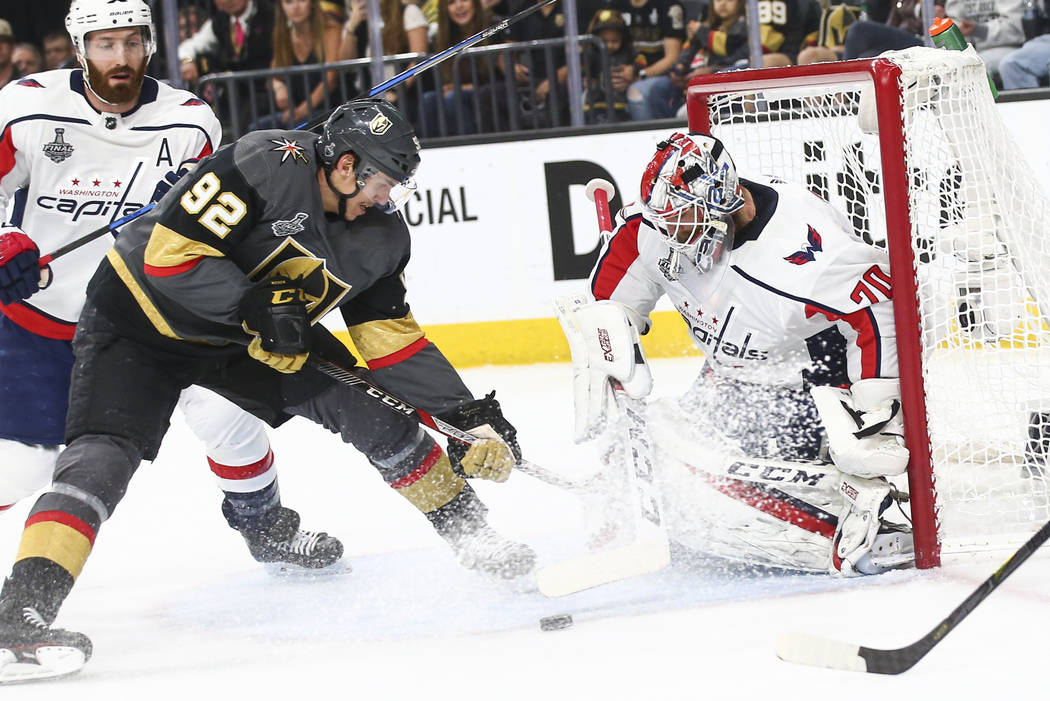 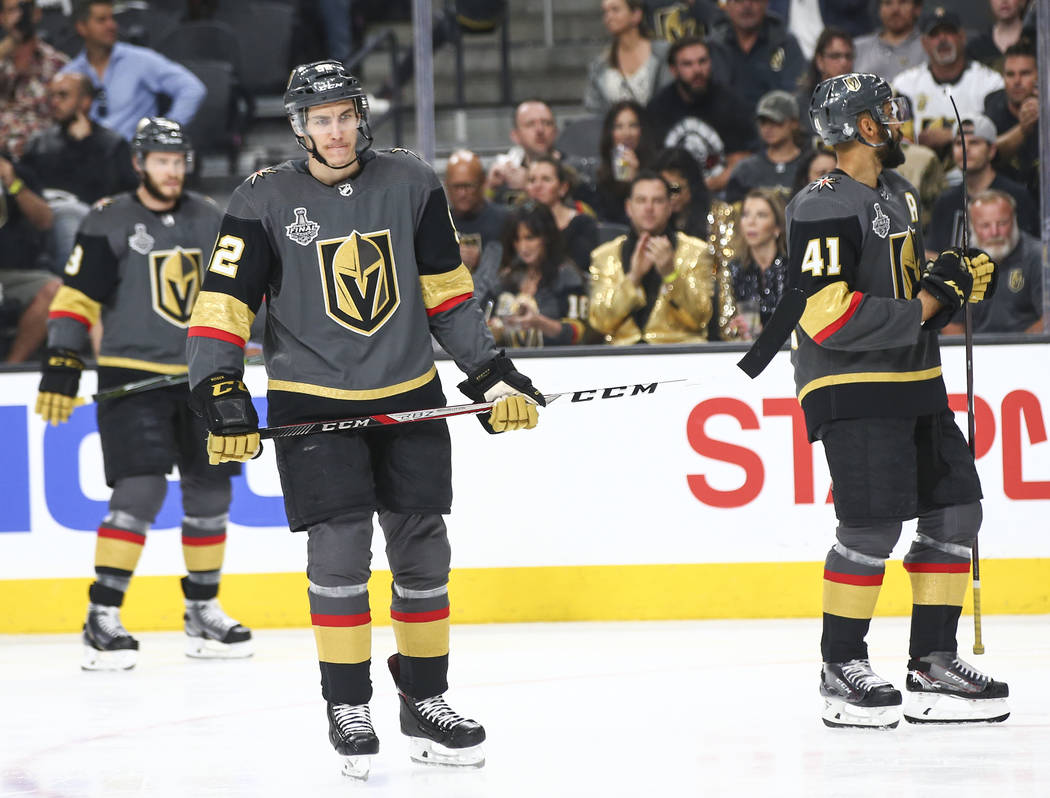 Tomas Nosek and the Golden Knights avoided salary arbitration by agreeing Tuesday to a one-year deal.

SportsNet.ca reported the one-way contract is worth $962,500. Nosek’s agent didn’t respond to requests for comment. A Knights spokesperson said the team has not received official word on the deal.

Nosek, 25, a forward from the Czech Republic, had seven goals and 15 points in 67 regular-season games. He added four playoff goals, including three in the Stanley Cup Final against the Washington Capitals.

Two of his goals in the Final came in Game 1 at T-Mobile Arena, including the decisive goal in a 6-4 victory, the Knights’ only triumph in the series won by the Caps in five games.

He was scheduled for an arbitration hearing July 30 in Toronto.

Nosek was selected in the expansion draft from Detroit and scored the first home goal in franchise history in a victory over Arizona on Oct. 10.

Nosek’s signing leaves forward William Karlsson as the only Knights player with a pending arbitration date. His hearing is scheduled for Aug. 4 in Toronto.