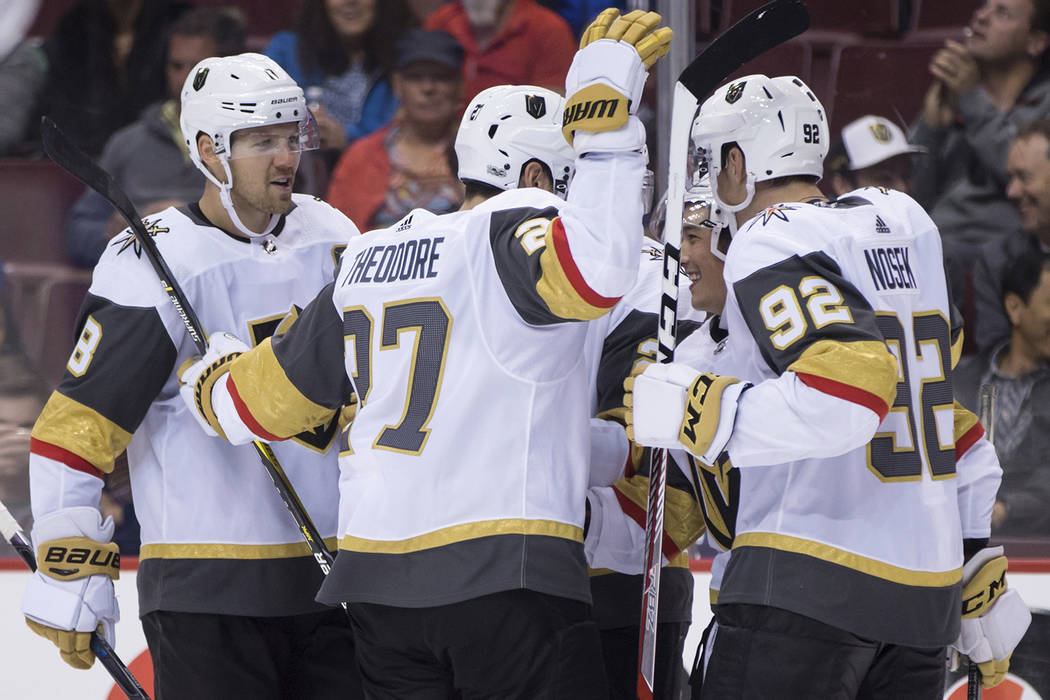 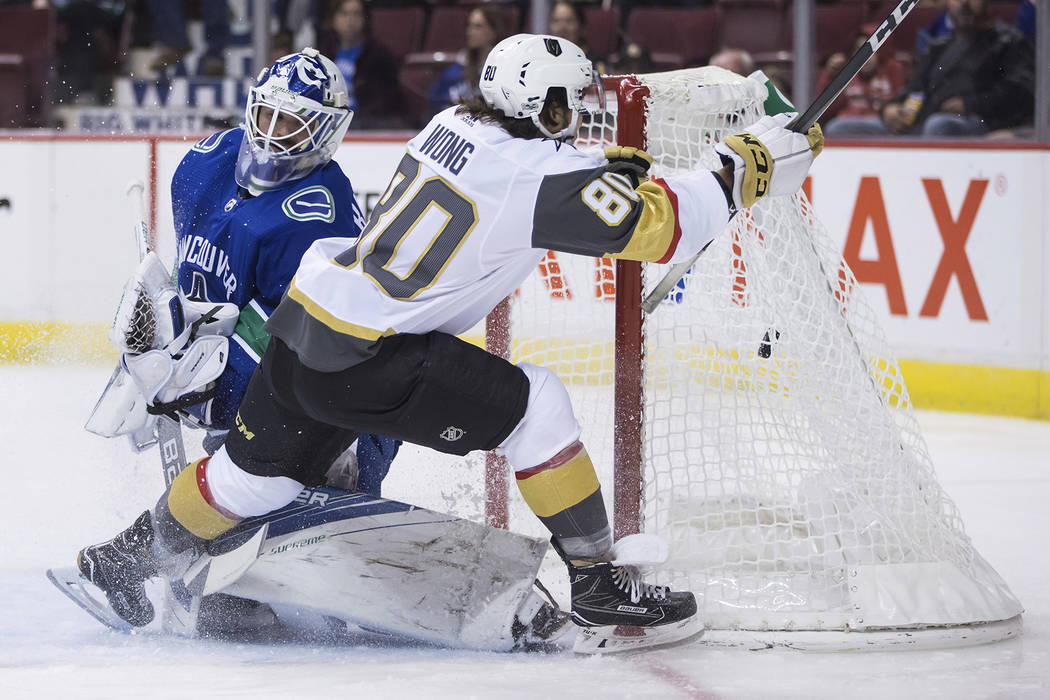 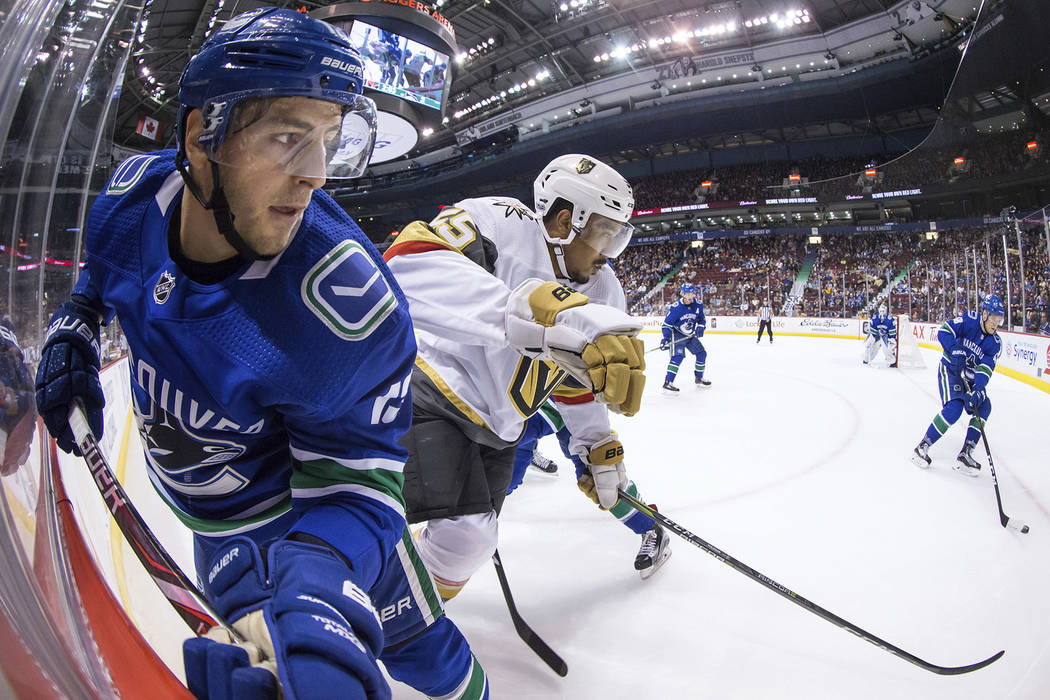 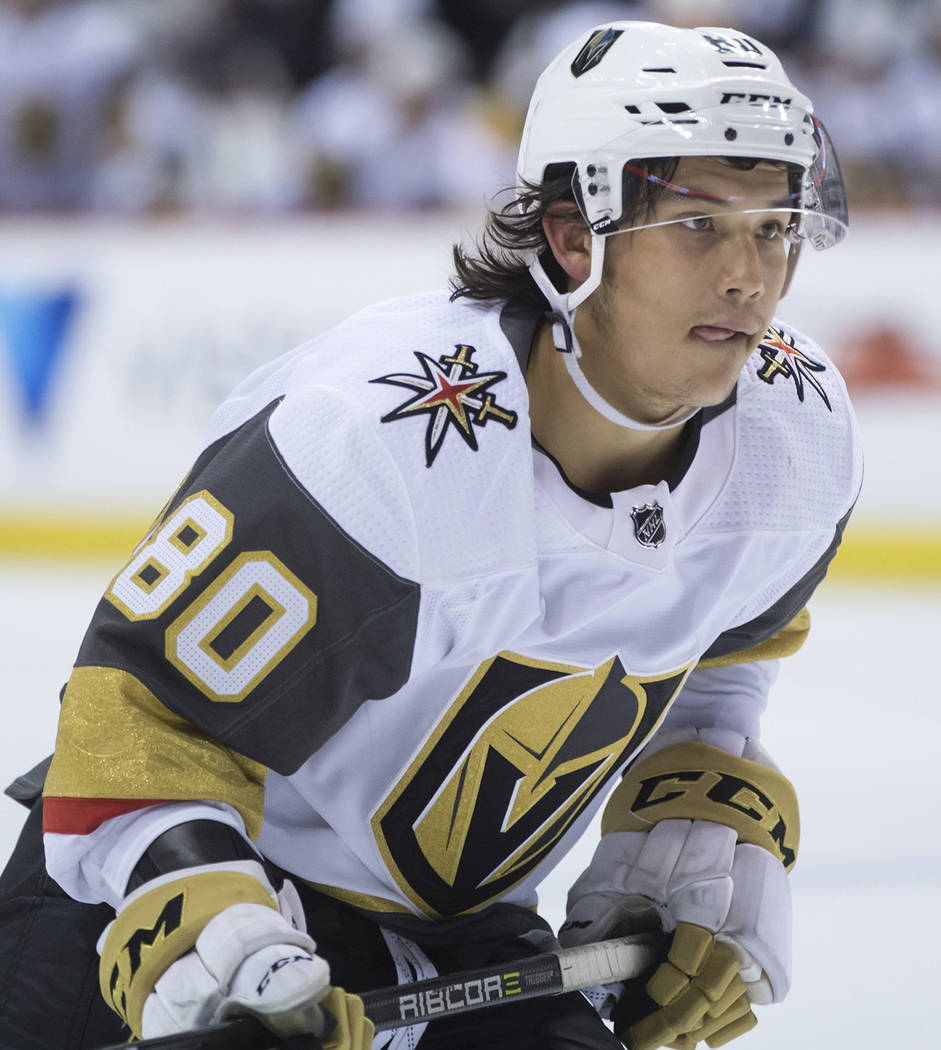 VANCOUVER, British Columbia — Sure, he was nervous. So were most of his teammates.

But when the lights came on, there was no suffering stage fright for Tyler Wong and the Golden Knights. The 5-foot-9-inch right wing stood tallest of all in Rogers Arena, scoring on the first shot he took and finishing with a hat trick along with an assist as the Knights routed the Vancouver Canucks 9-4 Sunday.

It was another milestone moment for the NHL expansion franchise playing its first preseason game, and there were plenty of bright spots. In addition to Wong’s four-point game, forward Tomas Hyka continued to show his scoring touch with a pair of goals while Nick Suzuki had a goal and an assist and Cody Glass notched a pair of assists.

Dylan Ferguson had a solid day in goal as he stopped 29 of 33 shots. Overall, the team’s forwards did a strong job of back-checking and helping out defensively.

“It’s nice to see the guys come out and compete and play hard,” Knights head coach Gerard Gallant said. “Anytime your guys are back-checking, that shows you’ve got a hard-working team.”

The Knights left many of their marquee players home. That left it to a handful of veterans and the kids. Nobody wanted to get off on the wrong foot and it was all about handling one’s nerves and how quickly could they settle down playing on the road in front of an announced crowd of 15,565.

“Guys like (Clayton) Stoner told me to just relax and play,” Wong said. “It was my first NHL preseason game and I wanted to make a good impression.”

Defenseman Brad Hunt, a 29-year-old veteran, contributed three assists as he tries to catch on with the Knights.

“You want to play with confidence,” said Hunt, who has played in the NHL with Edmonton, St. Louis and Nashville. “You know what the coaches are looking for and I’m trying not to do too much. I just want to play under control, make smart plays and play the way I know I can.”

It was a fun, free-wheeling affair that saw both teams play sloppy in their defensive end. However, Gallant will take it, flaws and all.

“Obviously, when you score nine goals that’s not going to happen too many times,” he said. “It was a fun game. But it was an exhibition game and there were a lot of mistakes by both teams and you expect that.”

Gallant has been impressed by Wong from the start of rookie camp. He loves his skating ability, his tenacity and his scoring touch.

“I didn’t know the kid until I saw him in rookie camp and he played well in the rookie games in L.A. and he caught my eye,” Gallant said. “But he’s a hungry little hockey player. He competes, he battles and he knows how to put the puck in the net.”

Gallant isn’t making too much of the win. More decisions will come Tuesday when the Knights travel to Denver to face the Colorado Avalanche, and Gallant said he won’t know until after practice Monday who will be in the lineup.

“You win the game, it’s great,” he said. “But you’re not coming here to win the game; you’re here to evaluate your kids and your players and see who’s going to make your hockey club.

“(Sunday) a lot of guys played real good for us and it just makes your decision a lot tougher.”