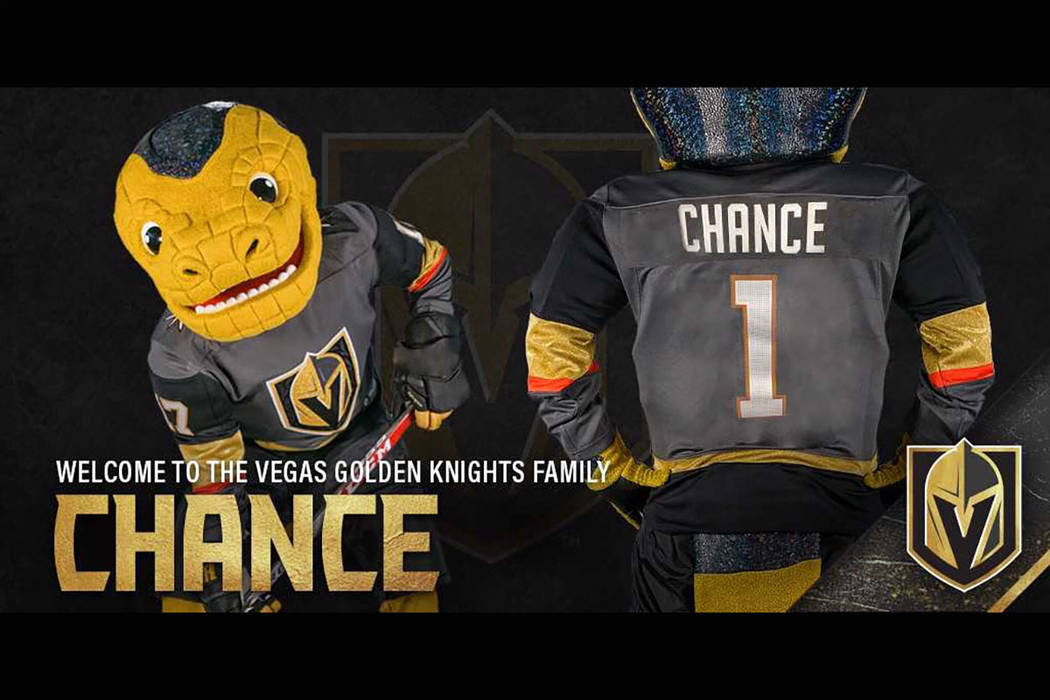 The Vegas Golden Knights unveiled their mascot, Chance the Gila monster, before the team’s game against the Detroit Red Wings at T-Mobile Arena on Friday night.

VGK just unveiled mascot, which I'm told is a Gila Monster.
Those with Dish who can't watch the game are winners there.#RJnow

The #GoldenKnights revealed their mascot and I'm not sure what it is. pic.twitter.com/LfN0bhYphm