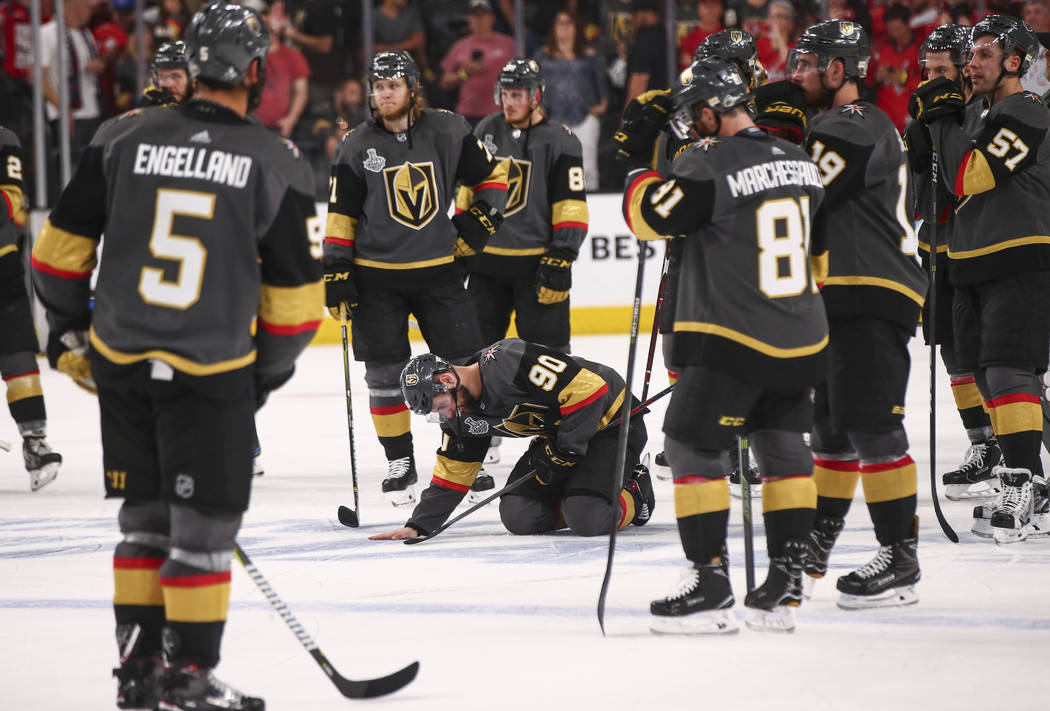 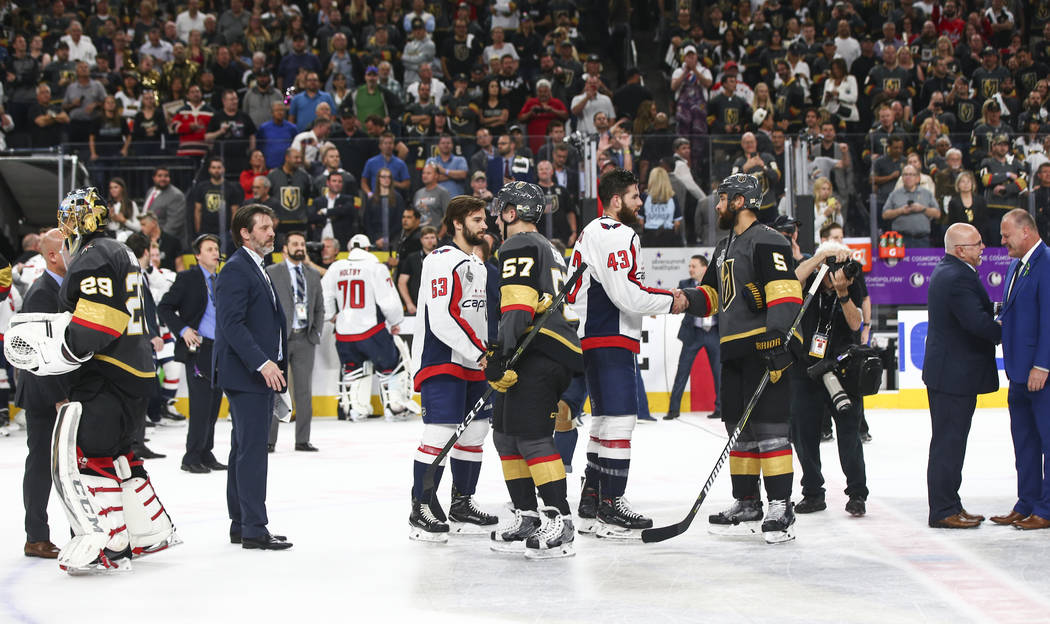 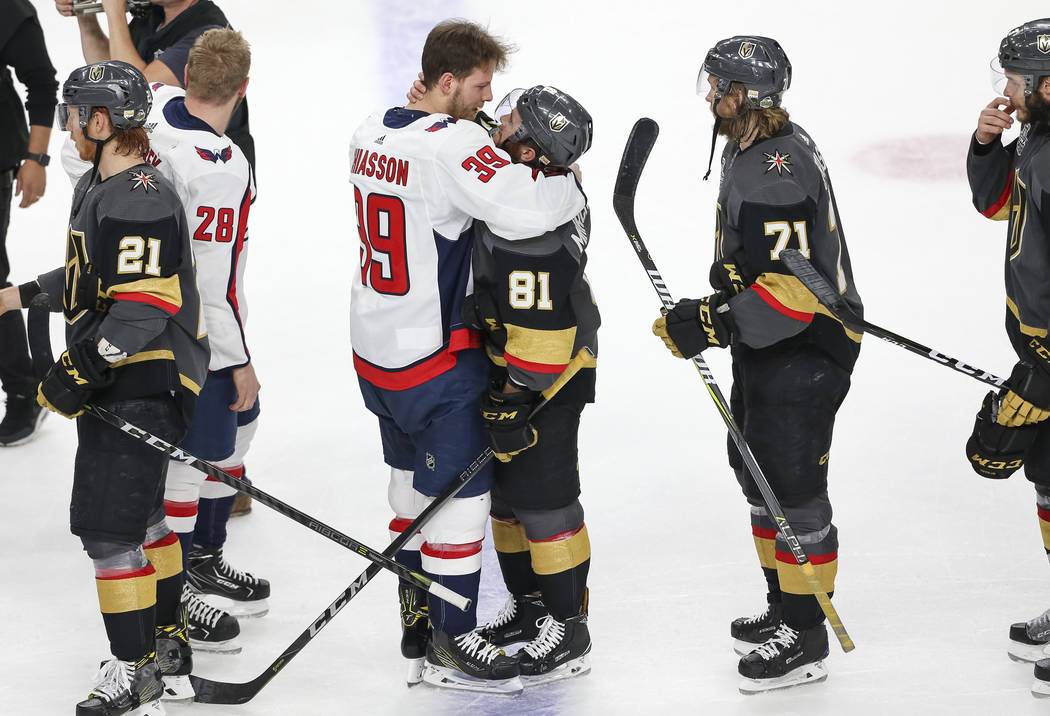 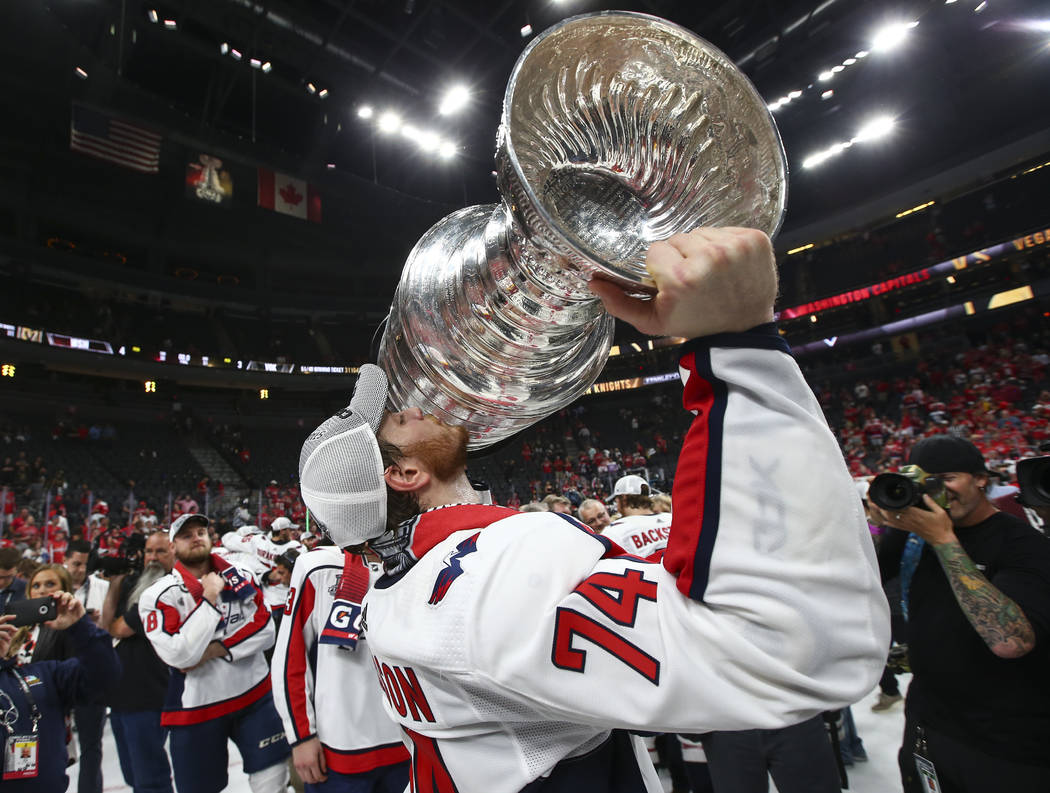 The last time the Washington Capitals were on the ice at T-Mobile Arena, in June, they were doing victory laps with the Stanley Cup.

It’s a memory seared into the minds of the Golden Knights players.

The images from Washington’s Game 5 victory pained in particular defenseman Nate Schmidt, who came to the Knights from the Caps in the expansion draft and watched as many of his former teammates celebrated on his home rink.

“There are just times where you have to endure what has happened and learn from it and understand there are parts of this game that aren’t always fun. That was one of them,” he said after practice on Monday. “We do have an awesome occupation and it’s something I love doing, but when it comes down to it, there are parts of our job that are tough. That was tough.”

The Capitals return to T-Mobile Arena to play the Knights at 7 p.m. on Tuesday night. The teams already met this season with Washington earning a 5-2 home victory on Oct. 10, but the meeting in Las Vegas where last season ended feels different.

Even Knights coach Gerard Gallant, who tends to downplay the importance of anything except focusing on the next shift, conceded Tuesday night’s game carries extra significance.

“Yeah, it’s a big game,” he said. “It’s our first game home in a while. We want to play real well here and obviously it’s the team that won the Cup in our building last year. We want to play a real good hockey game tomorrow and hopefully win that game.

“It’s going to be an emotional game.”

Schmidt agreed: “For them to be back in town, it’s like an old fling starting to rehash old memories,” he said.

Schmidt didn’t play in the October matchup. He was serving a 20-game suspension for violating the NHL’s policy on performance-enhancing drugs.

He didn’t even watch the game. He was in Austria practicing with a team coincidentally called the Vienna Capitals.

Schmidt has had time to put his feelings into perspective.

“There are still some guys over there that I really like and as bad as it sucked to lose, I was happy for some of them,” he said. “As a friend, you have to be able to put those things aside. But as a competitor, I can’t wait for (Tuesday) night. I can’t wait to best that team. The stakes aren’t as high, but that doesn’t mean it’s not going to feel (good).”

It won’t be easy. The Capitals are once again leading the Metropolitan Division with 33 points and were on a 7-game winning streak before Anaheim rallied from four goals down to snap it Sunday in Washington.

“They’re one of the best teams in the league,” forward Jonathan Marchessault said. “You’ve got to be ready for them, that’s for sure. They have the kind of team that if you sleep for a couple minutes, they’re going to make you pay.

“Last year is last year. Tomorrow is a new day and a new year for us. We can’t think too much of what happened last year, because we have to worry about this game and this year.”

Still, the Knights have to feel like they owe the Capitals one for the celebration they had to endure last season.

“It was so disappointing to lose to them last time they were here,” goaltender Marc-Andre Fleury said. “It will be nice to get a chance to redeem ourselves.”