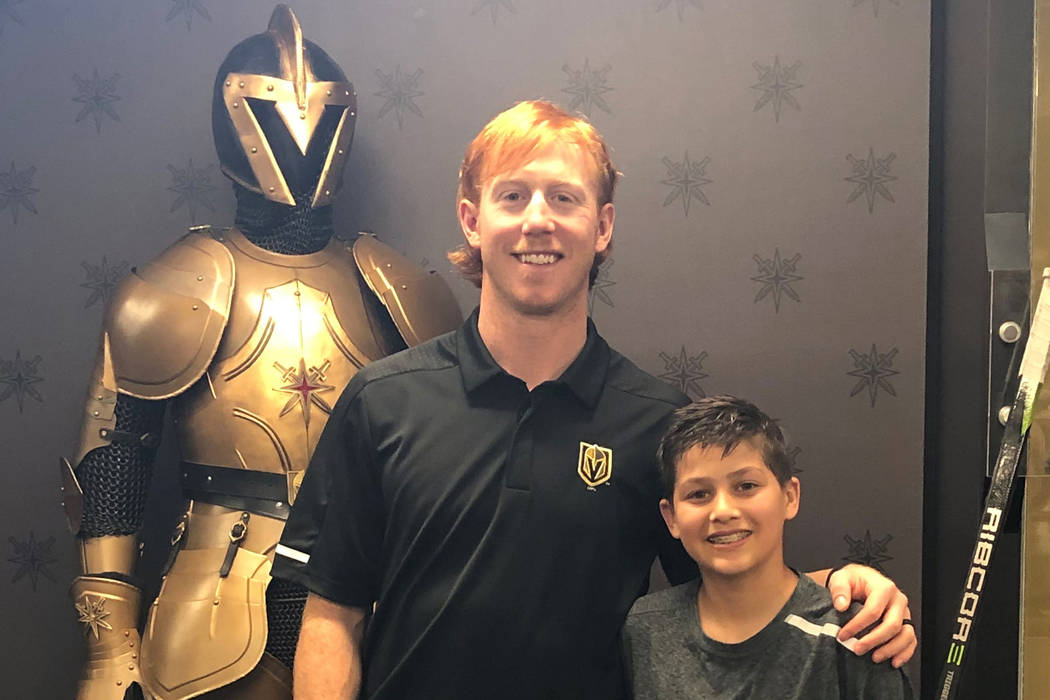 13-year-old Doron Coldwell with Golden Knights center Cody Eakin during his time with the team for ESPN's "My Wish" series. (ESPN) 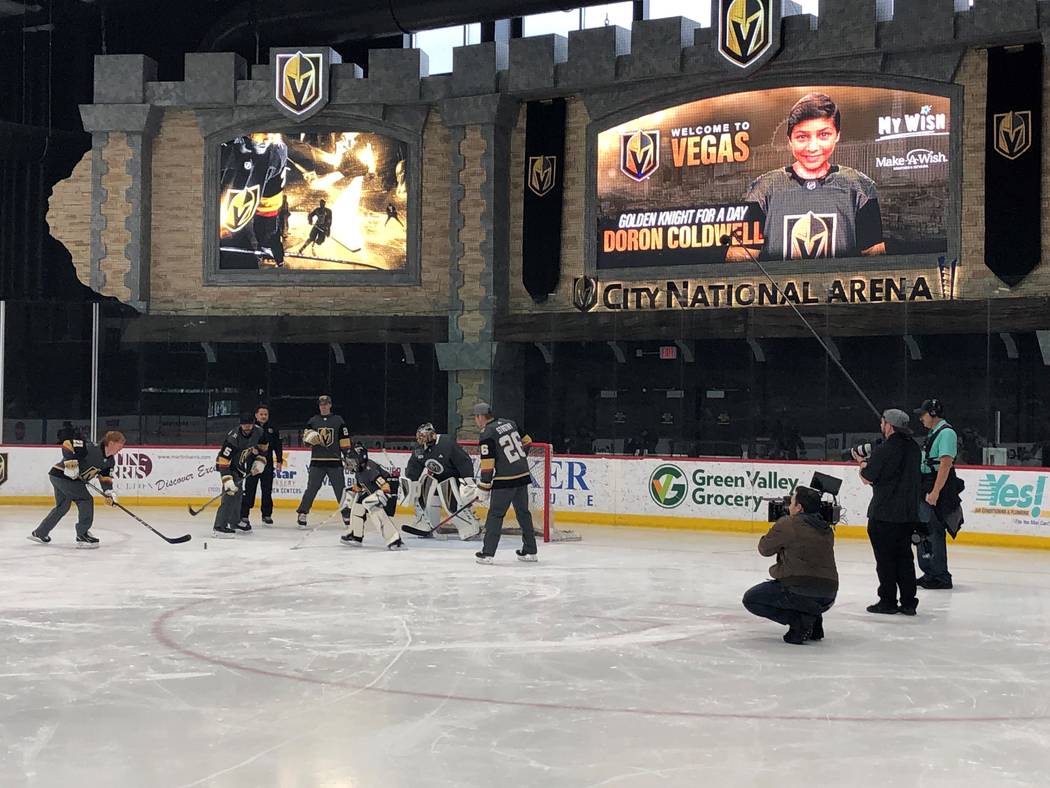 13-year-old Doron Coldwell spends a day with the team and even gets an opportunity to replace his favorite player, three-time Stanley Cup winner Marc-Andre Fleury, in the net for ESPN's "My Wish" series. (ESPN)

Golden Knights fans can watch Marc-Andre Fleury and the rest of the team make a young man’s day — if they’re prepared to be emotional.

ESPN released a “My Wish” segment featuring the Knights and 13-year-old Las Vegan Doron Coldwell on Wednesday. Coldwell, who has battled Hodgkin’s lymphoma, was a part of the team for a day for the series, which was created thanks to a partnership between ESPN and Make-A-Wish.

During his busy day Coldwell saw his name on MGM Grand’s videoboard, received his own locker at City National Arena and practiced stopping shots with Fleury.

With the four-time All-Star’s help, Coldwell was able save shots from Max Pacioretty, Reilly Smith, Cody Eakin and finished his skate with a victory lap.