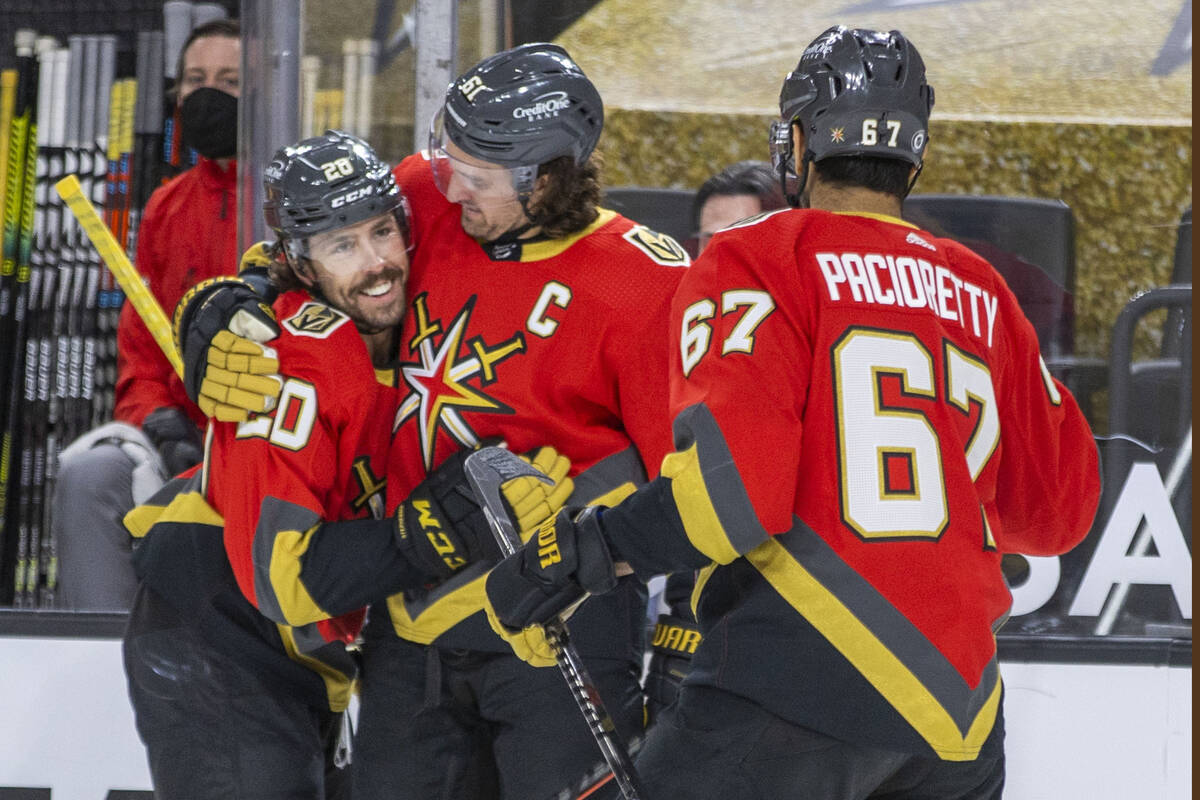 The Golden Knights, unlike many of their NHL counterparts, know who they are heading into their fifth training camp.

There’s no wondering how they fit into the league’s pecking order or what their expectations should be. They have a premier roster, are seen as the top team in the Pacific Division and can be considered one of the Stanley Cup favorites.

That doesn’t mean the Knights don’t have things to discover once they start practicing. Here are three areas for the team to address entering training camp as it tries to find a way to win its first championship:

The Knights’ performance on the power play last postseason — 4-for-43, including 0-for-15 in the semifinals against Montreal — wasn’t good enough to win a Stanley Cup.

Champions Tampa Bay had 22 power-play goals in the playoffs, by contrast, and Montreal had 10 as the runners-up. Owner Bill Foley himself said the Knights have “got to do better there.”

How they do that remains to be seen. Trade acquisition Evgenii Dadonov should give the team another weapon if he returns to form. He only had one power-play goal in Ottawa last year but had seven, nine and six the three seasons prior.

Defenseman Alex Pietrangelo could also give the Knights a boost if he looks more comfortable in his second year with the team. Pietrangelo has had 10 or more power-play assists eight times in his career, yet only had four last season.

The Knights could also adjust their setup and scheme since their power-play personnel will not look too different from a year ago. The team needs to perform better, and camp should provide the first clues as to how it plans to do that.

The Knights’ lack of options up the middle was exposed in the NHL semifinals when career winger Alex Tuch started two games between left wing Max Pacioretty and right wing Mark Stone.

The team had two strong top-six centers — William Karlsson and Chandler Stephenson — but no one who could reliably fill in if either was unavailable. The Knights outscored opponents 44-19 with Stephenson, Pacioretty and Stone on the ice together between the regular season and postseason, and were outscored 7-4 with anyone else at center between the two wings.

It’s unclear how much has changed entering camp. The Knights brought in center Nolan Patrick, the second pick in the 2017 draft, in exchange for center Cody Glass, the sixth overall pick in 2017 who didn’t flash in limited opportunities in the lineup.

Patrick has the size, skating and skill to excel at center, but injuries have kept him from fulfilling his immense potential. The 22-year-old scored 61 points in 145 games his first two seasons, missed all of 2019-20 and had only nine points last year. It’s unclear what the Knights should expect from him.

Another option could be top prospect Peyton Krebs, the 17th pick in 2019. Krebs can play all three forward positions but was at center for the first three games of his NHL career. The 20-year-old has a chance to stick there because of his skating and smarts and will have a chance to show his readiness in camp.

Now coach Pete DeBoer will have to decide how he wants to use them.

He could play it safe with Tuch sidelined after shoulder surgery and plug Dadonov into his spot on the third line. Or DeBoer could get creative and shift his top six around, which he didn’t do much of last season.

Dadonov, Patrick and the re-signed Mattias Janmark could easily start in the bottom six, but all have the potential to play higher in the lineup. Krebs could factor in with a strong camp as well.

Those options may lead to a lot of mixing and matching for the Knights during the preseason as they try to figure out which combinations from their deep forward group work best.