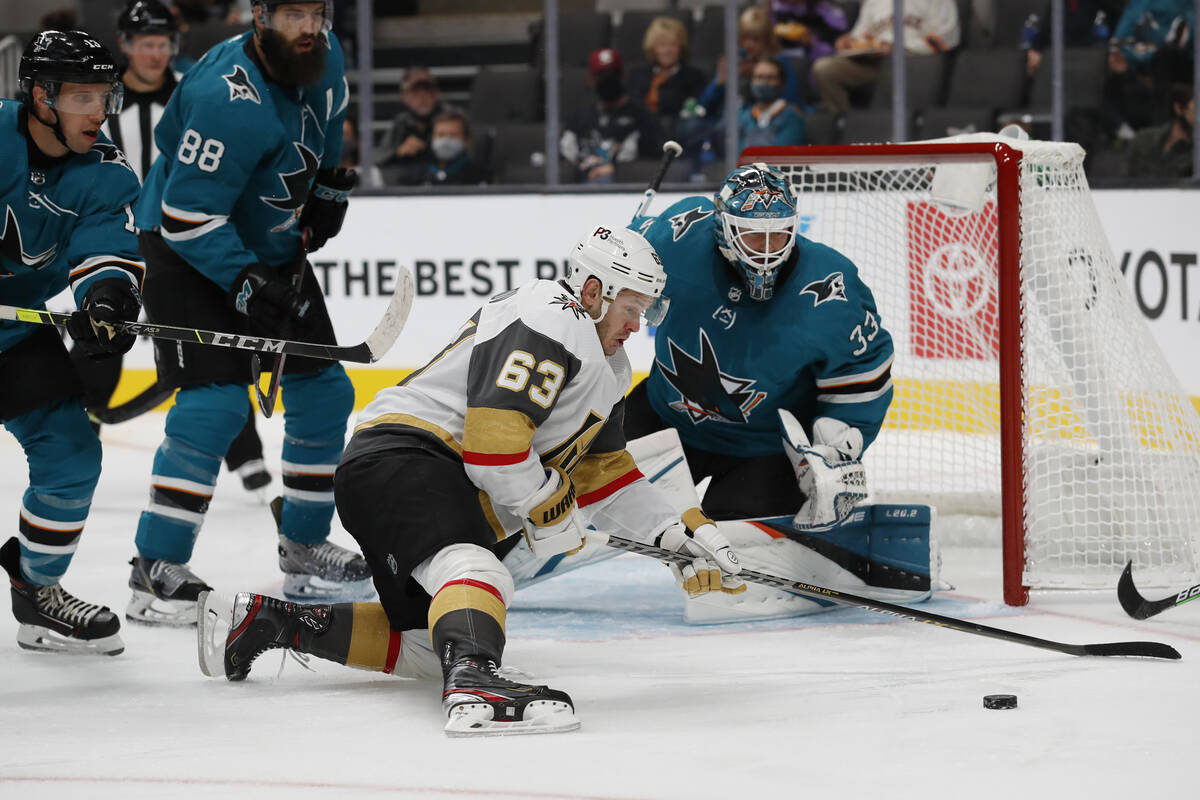 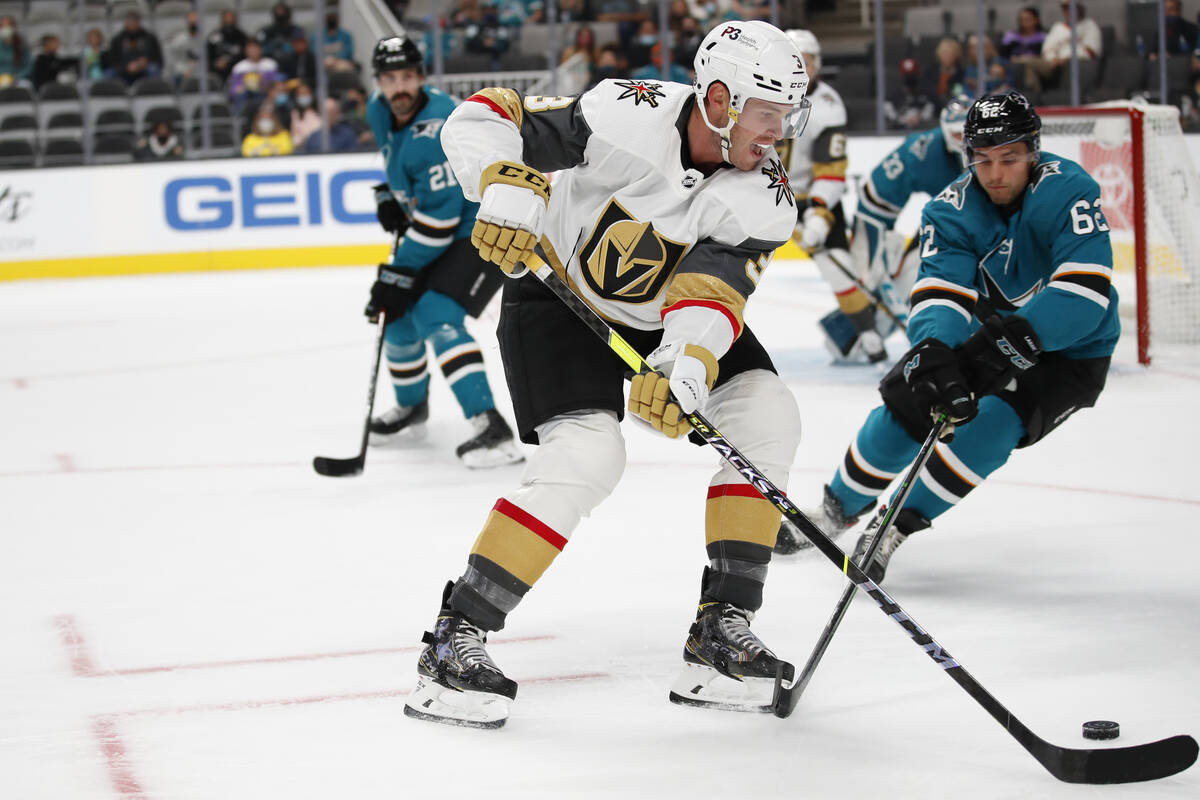 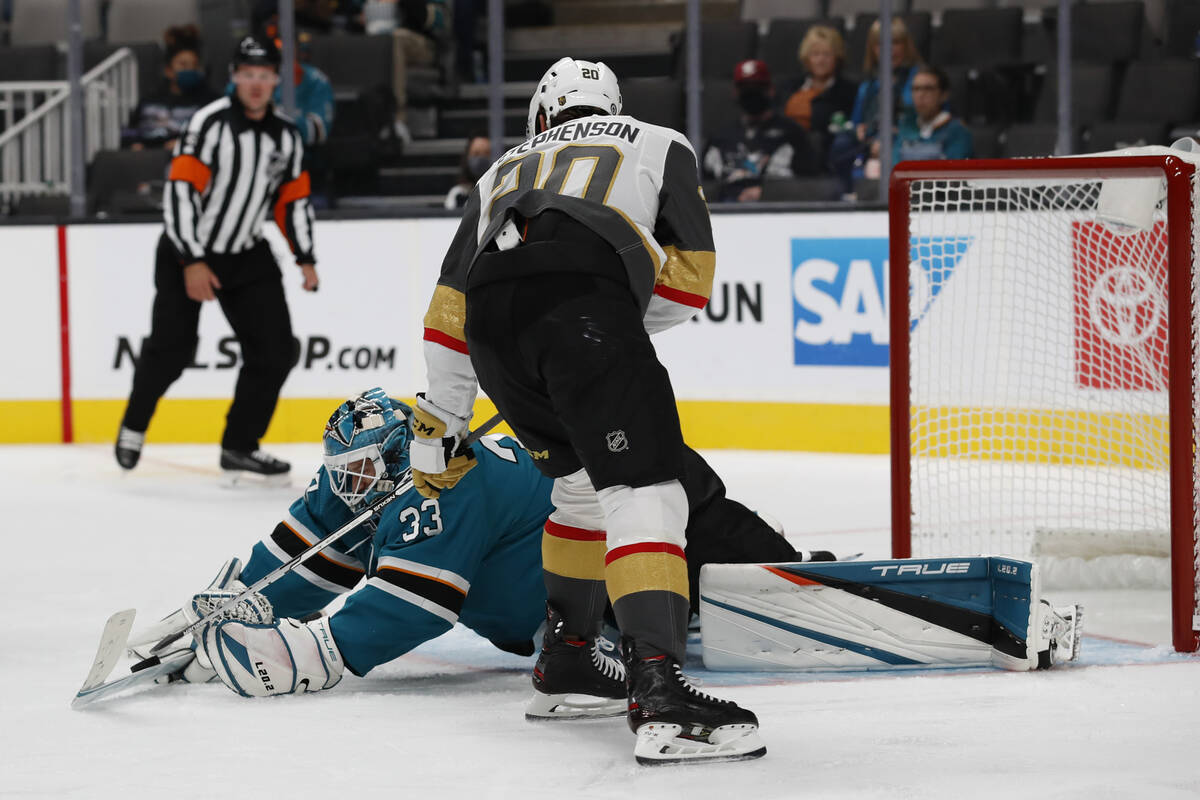 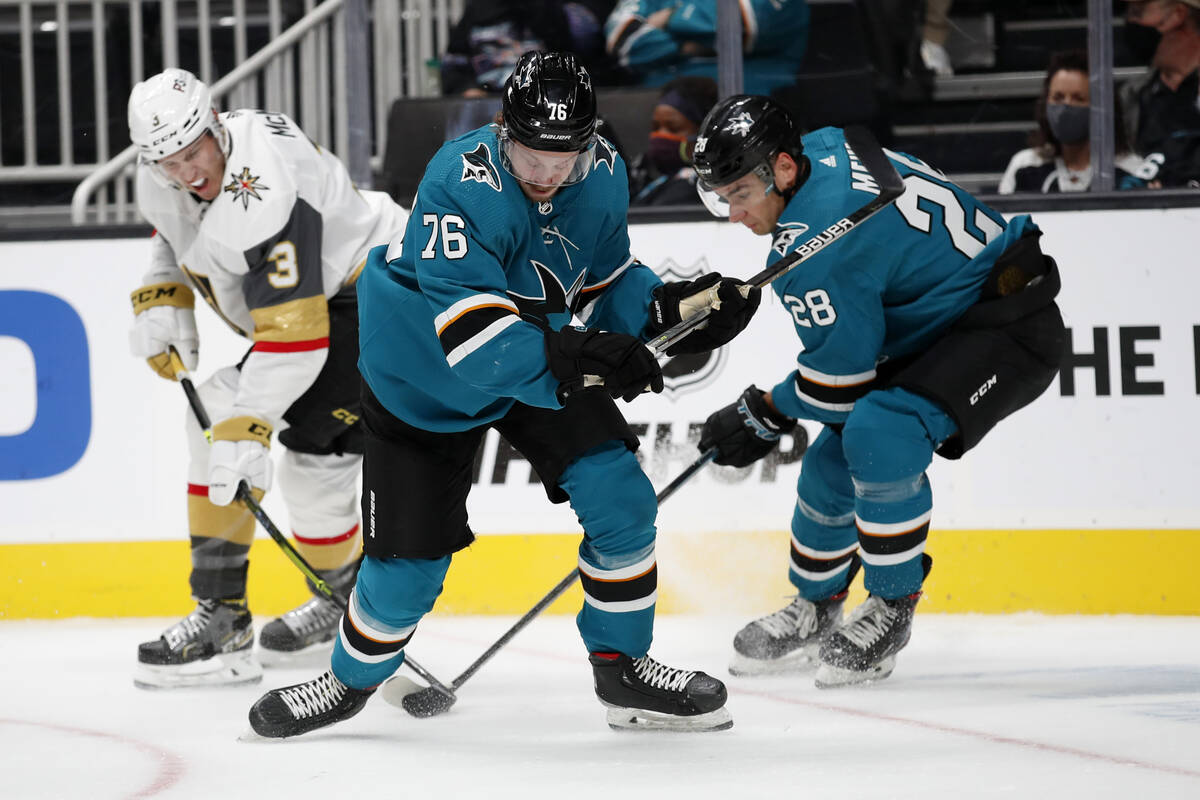 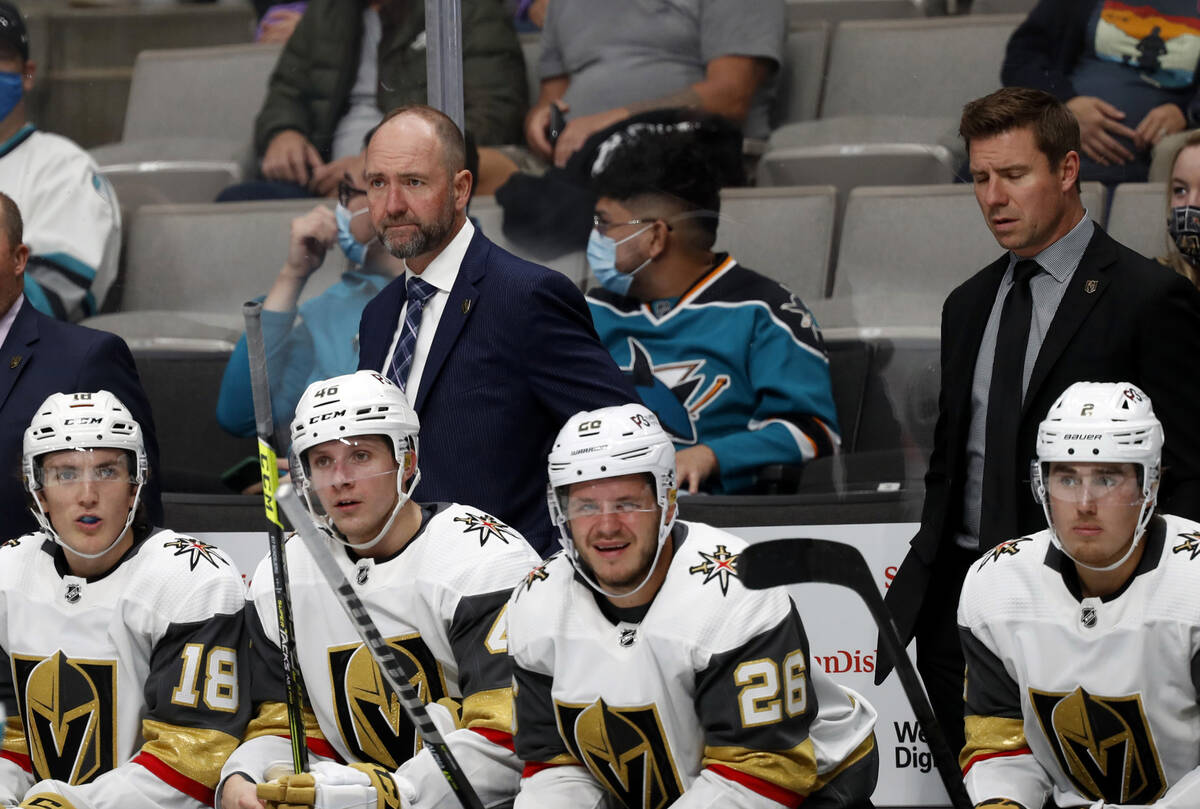 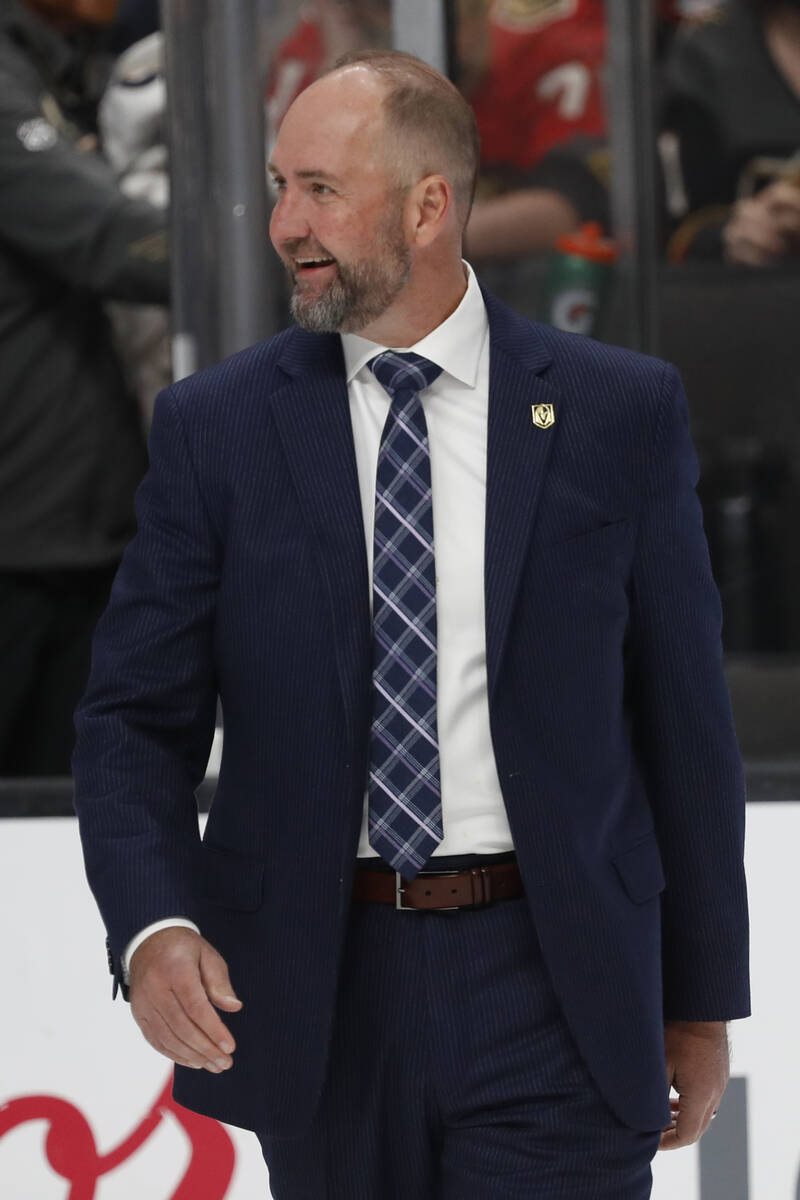 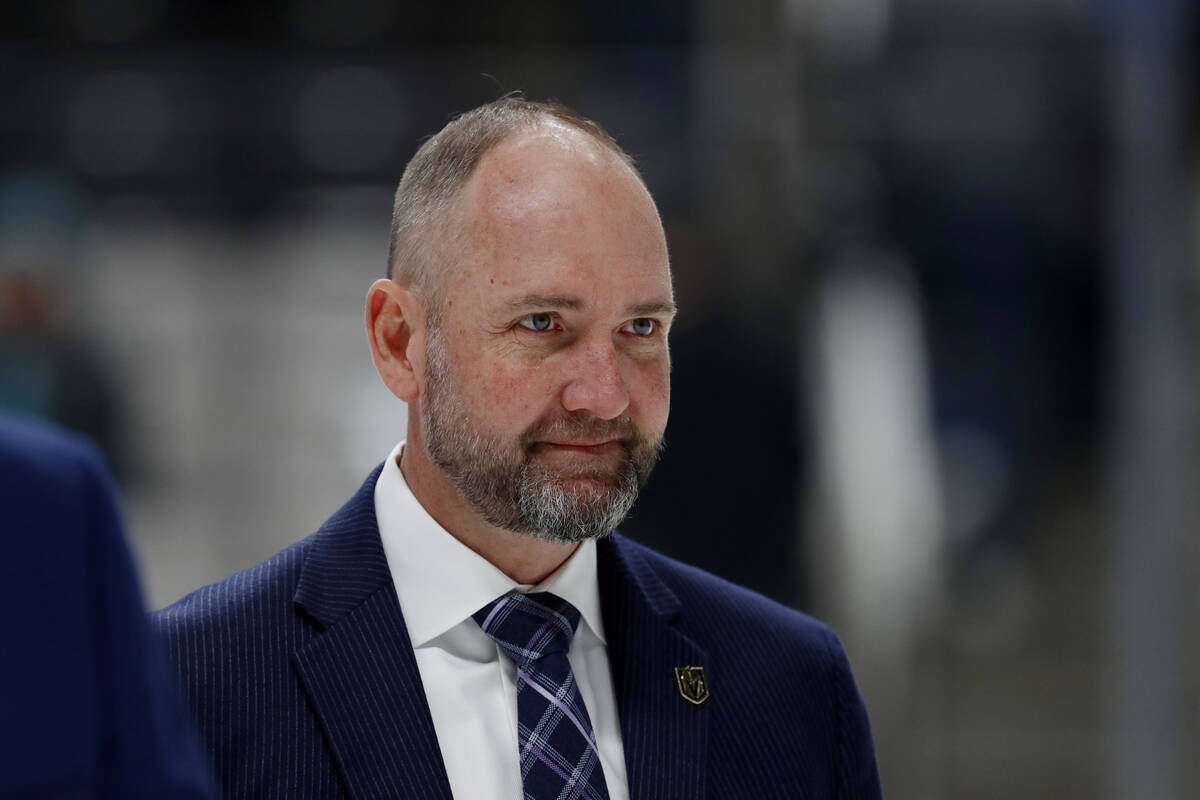 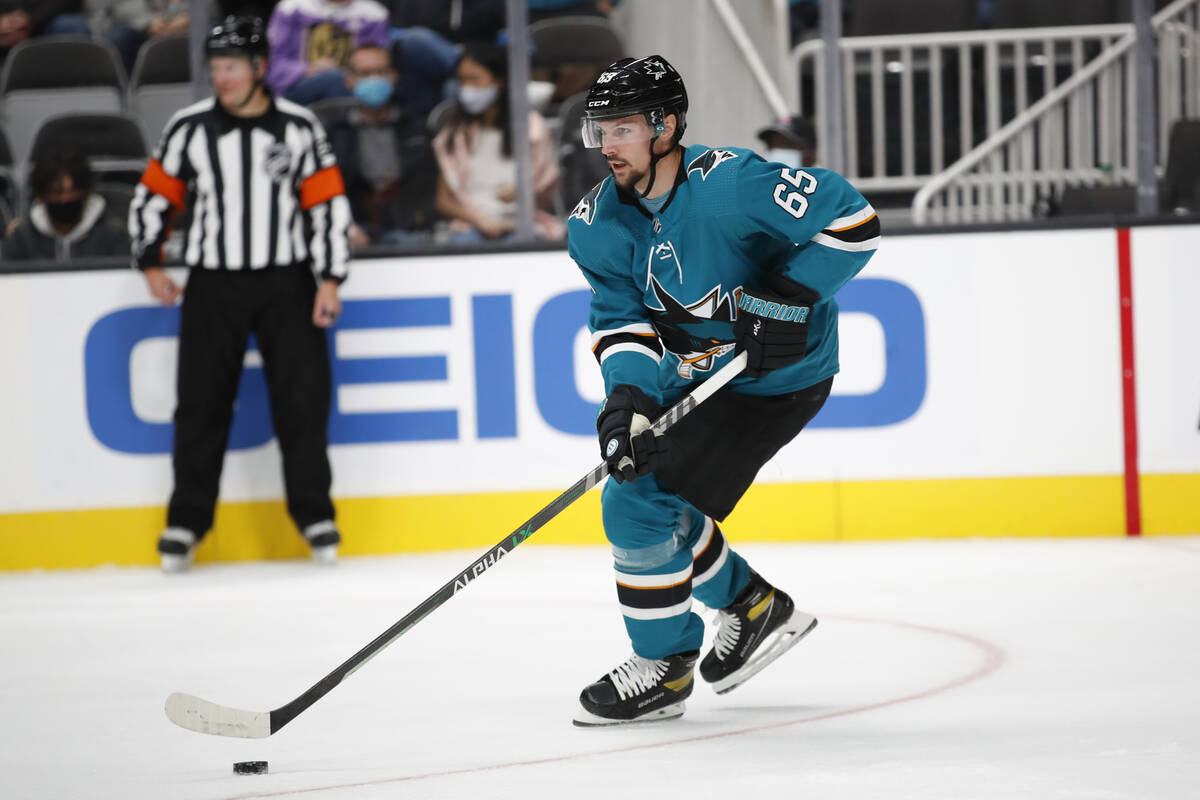 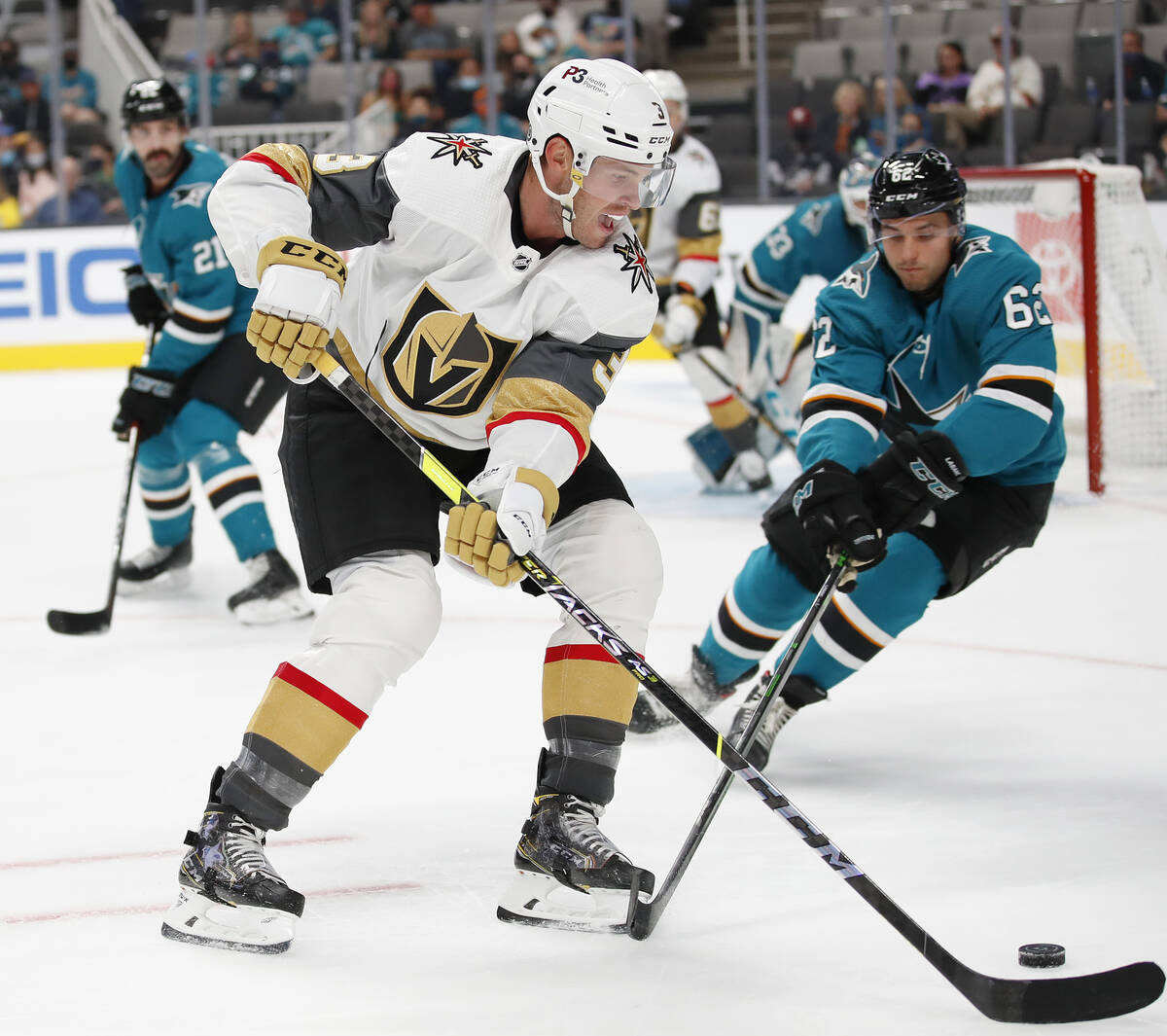 The first period of Saturday’s preseason finale between the Golden Knights and Sharks featured one commercial break, and the game officially lasted a tidy 2 hours, 13 minutes.

Both teams must have been in a hurry for the regular season to begin.

The final dress rehearsal didn’t go as planned for the banged-up Knights, who lost 4-0 to the Sharks at SAP Center in San Jose, California.

Defenseman Zach Whitecloud left late in the second period after blocking a shot and did not return. Coach Pete DeBoer did not provide an update on his status.

After finishing the exhibition season 3-4, the Knights open the regular season Tuesday when the expansion Seattle Kraken come to T-Mobile Arena.

“I’m glad exhibition is over,” DeBoer said. “We’re ready. I think everyone’s ready. I think you see that in some of our group out there that they’re ready to play for real now.”

Kevin Labanc had a goal and an assist to lead the Sharks, who don’t play the Knights again until March 1.

“The good thing is, we got accomplished what we wanted, which was we got a real good look at a lot of young guys,” DeBoer said. “A lot of guys got opportunity to play.”

The Knights acquired Evgenii Dadonov to upgrade the ailing power play and provide middle-six scoring. He might do that in the regular season.

But if his preseason production is any indication, there’s concern he might not meet those expectations.

In five appearances, Dadonov didn’t have a point and finished with a minus-four rating.

He started on the second line for the first two periods against the Sharks and skated on the top line in the third period. Of his six shot attempts, only one found its way on net.

Dadonov also had a costly turnover in the first period that led to San Jose’s first goal.

After the Knights led the NHL in penalty killing last season, that was one area they weren’t supposed to worry about.

But it was a problem throughout the preseason, as teams converted at a 33.3 percent rate (8-for-24).

Labanc put San Jose ahead 2-0 in the first period when the puck came to him at the top of the right circle and he sent a shot through traffic. Logan Couture also hit the crossbar on the same power play before Labanc scored.

The Knights were hoping to use their bottom-six forwards more in a penalty killing role this season but might need to revisit that plan.

Goalie Robin Lehner made his second consecutive start and was unable to stop the first two shots he faced. But there wasn’t much he could do on any of the goals.

Whitecloud and defense partner Nic Hague collided in the neutral zone like Keystone Cops, leading to a two-on-none that William Eklund converted in the second period.

Brent Burns’ shot in the third period went in when Keegan Kolesar tried to glove the puck out of midair and redirected past Lehner.

“Like our team in the first, I thought our whole team was sloppy, him included a little bit,” DeBoer said. “But I thought in the second and the third he was good. In practice he looks great. I’m not worried about him.” 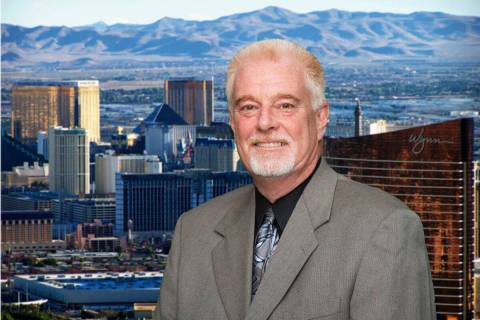 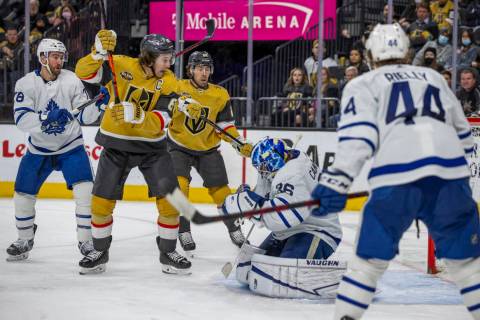 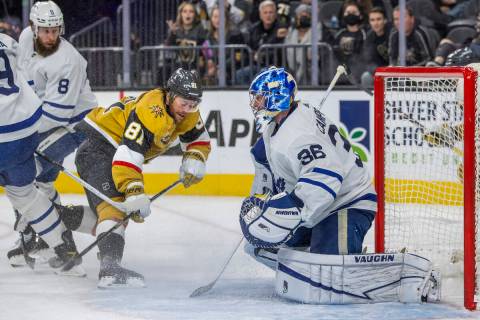 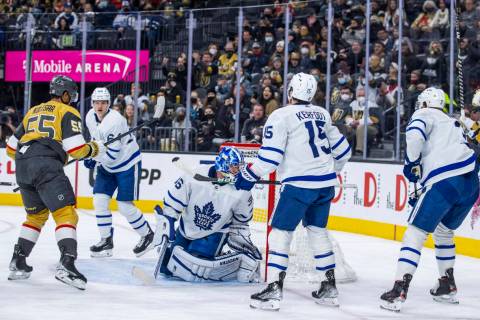