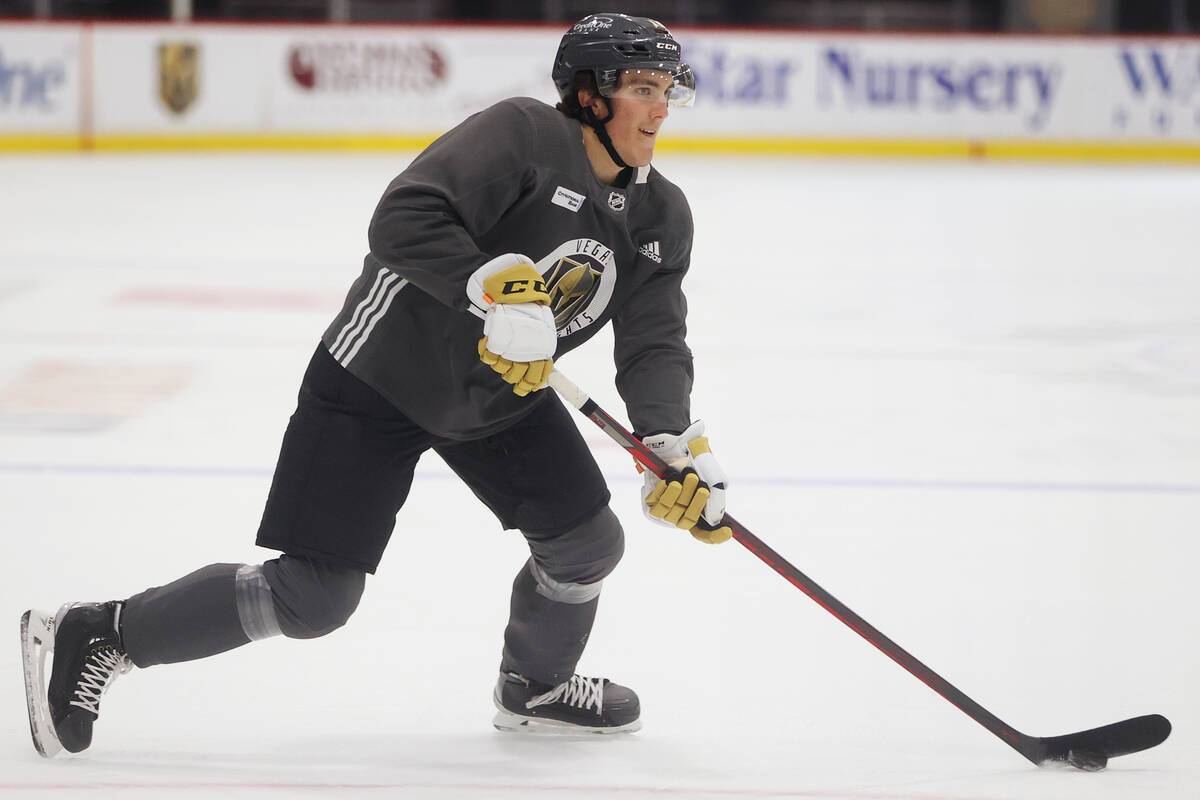 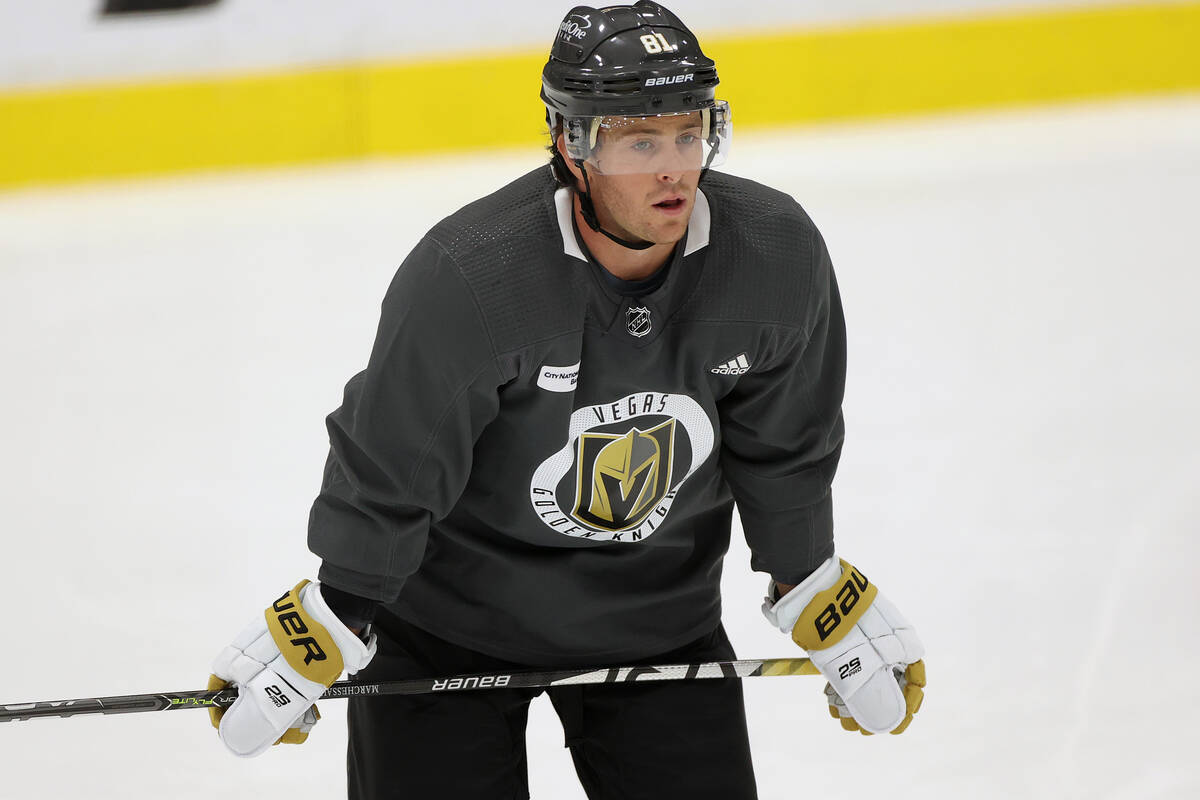 The Golden Knights, 19 days after opening training camp Sept. 22, are through the preseason.

There’s nothing standing between them and their nationally televised opener on ESPN against the Seattle Kraken on Tuesday at T-Mobile Arena. Their fifth straight pursuit of a Stanley Cup is about to get started.

“It’s the best team we’ve had on paper I think since the beginning,” Marchessault said. “Every year, it felt that way. We always got better as a team, I feel. We have high expectations. We’re one of the top teams in the league. Teams are going to be ready for us.”

The Knights aren’t likely to look back much now that their first full training camp under coach Pete DeBoer, which included seven games featuring 39 players, is over. But here are three things they learned before regular-season hockey gets underway:

Knights top prospect Peyton Krebs, their first-round pick in 2019, didn’t get off to a strong start.

The 20-year-old forward was trying to do too much and was careless with the puck in the preseason opener. He was minus-one in his second game. The team still didn’t shy away from giving him chances.

Krebs played in six preseason games, tied for the most on the Knights, and got better as time went on. He started to play a more direct, north-and-south game and focused on providing energy and forechecking rather than fancy passes.

It culminated in a four-point game Tuesday against the Colorado Avalanche. He was plus-four at five-on-five his final four games. Even if Krebs doesn’t make the opening-night roster, he likely positioned himself well for an early call-up.

“I think you can see as the games go on, they get a little more comfortable,” coach Pete DeBoer said of young players like Krebs. “Not overthinking situations. They also see that camp’s ending and they’re trying really hard to make a statement with their best game out there before we have to make those decisions.”

The Knights believe this is the deepest group of forwards they’ve had, even with right wing Alex Tuch sidelined to start the season.

That depth could be put to the test right away.

Centers Nicolas Roy and Brett Howden haven’t practiced since getting injured in the team’s preseason game Sept. 30 against the Los Angeles Kings. Both are considered day to day.

Left wing William Carrier hasn’t practiced since getting cut by a skate blade Tuesday that DeBoer said was “millimeters” from his eye.

If any of those players aren’t ready by Tuesday, it could create an opening in a forward group that looked set entering training camp. Krebs could stick around. Three of the Knights’ other options, centers Patrick Brown and Gage Quinney and right wing Sven Baertschi, were placed on waivers Sunday, according to multiple reports, but could still appear in the opener if they clear.

Center Jake Leschyshyn and right wing Jonas Rondbjerg, who both played Saturday, likely won’t stay up to start, but they seem to have raised their stock. The Knights’ initial roster needs to be set Monday.

“We’ve got a group of guys that are day to day,” DeBoer said Thursday. “There’s going to be opportunity because of injuries there probably wasn’t going to be two weeks ago.”

The Knights took a long look at the future of their blue line this preseason.

Miromanov made the largest splash by scoring three goals. But Korczak and DiLiberatore showed they have a chance to become steady contributors if they can adjust to pro hockey.

“I think the biggest thing is just the speed,” said Korczak, a 2019 second-round pick. “Obviously, guys are bigger and stronger. (You have to make) decisions a bit quicker. There’s not much time here.”

The question is how soon any can be ready to contribute. Coghlan, Hague and Whitecloud each played more than 100 American League Hockey games. DiLiberatore has 13 AHL appearances and Korczak has 11.