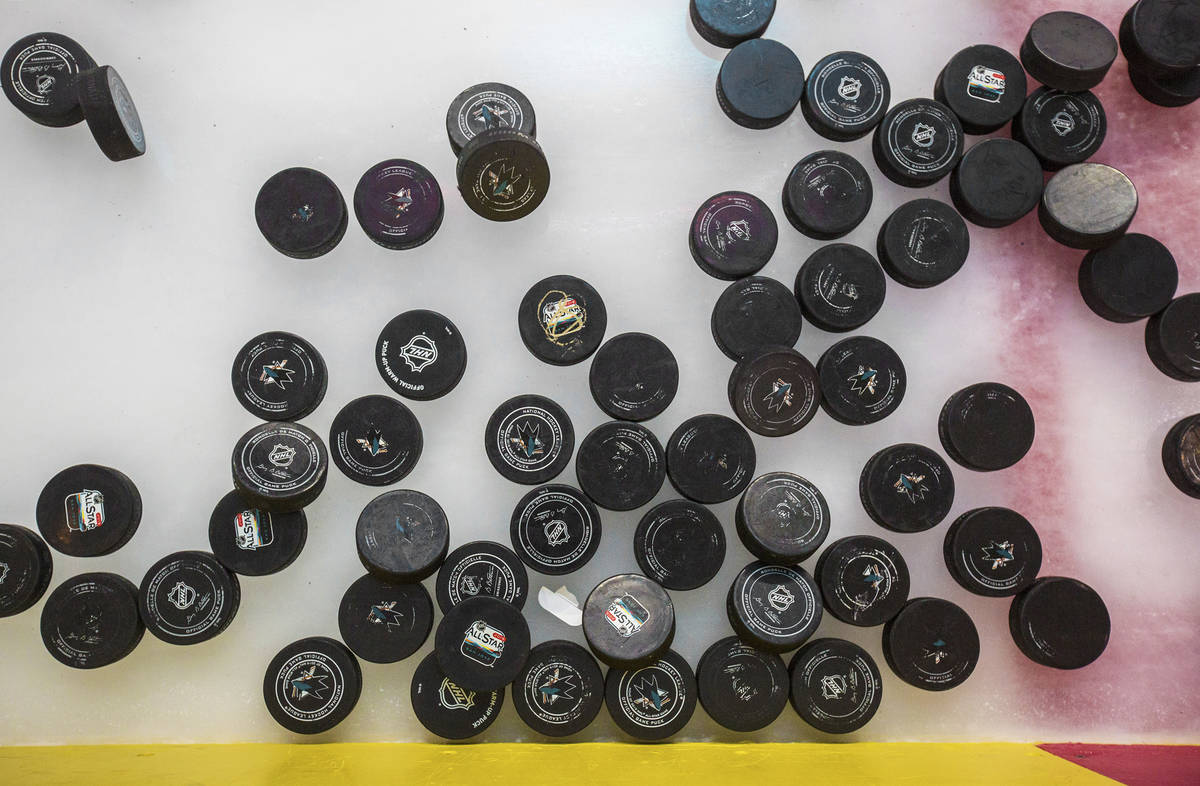 Golden Knights practice pucks lay on the ice before the start of morning skate ahead of game one of the NHL Western Conference quarterfinals later tonight on Wednesday, April 10, 2019, at SAP Center, in San Jose, Calif. (Benjamin Hager Review-Journal) @BenjaminHphoto 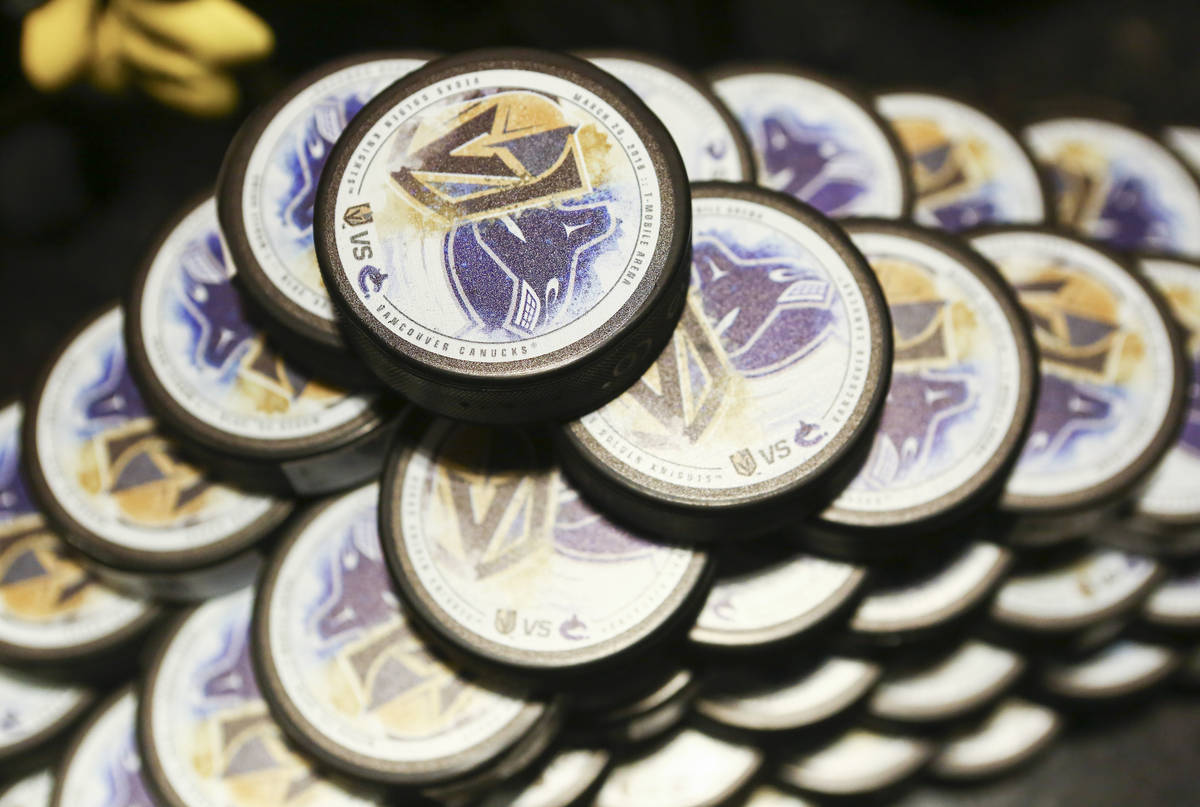 Four Golden Knights players have tested positive for COVID-19, the team confirmed to the Review-Journal on Monday.

The news was first reported by TSN. The players who tested positive were not identified.

The Knights said the four players are self-isolating and are “recovering well.” As a precaution, the team is closing all the off-ice player areas at City National Arena (the locker room, lounge, gym, training room and video room) to players and staff through Sunday.

“We will continue to follow recommendations and guidance from the CDC, NHL and our local officials to ensure the health and safety of our community, players and staff,” the team said in a statement.

The team previously hadn’t had a public positive COVID-19 test. The Knights did not have any players test positive during training camp in July at City National.

The NHL did not have any players test positive during the postseason, which was conducted in “secure zones” in Toronto and Edmonton, Alberta. The league ultimately conducted more than 30,000 tests without a positive result.

The Knights are awaiting word as to when the 2020-21 NHL season will begin. The league has a tentative start date of Jan. 1.