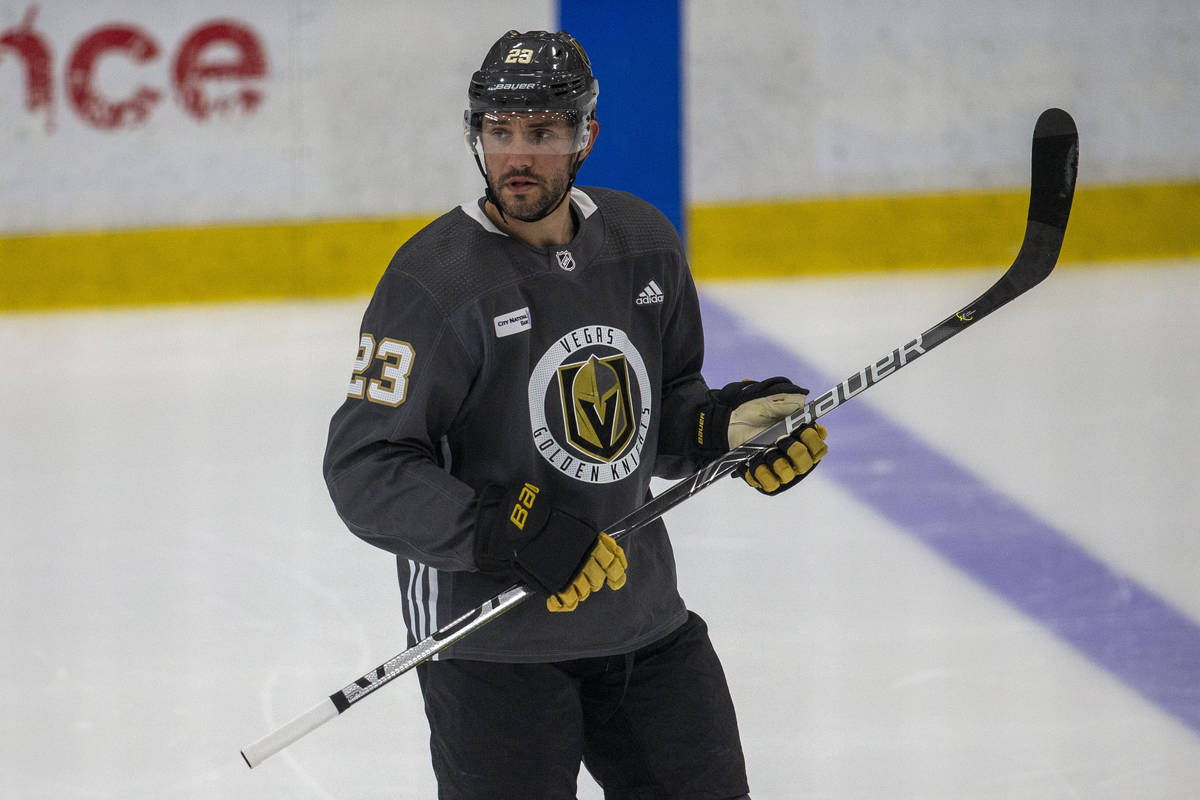 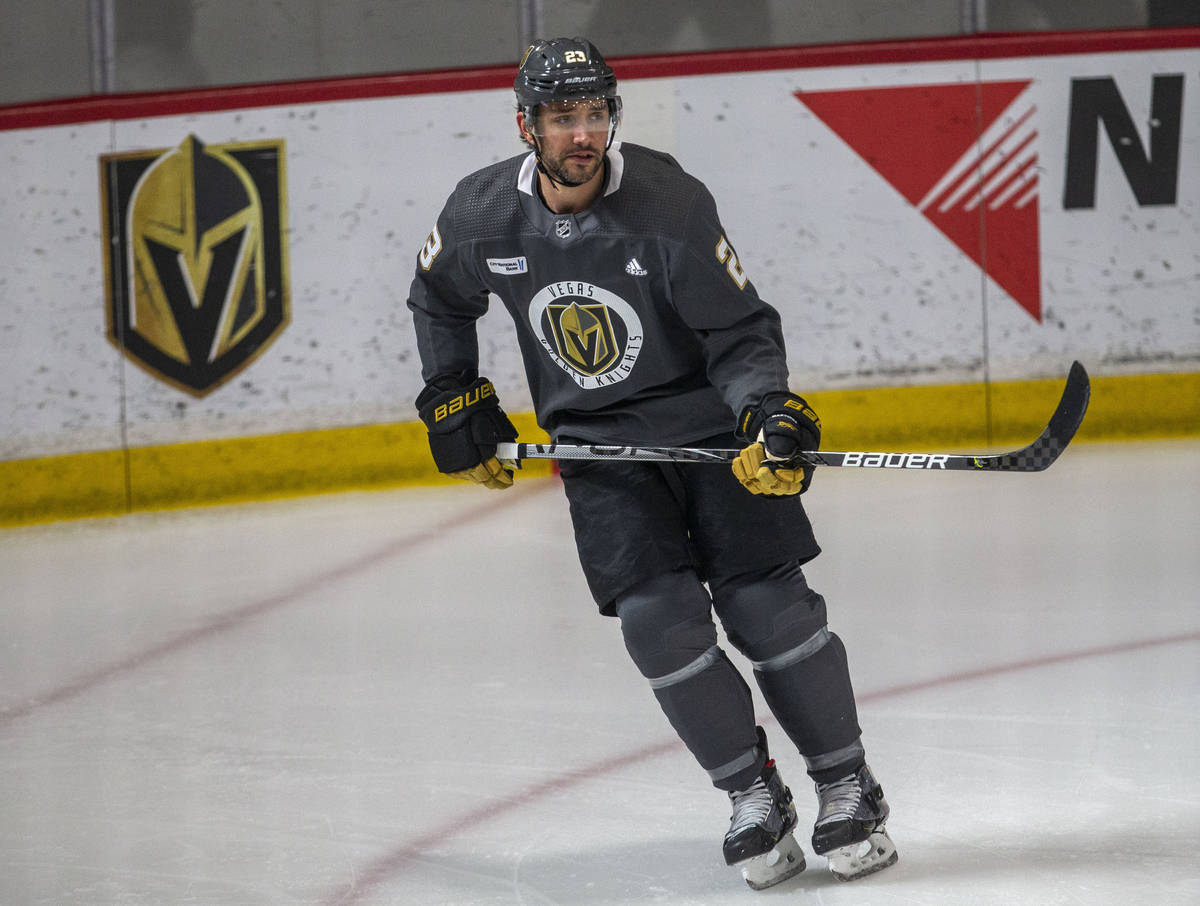 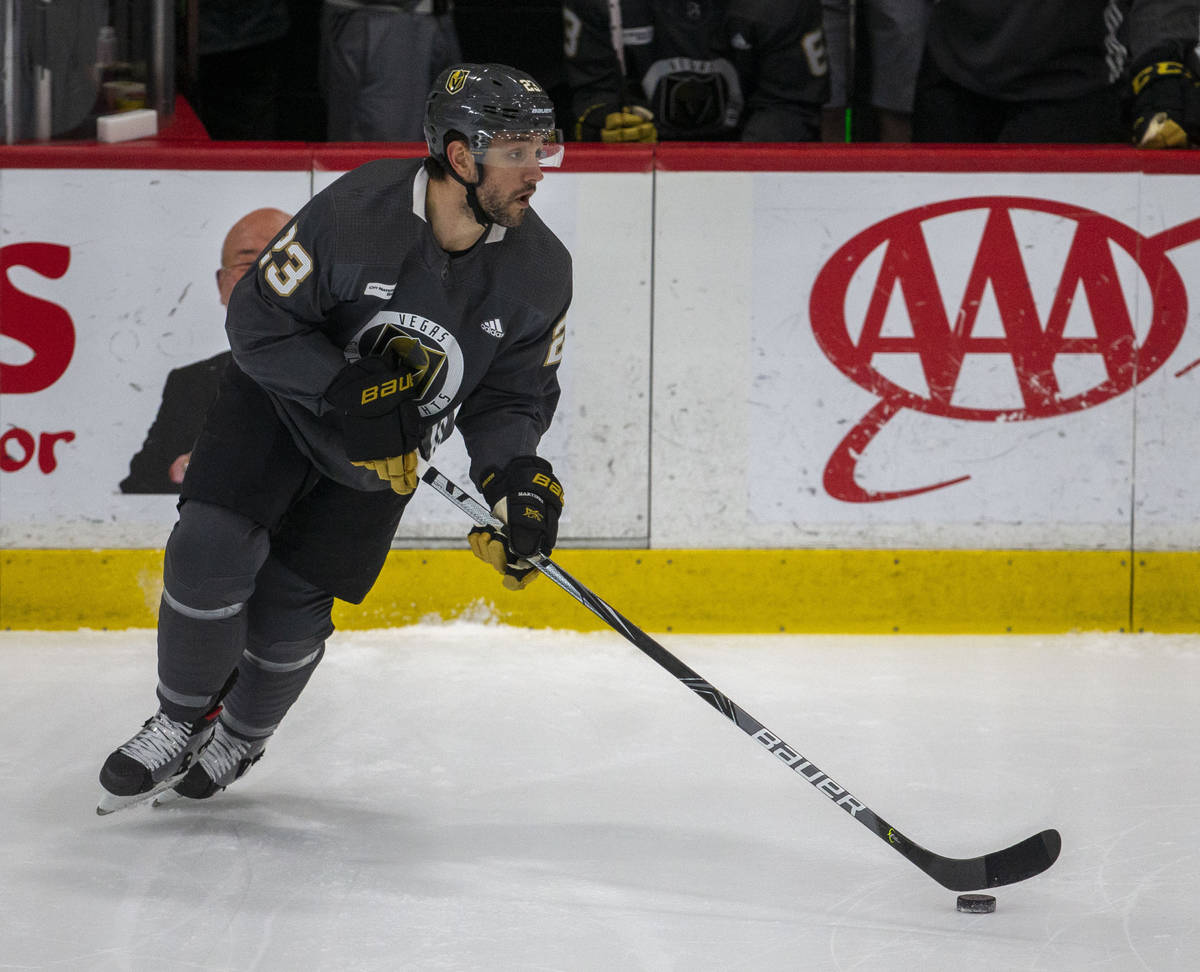 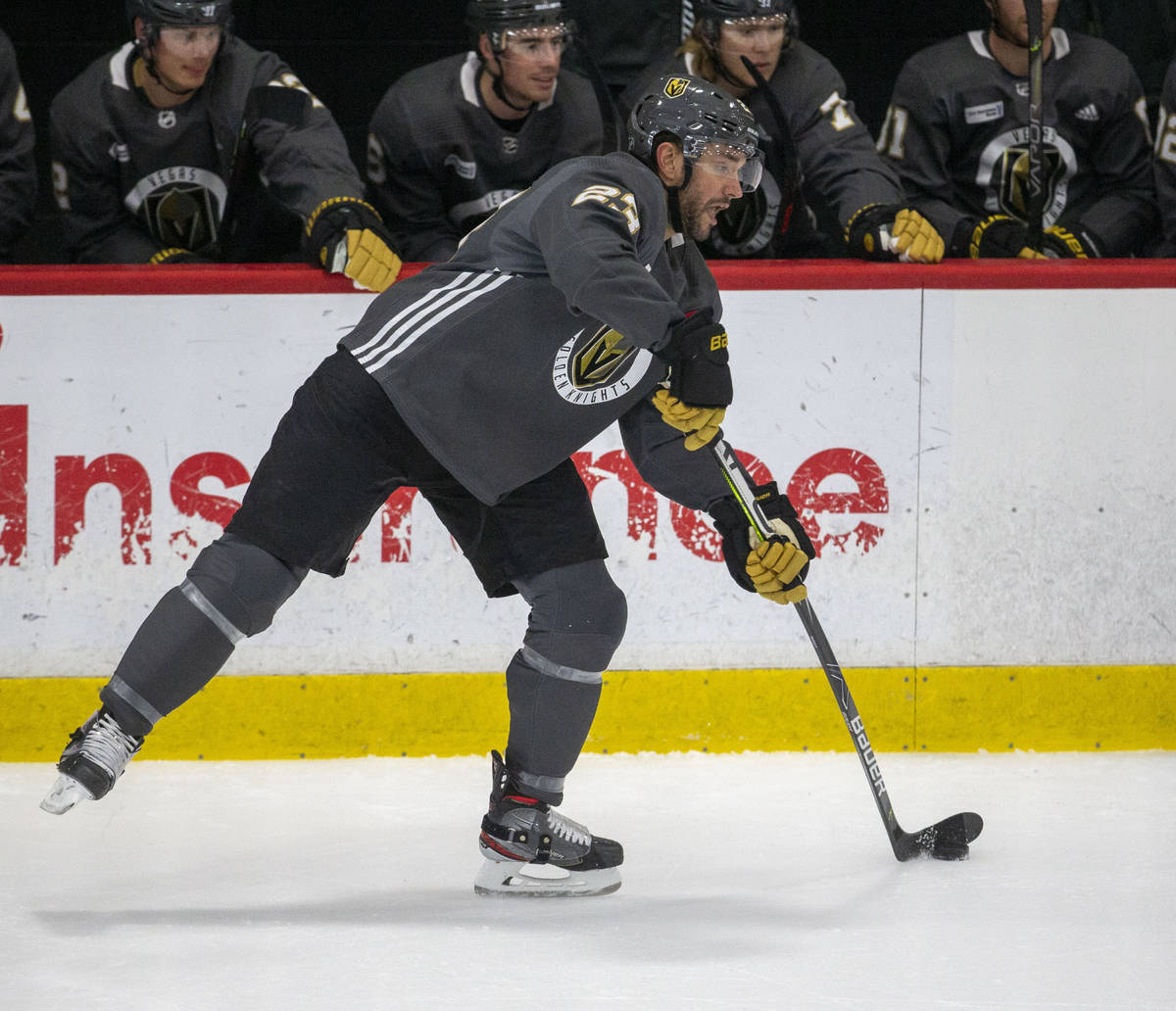 Alec Martinez was acquired by the Golden Knights in February with the belief he would add versatility along the blue line and Stanley Cup experience to the locker room.

Martinez’s puck-moving skills have helped stabilize the Knights’ top four on defense, and his influence on partner Shea Theodore is obvious, too.

But with one season remaining on Martinez’s contract, the Knights eventually must decide whether the 33-year-old figures into their long-term plans.

“I think if the team’s successful, then individuals are successful. The business side will take care of itself,” Martinez said. “To answer your question if I put a whole lot of thought into it, no, I haven’t. I’m just trying to get ready for this year.”

Martinez signed a six-year, $24 million contract with Los Angeles in December 2014 after he scored the winning goal in double overtime to clinch the Stanley Cup title the previous season. He also won the Cup with the Kings in 2012 against New Jersey, which was coached by DeBoer.

After Martinez established himself as a longtime fixture on defense for the Kings, he was traded to the Knights in February before the deadline for second-round picks in 2020 and 2021.

“We knew when we got him his numbers weren’t great offensively, but I had also seen him back as far as 2012-13 in the Stanley Cup Final creating offense and playing on the power play, so we knew that was there,” DeBoer said. “It’s been even better than we thought.

“He’s got a great demeanor to him at the rink of quiet confidence, but he knows to enjoy the game and the day-to-day grind of the game, too.”

Martinez also has formed a strong pairing with Theodore, who emerged as one of the NHL’s most exciting defensemen during the final half of the regular season and into the playoffs.

The Knights had 56 percent of the shot attempts when the two were on the ice at five on five.

“If you can’t play with Shea Theodore, it’s probably on you,” Martinez said.

The Knights are projected to be slightly above the $81.5 million salary cap with 20 players on the roster, and Martinez’s $4 million cap hit and contract status caused his name to briefly come up in trade rumors this offseason.

But CapFriendly.com currently projects the Knights to have more than $5.6 million in cap space for the 2021-22 season, more than enough to sign Martinez. Forward Tomas Nosek is the only other player set to become an unrestricted free agent.

Martinez, who will be 34 when next season begins, has never gone through free agency during his career. His agent, Alexander Schall, did not respond to a message Wednesday seeking comment about whether the Knights have discussed an extension.

If they decide not to re-sign Martinez or can’t afford to bring him back, they could look to recoup some of the draft capital before the April 12 trade deadline.

Hague was paired with Zach Whitecloud during the first three days of training camp and appears to be competing for a roster spot with veteran Nick Holden. Coghlan is “knocking on the door,” according to DeBoer, and has skated with Holden.

I think if you get caught up too much thinking about that kind of thing, it’ll get the best of you,” Martinez said. “I’m just focusing on having a good year.”