Alec Martinez knows what it takes to win a Stanley Cup. He’s done so twice in the last nine years.

He believes his new team can do it too. The 32-year-old defenseman skated with the Golden Knights for the first time Thursday, after being traded by the Los Angeles Kings a day earlier.

That’s not much time to evaluate his new roster, but Martinez already is plenty familiar with Knights after playing in the same division for two-plus seasons.

“If I had a spot to pick, it’d definitely be here,” Martinez said. “You’ve got a ton of firepower up front. You’ve got a lot of good defensemen capable of moving the puck, skating … and then obviously you’ve got great goaltending. That was something I learned the hard way a couple years ago in the playoffs, getting swept by these guys.”

The Knights believe Martinez adds to that talent base for the cost of two second-round picks. The versatile defenseman should stabilize their back end and provide steady minutes at 5-on-5 and on special teams.

Thursday he was on the team’s third pair with Jon Merrill. That may change, coach Pete DeBoer said, once Martinez is up to speed with the Knights’ systems.

DeBoer said he doesn’t expect that to take too long because the Kings’ language and verbiage is similar.

“He’s going to make us better,” DeBoer said. “(I’m) excited to have another veteran presence back there.”

The Knights want that to be true, not just in the regular season but in the playoffs. They didn’t just acquire Martinez for his savvy and skating. They did so in part because he’s won in June. They hope his experience helps them do the same.

Martinez isn’t an offense-first defenseman in the mold of Brent Burns or Erik Karlsson. But he still has some spectacular highlights.

Martinez scored two series-winning goals on the Kings’ road to the 2014 Stanley Cup. He scored in overtime in Game 7 of the Western Conference Finals against the Chicago Blackhawks. Twelve days later he clinched the Cup by scoring in double overtime of Game 5 of the Final.

“Every kid growing up has scored that goal in their driveway,” Martinez said. “For me to actually be able to do that in real life is something pretty special.”

Coach Rocky Thompson said Glass injured his right knee, though the severity of the injury is unclear, according to the Chicago Sun-Times. Glass previously injured that knee Jan. 4 against the St. Louis Blues and didn’t play again until Feb. 13.

The Knights reassigned defensemen Jimmy Schuldt and Zach Whitecloud to the AHL on Thursday.

Schuldt and Whitecloud were called up Wednesday from the Wolves for salary cap purposes. 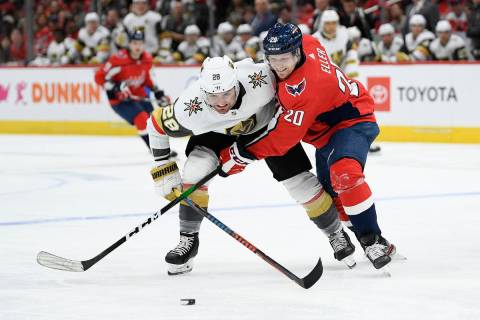 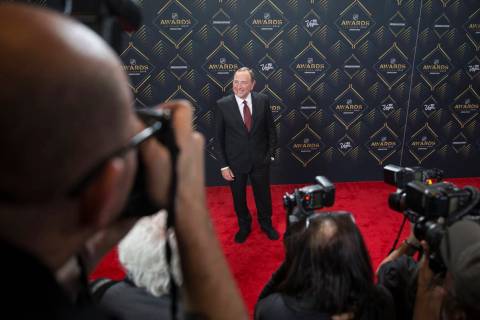 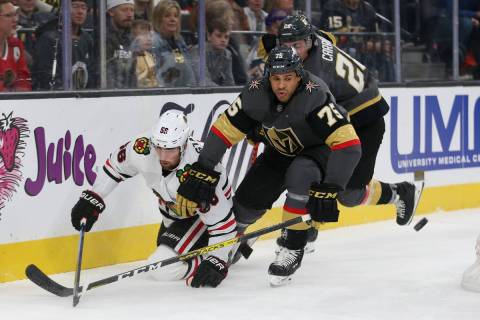 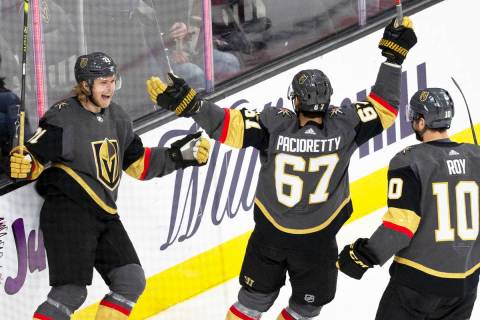