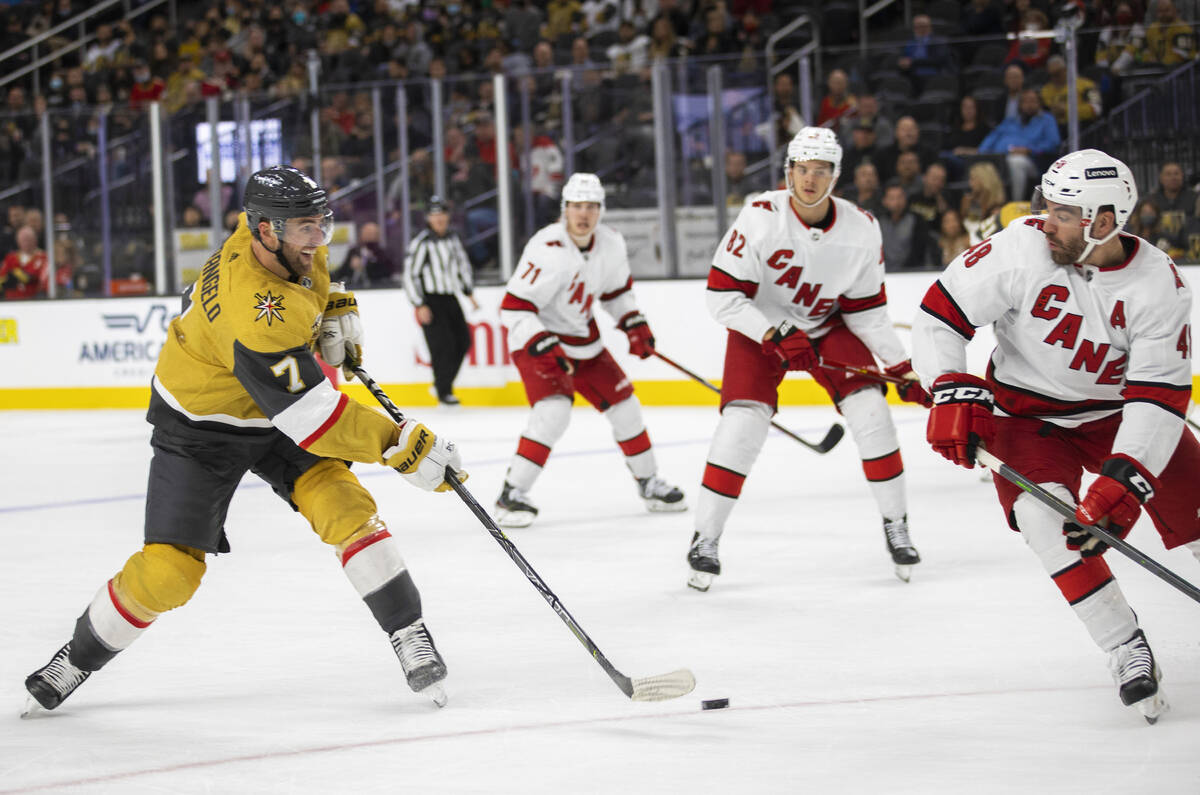 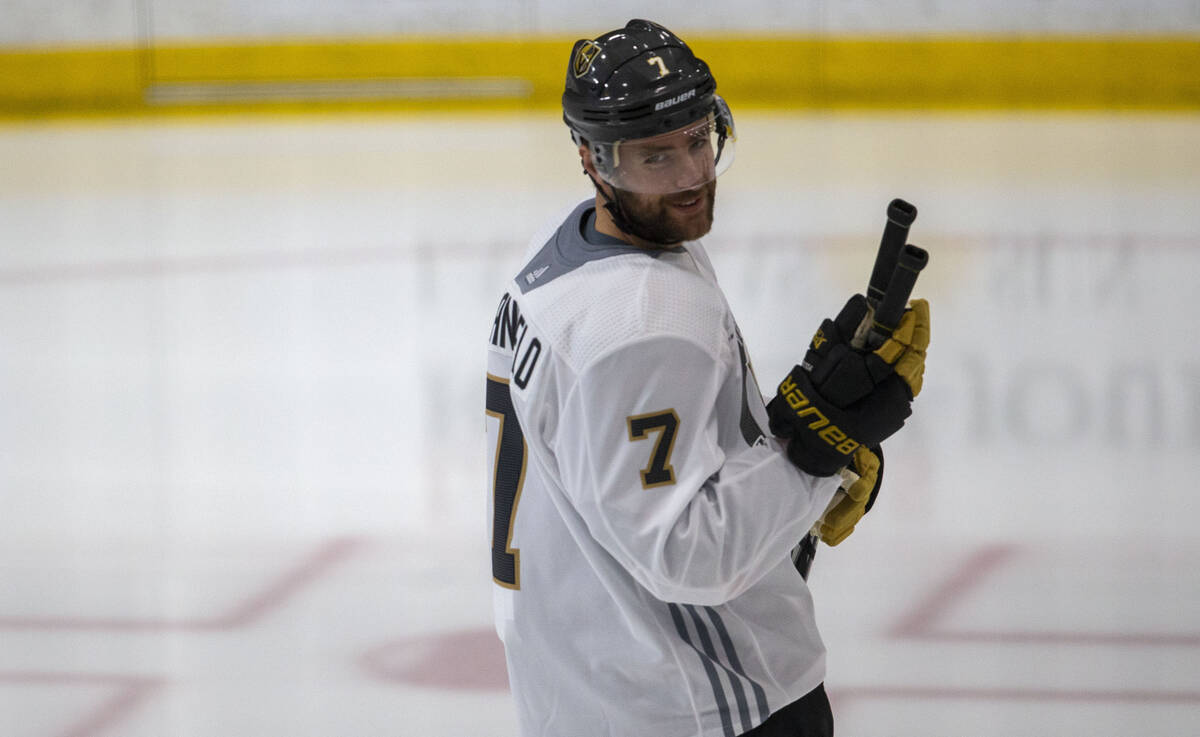 Alex Pietrangelo was criticized for his poor underlying numbers through the Golden Knights’ first nine games, with multiple analysts suggesting the defenseman was off to the worst start of his career.

But his performance Saturday against Edmonton was the kind on which Norris Trophy campaigns are built.

Pietrangelo played 29:57 in the Knights’ 3-2 loss and was a key reason the Oilers’ dynamic duo of Leon Draisaitl and Connor McDavid were held without a point in the same game for the first time this season.

“I think when you’re defending those guys you’ve got to do it as a five-man unit,” coach Pete DeBoer said. “I thought our guys were conscientious when (Draisaitl and McDavid were) on the ice.

“It’s ironic that we gave up a handful of breakaways and two-on-ones and neither of those guys were the guys that stuck them in the net.”

Pietrangelo had one point in the opening nine games while trying to carry the load for an injury-ravaged lineup, and his goals-above-replacement was the worst in the league, according to Evolving Wild.

Since then, he’s produced 11 points (four goals, seven assists) in the past 12 games, and NaturalStatTrick.com shows his expected goals share of 56.25 percent at even strength during that span.

Pietrangelo’s effort against the Oilers was the second time this season he’s logged more than 29 minutes of ice time. The other instance was Oct. 22, also against Edmonton.

He surpassed that mark four times in his debut season with the Knights, including a 31:00 showing April 7 at St. Louis against his former club.

Saturday, Pietrangelo hopped over the boards for 28 shifts and played 14:03 at even strength against Draisaitl. When those two were matched together, the Knights held the advantage in even-strength shot attempts (23-13), scoring chances (13-6), high-danger chances (6-3) and generated 73.5 of the expected goals share, according to NaturalStatTrick.

In his 8:49 of even-strength play against McDavid, the Knights had 85 percent of the expected goals (1.09-0.19) by NaturalStatTrick’s calculations.

The lone blemish came on Edmonton’s second goal when Pietrangelo was too aggressive trying to jump into the offense and got caught up ice before Mark Stone’s turnover, leading to Zach Hyman’s breakaway.

The game at Anaheim on Wednesday will be DeBoer’s 100th as coach of the Knights.

Defenseman Zach Whitecloud turned 25 on Sunday. He shares a birthday with former Knights goalie Marc-Andre Fleury, who celebrated his 37th by starting for the Blackhawks against the Sharks.

Fleury is three victories from becoming the third goalie in NHL history with 500 career wins. 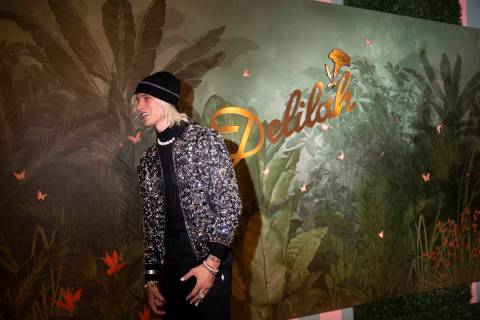 Platinum-selling recording artist Machine Gun Kelly will perform during the second intermission of the NHL All-Star Game on Feb. 5 at T-Mobile Arena. 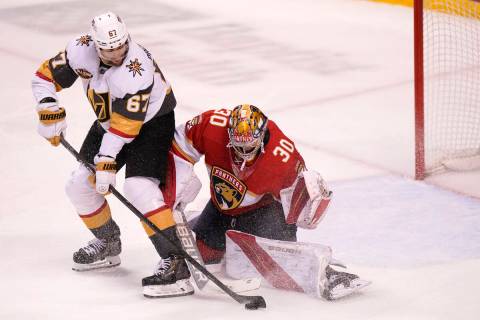 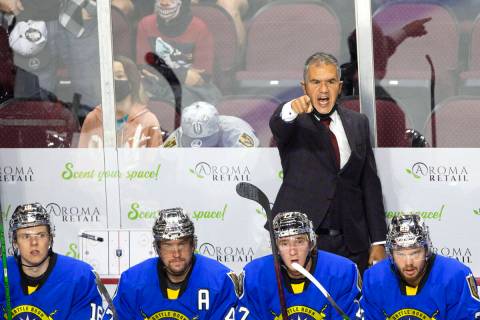 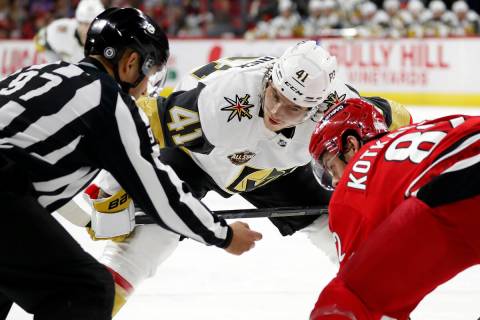 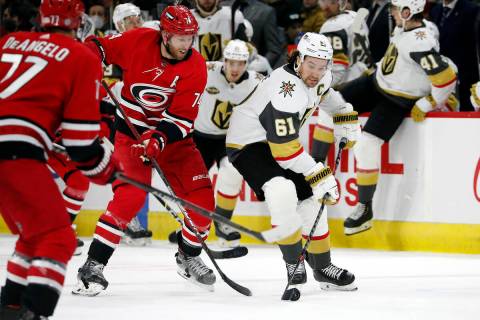 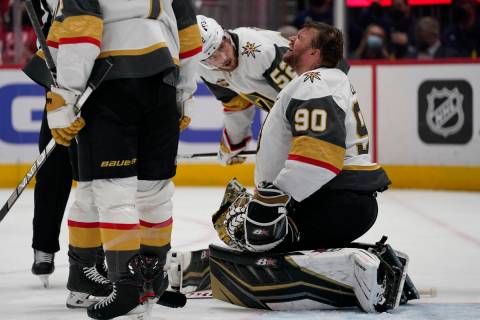 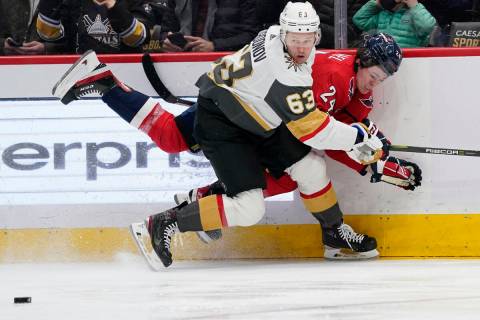