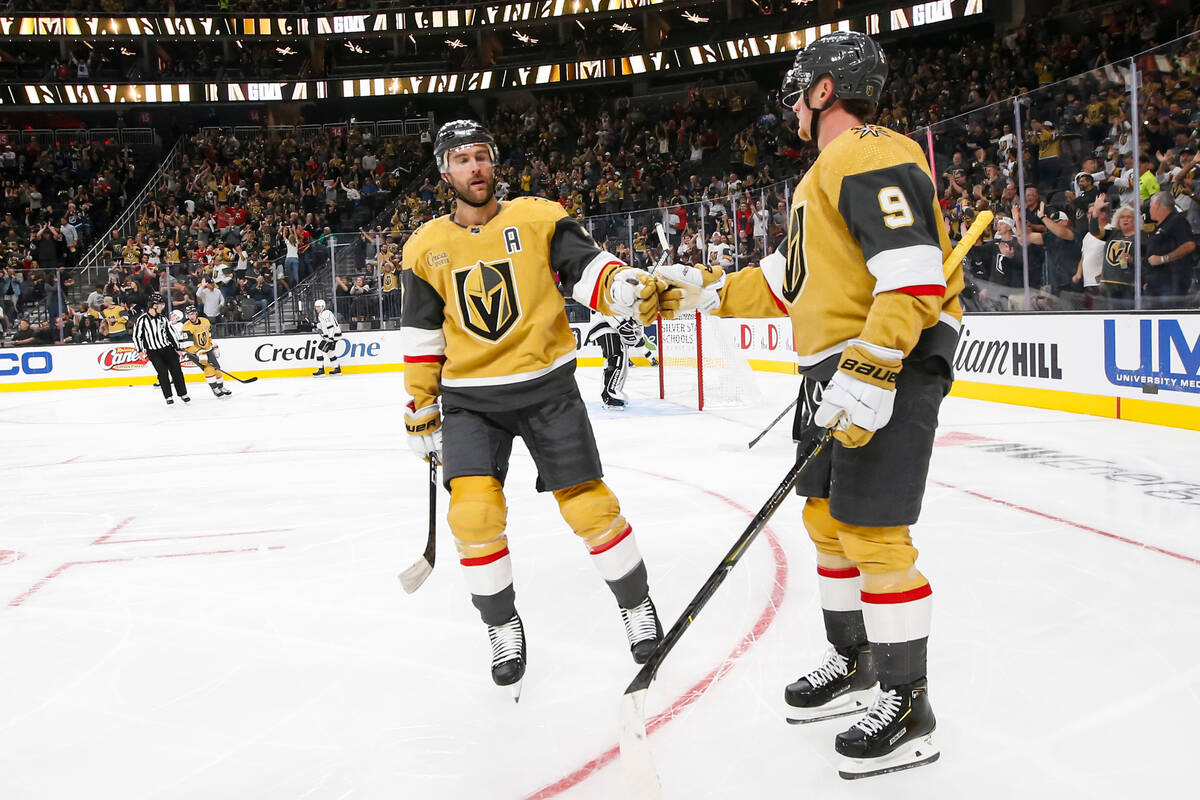 The Golden Knights said Wednesday that defenseman Alex Pietrangelo will remain away from the team “indefinitely” due to an illness in the family.

Pietrangelo was not on the Knights’ recent four-game road trip for personal reasons. The team said in a statement: “The Vegas Golden Knights wholeheartedly support Alex and the Pietrangelos and ask that the family’s privacy be respected at this time.”

Alex Pietrangelo is away from the team and will remain so indefinitely due to an illness in the family.

The Vegas Golden Knights wholeheartedly support Alex and the Pietrangelos and ask that the family’s privacy be respected at this time.

Pietrangelo, 32, is tied for second on the Knights in scoring with 21 points. He also leads the team in average ice time at 23:29 per game. The Knights were 3-1 in his absence before Wednesday’s game against the New York Rangers.

The Knights also remain without centers Jack Eichel and Brett Howden, who are both nursing lower-body injuries.

Eichel, who missed Monday’s game against the Boston Bruins, is considered day to day. He leads the Knights in goals (13) and points.