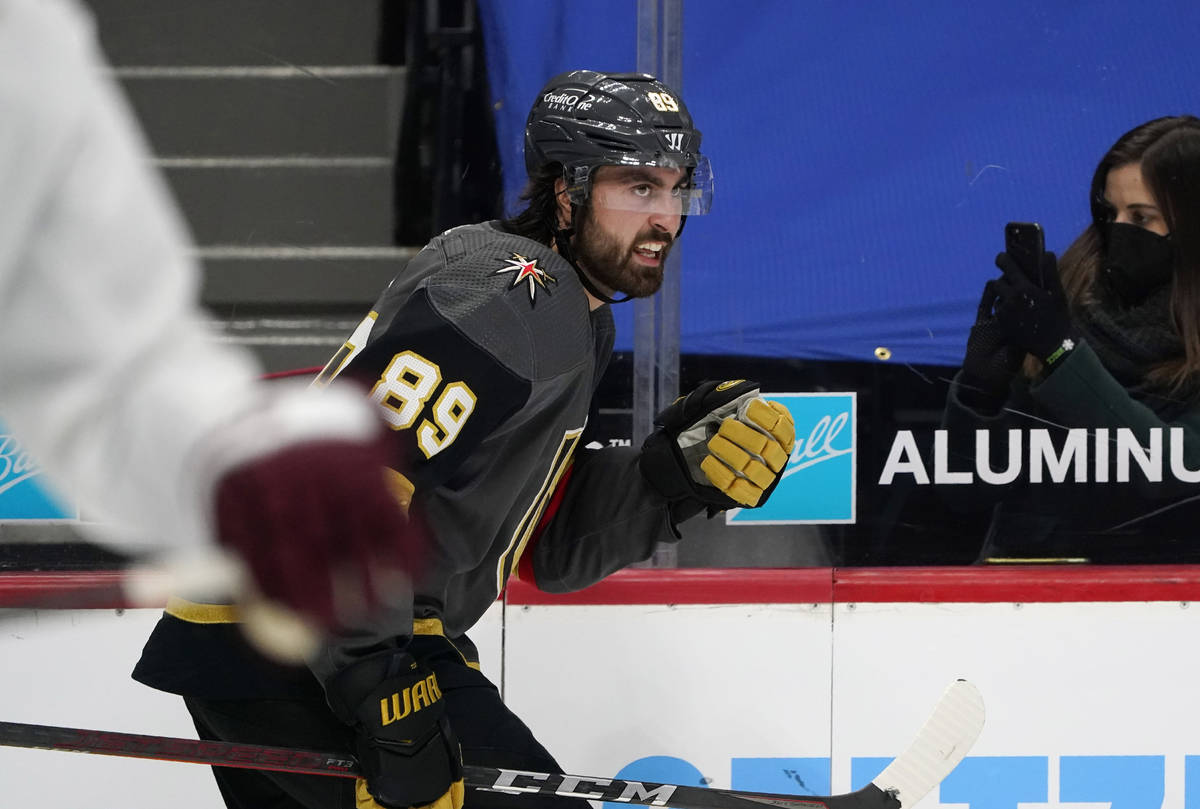 Vegas Golden Knights right wing Alex Tuch, back, reacts after scoring a goal against the Colorado Avalanche in the second period of an NHL hockey game Monday, Feb. 22, 2021, in Denver. (AP Photo/David Zalubowski) 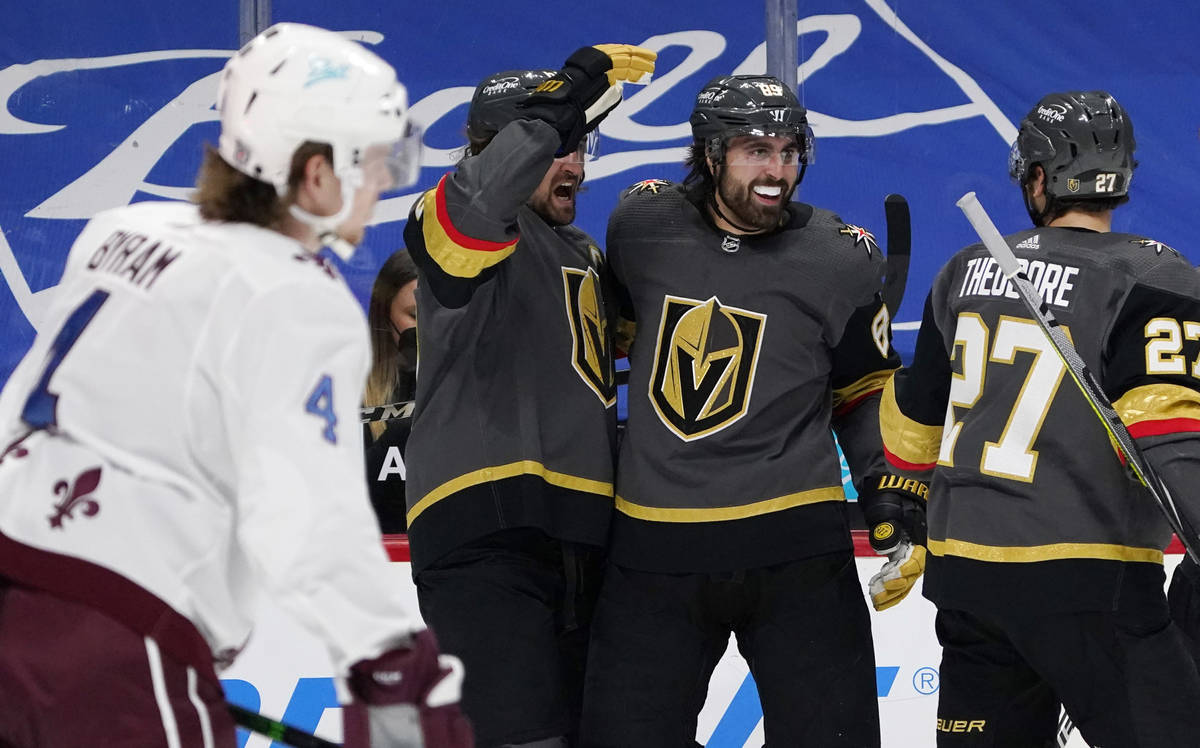 Pete DeBoer admitted when he took over the Golden Knights in January 2020 that Alex Tuch’s game “wasn’t in a good place.”

The forward had struggled to produce since being moved to the third line during the 2018-19 season. Injuries kept interrupting his playing time. Consistency was hard to come by.

But Tuch has rebuilt his game, layer by layer, since then. It’s made him a more complete player, one worthy of the promotion to the first line he received in Monday’s 3-0 win over the Colorado Avalanche.

“Tuchy’s had a great year,” DeBoer said. “He’s earned everything he’s got with hard work and coming prepared to have a good start to the season.”

Tuch’s effectiveness is no longer just coming on offense. His scoring did rebound during the postseason — when he used his size and speed to overwhelm second- and third-defensive pairs — and he carried that over to this season. His 13 points are tied for third-most on the Knights.

But it’s his defensive game that has shown the most growth. Tuch, who so often has used his speed to fly by opponents, is now using it to slow them. His ability to cover ground has earned him a role on the team’s third-ranked penalty kill.

Tuch played only 9:40 short-handed in his first three seasons with the Knights, but he’s already logged 7:13 on the penalty kill this season. He admitted it has helped his confidence defensively.

“I just want to go out there and be hard to play against, whether that’s in the offensive zone or d-zone,” Tuch said.

The extra penalty-kill time has expanded Tuch’s minutes, something DeBoer said he was looking to do two weeks into the season. His defensive play led to larger opportunities at five-on-five, too.

Tuch, 24, was moved to the first line for Monday’s game with center Chandler Stephenson and right wing Mark Stone.

The change gave Tuch tougher matchups at both ends of the ice. He saw fewer shifts against depth defensemen, and he also played against more dangerous forwards.

Tuch was on the ice with Avalanche star Nathan MacKinnon, the Hart Trophy runner-up last season, for 6:24 at five-on-five. Colorado had only two scoring chances and no high-danger chances in that time. It helped that Tuch is one of the few players who has the speed to match MacKinnon, and he used it to backcheck hard and help his defensemen.

“He was skating well,” defenseman Shea Theodore said. “Most importantly, he was coming back hard. He was breaking up plays. When he’s playing like that, he’s a pretty dynamic player.”

The Knights’ goal will be continuing to coax those kinds of performances out of Tuch. The spark is back in his offensive game. If his defense continues to evolve, it will be tough for DeBoer to move him back down the lineup.

“It was a slow build in getting his confidence back and also in him earning our confidence that he could play well defensively and still create offense, “DeBoer said. “For me, he handled all those things the right way and kept working, getting better and asking questions and improving on his game. I thought in the bubble he was really good, and he’s picked right up where he left off there.” 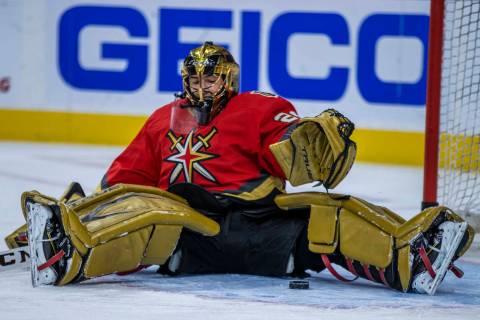 The Golden Knights can become the first NHL team to clinch a postseason berth if the Anaheim Ducks defeat the Los Angeles Kings on Tuesday night.