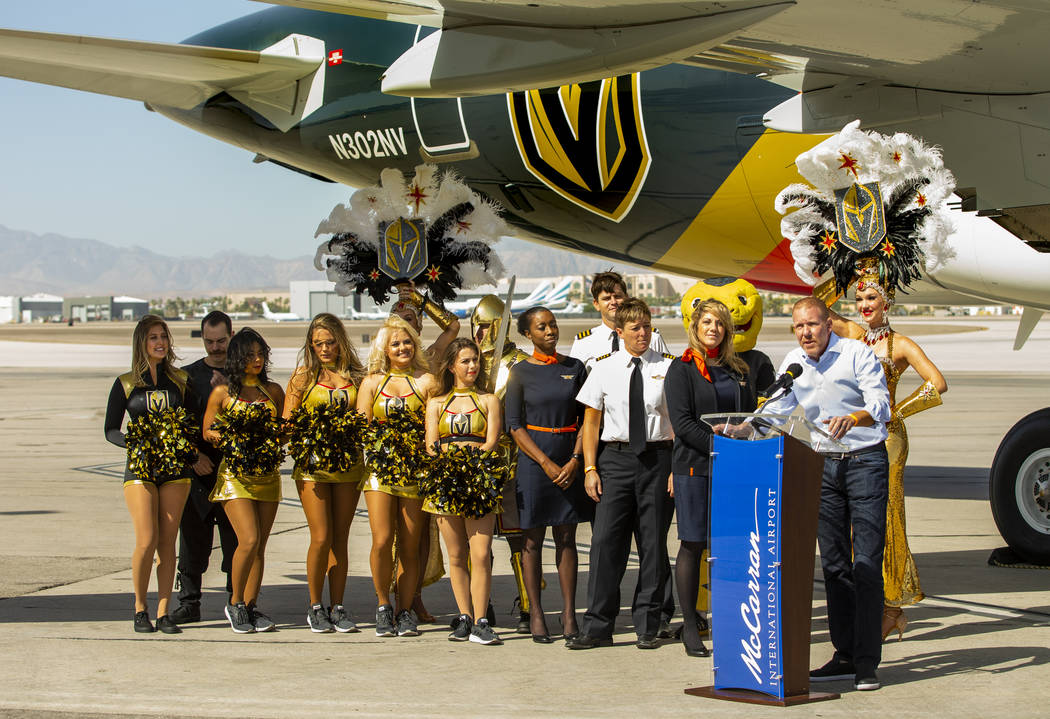 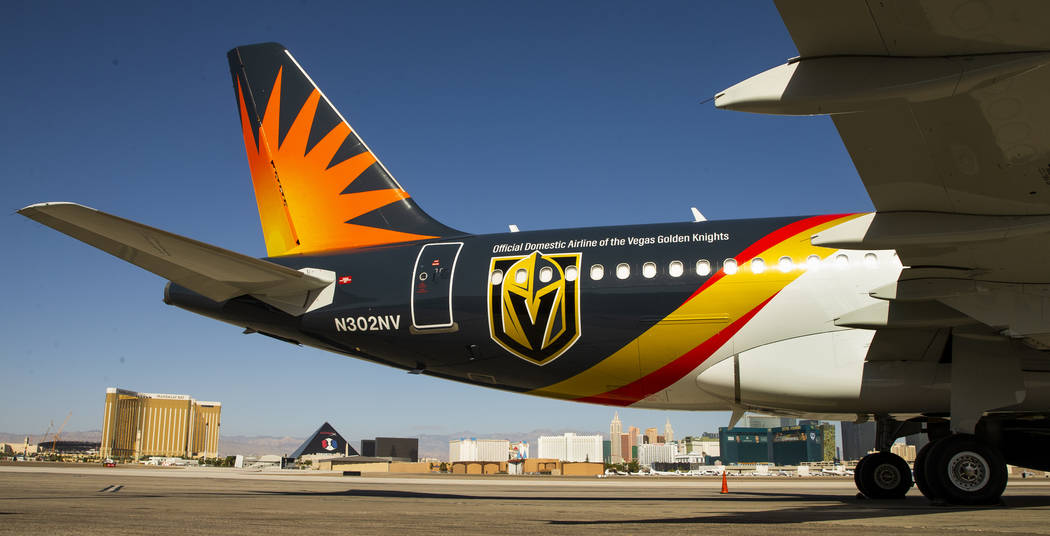 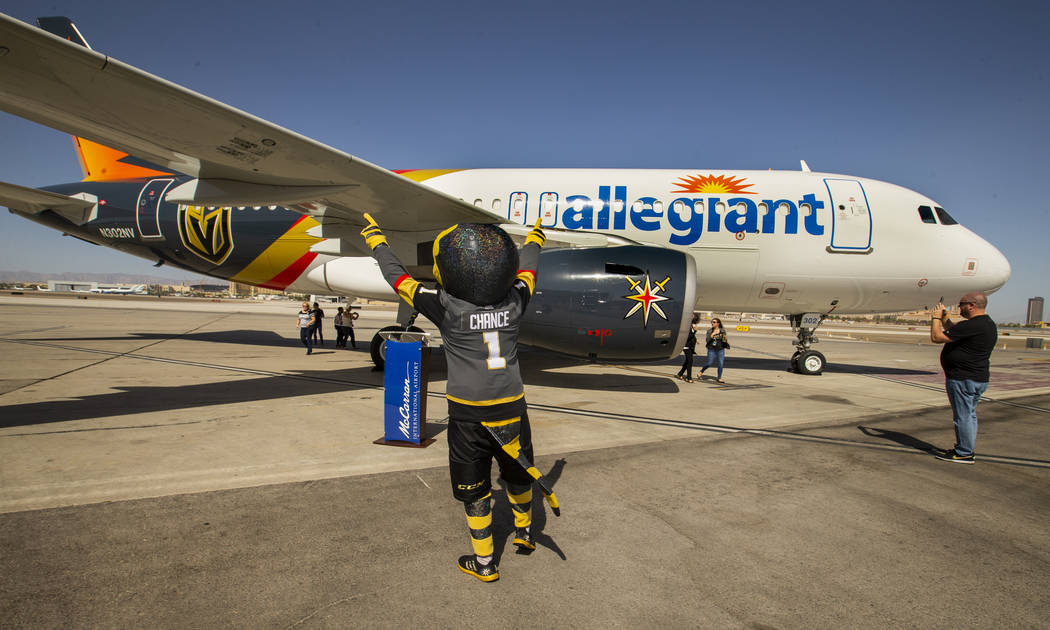 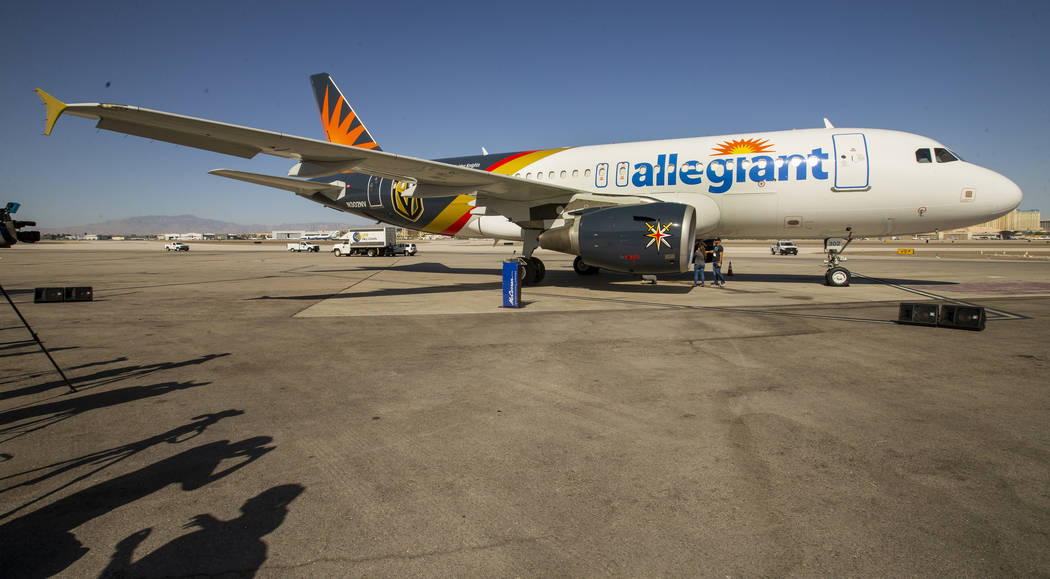 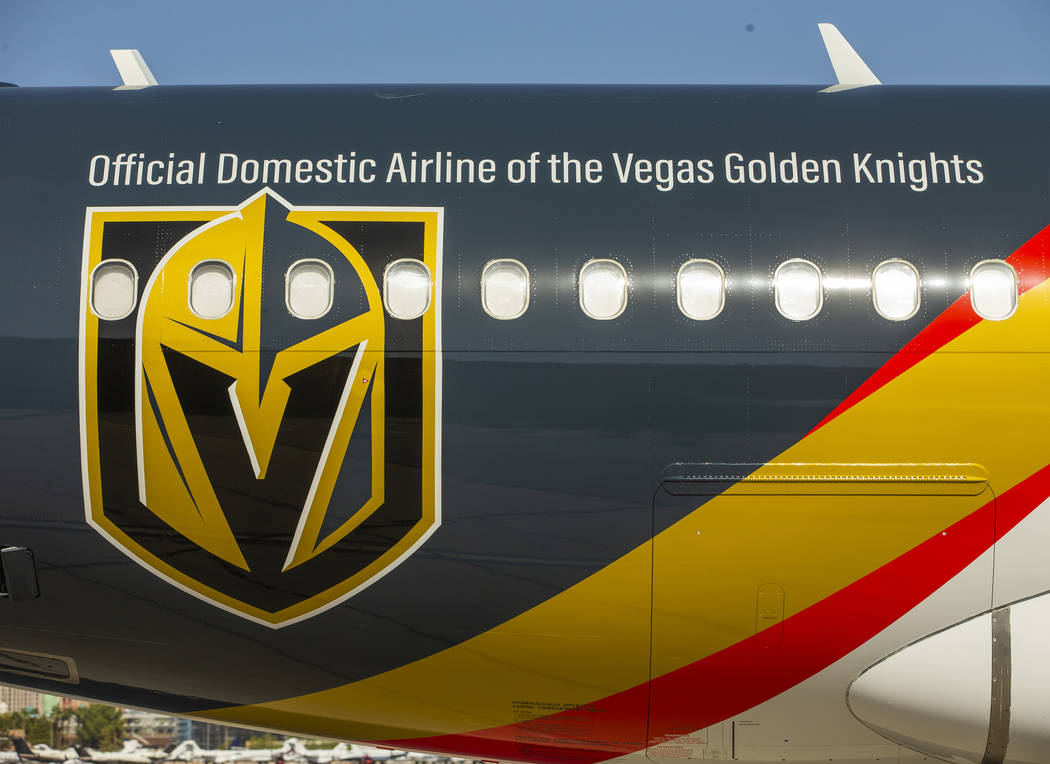 The Golden Knights now can infiltrate opposing teams’ markets without having to step foot in those cities.

Allegiant Air unveiled its “knighted up” Golden Knights-themed Airbus A319 plane Tuesday, featuring the Knights logo near the rear of the plane, with the team’s crossing swords logo on the engines on both sides of the plane. On the belly of the plane is the team’s motto “Vegas Born” with a Knights logo, for all to see below.

The plane will be stationed in Las Vegas, where both the Knights and Allegiant call home, but fly to 56 nonstop destinations, with a number of those cities being home to other NHL franchises.

“We’re going to be able to invade 10 other NHL cities with our plane,” said Kerry Bubolz, Golden Knights president. “The Golden Knights go in and invade some of the enemy territory.”

The plane took its maiden voyage Monday out of McCarran International Airport, flying to Grand Junction, Colorado, and Fresno, California, before returning to Las Vegas. The plane is scheduled to be back in service Tuesday.

The plane idea came about approximately a year ago when Allegiant and the Knights struck a deal naming the low-cost carrier the official domestic airline partner of the team, according to Allegiant Chief Marketing Officer Scott DeAngelo. Allegiant also has its logo featured on the ice at T-Mobile Arena during home games as part of the deal.

“It takes awhile to get the plane out of circulation, to get it in and paint it,” DeAngelo said. “We’ve been trying to do this for some time and we’re excited that this is the day.”

Fans can get in on the action Jan. 4 in the Knights home game versus the Stanley Cup champion St. Louis Blues, as every fan will receive a miniature model of the team-themed plane, DeAngelo said.

“It’ll be a big game against the defending champs coming to town,” he said. “We would have done it sooner, but it takes awhile to make 20,000 plastic model planes.”