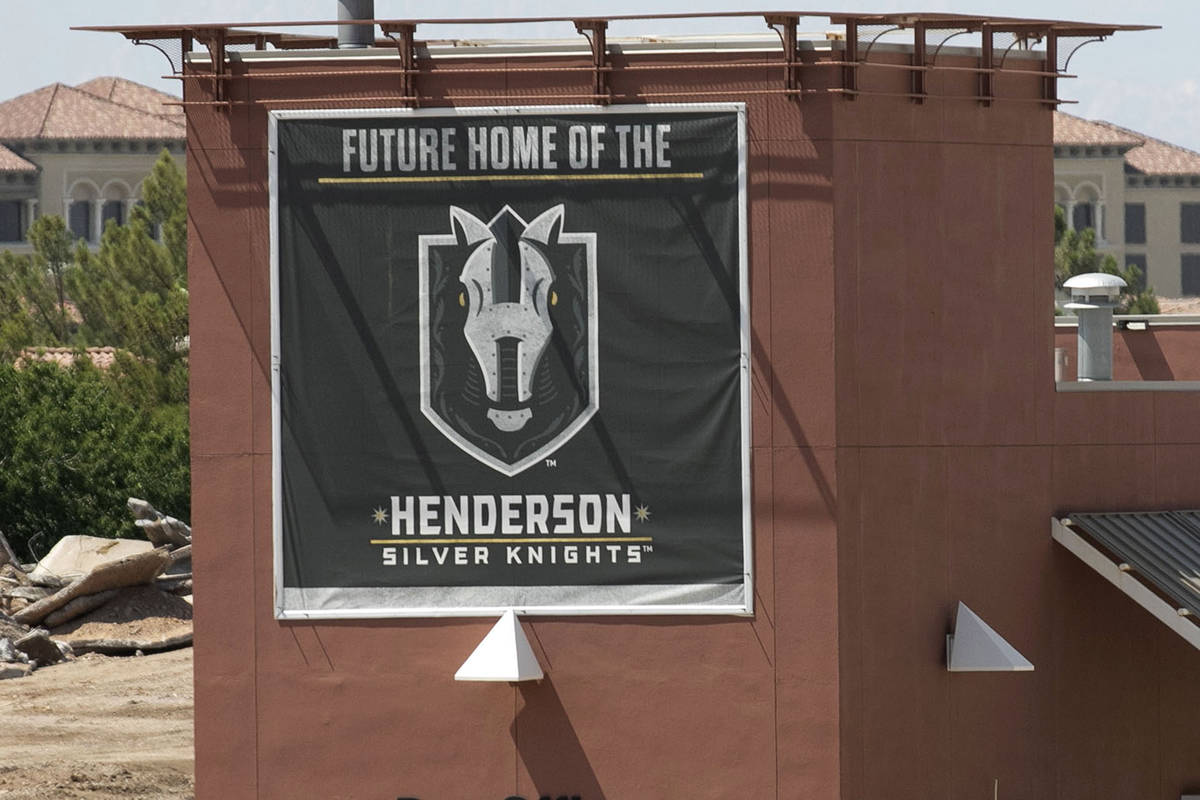 Home of the Henderson Silver Knights sign is posted as construction crews are demolishing the Pavilion to make way for the new arena, on Monday, Aug. 24, 2020, in Henderson. (Bizuayehu Tesfaye/Las Vegas Review-Journal) @bizutesfaye

The American Hockey League announced Wednesday a new tentative start date of Feb. 5, moving back the beginning of the Silver Knights’ first season.

The AHL was previously scheduled to start Dec. 4. Its new target date is later than the NHL’s current one of Jan. 1.

The league has been exploring a number of scheduling options since the COVID-19 pandemic forced it to cut its 2019-20 season short. Mapping out the AHL’s return has been challenging because it is even more gate-driven than the NHL when it comes to revenue.

The Silver Knights will play at Orleans Arena their first two seasons while their new rink on the site of the Henderson Pavilion is built. Coach Manny Viveiros is excited to get going, but he acknowledged Feb. 5 is still a tentative date.

”Everything’s so fluid right now,” he said. “Right now, we’re hoping for that February start, but who knows?”