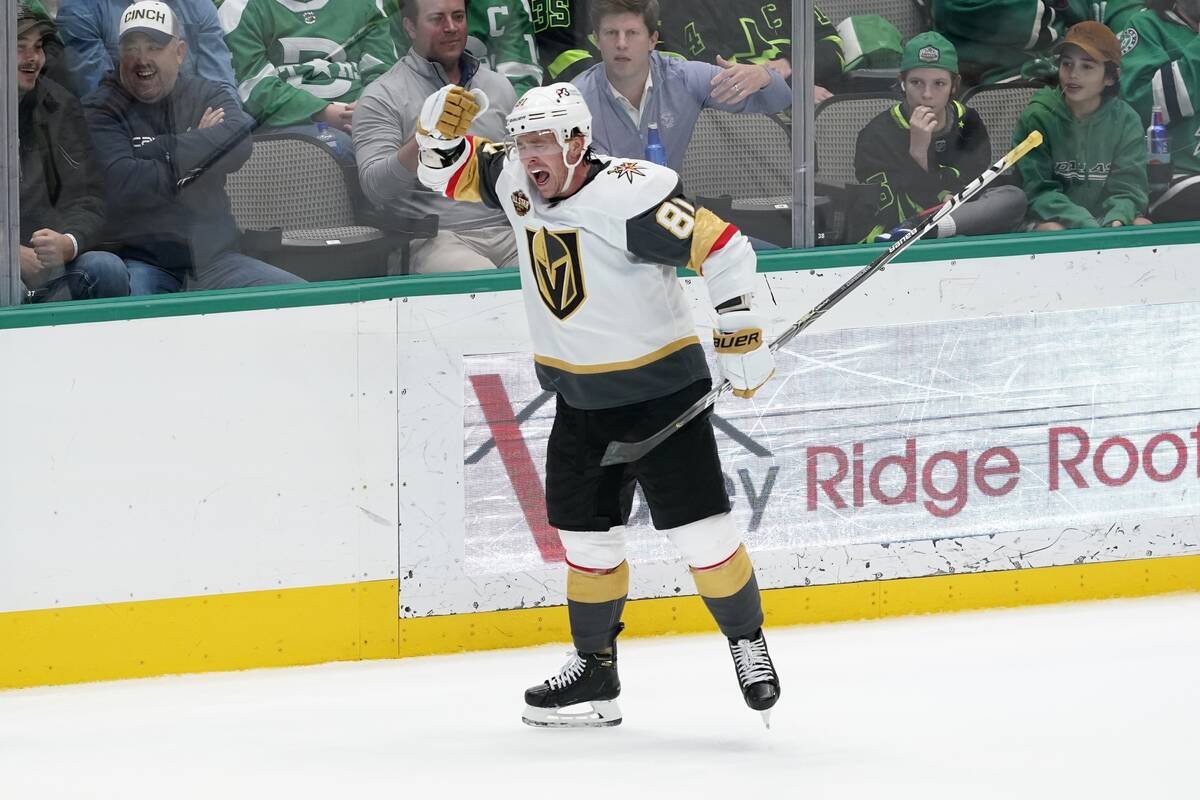 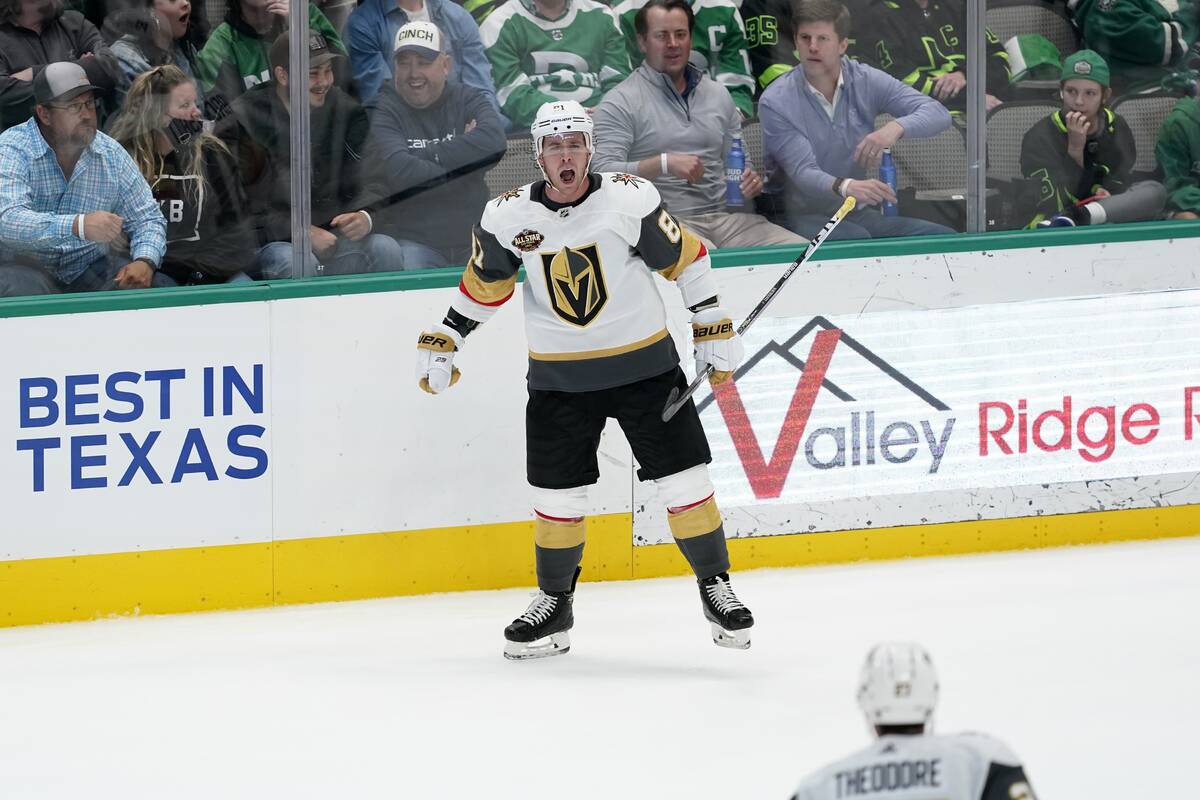 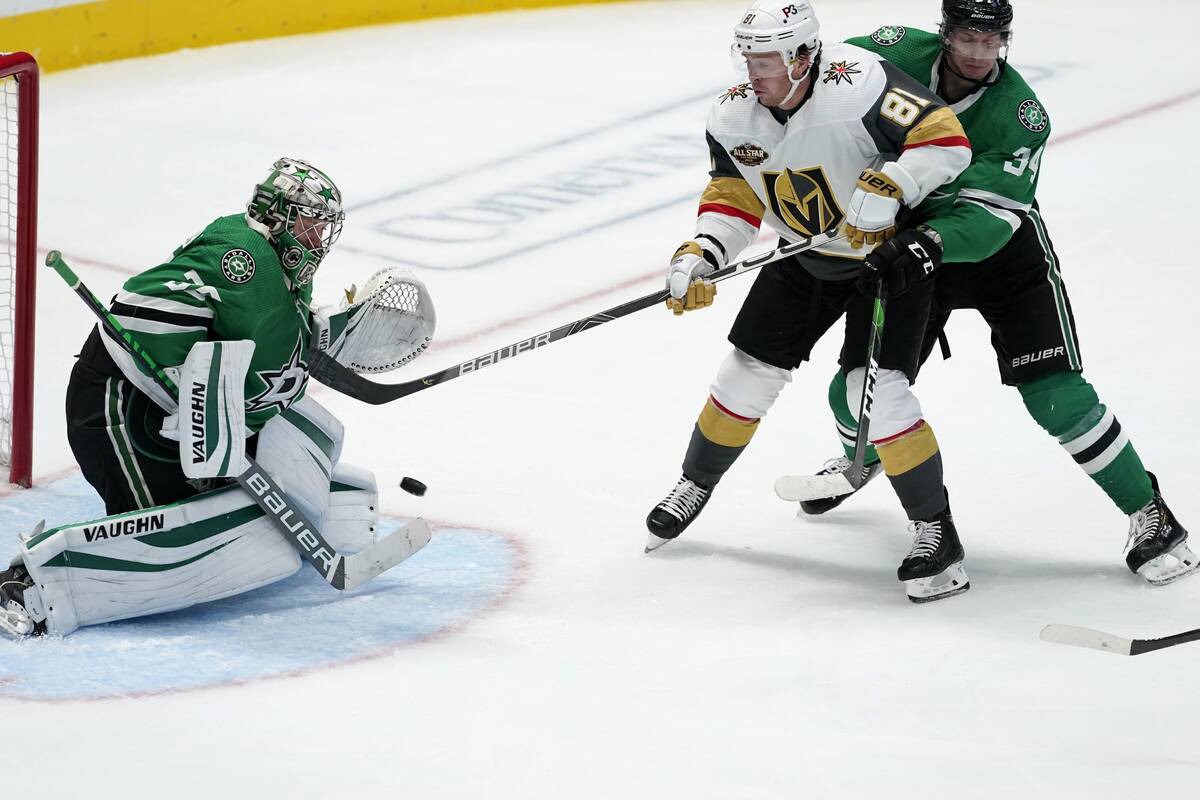 Jonathan Marchessault smashed his stick over the boards in frustration at the end of the Golden Knights’ loss to the Islanders on Sunday, leaving debris scattered on the ice.

A few days later, the fireball winger was in a better mood. The weight had been lifted from Marchessault’s shoulders after he scored the tying goal Wednesday, and there was a smile on his face following two victories.

The injury-ravaged Knights picked up four points in back-to-back games at Colorado and Dallas, a potential turning point after they matched the worst five-game start in franchise history.

No longer mired in the basement of the Pacific Division, the Knights will try to extend their winning streak at 5 p.m. Friday against Anaheim at T-Mobile Arena before heading back on the road.

“We were still looking for that character,” Marchessault said. “We had a rough go before getting on the road, before those two games. With those two momentum games, we can turn it around a little bit and start playing some good hockey. A resilient team like we are, and we showed that (Wednesday).”

After stumbling to a 1-4 start, the Knights leaned on their goaltending to break out of their rut.

Robin Lehner was sharp against the Avalanche on Tuesday, turning aside 26 shots in a 3-1 victory to gain a measure of redemption from his last outing in Denver when he allowed seven goals in Game 1 of the West Division final.

Colorado matched its season low for shots on goal and was limited to 10 high-danger scoring chances one game after the Knights allowed 11 high-danger chances in the first period alone.

Laurent Brossoit made his first start after signing as a free agent and helped the Knights steal a 3-2 overtime victory against the Stars with 32 stops. He kept the Knights in the game early as they found their legs after an unusual day of travel, then made two game-saving stops in the third period before Evgenii Dadonov won it in the extra session.

“Being able to get up and then hold it is huge, and then (Wednesday) being able to come back even in a tight game like this, it’s a character win and it’s a sign of a good team,” Brossoit said.

The Knights aren’t out of the woods yet, with a minus-6 goal differential and a team defense that ranks 21st overall in goals allowed per game. Dallas had 49 scoring chances, according to NaturalStatTrick.com, the most the Knights have allowed in seven games.

Meanwhile, the offense still ranks 26th overall at 2.29 goals per game despite producing three goals in back-to-back outings, and the power play has yet to score.

The injury situation doesn’t appear to be getting better, either, with forwards Mattias Janmark and William Carrier going down during the trip after defenseman Alec Martinez returned Wednesday.

But if the Knights continue in the right direction, they will point to the back-to-back victories as a defining moment.

“Over a long season, you have to win all kinds of different ways,” coach Pete DeBoer said. “You’re going to show up tired, you’re going to show up off your game. You’ve got to get hot in different areas, and (Wednesday) it was goaltending, and we hung around and found a way at the end. Over a long season, you’ve got to find a way to get points like that.”