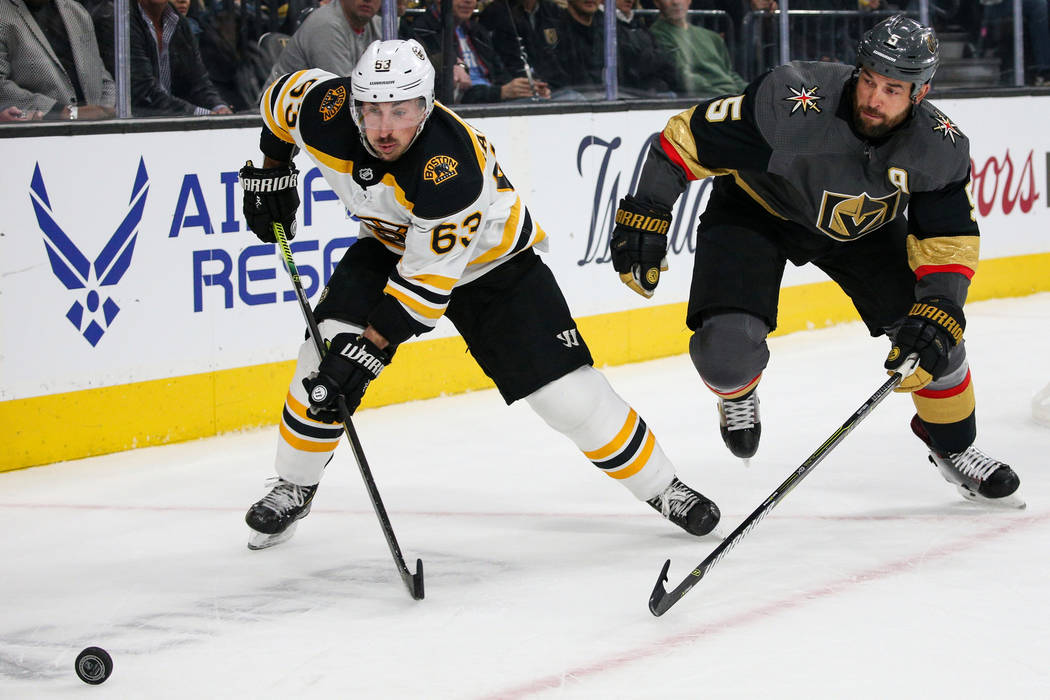 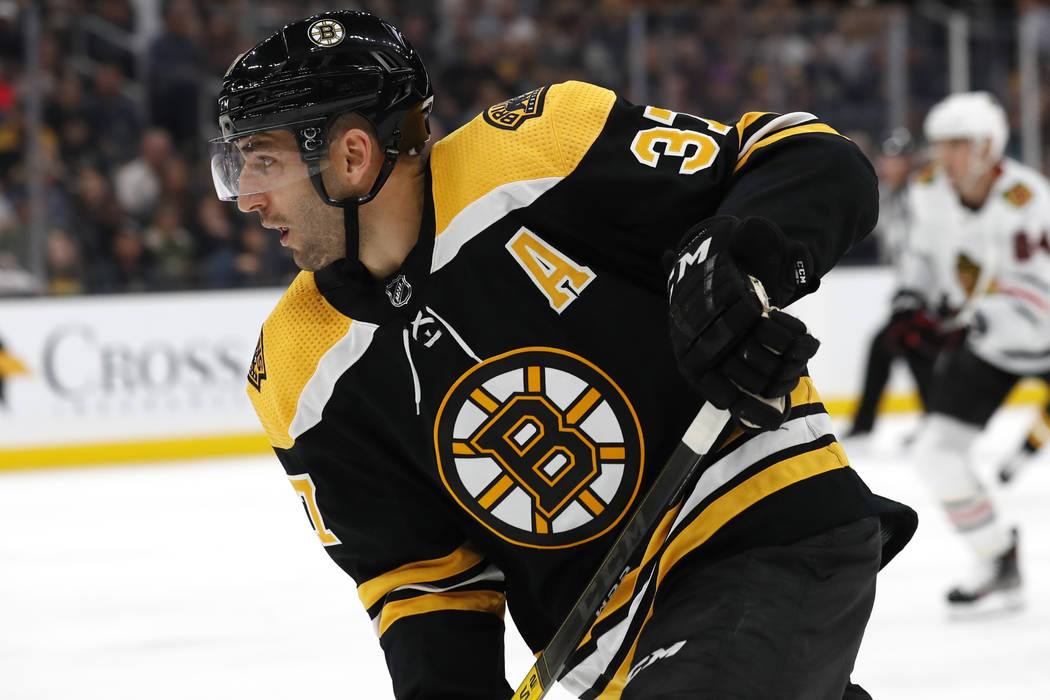 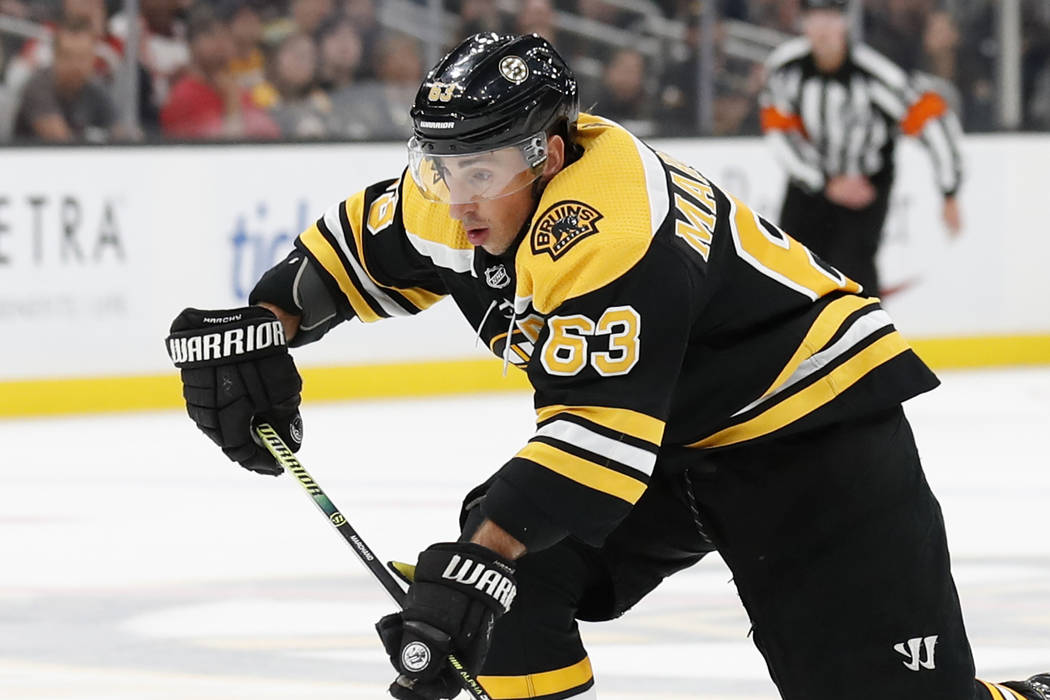 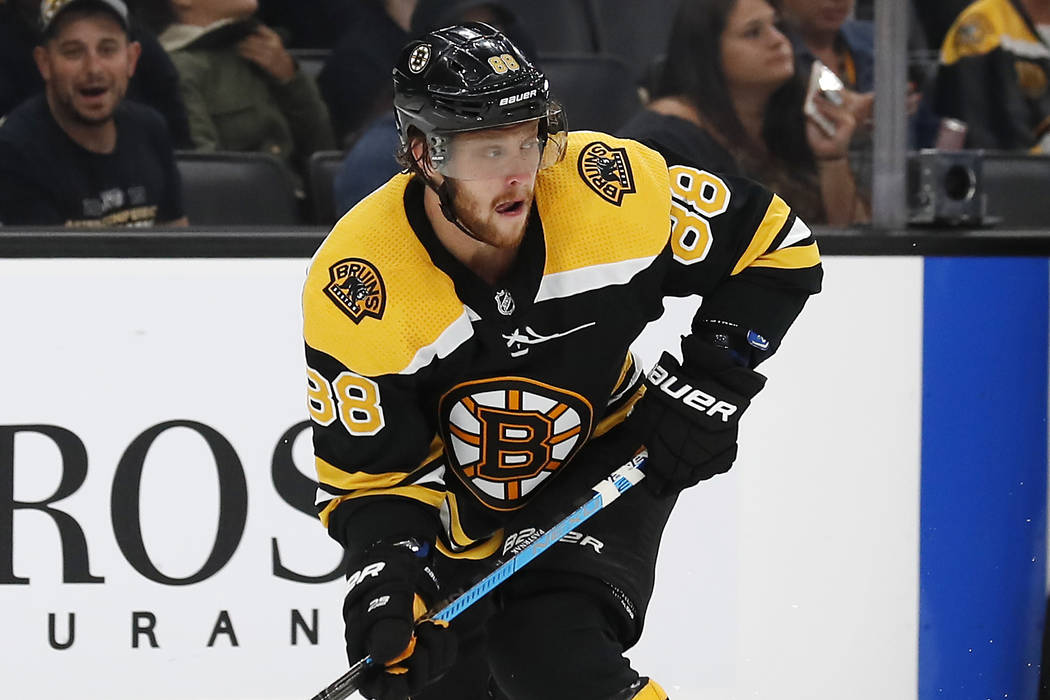 The Boston Bruins’ first line presents a particular problem for the Golden Knights.

It’s experienced, smart and scored a combined 260 points last season. Left wing Brad Marchand, center Patrice Bergeron and right wing David Pastrnak may be the best line in the NHL, so finding a way to match up with them is key for the Knights if they want to improve to 3-0.

“They’re good,” right wing Reilly Smith said. “They win a lot of faceoffs. and they start with the puck a lot. It’ll be important for us to try to slow them down but also stay out of the penalty box because they have a really good power play.”

Knights coach Gerard Gallant typically doesn’t like to match forward lines when he has the last change at home. Instead he likes the other team to “match against us.”

The Bruins have been one of the exceptions.

Karlsson played 10:16 of his 13:21 of five-on-five ice time against Bergeron last season in the two teams’ Feb. 20 meeting at T-Mobile Arena. Each line scored a goal when they were both on the ice, but the Bruins won 3-2 in a shootout.

“It’s probably going to be a little bit of a different game than it was against the (San Jose) Sharks. I’m excited,” Karlsson said. “(You have to) not give them too much time. Be aware when they’re on the ice to not turn the puck over and things like that. But if you do all those things, you should have a good chance.”

It’s hard to do all those things against a line as dangerous as Bergeron’s. The three play off each other well, and Bruins coach Bruce Cassidy complimented their spacing after practice Monday.

Marchand, who had 100 points last season, functions as the group’s agitator. Pastrnak (81) is the sniper, and Bergeron (79) is the glue that holds it all together.

They feast on mistakes and don’t commit many of their own. Bergeron has won the Selke Trophy for best defensive forward four times, tied for the most in history. He has also finished top-three in the voting for the award in each of the last eight seasons and top-five in the last 10.

“I’ve watched video of those guys (for a while), especially Bergeron because he does everything so well,” said Bruins center Charlie Coyle, who was acquired at the trade deadline last season. “You learn a lot from those guys. I’m pretty lucky to be in the same locker room. Every day, you pick up something that’s good (from them).”

Bergeron, Marchand and Pastrnak also play well five-on-four and were a key reason why the Bruins’ had the third-ranked power play last year at 25.9 percent. They powered the team to the Stanley Cup Final, where the Bruins lost in seven games to the St. Louis Blues.

The Knights know a thing or two about postseason heartbreak, too. And facing Boston’s impressive first line Tuesday should be a good test for the team in its first competitive game against a non-Sharks opponent since April 6.

“It’s going to be a good challenge,” Smith said. “They’re a stingy team.”