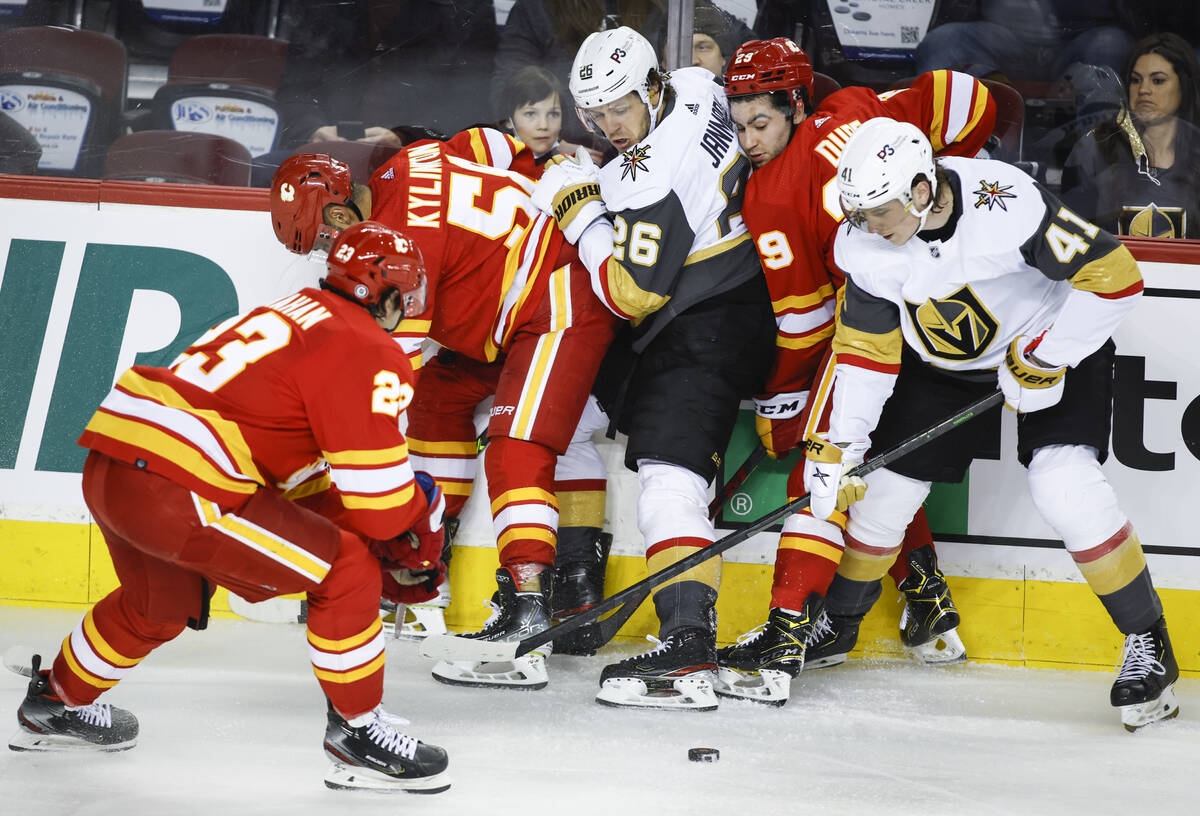 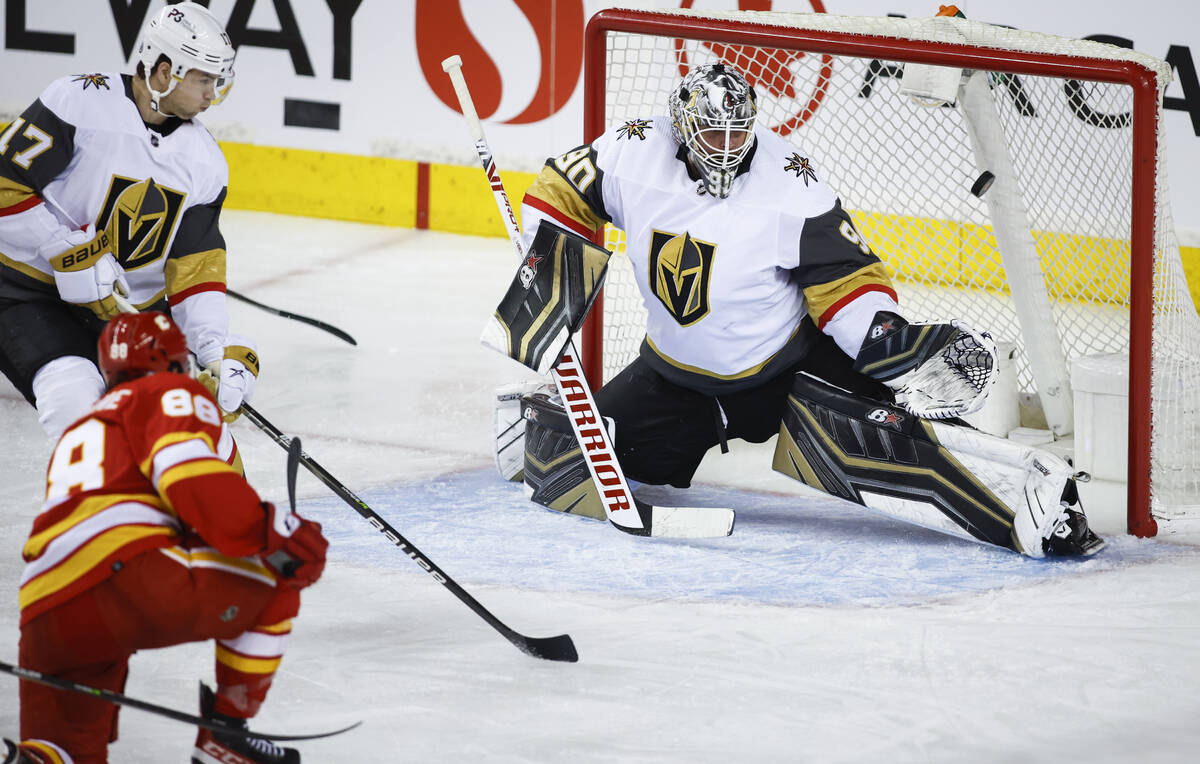 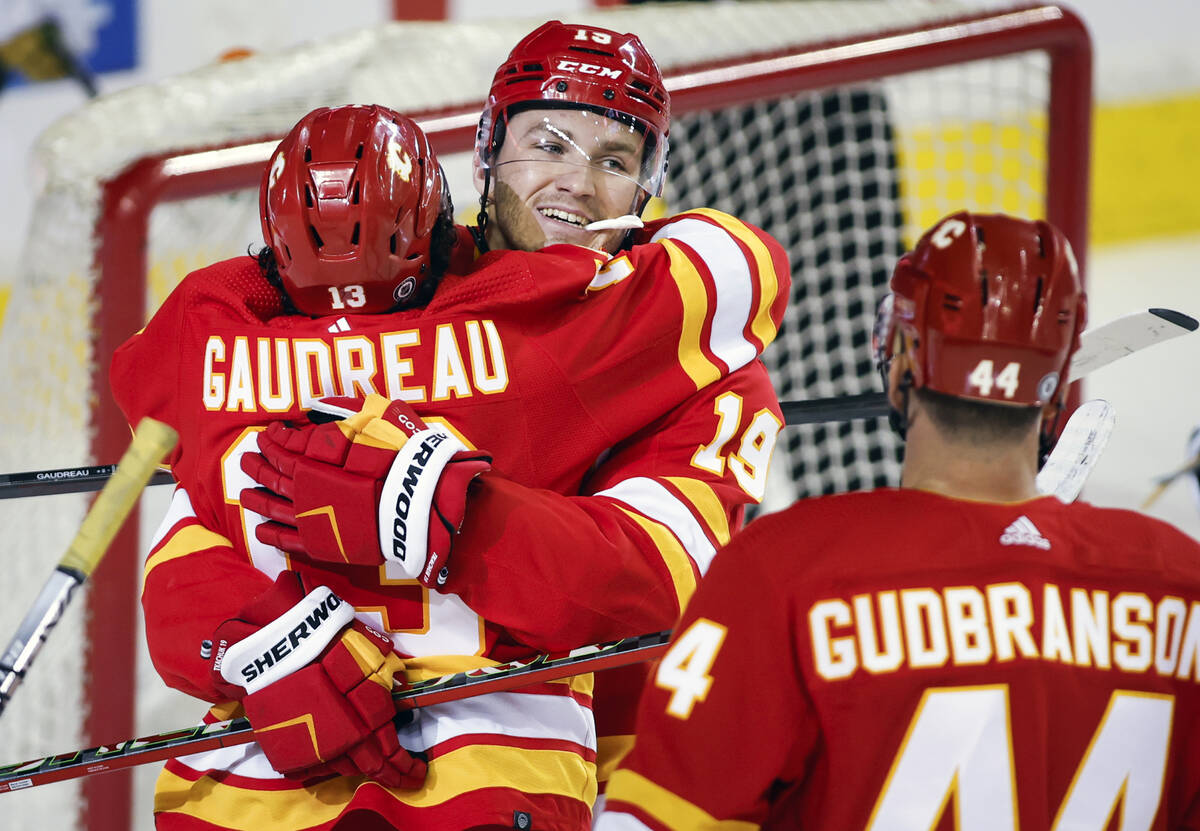 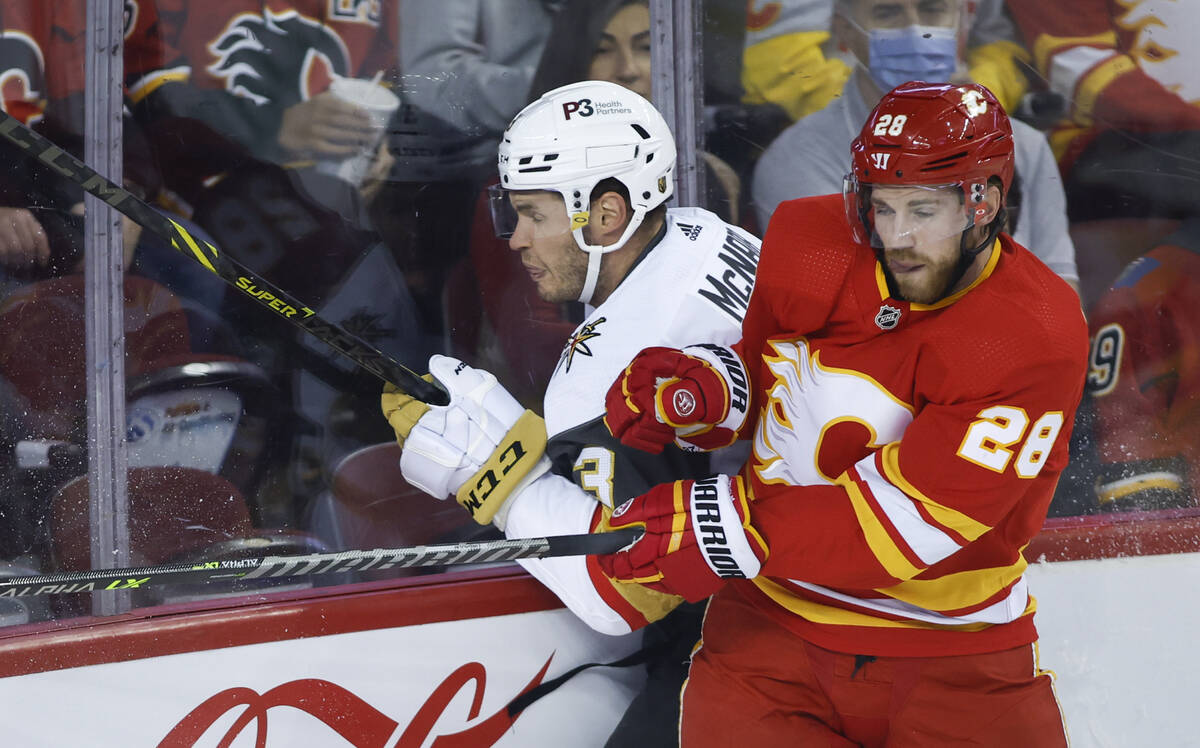 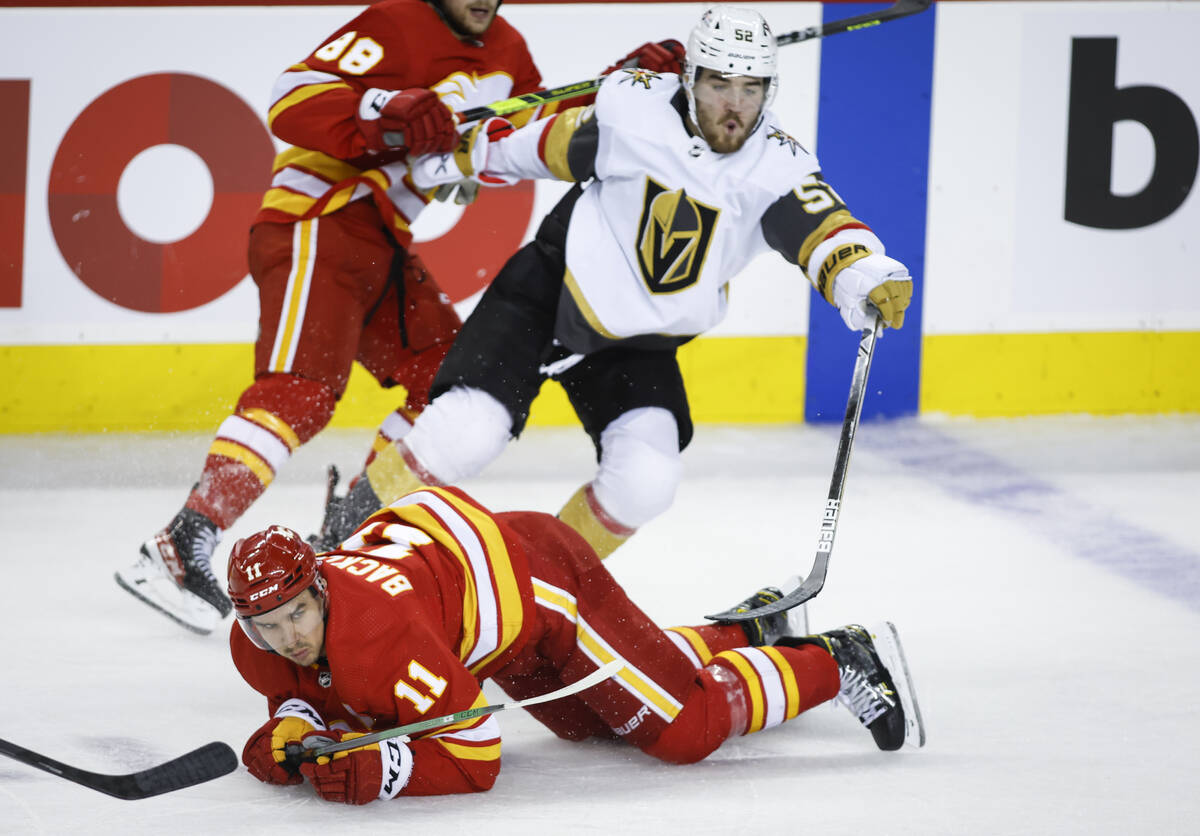 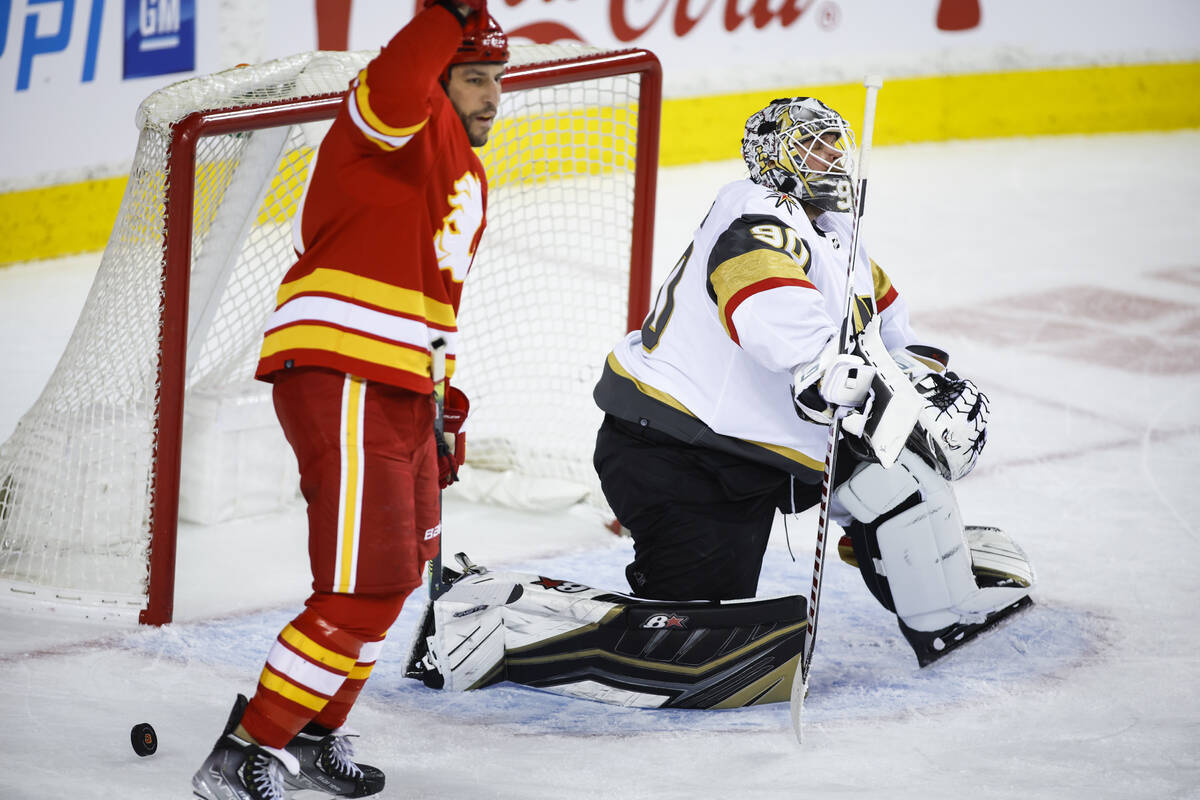 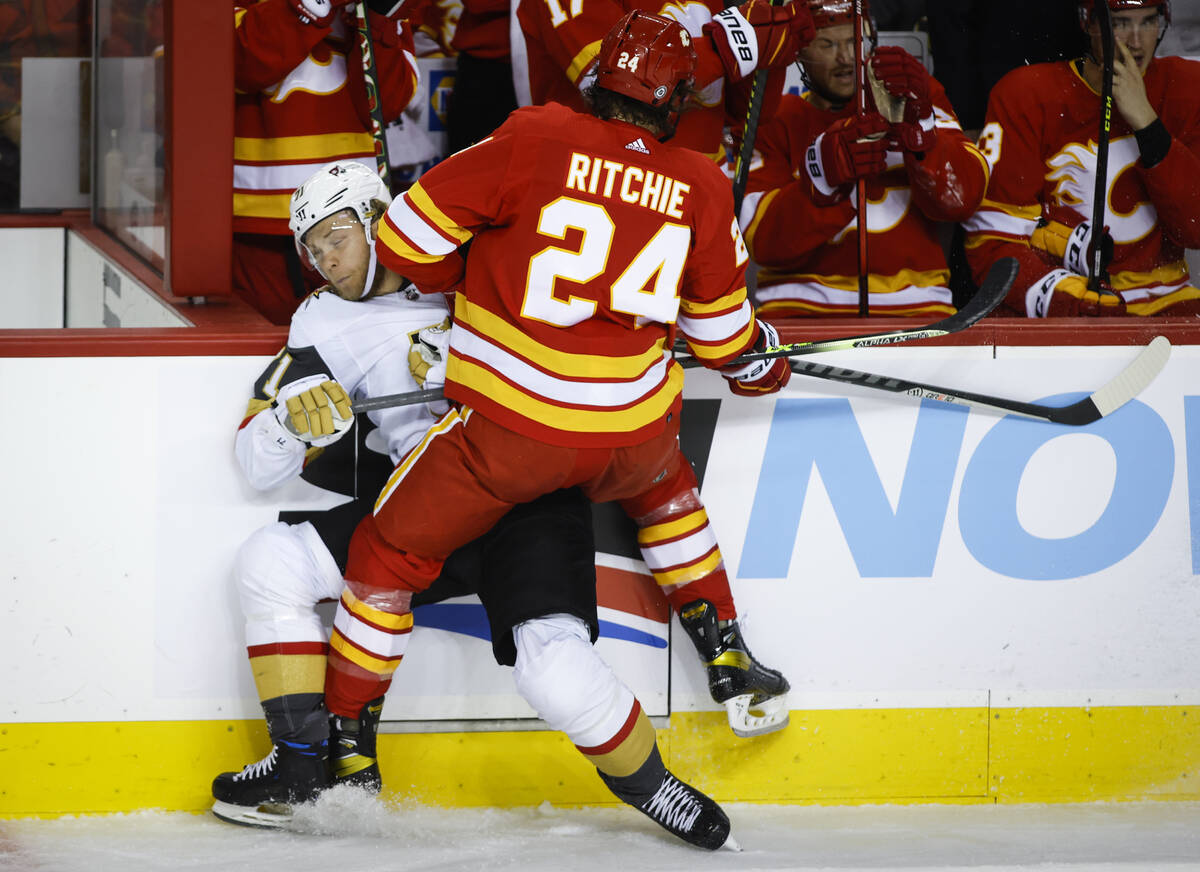 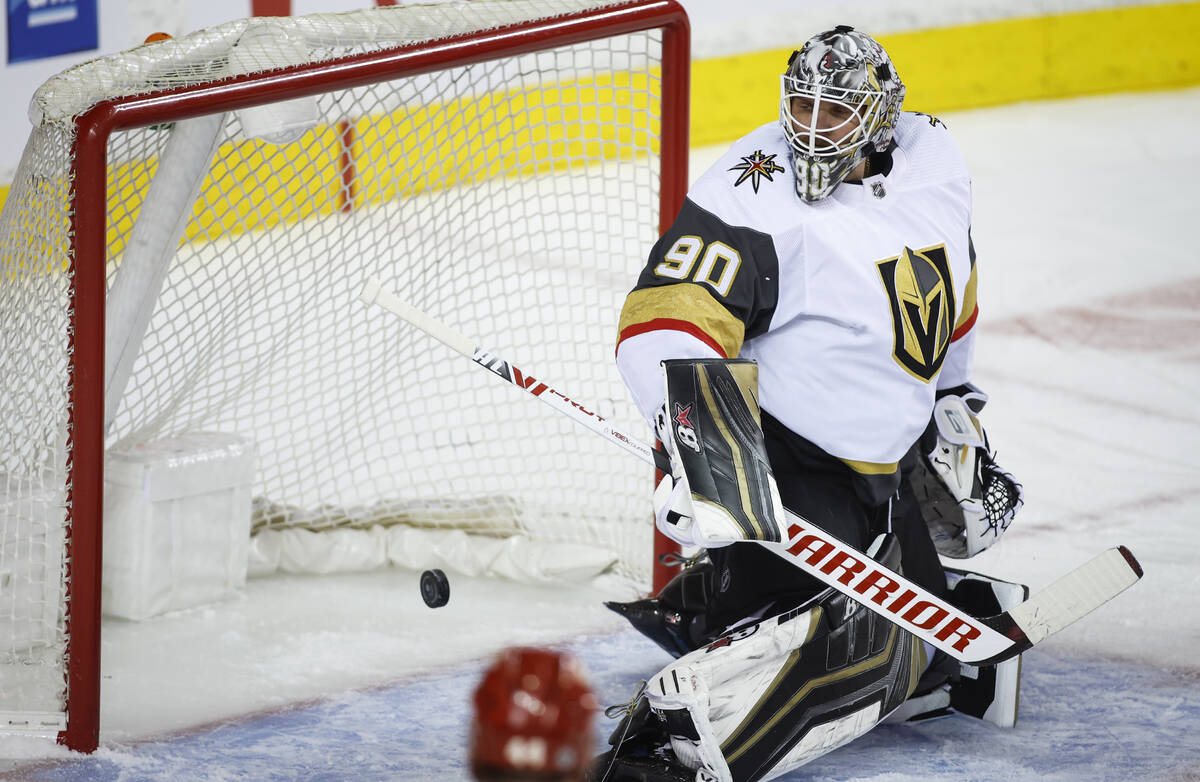 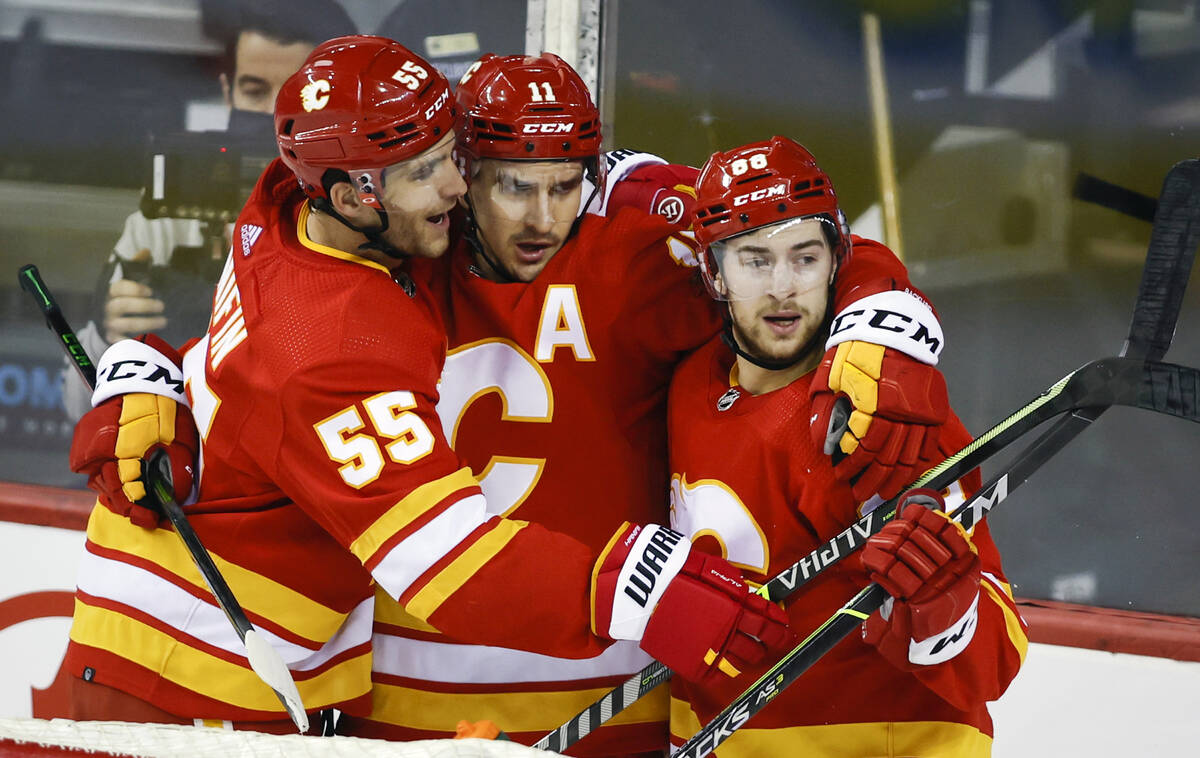 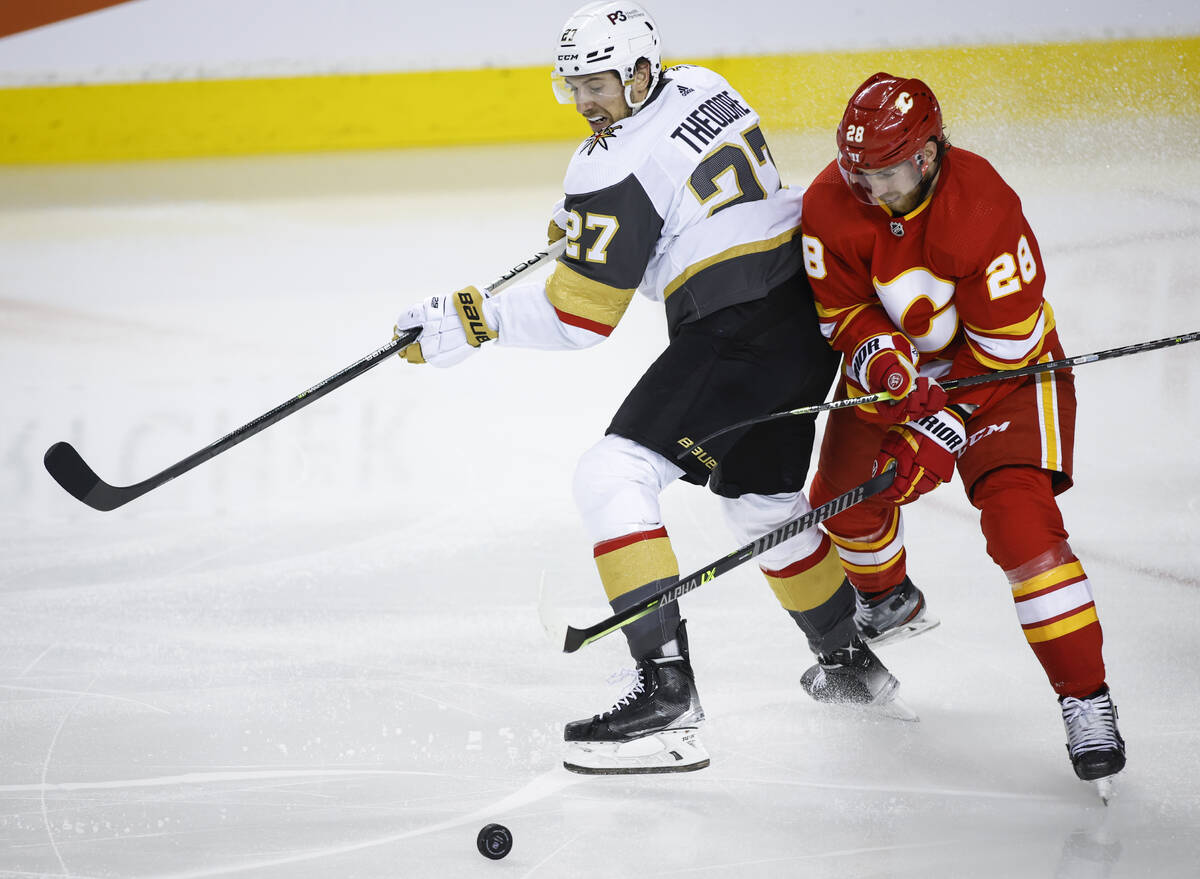 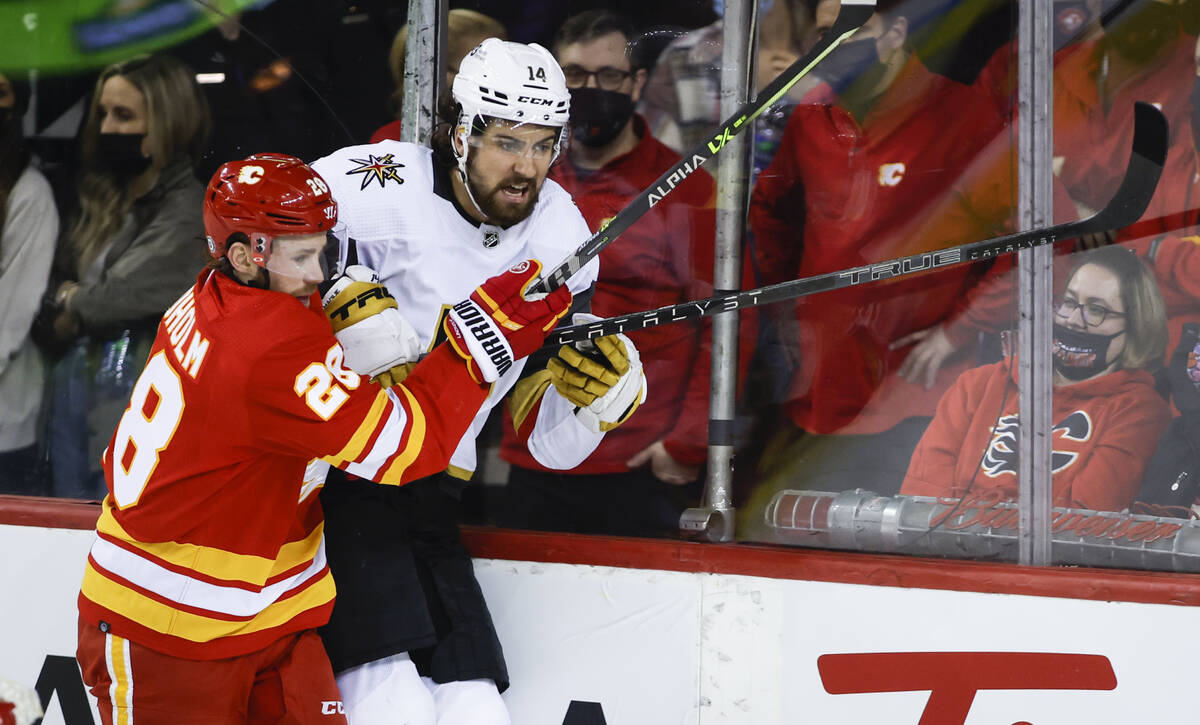 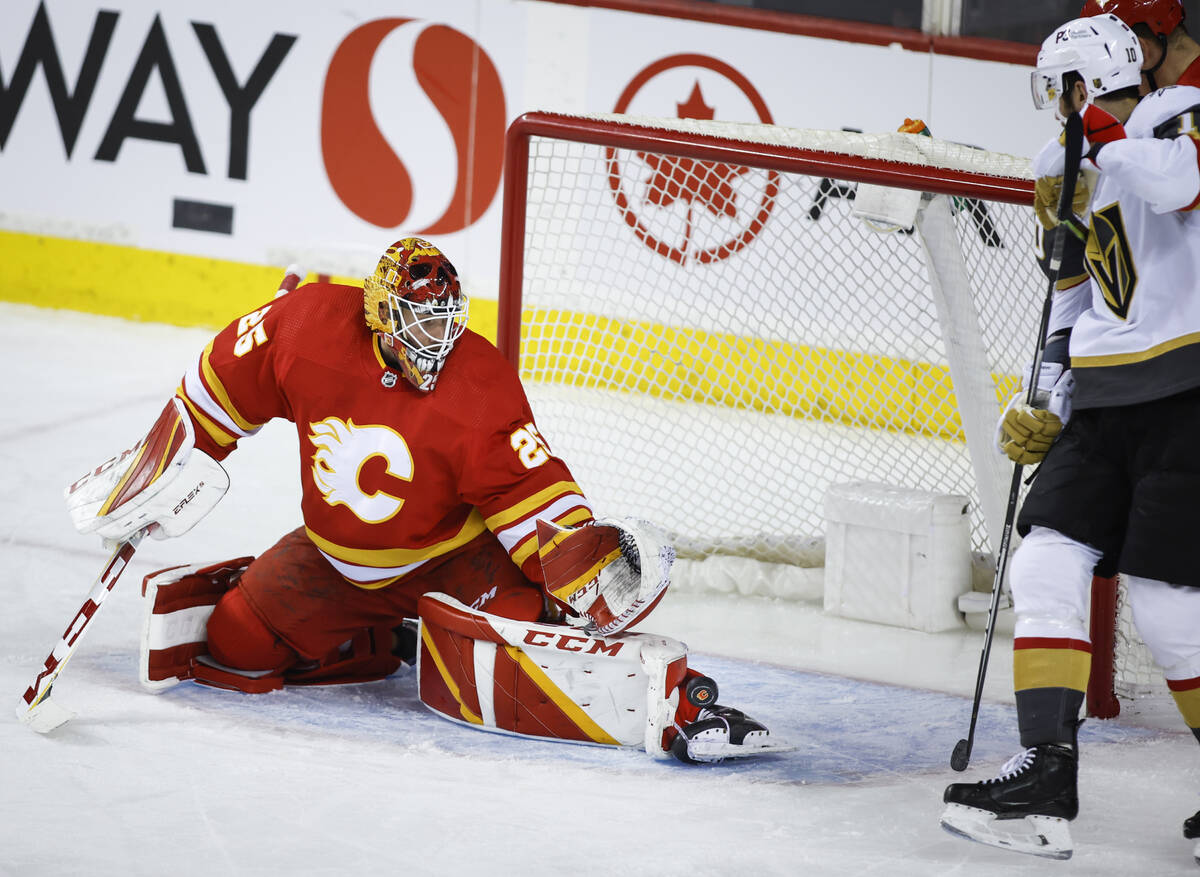 The Calgary Flames were toying with the Golden Knights by the end.

Right wing Matthew Tkachuck put an exclamation mark on what is tied for the most lopsided loss in franchise history Wednesday by putting his stick between his legs at the side of the net and scoring at 3:09 into the third period.

The play was a perfect encapsulation of the Flames’ 6-0 win at the Scotiabank Saddledome in Calgary, Alberta. Everything they tried worked. Nothing the Knights did went right.

The result was a rested Flames team taking advantage of the Knights’ tired legs to move into first place in the Pacific Division by points percentage.

“They did whatever they wanted,” coach Pete DeBoer said. “We didn’t put up much of a fight.”

The Knights, coming off a 4-0 win in Edmonton on Tuesday, didn’t jump on a Calgary team that hadn’t played since Feb. 2.

Instead, the opposite happened. The Knights didn’t get their first shot on goal until 6:42 into the game. The Flames led by that point off a give-and-go by Tkachuk and left wing Johnny Gaudreau.

Calgary added goals from centers Mikael Backlund and Elias Lindholm in the first period. Then, after the Knights started pushing to start the second, Andrew Mangiapane scored his 21st goal 6:57 into the period for a 4-0 lead.

Tkachuk added his highlight goal in the third, and Mangiapane scored again on the power play with 4:16 remaining to finish the rout.

Wednesday’s defeat snapped their three-game win streak and was only their second regulation loss in their past 12 road games.

It also gave the Flames a .628 to .615 edge in points percentage in the Pacific Division standings. Calgary has five fewer points than the Knights but has played five fewer games.

“They dominated us from start to finish,” defenseman Brayden McNabb said. “They embarrassed us. They deserved to win that one like they did.”

Wednesday was the third time this season that the Knights, who entered the game eighth in the NHL in goals per game (3.36), were shut out.

They did generate chances. Center Nolan Patrick had three good looks in the second period. But each one was turned aside by Calgary goaltender Jacob Markstrom, who leads the NHL in shutouts with eight. No one else has more than four.

Markstrom finished with 28 saves and improved to 3-7-1 against the Knights.

The Knights have been an excellent road team this season, but they continued their struggles in Calgary.

The team is 2-4 in its six trips to play the Flames and has been outscored 31-15. Wednesday was the third time the Knights have lost in Calgary by five goals or more.

DeBoer said Stone has been dealing with the injury off and on this season. He will be evaluated when the team returns to Las Vegas.

DeBoer said it was more than precautionary to keep Stone out of the lineup.

“He would have played if he could have,” DeBoer said.