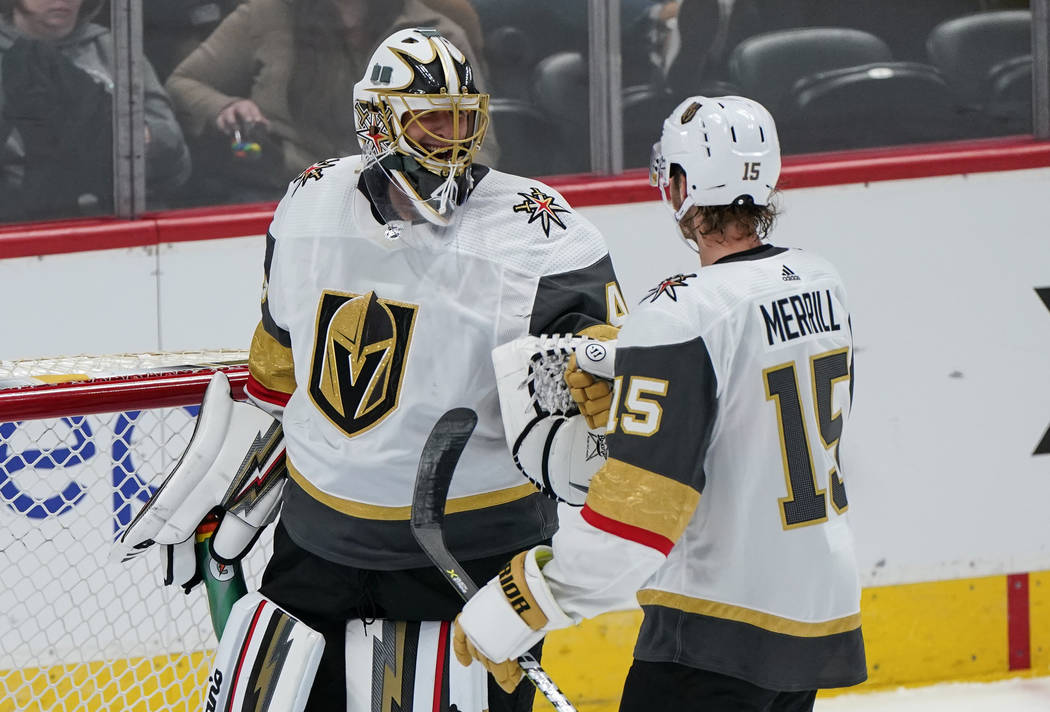 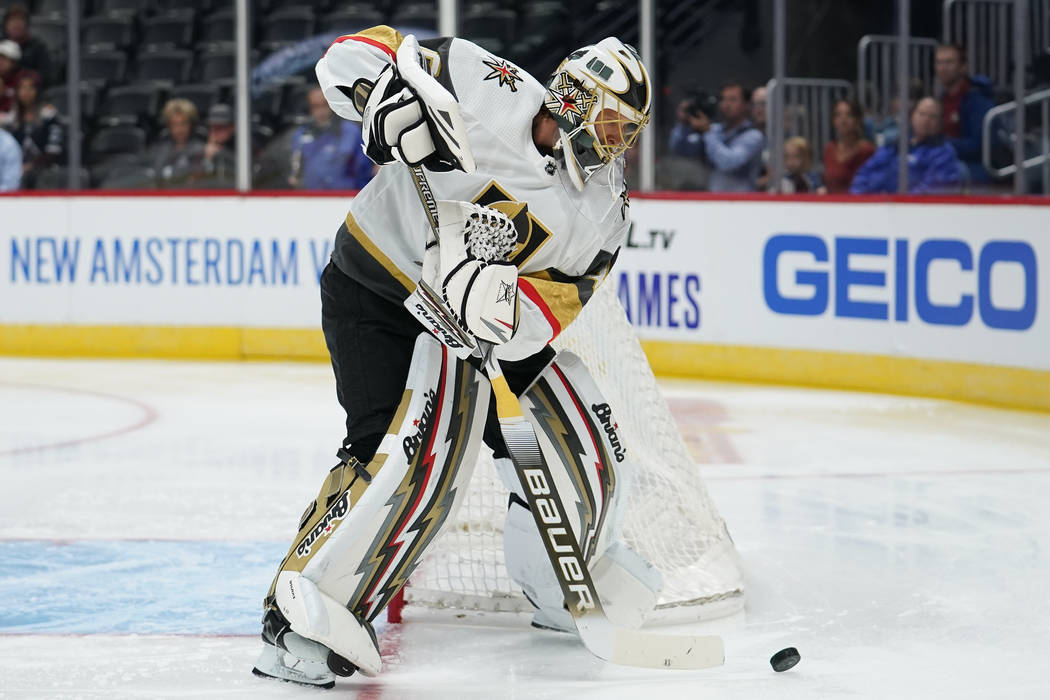 When Stanley Cup-winning Blues goaltender Jordan Binnington returned to his hometown to face Toronto on Oct. 7, he was asked who his favorite Maple Leafs goalie was growing up.

“Besides Garret Sparks, probably Curtis Joseph, for sure,” Binnington said.

Joseph is fifth on the NHL’s all-time wins list and was famous for his “CuJo” masks throughout a 19-year career.

Sparks won 14 of his 37 career appearances with Toronto. He was traded to the Golden Knights in July after getting shunned by the Maple Leafs’ organization last season.

So, how did he become Binnington’s guy?

“That’s a long story. My apartment in Toronto where I lived for five years, he would sublease in the summer from me,” Sparks explained Thursday after his first practice since being recalled by the Knights. “We always had good battles (in juniors). We grew to know each other and enjoy each other’s company.

“To have him acknowledge me the way that he did in his return to Toronto was very special. I definitely appreciated it.”

Jordan Binnington wasn't with the Blues the last time they played in his hometown and gets his first chance to start here tonight.

Sparks won the Maple Leafs’ backup job last season and was off to a 6-2-1 start. But he suffered a concussion during practice Jan. 3 when he was hit by a shot from forward William Nylander.

Sparks returned two weeks later and won two of his final 10 appearances. During the final week of the regular season, he was sent on a 10-day sabbatical to work with the organization’s goalie coaches.

Michael Hutchinson took Sparks’ spot and served as Toronto’s backup goalie during the final five games of the first-round series against Boston after his wife gave birth.

“That was me playing post-injury and trying to find myself again and find my game again, and it wasn’t me at 100 percent,” Sparks said. “I know what my game is like at 100 percent, and I know that it takes a lot of work to get there.”

This season Sparks compiled a 2-2-1 record with a 2.15 GAA and .936 SP in five appearances with the Chicago Wolves of the American Hockey League. He was recalled Wednesday after making 39 stops in a 3-2 victory over Texas.

Sparks was on the ice 20 minutes prior to practice Thursday working with the power play units.

“That’s the thing, just finding your own identity again and being the goalie you want to be and not being a goalie other people want you to be,” Sparks said. “I feel like I’ve had that freedom here.”

Coach Gerard Gallant provided a vague update on goaltender Malcolm Subban, who remains out with a lower-body injury but has not resumed skating. Subban has been listed as day to day since he left after the first period Oct. 10 at Arizona.

Meanwhile, Gallant said he’s “hoping” forward Alex Tuch (upper body) and defenseman Nate Schmidt (lower body) return to practice this week. He confirmed they have been skating on their own.

Tuch’s jersey was hanging in his locker stall after practice, a sign he was set to participate in a medical skate.

“I’m not sure the time frame right now,” Gallant said. “Hopefully we get them back soon. I don’t think it’s going to be that long, but we’ll see.”