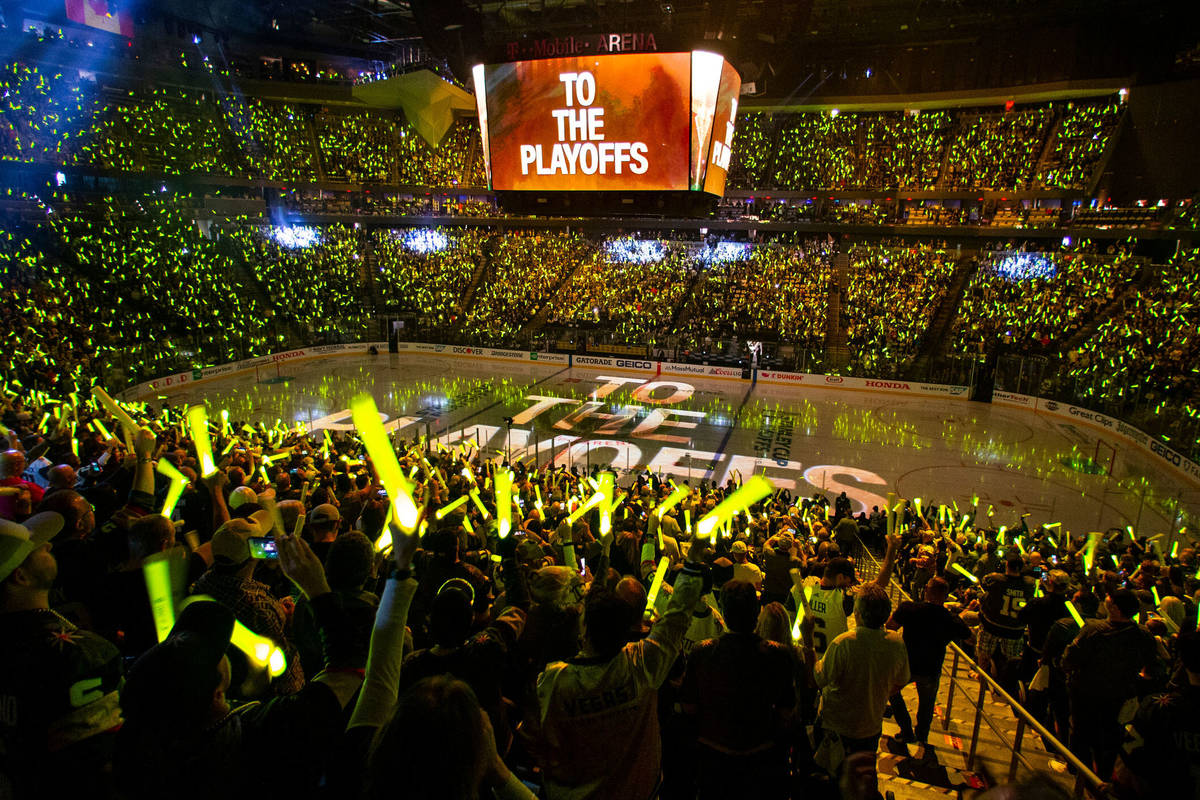 What the Golden Knights have accomplished in their first three seasons has made them arguably the most successful expansion franchise in North American sports history.

But to compare their accomplishments to only those of other expansion teams does a disservice to what the Knights have achieved.

This run — an appearance in the Stanley Cup Final, a trip to the conference finals, making the playoffs all three seasons — is unusual even when compared with more established teams. Twelve teams, or more than a third of the NHL, have never pulled off that kind of stretch.

That includes four teams that typically make up the Pacific Division, including the rival San Jose Sharks. Even the Washington Capitals, who beat the Knights in the 2018 Stanley Cup Final, haven’t experienced that kind of sustained success.

“When you’re modeling out an expansion franchise in whatever sport you’re going into, I’ve got to think this would be the model for everybody else to follow,” said Knights coach Pete DeBoer, who enters his first full season with the team. “You come in, you have a great expansion draft, you draft well, and you go to the Stanley Cup Final immediately and have a roster that looks like it can contend and knock on the door for the foreseeable future. And that is rare.

“There are teams that have gone decades without winning a round of the playoffs. I think we set the bar for expansion teams going forward.”

Hockey historian Eric Zweig said that though the Knights were given favorable expansion rules, that advantage doesn’t completely explain their early success.

“People expected that would make them competitive for a playoff spot,” he said, “not an instant power.”

Only one other team currently matches the Knights’ stretch: the defending champion Tampa Bay Lightning.

Like the Lightning, the Knights are one of a handful of teams that enter this season with realistic expectations of competing for the Cup.

But as Knights general manager Kelly McCrimmon pointed out, playing under these kind of expectations is nothing new for the franchise. The only season in which the Knights didn’t enter with high expectations was the first one, but their shocking run to the 2018 Stanley Cup Final altered how the organization is viewed internally and externally.

“I don’t call that pressure,” McCrimmon said. “I call that part of trying to be a real good team.”

As recent history has shown, the Knights have a window in which to live up to those expectations. How long that window will be open is unknown, but this run will end at some point because of the reality of the salary cap era.

The Pittsburgh Penguins won back-to-back Stanley Cups recently, the last in 2017, but haven’t advanced past the second round since then. The Los Angeles Kings won titles in 2012 and 2014, but missed the playoffs four of the following six years and are in total rebuild mode.

The Chicago Blackhawks won three Stanley Cups in six years, the last coming in 2015. Chicago then went out in the first round in three of the following five seasons and missed the playoffs the other two years.

“They turned over an awful lot of people after each of those Stanley Cup years and still managed a six-year run of easily being the best team in the league,” Zweig said. “But then suddenly they can’t.”