Kelly McCrimmon rattled off several qualities he liked about defenseman Alec Martinez, including his leadership, versatility, skills as a penalty killer and ability to move the puck in transition.

But the first thing the Golden Knights’ general manager identified in his opening remarks Wednesday about the team’s newest acquisition was Martinez’s postseason experience.

“In the player, we get a two-time Stanley Cup champion,” McCrimmon said.

The Knights finalized the deal for Martinez, 32, on Wednesday, sending a 2020 second-round pick and a 2021 second-rounder to Los Angeles.

He is expected to be in the lineup Thursday when the Knights host Tampa Bay, winner of 11 straight, at T-Mobile Arena.

“I think experience is real important,” coach Pete DeBoer said. “Kelly and I had some frank conversations about the strengths and the weaknesses of the team. I don’t think it’s any secret that getting a defenseman has been a priority or at least at the top of the list if they were going to do something, that was going to be one of the first things they did.”

Martinez, who will wear No. 23, joins Marc-Andre Fleury (three) and Chandler Stephenson (one) as the only players on the roster to win the Stanley Cup.

He scored the series-clinching goal for the Kings against the New York Rangers in 2014 and also helped Los Angeles defeat New Jersey in 2012 when DeBoer coached the Devils.

The Knights had extra draft picks after a series of cost-cutting trades last summer, which provided McCrimmon the capital to make a move for Martinez ahead of Monday’s trade deadline.

They still have Pittsburgh’s second-round pick in 2020 (for selecting Fleury in the expansion draft) and also have two picks in the second round in 2021.

“We improve without subtracting, which is really important to us,” McCrimmon said.

Martinez is under contract through the 2020-21 season, a major selling point for the Knights’ front office with three pending unrestricted free agents on defense (Deryk Engelland, Nick Holden and Jon Merrill).

Martinez has a $4 million cap hit, and McCrimmon confirmed the Knights are taking on his full salary rather than Los Angeles retaining a portion.

“He’s a seasoned guy that has the ability to raise his level at the important times of the year,” DeBoer said.

In 41 games with the Kings, Martinez has one goal — which came Jan. 9 against the Knights — and eight points. He’s averaging 21:31 of ice time, second on the team behind Drew Doughty.

Martinez will face his former team March 1 at T-Mobile Arena when Los Angeles faces the Knights.

“He’s a warrior,” said defenseman Brayden McNabb, who played three seasons with Martinez in Los Angeles. “He (has) a ton of experience. Two Stanley Cups. Plays the game the right way. Plays it hard. Very reliable defensively and can chip in offensively. It’s a great pickup for us, and we’re excited to have him.”

Martinez is a left shot and can play both sides of the ice, providing DeBoer with plenty of options on defense. He can slot into the top four, or solidify the Knights’ third pair.

The Knights also recalled Zach Whitecloud and Jimmy Schuldt from the American Hockey League on Wednesday, giving them nine defensemen on the roster. McCrimmon said those moves were related to salary cap compliance.

“I like actually how some of our pairs have rolled out lately,” DeBoer said. “We’ll put some thought into that. Where we start (Thursday) night isn’t necessarily where it all ends up.”

The Knights might not be done dealing ahead of the trade deadline, despite being pushed against the salary cap and the skyrocketing cost of doing business.

New Jersey defenseman Sami Vatanen remains on injured reserve, and the Knights could buy low on the pending unrestricted free agent as a result. Chicago has fallen behind in the wild-card chase and is expected to cash in on rental defenseman Erik Gustafsson, as well.

“This was a move that we had considered for a long time,” McCrimmon said. “We identified this as a way we really wanted to improve our team was to add a defenseman of this caliber.

“We’ll do a reset now and work right to the deadline on Monday to see if there’s any other moves out there that can help us.” 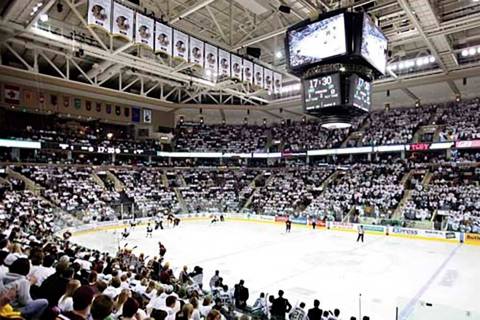 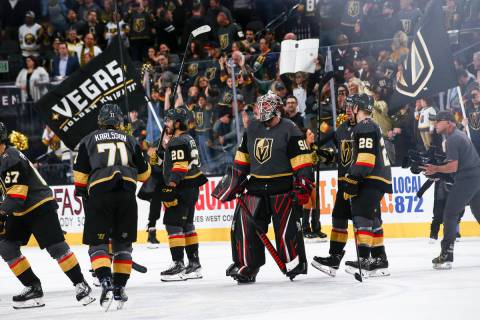 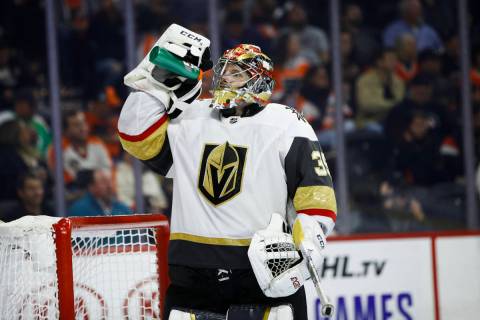 Chicago Wolves goaltender Oscar Dansk was named the team’s winner of the AHL’s Man of the Year award Monday and received the club’s award for community service. 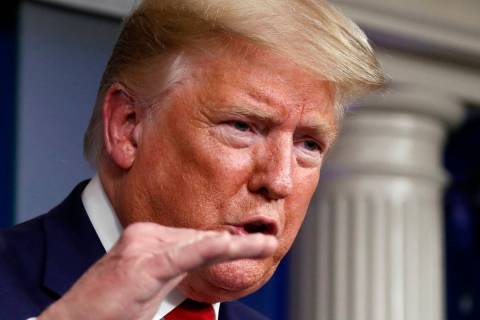