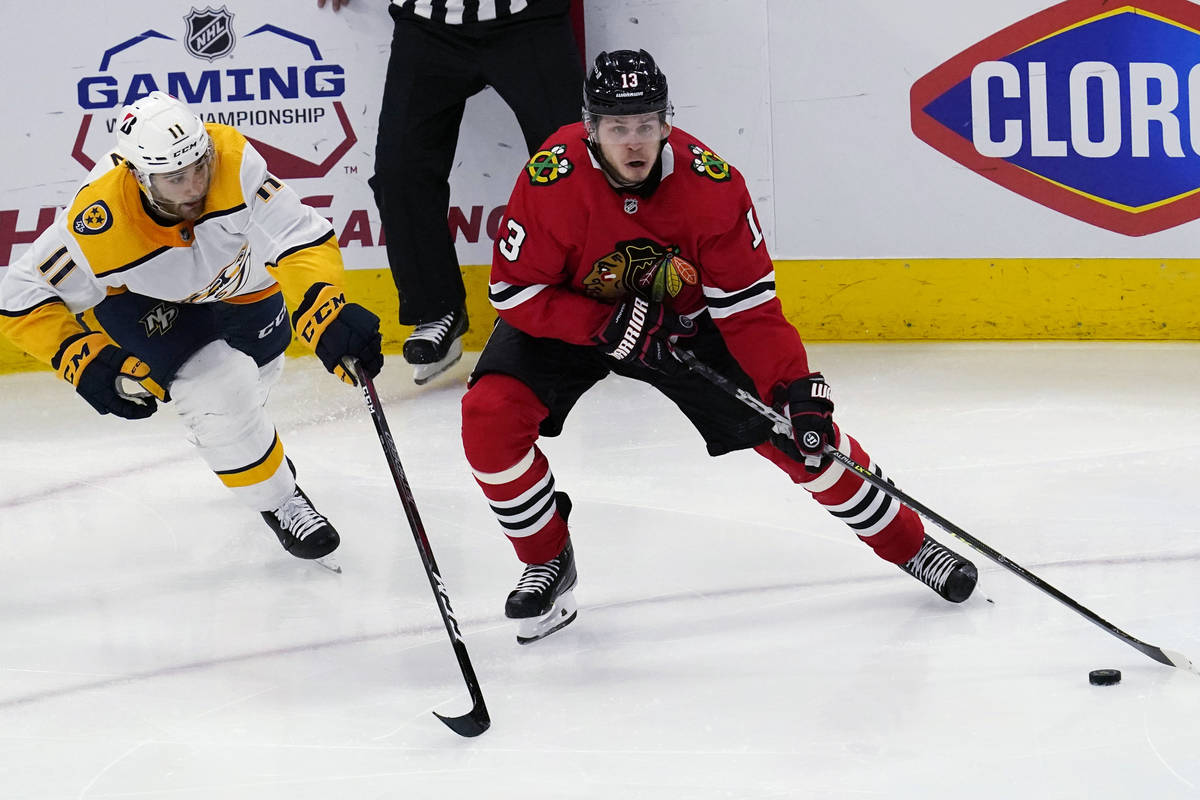 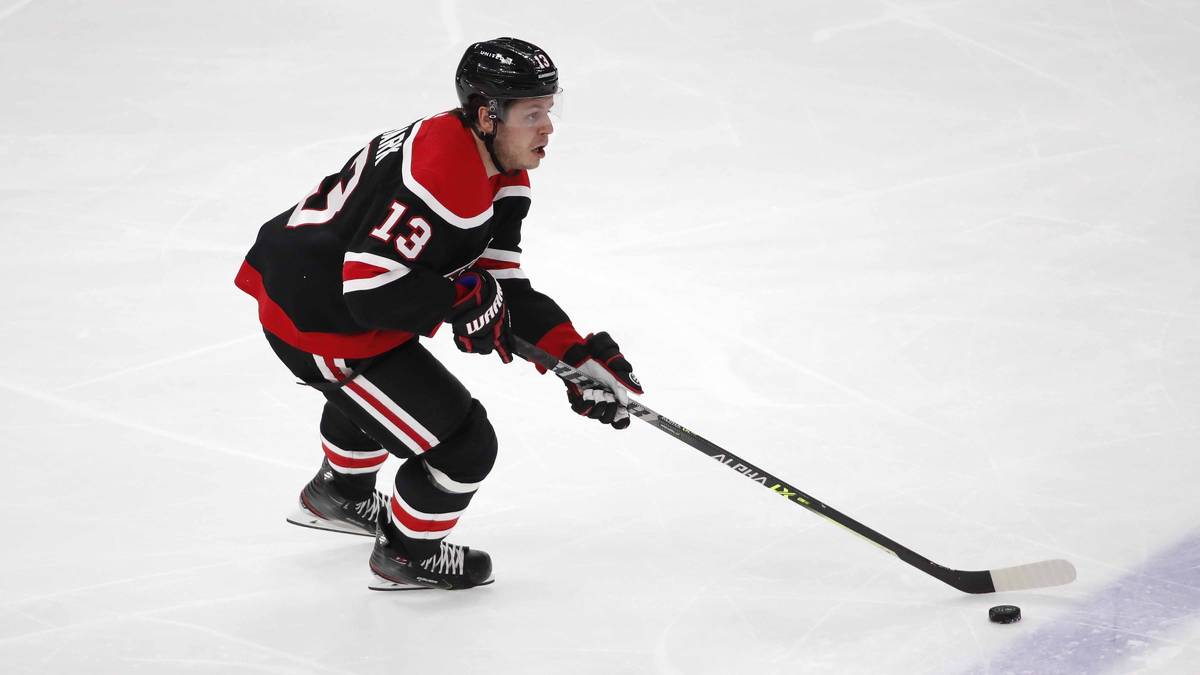 LOS ANGELES — The Golden Knights found a creative way to add at the trade deadline.

Forward Mattias Janmark was acquired from the Chicago Blackhawks on Monday to provide depth to the middle-six forwards.

“He can play with a lot of different players, and players like to play with him. He complements a line,” general manager Kelly McCrimmon said. “That versatility is going to be important for us.”

We have acquired forward Mattias Janmark and a 2022 5th round pick from Chicago! We’ve also added Nick DeSimone from San Jose.

The Knights also received a 2022 fifth-round pick from Chicago as part of the deal in exchange for a second-round pick in this year’s draft and third-round pick in 2022. The Blackhawks are retaining 50 percent of Janmark’s salary cap hit.

Also, the Knights sent a 2022 fifth-round pick to San Jose for minor league defenseman Nick DeSimone. The Sharks are absorbing 25 percent of Janmark’s salary cap hit to broker the trade, while DeSimone will be reassigned back to San Jose of the American Hockey League.

Janmark, 28, was expected to fly back to Chicago after the Blackhawks’ game Monday in Columbus and then travel to Los Angeles on Tuesday. He will be available to play for the Knights on Wednesday against the Kings and probably will slot on the third line.

The speedy Janmark played his first four seasons with Dallas and helped the Stars eliminate the Knights in the Western Conference Final last season.

He had 10 goals and 19 points in 41 games for the Blackhawks after he signed as a free agent.

“I’m excited to come there and see what’s needed from me, too,” Janmark said on the team’s trade deadline show. “And then I’ve just got to step in that role and do the best I can there. That’s just what it is all about this time of year.”

Janmark was fourth in average ice time among the Blackhawks’ forwards and can play both special teams phases. The native of Danderyd, Sweden, has shown a scoring touch in the past with a career-high 19 goals in 2017-18.

“For me, it’s another really good NHL player that goes into our stable of players that is going to be able to move around depending on the situation,” DeBoer said. “I know they had to move some mountains in order to make it happen with the cap space we had. They found a way. And I think that’s a critical message to our group.”

Janmark will be an unrestricted free agent this summer. He can use the remainder of the regular season and playoff to audition for a new contract and reverse some unsightly analytics.

The Knights paid a high price for Janmark but had extra capital to make the move. In the next two years, they have 14 picks total, including four selections in the first and second rounds.

“We never considered taking anyone out of our mix this season. That was pretty apparent that we believe in the players we have,” McCrimmon said. “Talking with people that have worked with this player before, we were really comfortable that he is going to be a good addition. Make our team a better team.”