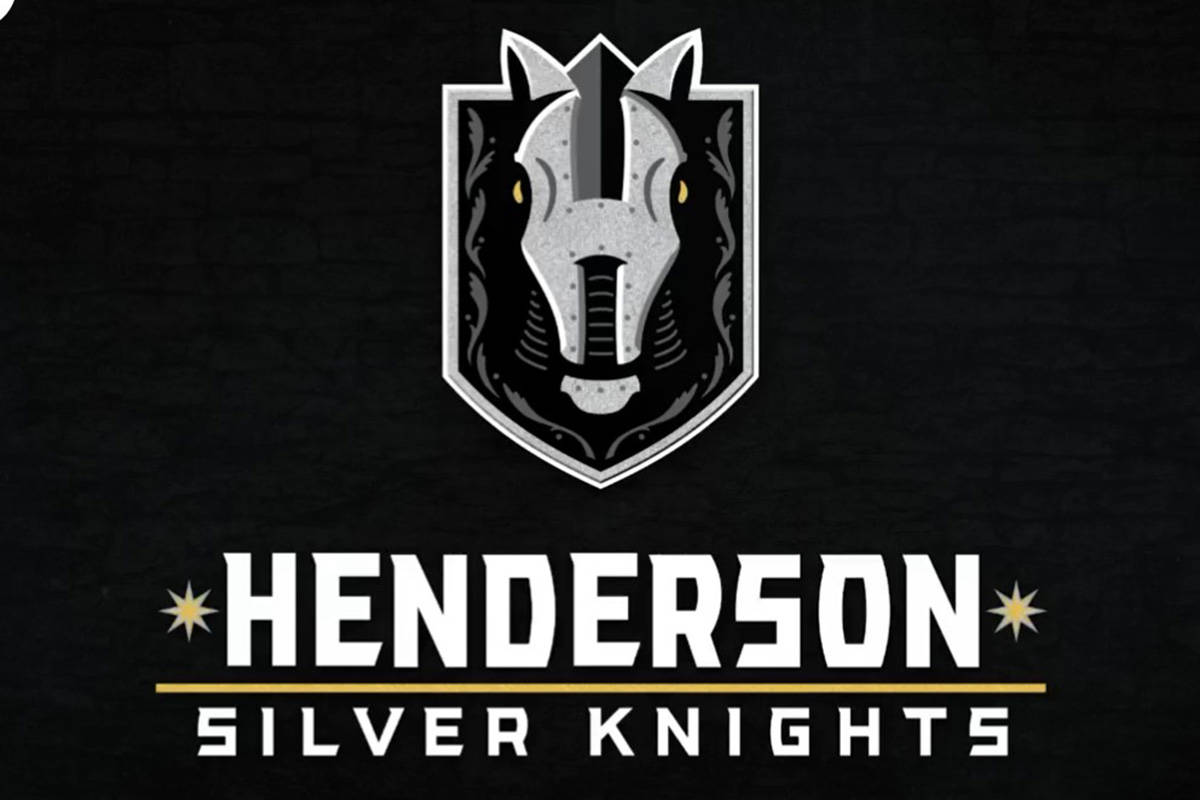 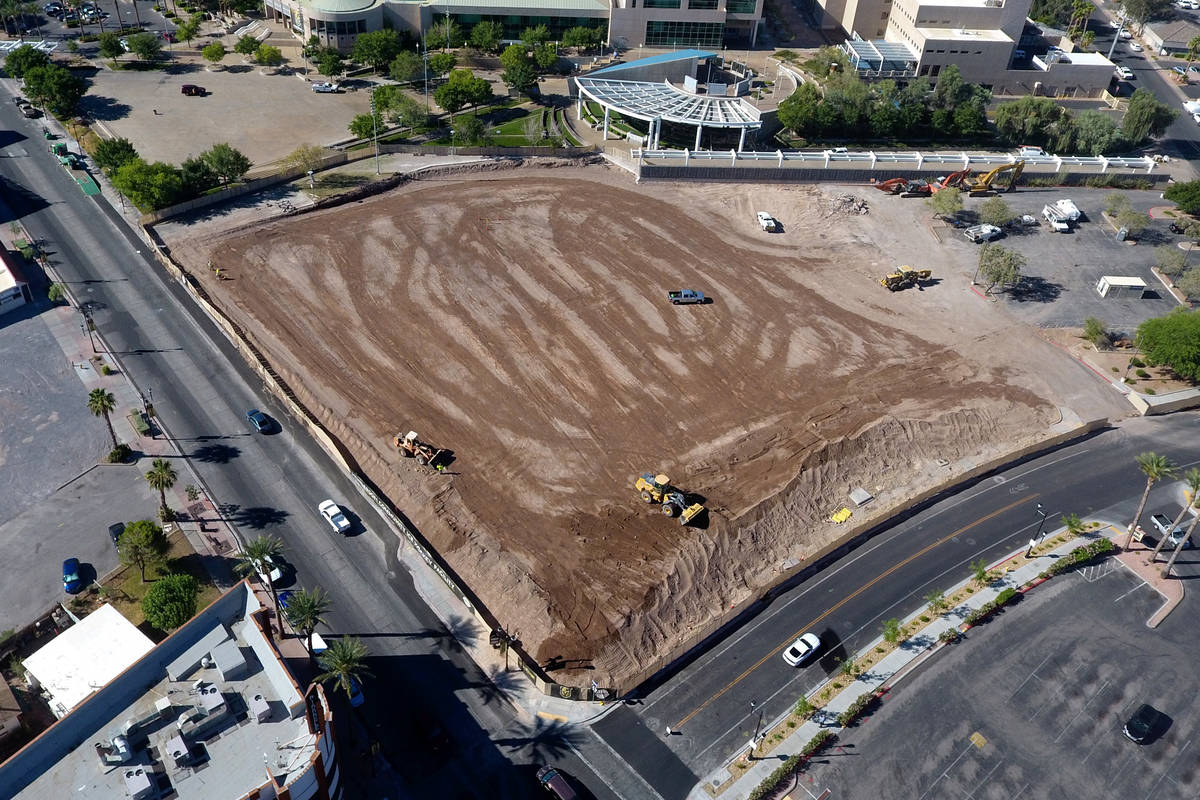 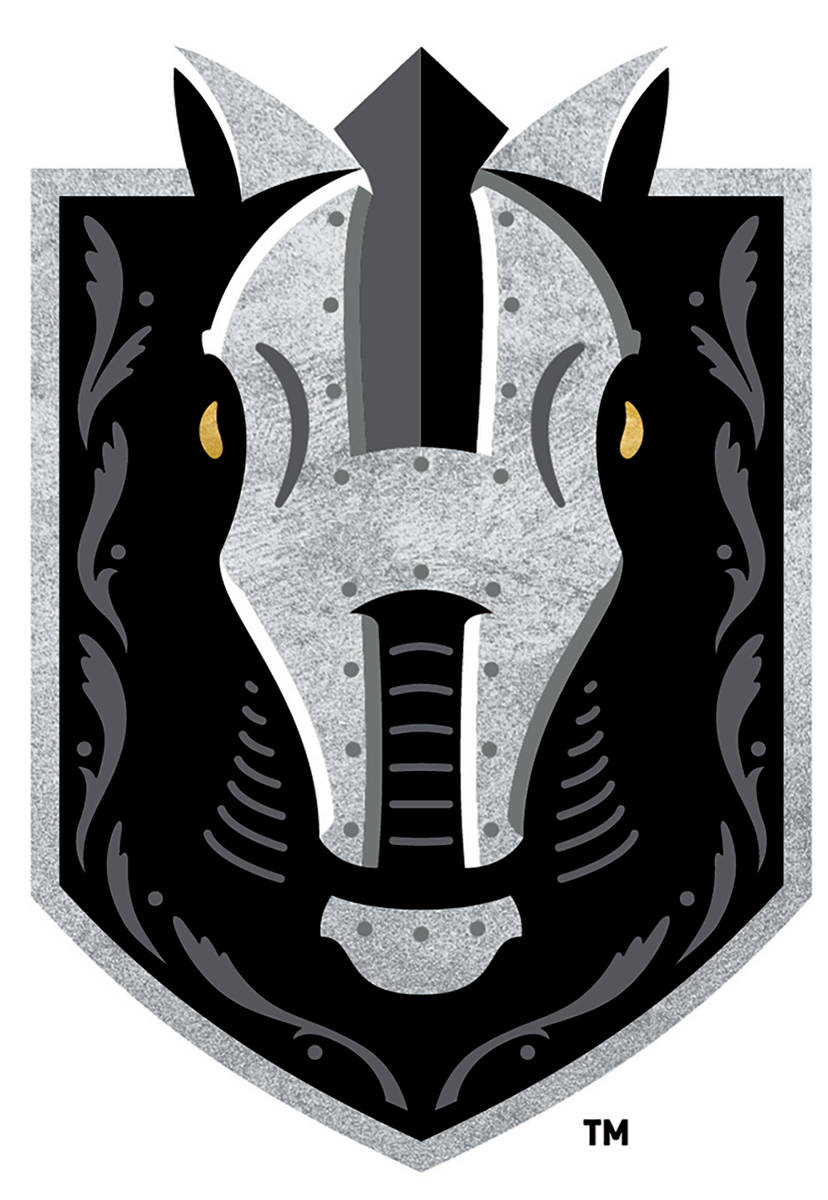 The NHL team announced that its new American Hockey League affiliate will be called the Henderson Silver Knights and the logo will be a silver war horse.

The name, one of the final three owner Bill Foley considered for his NHL franchise, along with Desert Knights, wasn’t much of a surprise. The logo, which features a large silver “H,” a silver shield and golden eyes, was more unexpected, but it had Foley beaming with pride.

“What a great combination, having the knights and the war horse,” Foley said before describing how his two teams would terrify medieval opposition.

With the name and logo unveiled, the Knights are one step closer to making their dreams of having a local AHL affiliate a reality. Foley revealed several other key details on the one-hour special on KSNV-TV, Channel 3, such as the NBC affiliate will broadcast 10 home games live next season.

Foley also said the team has 7,600 season-ticket deposits and that tickets will start at $10. He said jerseys have been designed but won’t be unveiled for a couple of months. In the meantime, fans can purchase merchandise at VegasTeamStore.com or at The Arsenal at City National Arena.

“It’s a pretty awesome logo,” Knights prospect Ben Jones said. “I think it’s going to look pretty great on the jerseys. The whites and the blacks.”

The night showcased how quickly the Knights’ AHL plans have come together.

Foley said the organization first began thinking about having a local affiliate a year ago, with president of hockey operations George McPhee and general manager Kelly McCrimmon leading the charge. The Knights waited for an opportunity and made their move in February.

They purchased the San Antonio Rampage with the intention of moving them to Henderson, and the sale was quickly approved by the AHL’s board of governors.

The Silver Knights will initially play at Orleans Arena while its Henderson rink, which will replace the Henderson Pavilion at Green Valley and Paseo Verde Parkway, is being built. The $80 million, 6,000-seat arena was approved 4-1 by the Henderson City Council on May 19 despite fierce, vocal opposition from some who live in the area.

“(The designers are) very cognizant in terms of the traffic situation,” Foley said. “How people get to the games, how many parking spots are on site. This is really not going to be much different than what the pavilion was in Henderson. And at night, when the games are happening, or there’s a concert, it’s going to be enclosed. There will be very little noise pollution in terms on this site, this location.”

The Silver Knights will be headquartered in Henderson at Lifeguard Arena, which will occupy the site of the Henderson Convention Center at Water Street and Atlantic Avenue. Foley said the building should open about Sept. 15.

It will be the latest step for an organization that already has grown leaps and bounds since it started play three seasons ago.

“Just playing in Henderson is going to be amazing,” Jones said. “Even just being 10 minutes down the road from the big club. It’s going to be interesting to keep you honest. You never know who’s going to pop in the door. It could be George, could be anyone. Could be any of the coaches or even Bill Foley himself.”