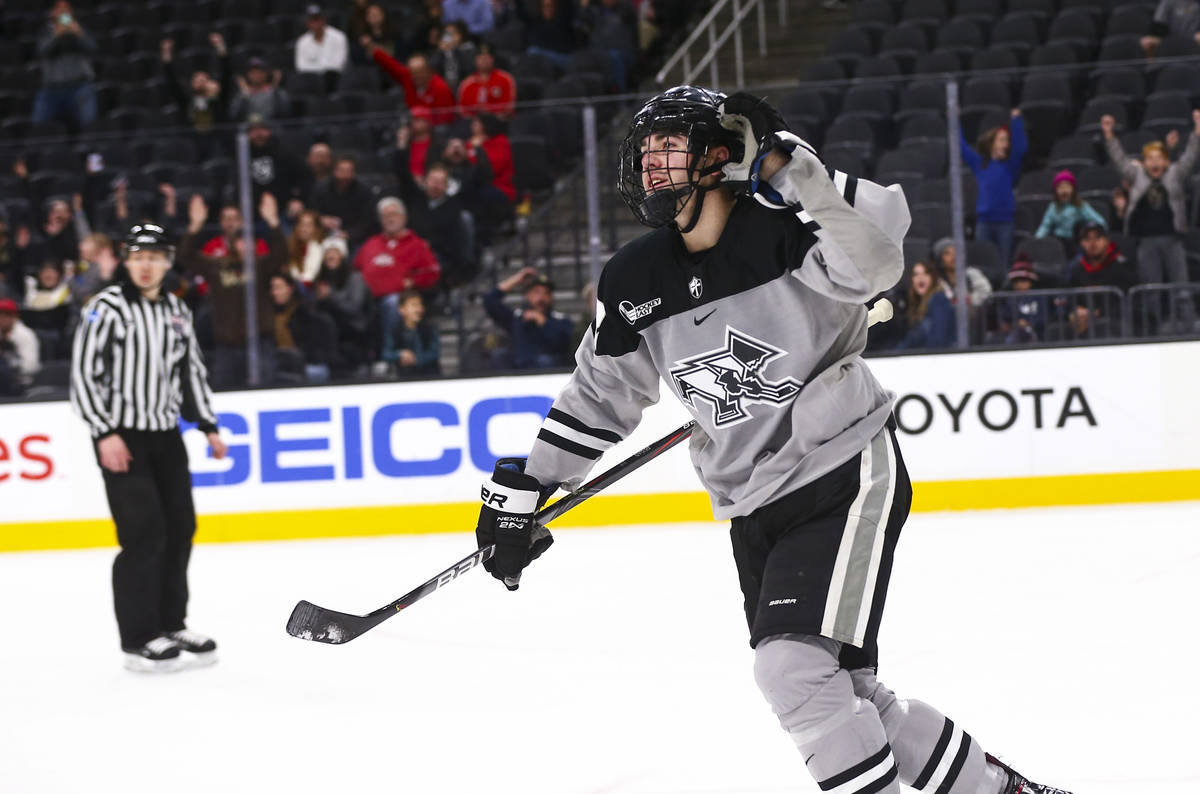 Providence Friars' Jack Dugan reacts after scoring against Cornell to win the game in a shootout in the Fortress Invitational championship at T-Mobile Arena in Las Vegas on Saturday, Jan. 4, 2020. (Chase Stevens/Las Vegas Review-Journal) @csstevensphoto 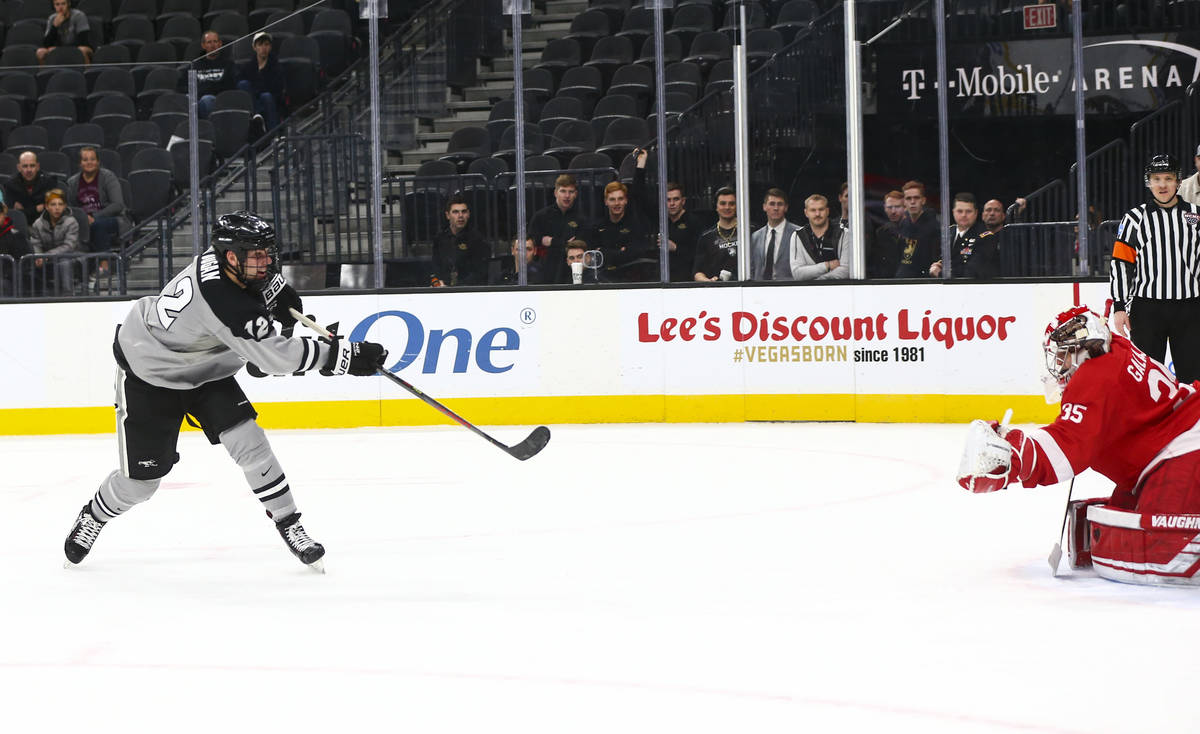 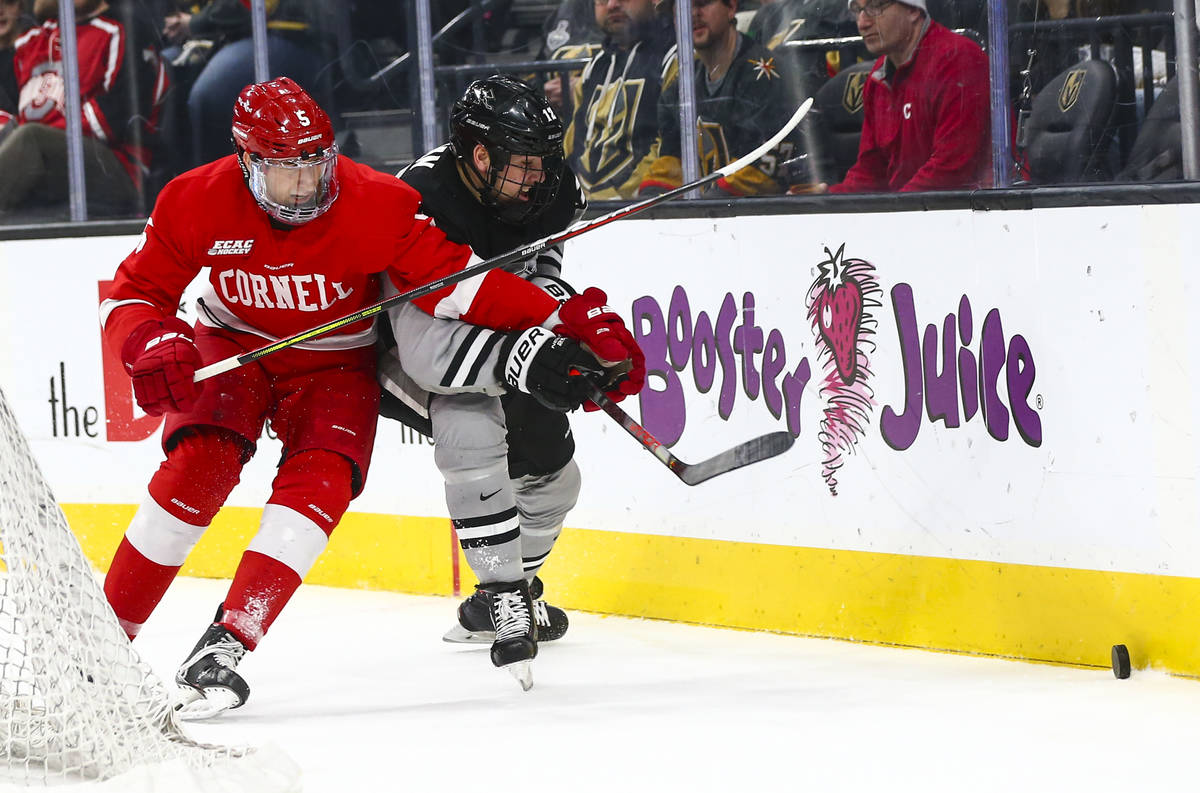 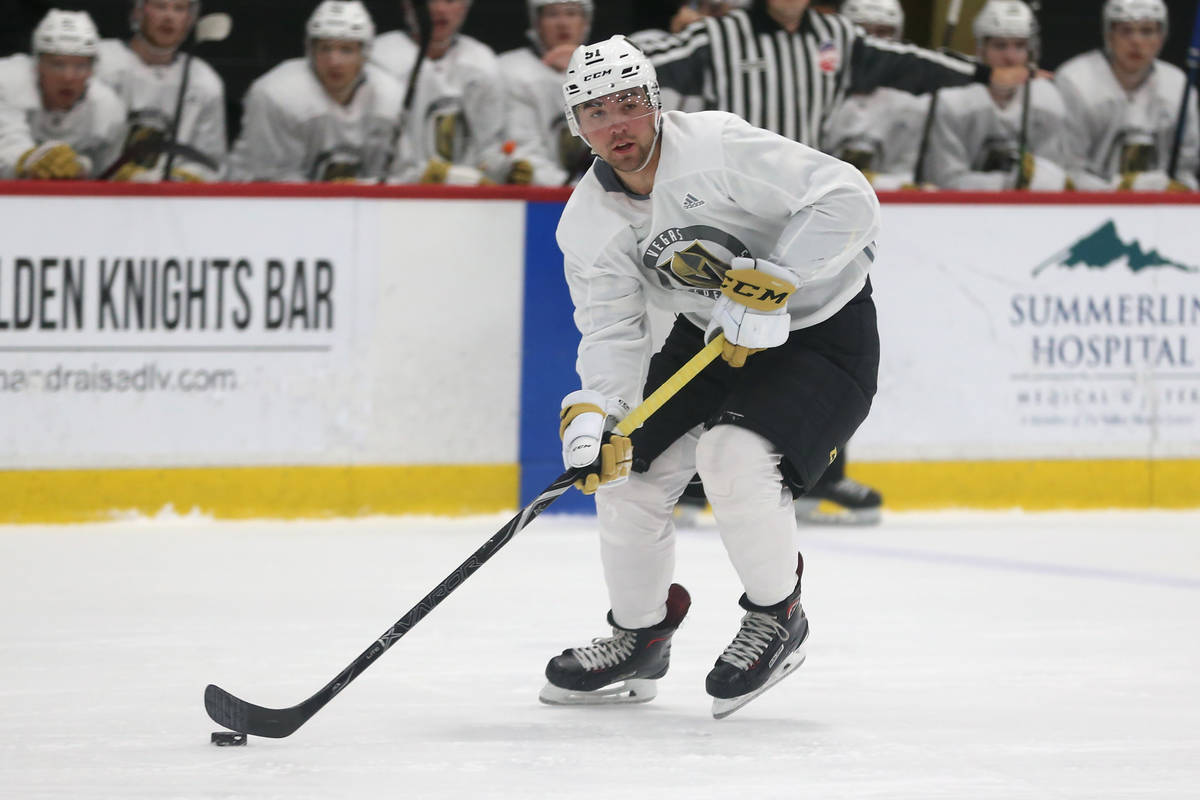 For the past few months, Jack Dugan and the Golden Knights gave off the vibe the Providence sophomore was ready to turn pro.

But the NHL’s pause because of the coronavirus pandemic has complicated matters.

Dugan, who led the NCAA in scoring, is eligible to sign a two-year, entry-level contract with a maximum salary of $925,000 per season plus performance bonuses.

Under normal circumstances, he could sign and play an NHL game to burn the first year of that deal, similar to what defensemen Zach Whitecloud and Jimmy Schuldt did when they left college. That would make Dugan a restricted free agent after the 2020-21 season.

However, Dugan must wait to see whether this season will resume before he can plot his future.

The NHL has prevented teams from signing players to contracts for the 2019-20 season during the pause. If the season is canceled and Dugan signs, his contract would begin with the 2020-21 season.

One possible resolution for Dugan and the Knights is to follow the lead of St. Louis prospect Scott Perunovich, who agreed to terms with the Blues on separate two-year, entry-level contracts but has yet to sign.

The junior defenseman from Minnesota-Duluth negotiated one deal contingent on the 2019-20 season restarting that would allow him to burn the first year of his deal, and another that wouldn’t kick in until the 2020-21 season.

Should Dugan use his leverage and return to school, the 22-year-old is eligible to become an unrestricted free agent if he doesn’t sign with the Knights by June 1, 2021.

Brian Bartlett, the Dugan family’s adviser, declined to comment on any scenarios since he has not been hired as Dugan’s agent. Dugan could not be reached for comment.

Knights general manager Kelly McCrimmon said in a previous interview that signing Dugan is not a pressing matter because of the NHL pause but remains a high priority.

“He’s got some things that you can’t teach, some things he does naturally. I’m happy to hear that Jack (said) he has to continue to work on his 200-foot game,” Knights director of player development Wil Nichol said. “The more they’re a 200-foot player and a complete player, they’re going to have the puck more, and that’s what we want.”

Dugan, selected in the fifth round in 2017, is one of 10 finalists for the Hobey Baker Award as the top player in college hockey.

The 6-foot-2-inch, 194-pound playmaker projects as a top-nine wing to begin his career if he signs with the Knights.

Dugan won the NCAA scoring title with 52 points in 34 games before the remainder of Providence’s season was canceled because of the coronavirus pandemic.

In 75 games at Providence, Dugan has produced 20 goals and 71 assists for 91 points.

Along with Dugan, the Knights must sign 2018 draft picks Connor Corcoran, Xavier Bouchard and Jordan Kooy, or they become eligible for the 2020 draft.

Corcoran, a 6-2, 192-pound defenseman, posted 19 goals and 54 points in 62 games with Windsor of the Ontario Hockey League and may have done enough to earn an entry-level deal.

He also finished in the top three of the OHL coaches poll in three categories: most underrated player, best defensive defenseman and hardest shot.