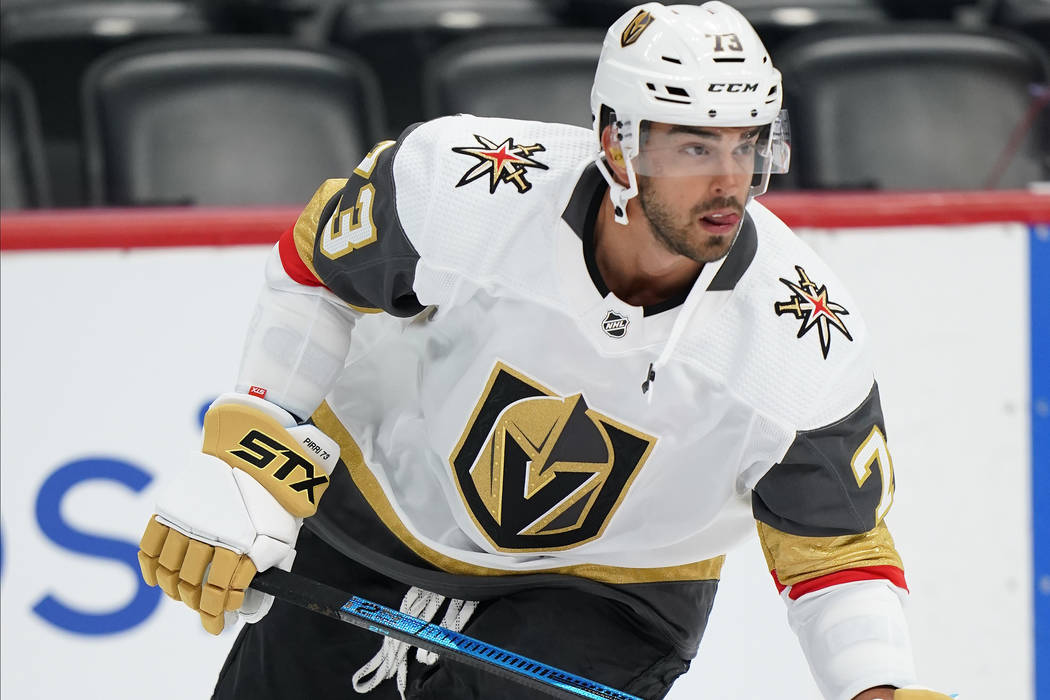 The Golden Knights left wing’s sole focus this training camp has been to avoid a third straight season with the team’s American Hockey League affiliate, the Chicago Wolves. He may just get his wish.

“I have no intention of going back,” Pirri said. “My family’s here. I’m treating this like I’m on the team and that I can contribute every night.”

Pirri, 28, needed to prove he could be a consistent contributor after a tumultuous start to his career. The former second-round pick made his debut for the Chicago Blackhawks when he was 19, but by the time he signed a one-year, two-way contract with the Knights in 2017 he was with his fifth NHL franchise.

He scored 29 goals with the Wolves that season, his first in the minors since 2013-14, then rebuilt himself in the offseason. He knew his sharp shot and scoring ability were NHL caliber. What needed to improve was his skating and defense.

So last offseason in Chicago he started working with trainer Brian Galivan, who this summer was named the director of sports science for USA Hockey’s national team development program.

“It changed the way I skated,” Pirri said. “At 27, not many guys can say their game changed a bit.”

Using his rebuilt stride, Pirri was named an AHL All-Star last season and earned a call-up from the Knights in December. He scored three goals in his first two games — and seven in his first eight — to force his way onto the roster, eventually for good.

“He’s a great shooter,” forward Tomas Nosek said. “He obviously knows how to shoot the puck, and he’s good at finding spots.”

Coach Gerard Gallant was quick to point out it wasn’t just Pirri’s goal-scoring prowess that was impressive . Gallant, who previously coached Pirri on the Florida Panthers, noticed the winger’s improved skating as well.

Pirri now hopes to take another step after a second offseason with Galivan. He felt good enough to say he was in “the best shape of his life” during camp, and Gallant doesn’t necessarily disagree.

The Knights have an opening for a third-line wing, and Pirri wants to take it.

He wants to show the two-year $1.55 million contract he signed in July is a bargain for the Knights.

“This year it’s just kind of proving I should be in the lineup every night,” Pirri said. “The way my career has gone, I can’t really take a day off or I’m not going to be in the lineup. That’s the way I look at it. I’m still kind of scratching and clawing. It’s just for a different reason.”