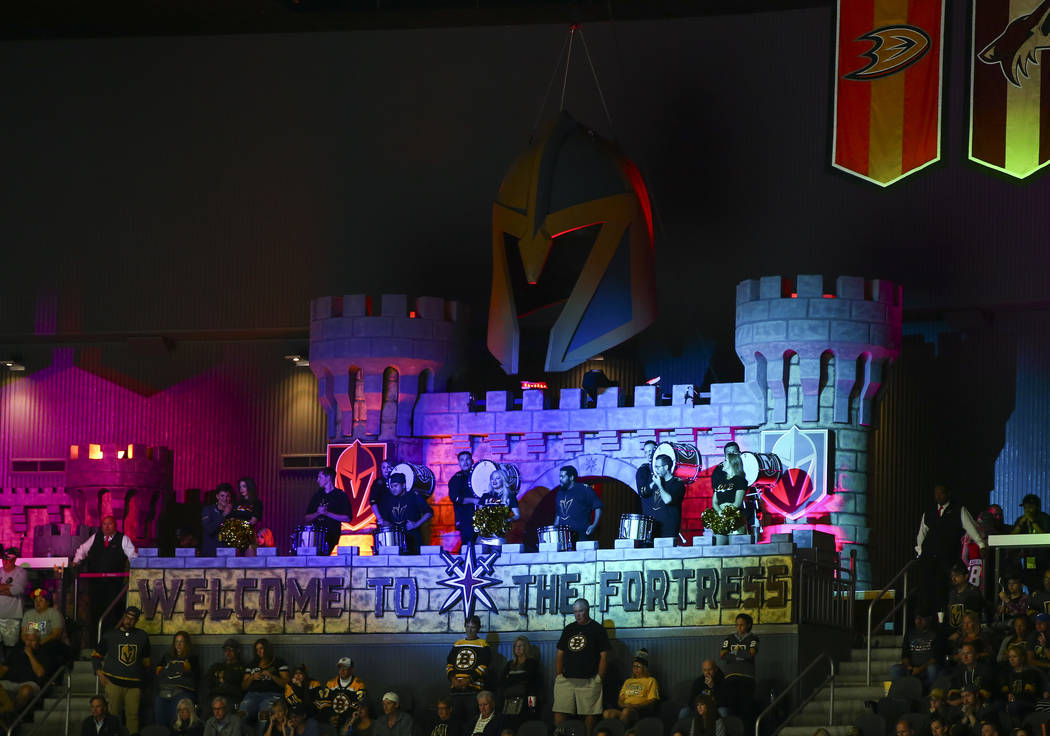 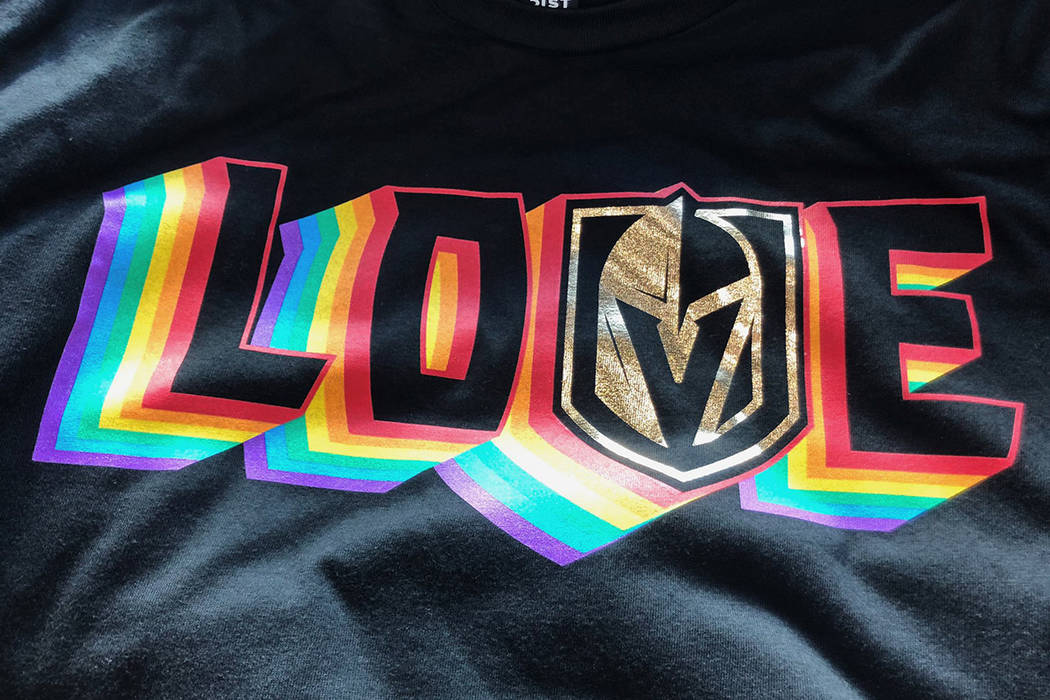 Add rainbow to the Golden Knights’ gold and steel gray color scheme, at least for one night.

The team celebrated its annual pride night Tuesday when it hosted the Boston Bruins at T-Mobile Arena. Players donned rainbow tape on their sticks during warmups, and the organization sold rainbow “Love” T-shirts in sections 10 and 11 during the game.

“Well, I think it’s come a long way the last few years,” Gallant said, “so, I mean, the NHL is doing a great job with the pride night and the initiative by the league, and I think that so far it’s been awesome. Anybody can come to the rink and play, and I think our organization and the NHL have done a fabulous job with it.”

You Can Play works to create an environment in which players feel welcome regardless of their sexual orientation or gender identity. No active NHL player has publicly come out.

Defenseman Brayden McNabb took up the mantle as team You Can Play ambassador after his predecessor, Pierre-Edouard Bellemare, signed with the Colorado Avalanche in the offseason.

McNabb, sitting a few lockers down from Marc-Andre Fleury, who had rainbow tape around the blade of his goalie stick, said he wanted to show his support for an important initiative.

“It’s sad at times, for sure, how sometimes they’re treated and thing like that,” McNabb said of LGBT people, “but you know it’s important to do things like this to help support and do what we can.”

All rainbow T-shirt proceeds will go to the Gay and Lesbian Community Center of Southern Nevada. Its executive director, John Waldron, said those funds will support efforts such as a crisis program for victims of violence, a program for assisting families after a young person comes out or begins to transition and a free HIV clinic for the whole community.

It’s “disturbing” that LGBTQ+ people still struggle with discrimination and a lack of protections, Waldron said. Yet the team’s support and pride night, especially on a day when the Supreme Court heard opening arguments in landmark discrimination cases, is significant, he said.

“They’re certainly supportive of our community, and that means everything to us,” Waldron said.

The Golden Knights organization will participate in the pride parade this week, said its vice president of marketing, Kim Frank.

“It’s second nature” to support a group such as the center as gay issues become normalized in the hockey world, she said.

“I think it’s great how far we’ve come,” Frank said. “There’s still a lot that needs to be done. But as a hockey community, the players are all in, we’re all in to support it. We don’t want people to ever feel excluded from the game, and that’s how the players feel, too.”