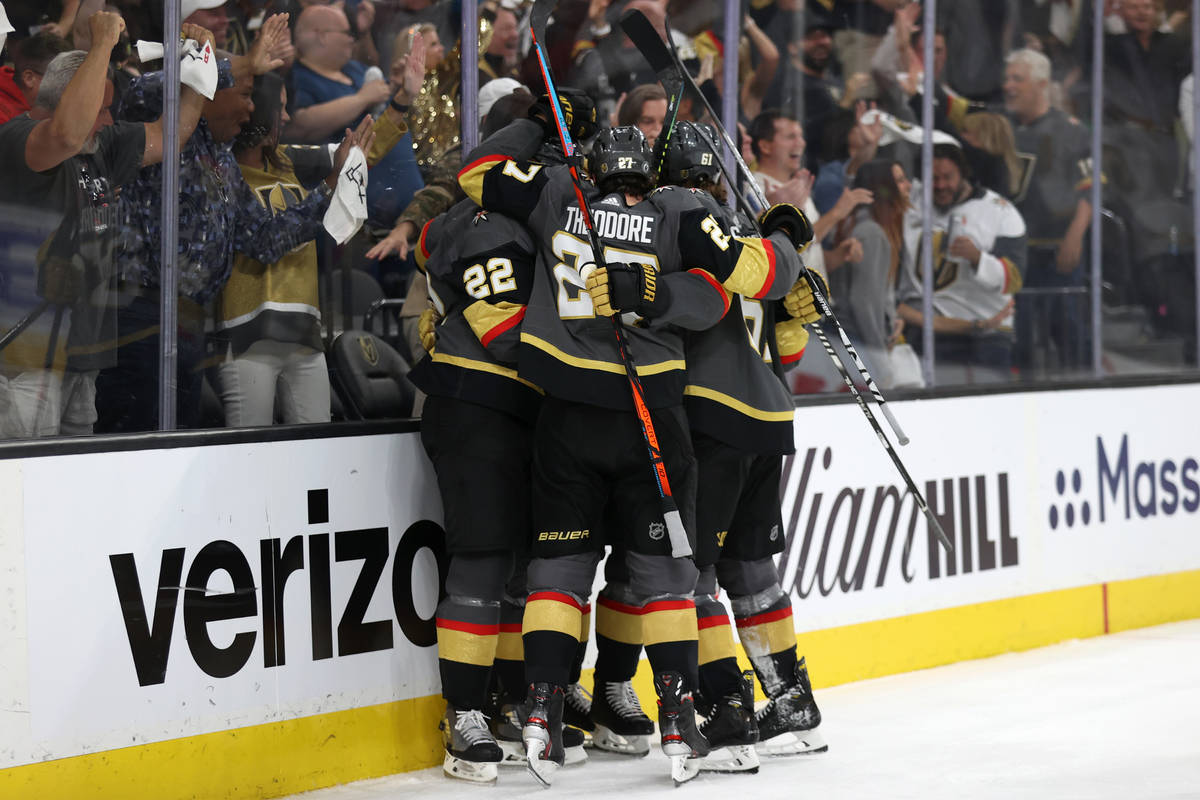 3. Knights center William Karlsson — He scored his second goal of the series, and it was a thing of beauty. He kicked a rebound to his stick in front of the net and tucked the puck in.

2. Knights left wing Max Pacioretty — He scored his second goal of the playoffs to put his team in front with 4:33 remaining. He has two goals and two assists in four playoff games.

1. Knights left wing Jonathan Marchessault — He has two goals in the postseason, and both were sorely needed. He answered the Minnesota Wild’s opening tally in Game 2 of the first round and tied Game 3 against Colorado with 5:18 left.

The Knights were desperately pushing to tie the game after right wing Mikko Rantanen put Colorado ahead 2-1 with 14:56 to play. It seemed as if nothing was going to get past goaltender Philipp Grubauer.

That included a Marchessault chance when he couldn’t get a shot on Grubauer in front. But he spun and fired from behind the goal line to bank the puck off Grubauer’s back and score an equalizer.

It was the first full-capacity crowd in the NHL this season. The fans were loud and noticeable throughout the game, but especially when the Knights made their comeback push in the third period.

“A huge goal. Time will tell how much huge it’s going to be.” — Karlsson, on Marchessault’s goal.

“The easy answer is for five periods straight they’ve been far more competitive than we have. To dissect the game any more than that is a waste of time.” — Colorado coach Jared Bednar.