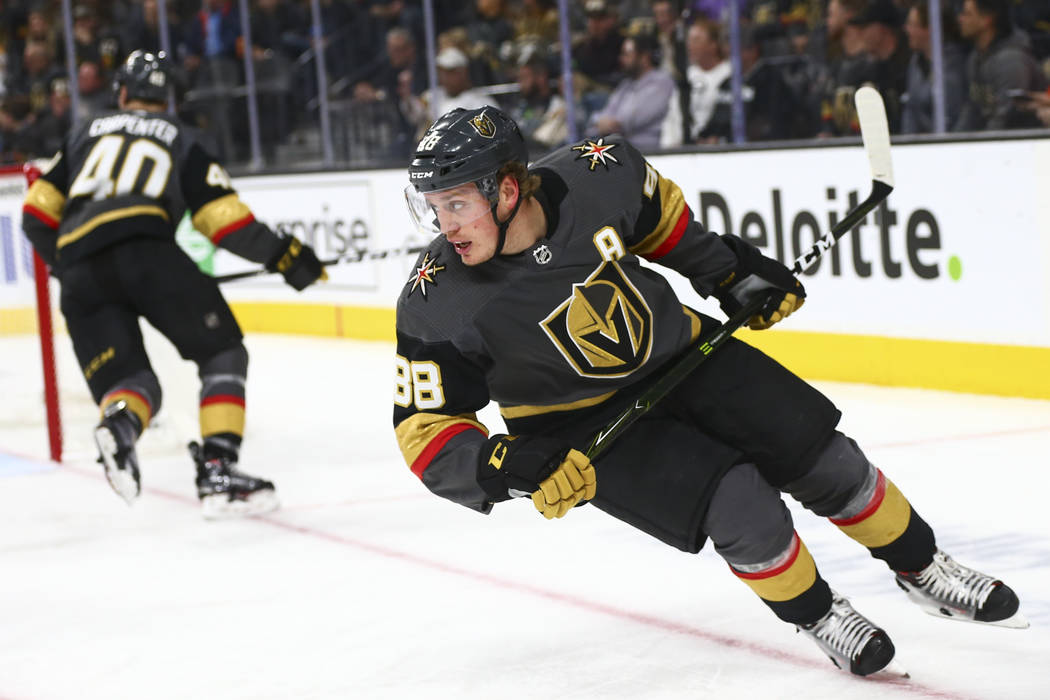 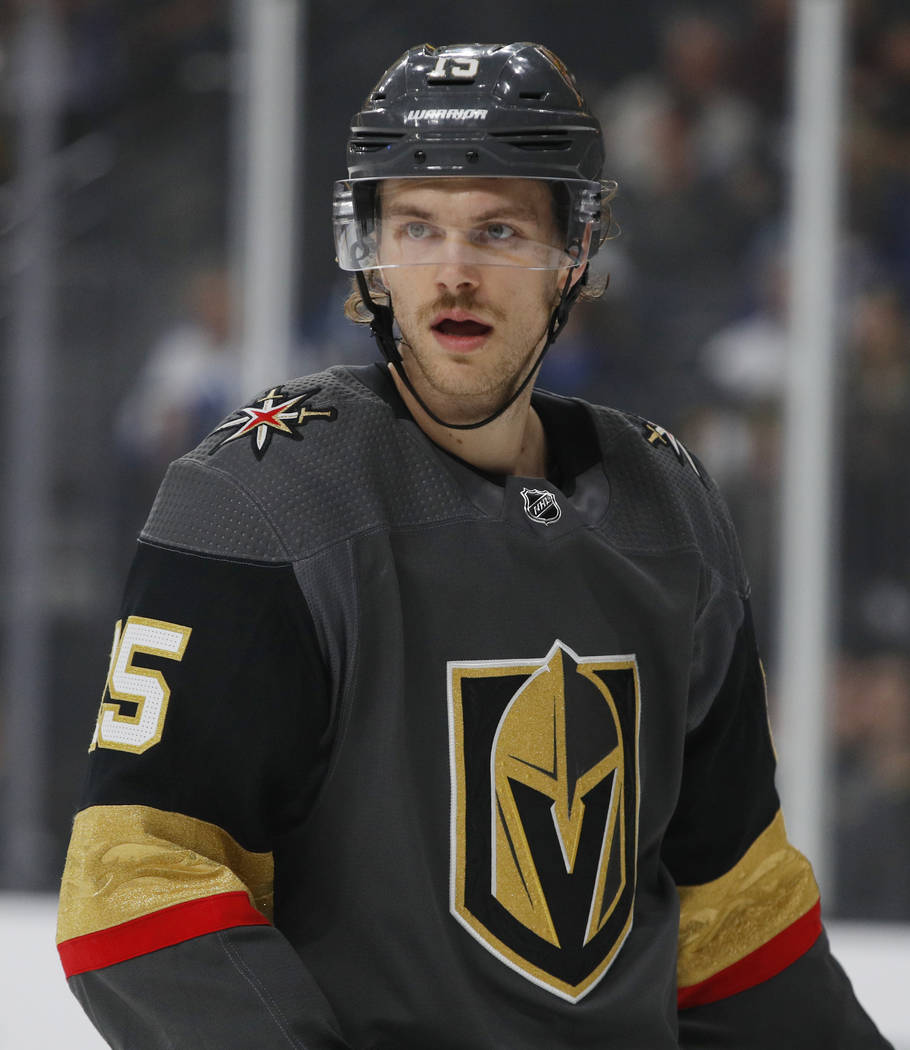 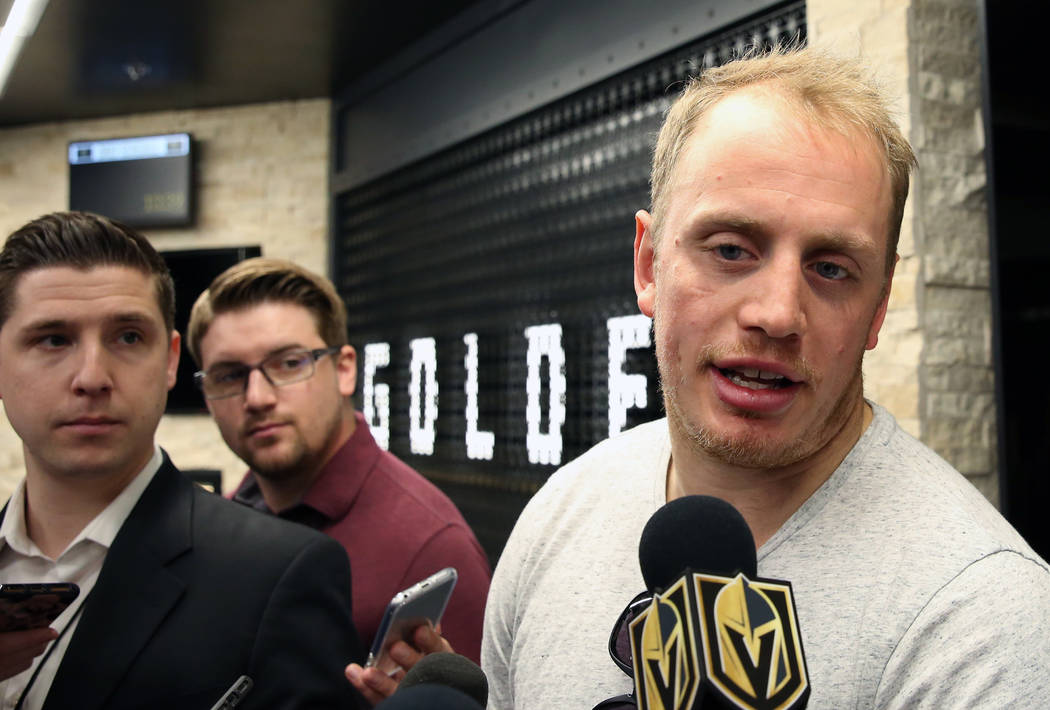 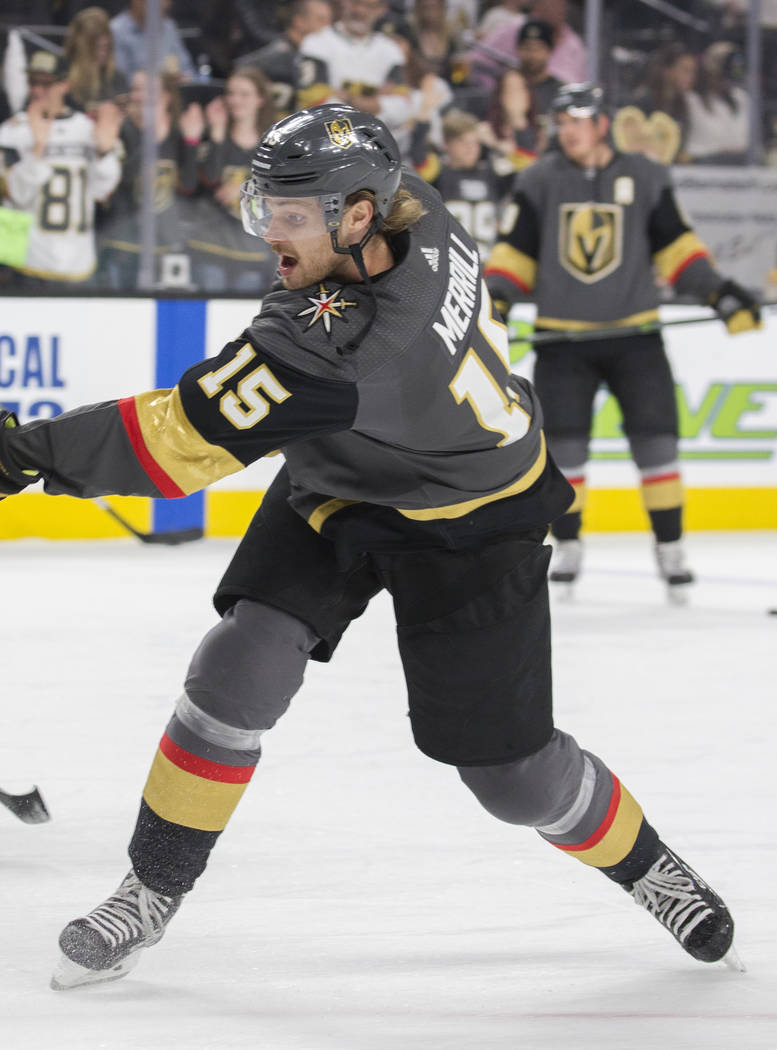 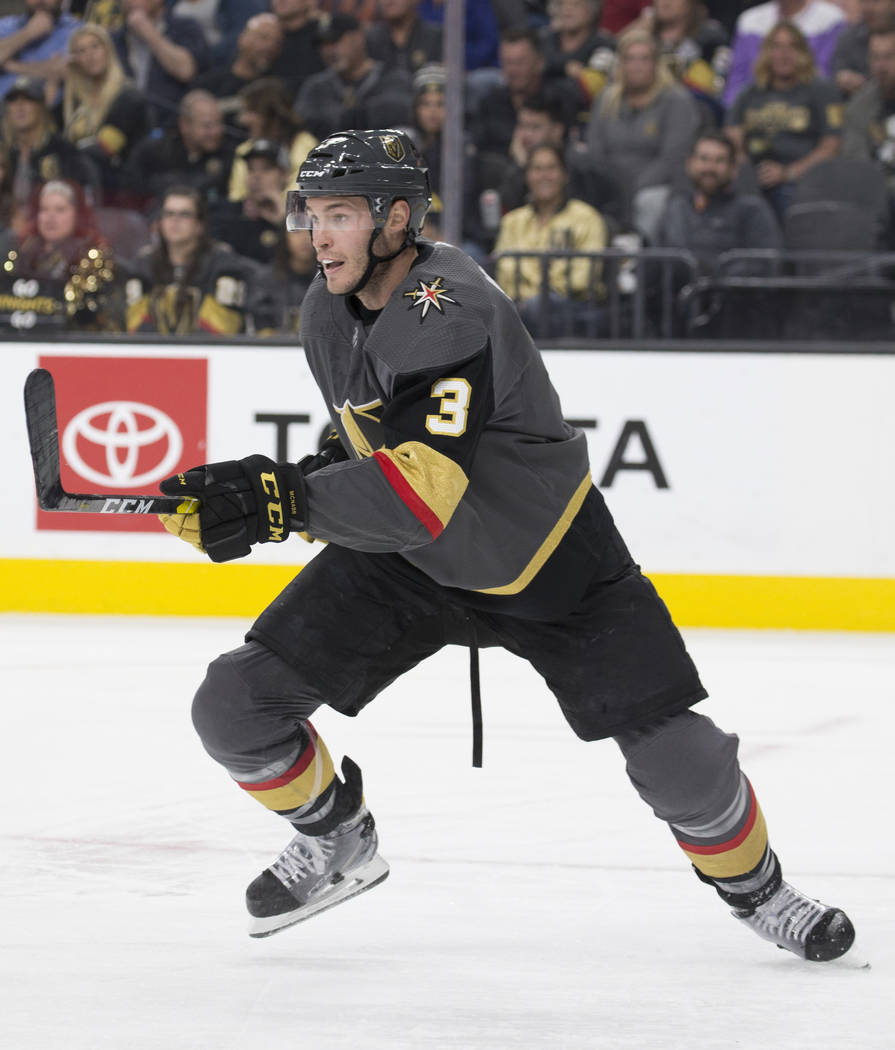 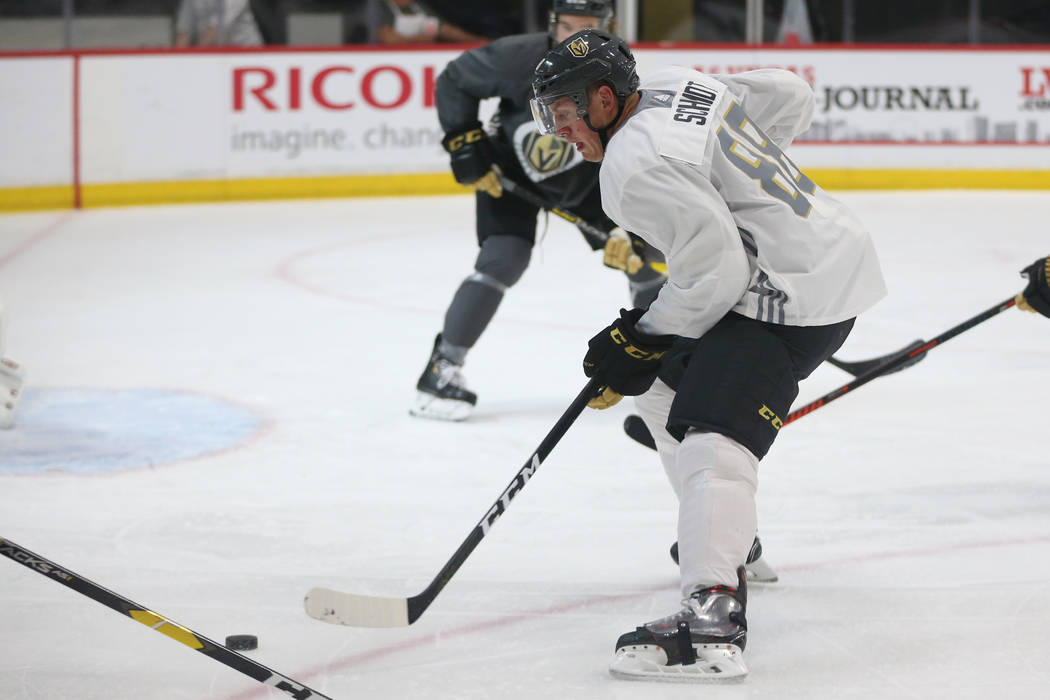 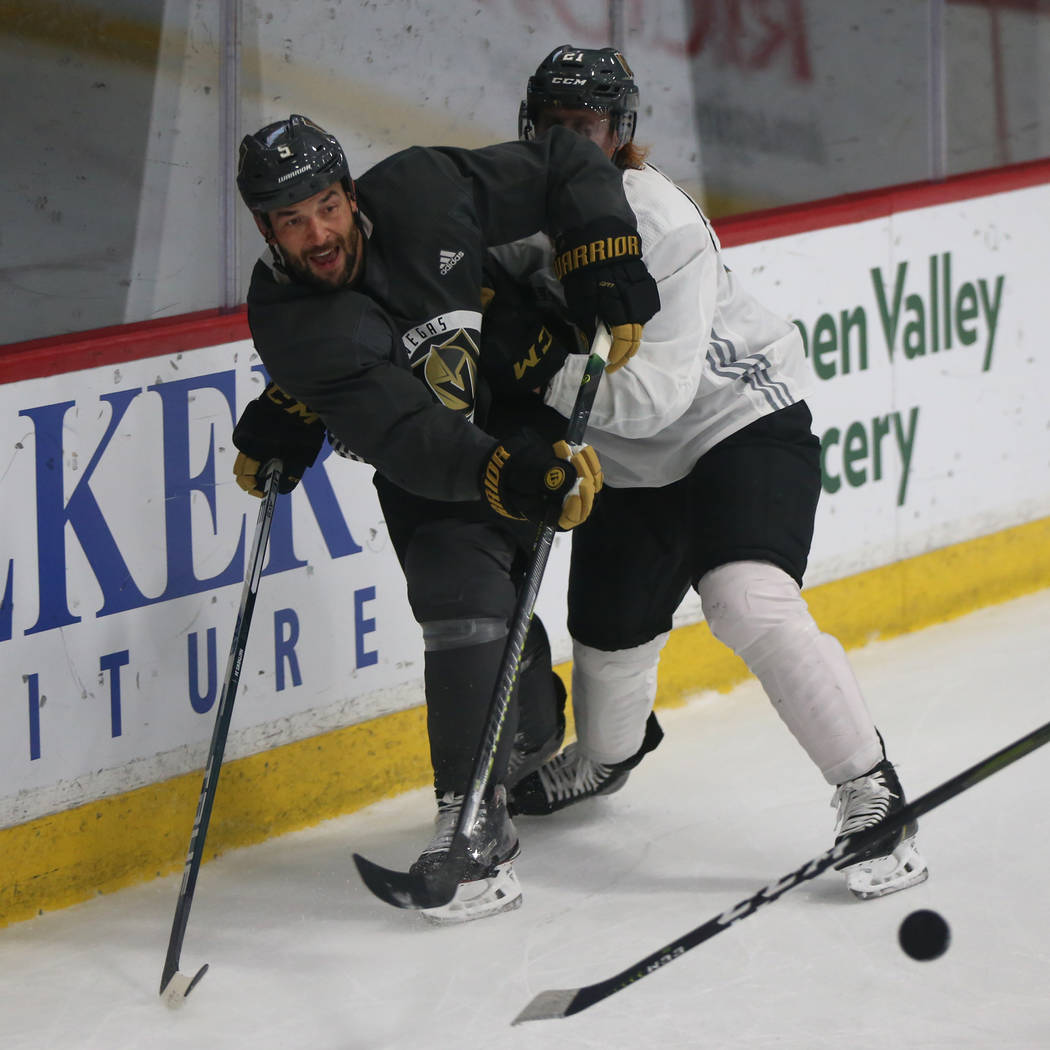 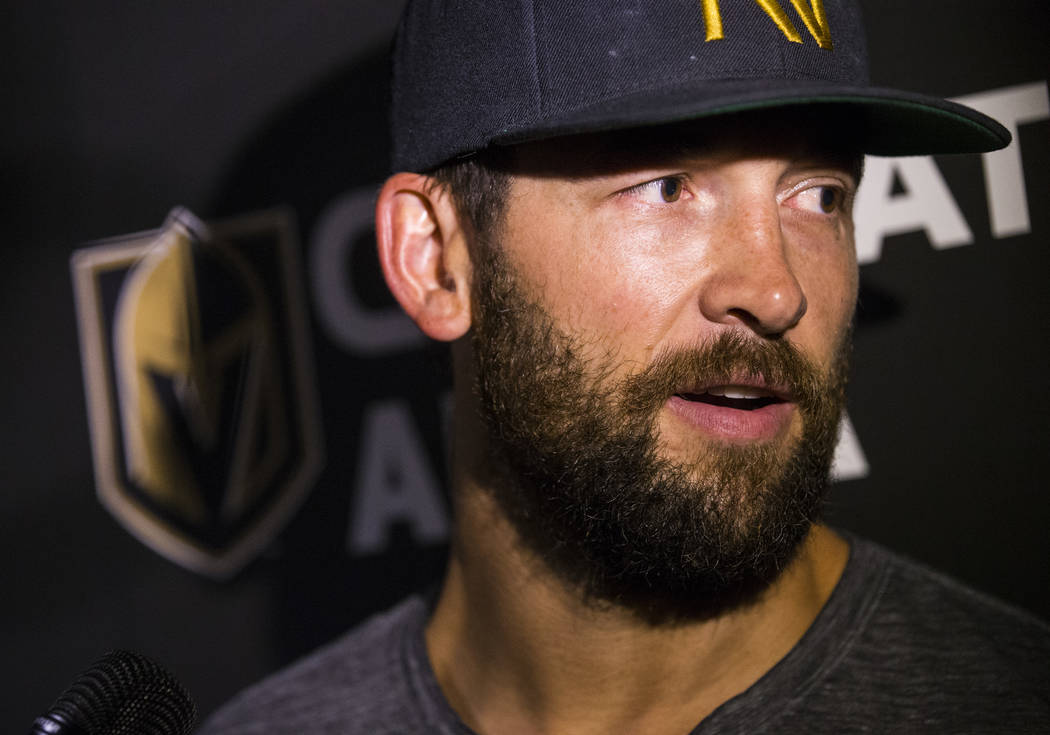 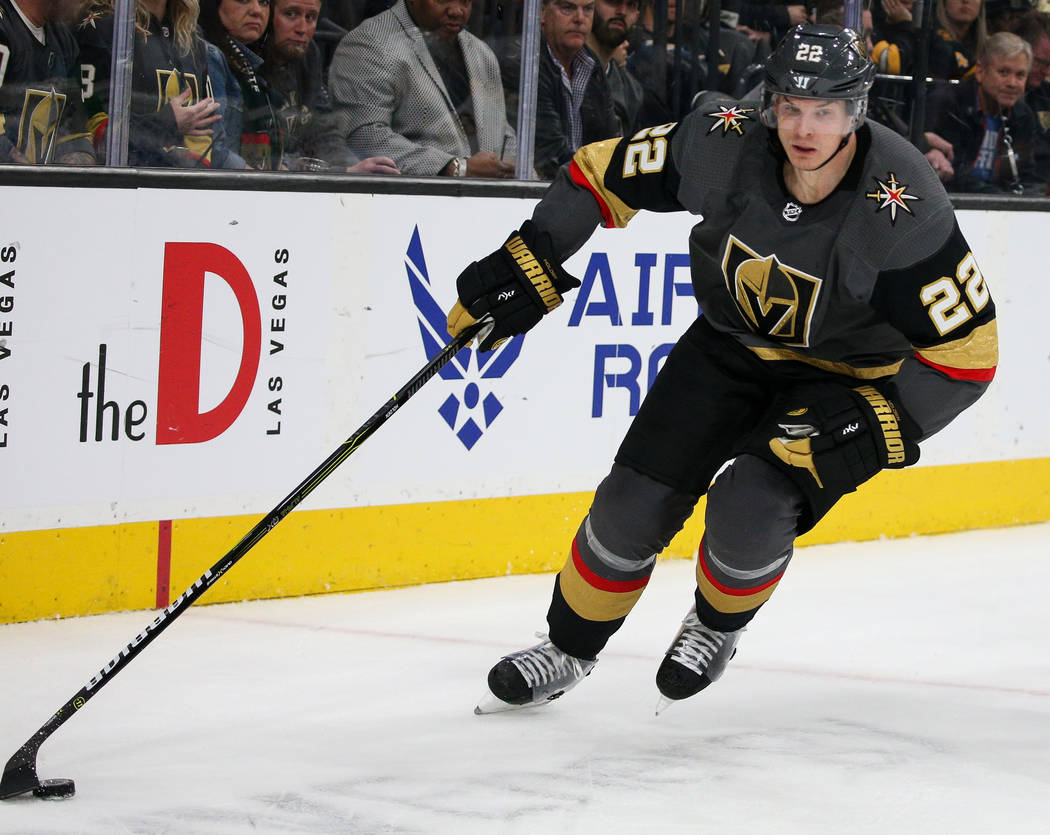 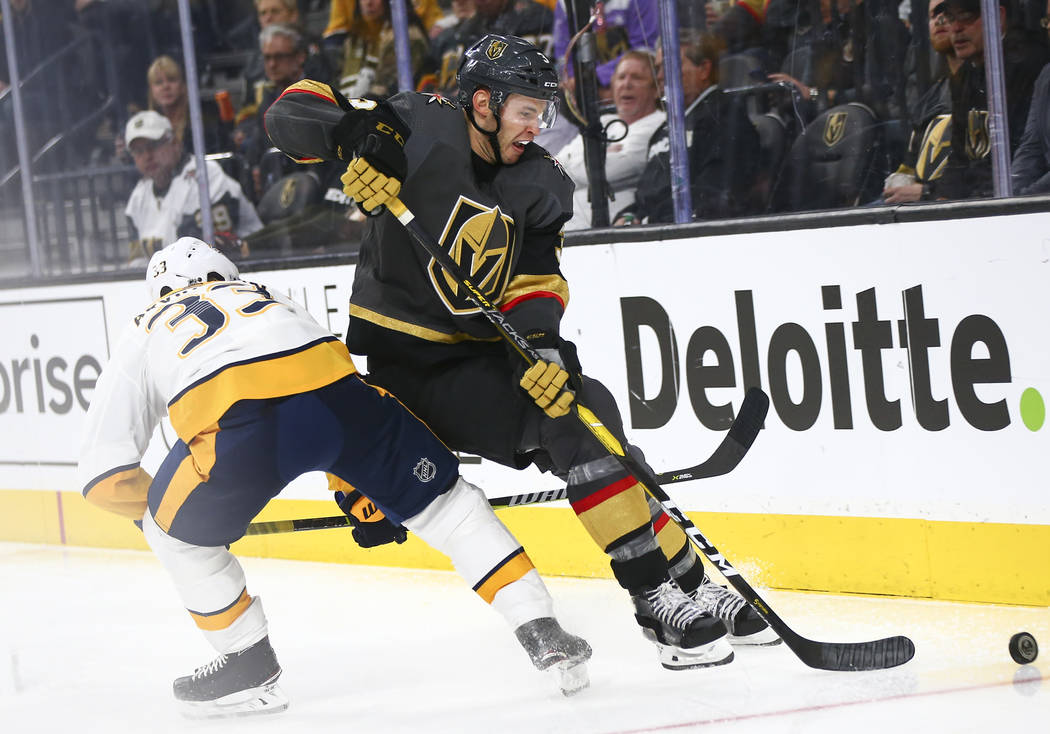 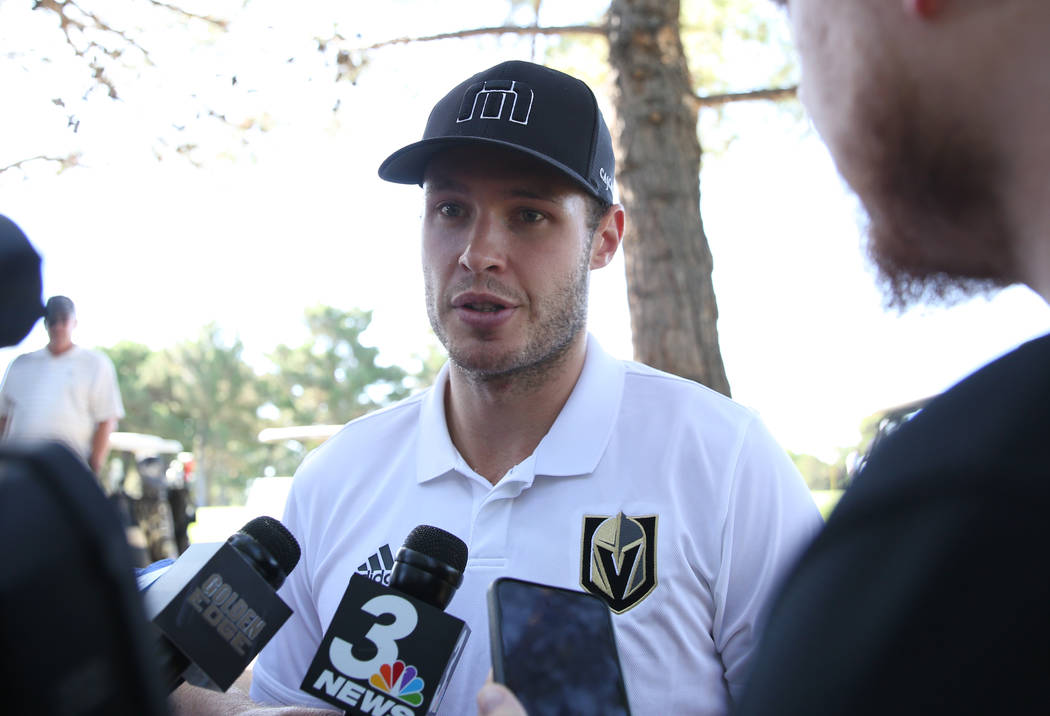 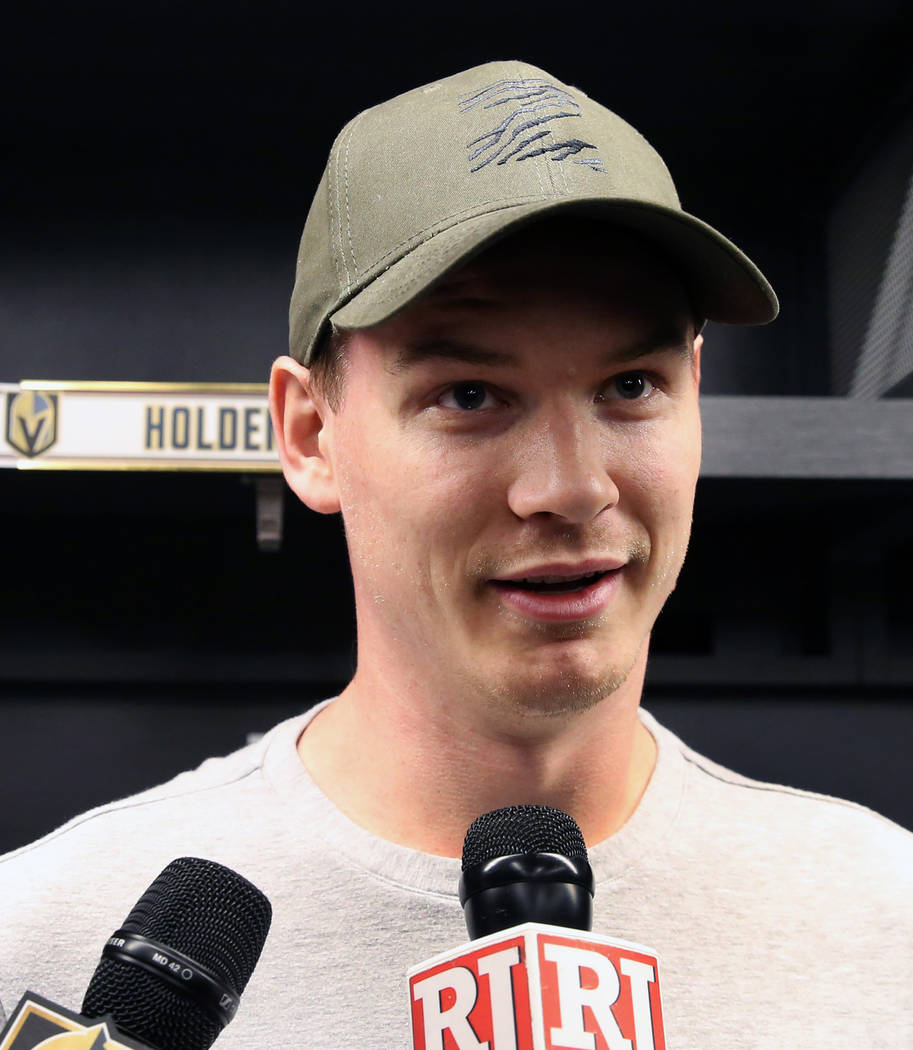 First training camp, first game, first goal, all of it. So with the Golden Knights set to break in at least one rookie on their blue line this season, the Review-Journal polled the team’s veteran defensemen to learn what went into their debuts and what helped them stick around.

Their answers and advice were as varied as the players themselves and showed there’s more than one way to reach the NHL.

Brayden McNabb: “You’ve got to do something to keep yourself around”

McNabb, the Knights’ burly, shutdown D-man, came into the league as a different player entirely.

The season before he was called up, he scored 72 points in 59 regular-season games in junior hockey and another 27 in 19 playoff games.

“I was more of a skilled guy before that,” McNabb said. “But you slowly learn you have to find a way to stay and maybe it’s not the way you thought it was going to be.”

McNabb soon discovered that being a good defender and delivering hits were more important to his NHL career than his offense. Now he rarely looks to score (his career high in points is 24), but he’s carved out a career shutting down the opposition.

“I always remember telling myself: ‘You’ve got to do something to keep yourself around,’” McNabb said. “For me, it was working on the defensive side of the game and being physical.”

Jon Merrill: “It’s about being a professional all day long”

“Just to walk into that locker room was amazing,” Merrill said. “You felt you had really made it at that point.”

He played 52 games his first season out of the University of Michigan and found the on-ice adjustments weren’t the most difficult ones. For him, the toughest thing to learn was the off-ice discipline it takes to carve out a career.

“It’s a lifestyle, the professional game,” Merrill said. “It’s not just when you’re at the rink. You have to take care of yourself away from the rink with everything you eat and the sleep you get. It’s about being a professional all day long. It’s about learning how to completely alter your lifestyle.”

Deryk Engelland: “Stick with what got you there”

It took Engelland a long time to get to the NHL, but the former Las Vegas Wrangler finally received a call-up when Penguins defenseman Alex Goligoski was sick before a game against the San Jose Sharks.

So Engelland made his debut the next game against the Boston Bruins and, because of an injury to Brooks Orpik that forced the Penguins to play with five defensemen, received 19:20 of ice time.

“That made my game easier,” Engelland said. “Less time to think about it.”

Engelland’s advice to rookies is to keep things simple. Focus on what you can do and let the rest take care of itself.

“Stick with what got you there,” Engelland said. “Just work hard. That’s all you can control. When the decision comes, that’s from upstairs. As long as you work hard and play your game, you’ve done your job.”

Holden’s career began with fits and starts, as he played in five games for the Blue Jackets in October 2010 but didn’t reappear in the NHL until February 2013.

He finally became a regular the following season and scored his first goal on Stanley Cup-winning goaltender Braden Holtby on Nov. 10.

“As a kid, you’re playing road hockey and at the outdoor rink (dreaming of that),” Holden said. “It was cool scoring on an elite goalie.”

Since then, Holden has played with a lot of rookies and noticed the habits of many of them. There’s one in particular that stands out to him on the ice.

“I find lots of times younger guys, they pass a little softer,” Holden said. “Usually what I’ll tell my D partner is ‘just pass it hard.’ I’d rather it miss me hard than us have to stop and go back for a puck that’s slow.”

It should surprise no one that the Knights’ personal Energizer Bunny was hyped for his first game.

“I think my first shift I was out there for 20 seconds because I was just way too excited,” Schmidt said. “You just get yourself into a position where you just have to relax. That’s the hardest thing. Us now, it’s so easy to go, ‘Hey, man, relax, it’s going to be just fine,’ but when you’re in it, it’s a lot harder to actually do that.”

Schmidt’s other piece of advice to rookies: Remember that it’s the NHL, and everyone is capable of making a play. But so are you, and that’s why the organization put you on the ice.

“If you get caught out there with some really good players, some of the other team’s top forwards, you just have to understand you’re there for a reason,” Schmidt said. “That’s the biggest thing that I try to tell guys: ‘You’re here for a reason.’ It’s not that you can’t play against these guys. You can. It’s just getting experience and reps against them. That’s what allows you to gain confidence against some of the better players.”