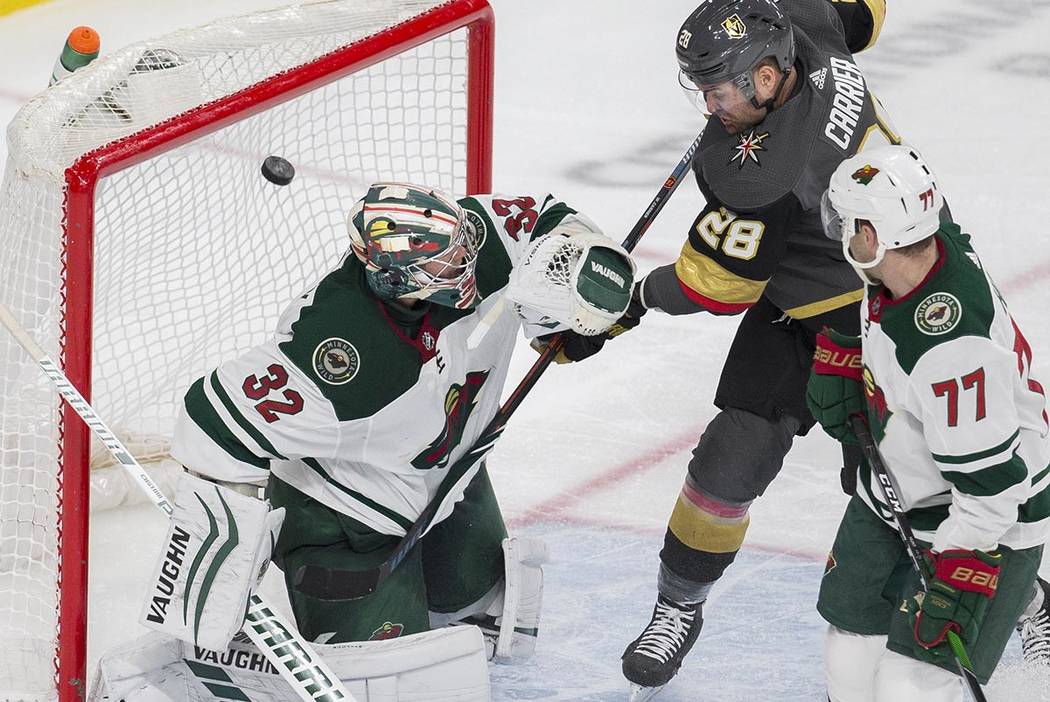 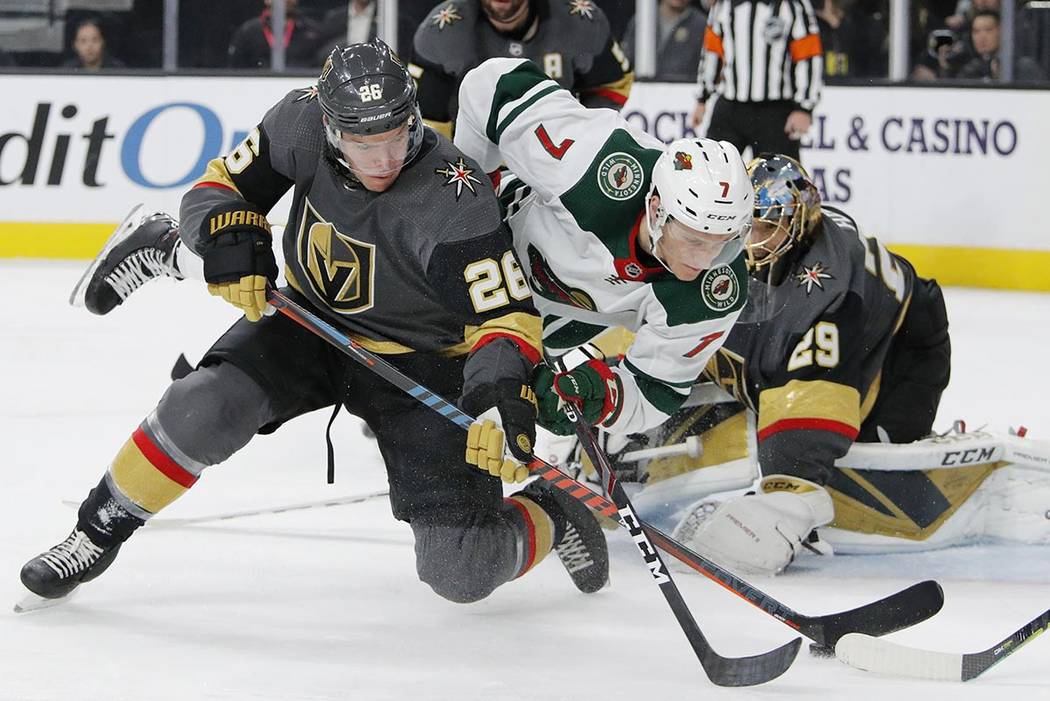 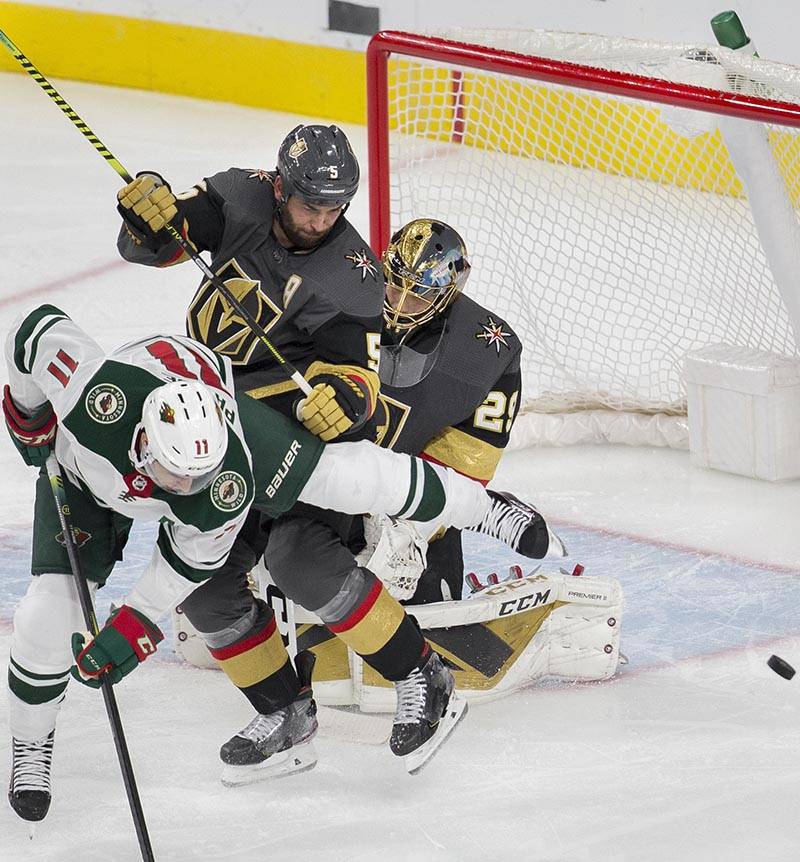 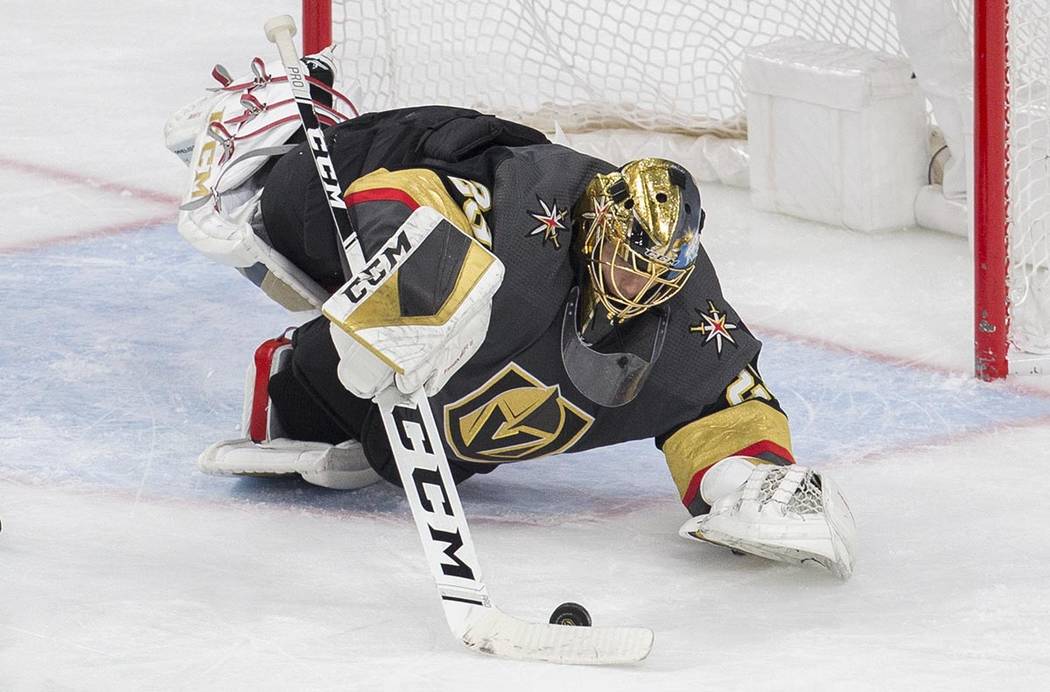 Vegas Golden Knights goaltender Marc-Andre Fleury (29) makes a save in the third period of an NHL hockey game with the Minnesota Wild on Tuesday, Dec. 17, 2019, at T-Mobile Arena, in Las Vegas. (Benjamin Hager/Las Vegas Review-Journal) @benjaminhphoto 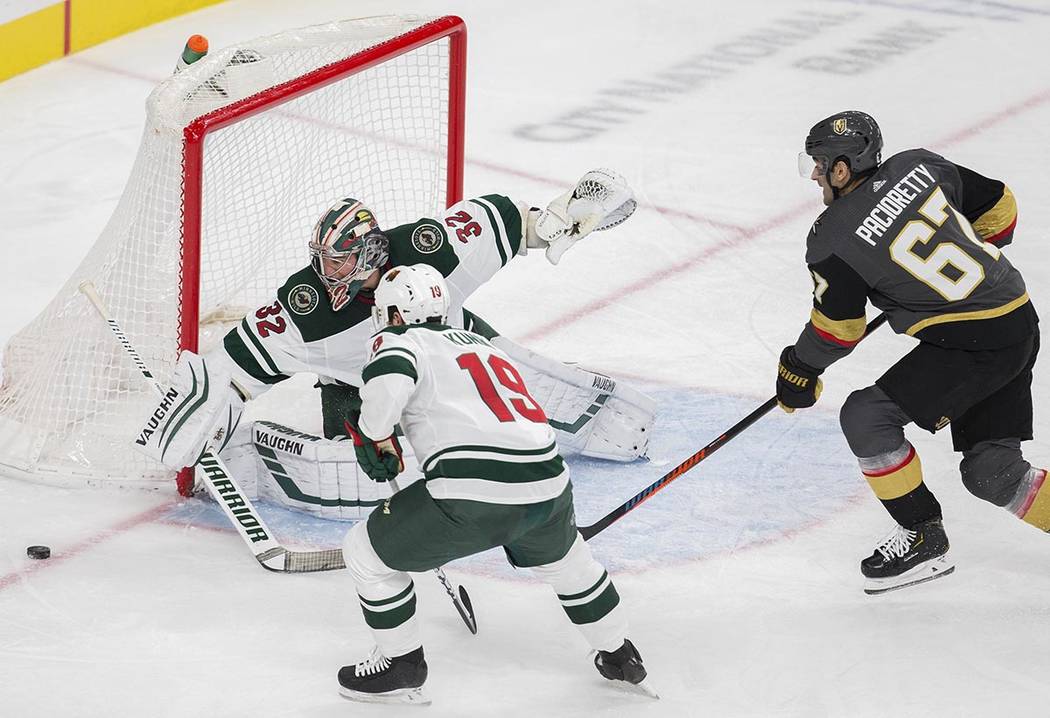 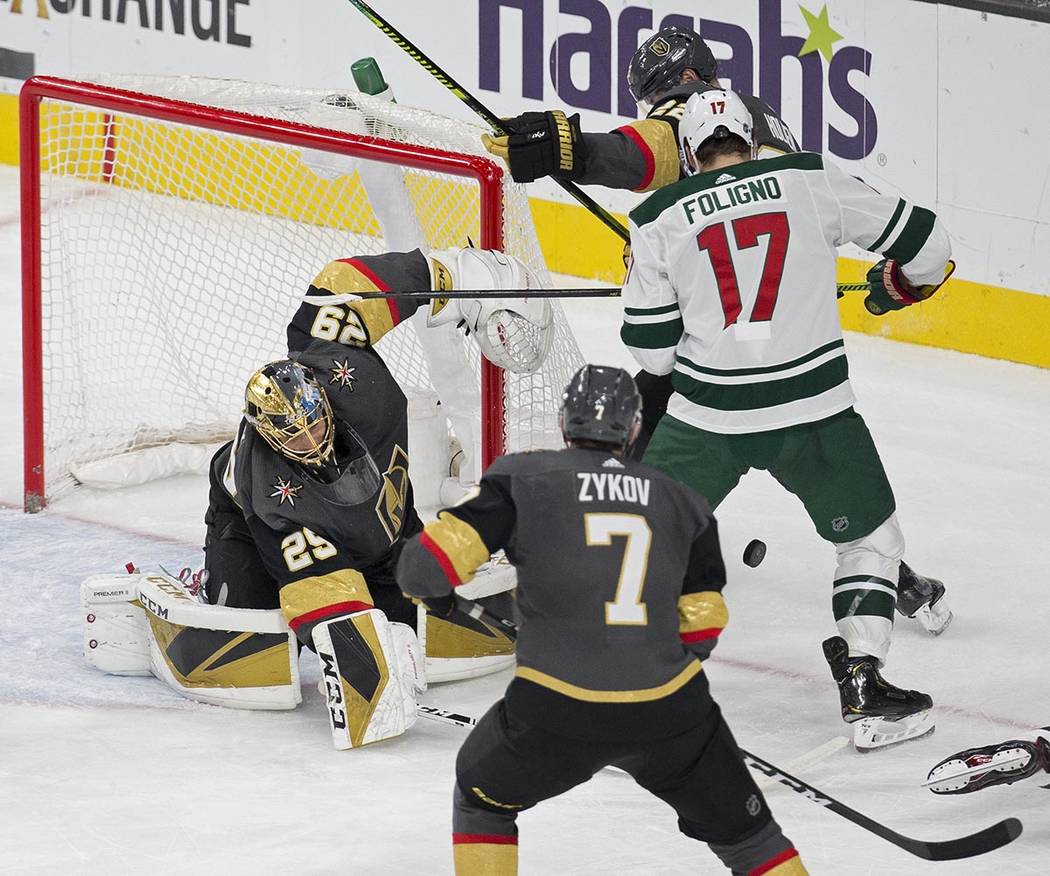 The Knights’ defensemen are starting to contribute more offensively as the team climbs the Pacific Division standings. The points have become dangerous areas for the team, and its transition game is flowing more smoothly.

“I think we’ve gotten up in the play a lot more,” defenseman Nate Schmidt said. “It shows you how much more our forwards have opportunities when our defensemen stay up in the play.”

Of course, staying up in the play is only a good thing if the Knights aren’t giving up quality chances the other way. They haven’t been much lately. In the 11 games since they altered their defensive zone system to play more zone coverage rather than man-to-man, they’re allowing 2.55 goals per game. That’s below their season average of 2.84.

So the Knights’ defensemen have added much-needed offense without sacrificing defense. Before the system change, they had a combined 37 points in 26 games, tied for third-fewest in the NHL. Washington Capitals defenseman John Carlson had 36 points in that span.

Things have been different since the Knights switched things up. Since the system tweak debuted Nov. 27, they rank 13th in points by defensemen with 20. It’s not great, but it’s a lot better.

“I think it’s big,” defenseman Shea Theodore said. “We’re a good puck-moving group back there. I think we kind of had some bad luck and bad bounces. I thought we were playing solid, but it wasn’t resulting on the scoresheet. But it seems like we’re really sticking to things.”

The Knights’ defensemen have had more energy to move the puck in transition because they’re now spending less time roaming around the defensive zone. Rather than skating with an opposing player in the zone, players are now packing into the middle of the ice to prevent high-danger scoring chances.

That allows defensemen to save their legs to make plays on the rush or pinch aggressively after loose pucks in the offensive zone. And the forwards are doing a better job of recognizing when those plays are available and covering for their defensemen to prevent odd-man rushes the other way.

Getting forwards opportunities off the rush or in the zone has helped Schmidt record five assists in his last 11 games. Theodore also has become a major contributor with six points (one goal, five assists) in his last three games.

If those two and the rest of the defensemen keep that up, it would be a major boost to an offense that ranks 18th in goals per game (2.94). It would provide the Knights with a dimension they’ve been missing most of the season.