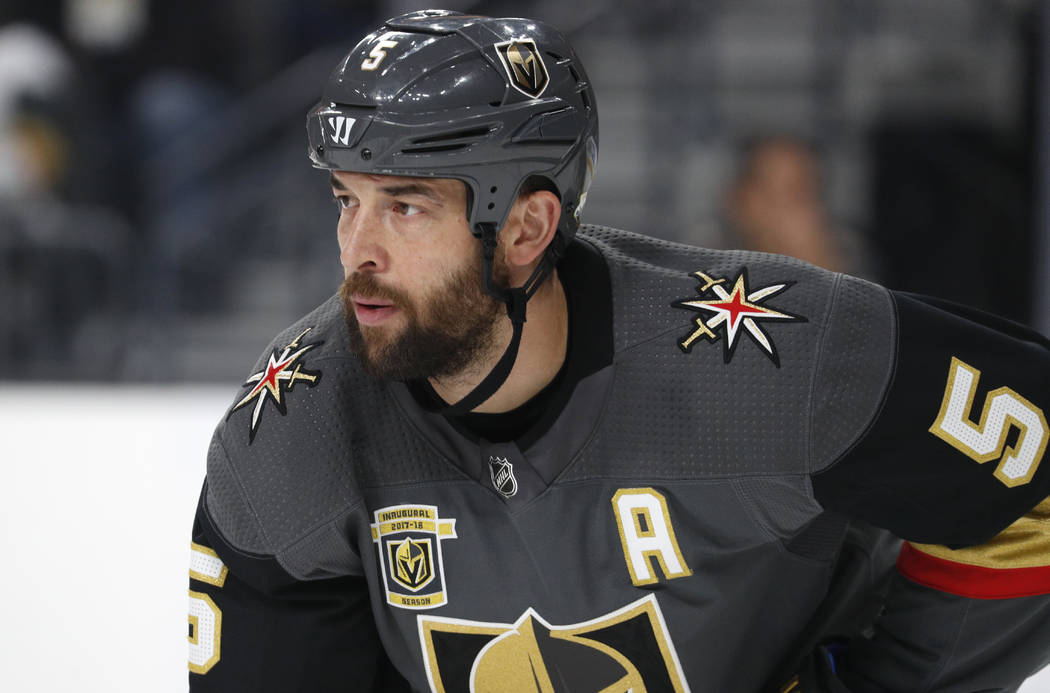 Golden Knights alternate captain and defenseman Deryk Engelland, a longtime local resident who previously played for the Las Vegas Wranglers, has become the second Knight in the brewery business.

Engelland announced Monday that he has teamed up with Chicago Brewing Company to create The King of Engelland.

Brewmaster Erik Nielsen said in an email that the beer is a 6-percent ABV New England IPA — or “New Engelland” IPA, Nielsen said — that’s “hazy in appearance, very fruit-forward, full-bodied and not as bitter as most IPAs.”

The only place to get it right now is at Chicago Brewing Co. at 2201 S. Fort Apache Road, where it’s on tap. Half of the proceeds of every pint sold will be donated to Engelland’s Vegas Born Heroes Foundation.

Nielsen said brewery representatives came up with the idea for a “New Engelland” IPA when they thought of the pun.

“We then reached out to the charity and pitched the idea to them,” he said. “They loved the idea. We chose his foundation not only because we are huge hockey fans at CBC, but we absolutely love what they are doing for the community.” Nielsen said the beer is $6 a pint.

Fellow VGK defender Ryan Reaves, who created the 7Five Brewing label in tandem with Able Baker Brewing Company, has released two beers, Training Day Golden Ale and Dawn Breaker Lager. So now we have two Knights with three beers. Anybody have any suggestions for the next player to jump into the ring, and the kind of beer that would most suit him?