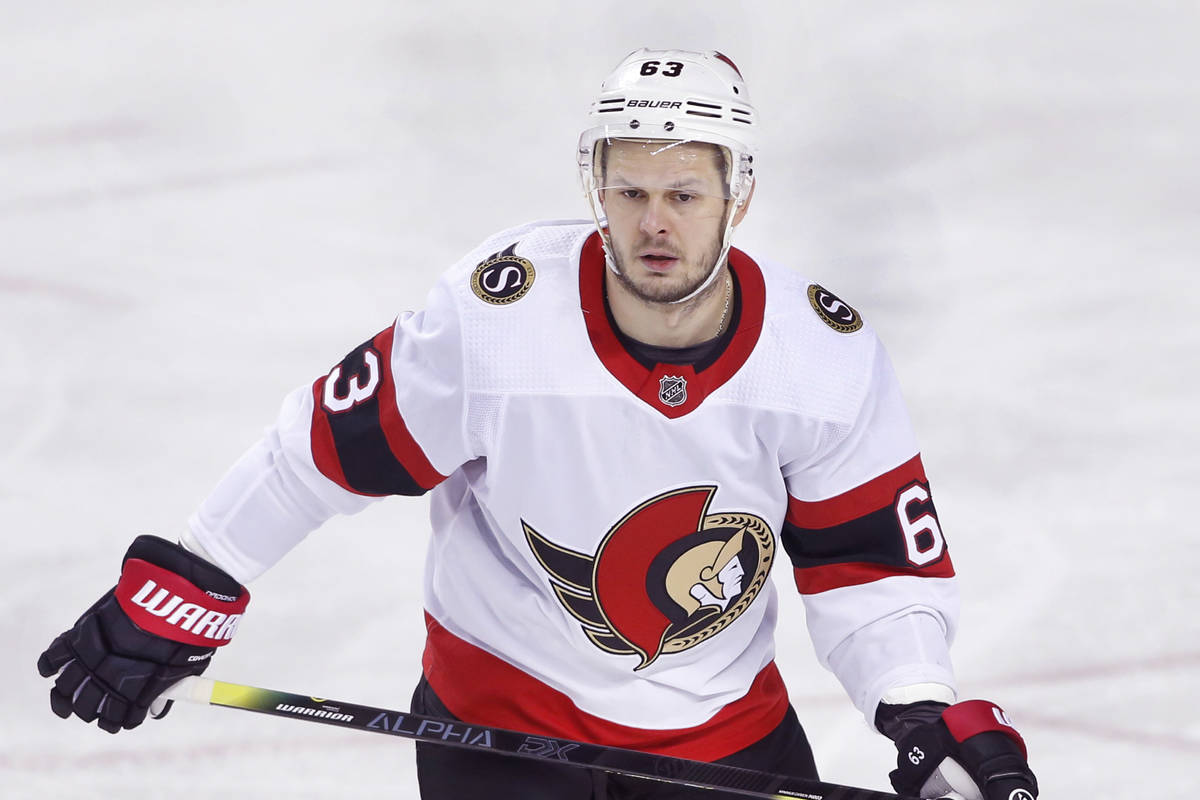 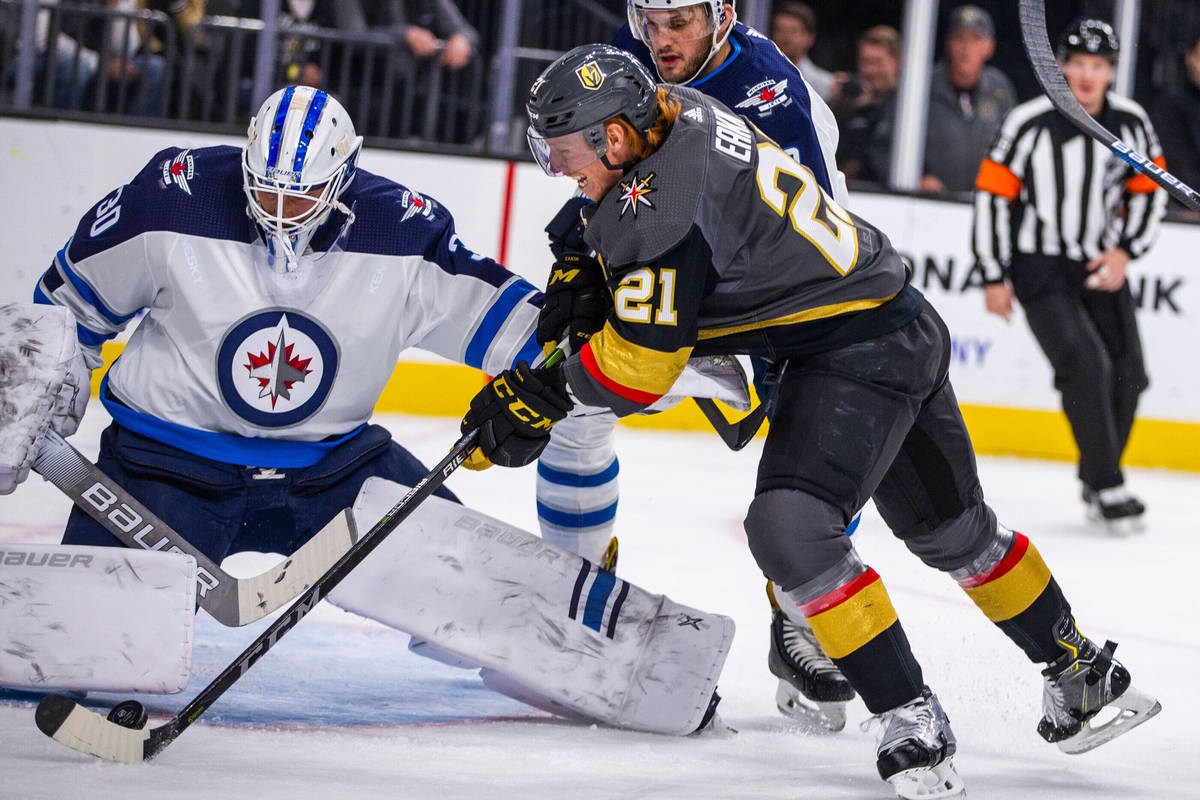 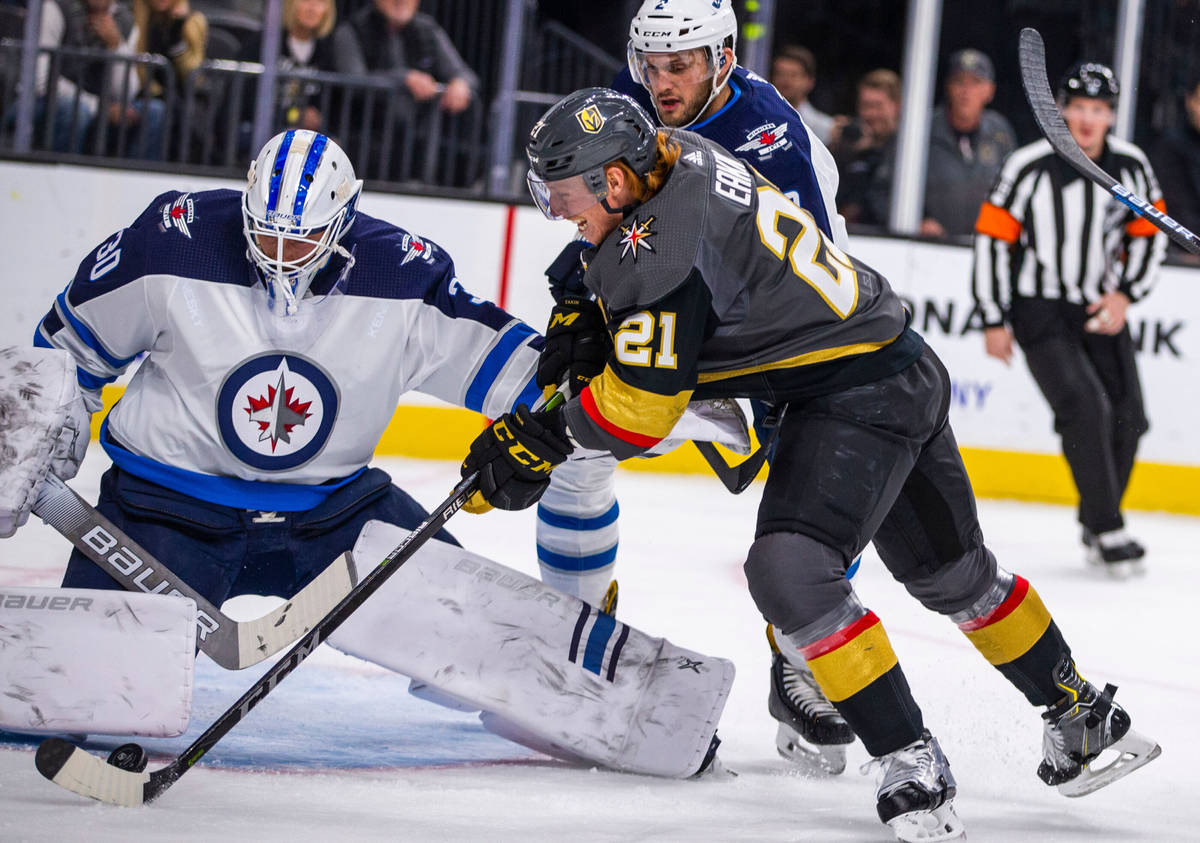 While the shock waves from the Marc-Andre Fleury trade continued to reverberate a day later, the Golden Knights made a handful of moves Wednesday in an effort to plug the few remaining holes on the roster.

“We’re not likely to be involved in any other discussions,” McCrimmon said. “We used our money that we had available to us. We’ve addressed the needs that we identified going into this time frame. We’re anxious to get ready for training camp as we move into the next season.”

Rather than pulling off another stunner following Tuesday’s deal that sent Fleury to Chicago, the Knights landed forward Evgenii Dadonov in a trade with Ottawa and put the final touches on a new three-year contract with defenseman Alec Martinez.

They also brought back forward Mattias Janmark, who tallied a hat trick in Game 7 of the first round of the playoffs against Minnesota, and shored up the backup goaltending spot by signing Laurent Brossoit on the first day of free agency.

“We’ve made a number of transactions that we think improve our team and put us in a real good position,” McCrimmon said.

To acquire Dadonov, 32, the Knights sent defenseman Nick Holden and a 2022 third-round pick to the Senators. Holden was entering the final year of his contract with a $1.7 million salary cap hit and was looking for more ice time after being passed on the depth chart with the Knights.

Dadonov scored 25 or more goals in three straight seasons for Florida before posting 13 goals in 55 games with the Senators last season.

McCrimmon said Dadonov struggled to adjust in Ottawa while living apart from his wife, who was pregnant during the season, and their two children.

Dadonov has 104 goals in 335 career games during two stints in the NHL, and McCrimmon touted the 5-foot-11-inch wing as a player who makes his living in the hard ice. He has two years remaining on his contract with a $5 million average annual value.

“He really fit the bill for us,” McCrimmon said. “There was some good forwards available in free agency that we liked that we would have turned to or pivoted to had we not been able to complete the trade with Ottawa. But our priority was this player.”

Janmark signed a one-year, $2 million contract to help fill out the forward depth after Tomas Nosek left for Boston in free agency.

Janmark was acquired at the trade deadline in April and had five points in 15 regular-season games before making an impact in the playoffs. The 28-year-old had eight points in 16 postseason games.

Brossoit signed a two-year contract with a $2.325 million cap hit to serve as Robin Lehner’s backup. He was 6-6-0 with a 2.42 goals-against average and .918 save percentage last season with the Winnipeg Jets.

The native of British Columbia has never played more than 21 games in a season and is 32-32-5 with a 2.83 GAA and .908 save percentage in his seven-year career.

“He was looking for a little more opportunity,” McCrimmon said.

After all the moves, the Knights sat approximately $1.8 million over the salary cap, according to CapFriendly.com and PuckPedia.com. They have 14 forwards on NHL contracts with restricted free agent Nolan Patrick also awaiting a new deal, meaning more work for the front office.

Teams are allowed to exceed the salary cap by 10 percent during the offseason, giving McCrimmon time to get something done. He can still trim around the edges with a trade or even use long-term injured reserve to manage the cap, if needed.

“We’ll be cap compliant when the time comes,” McCrimmon said, “and that’ll be addressed in due course.”