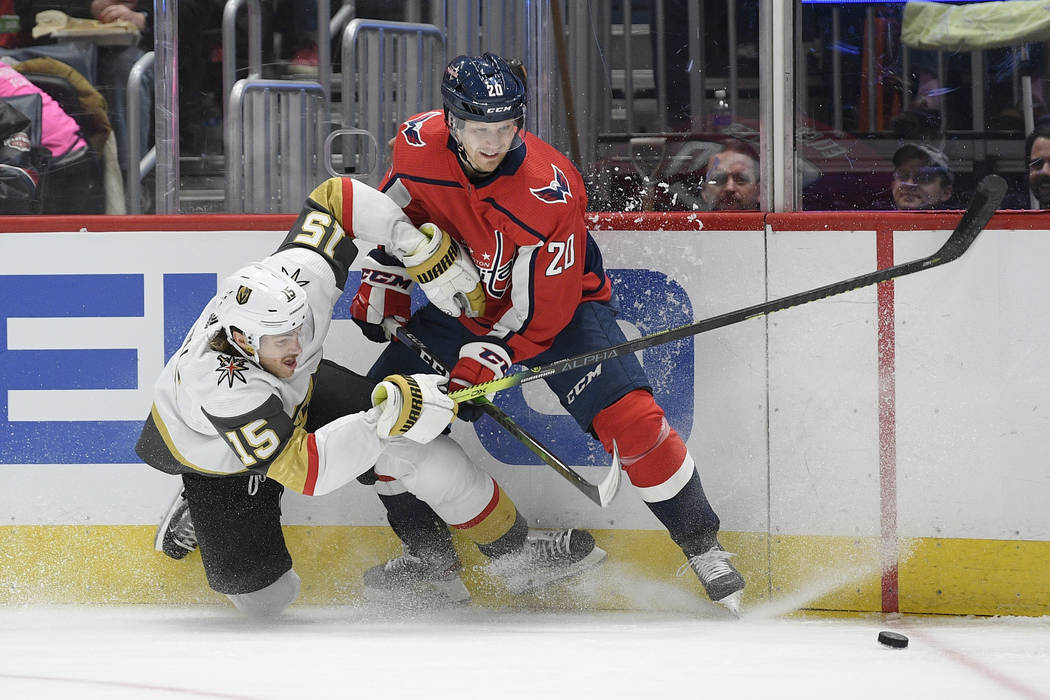 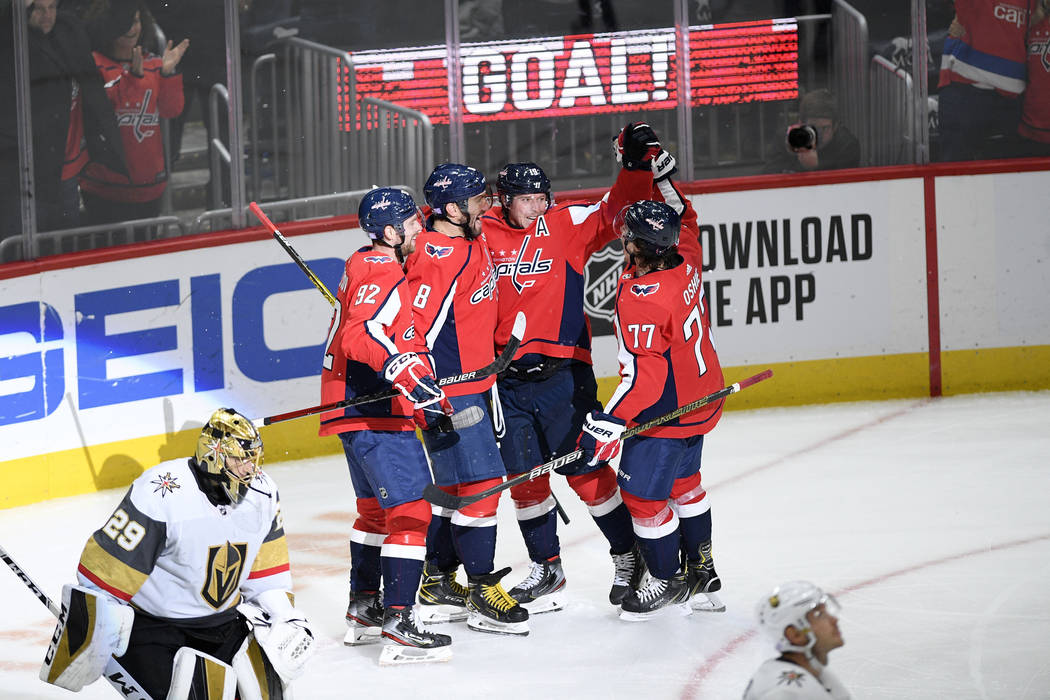 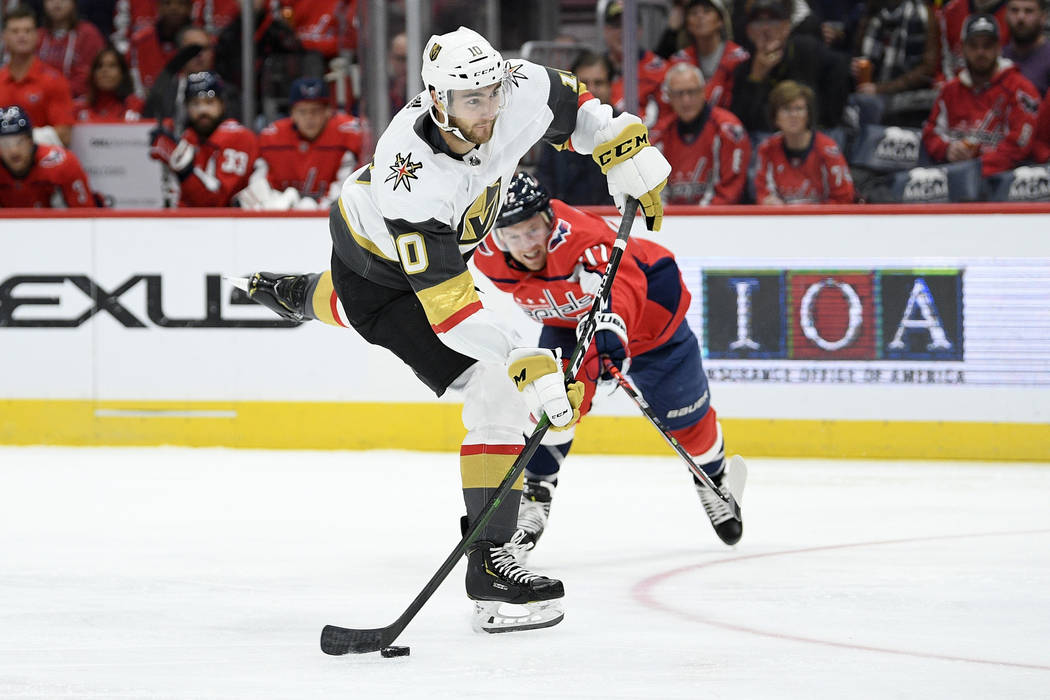 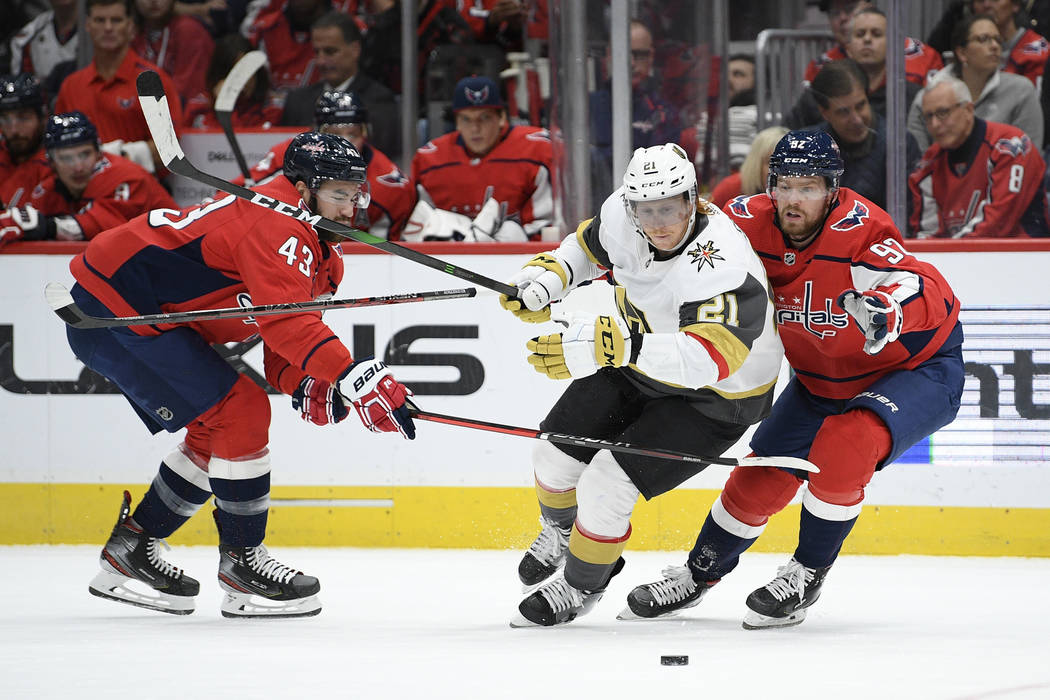 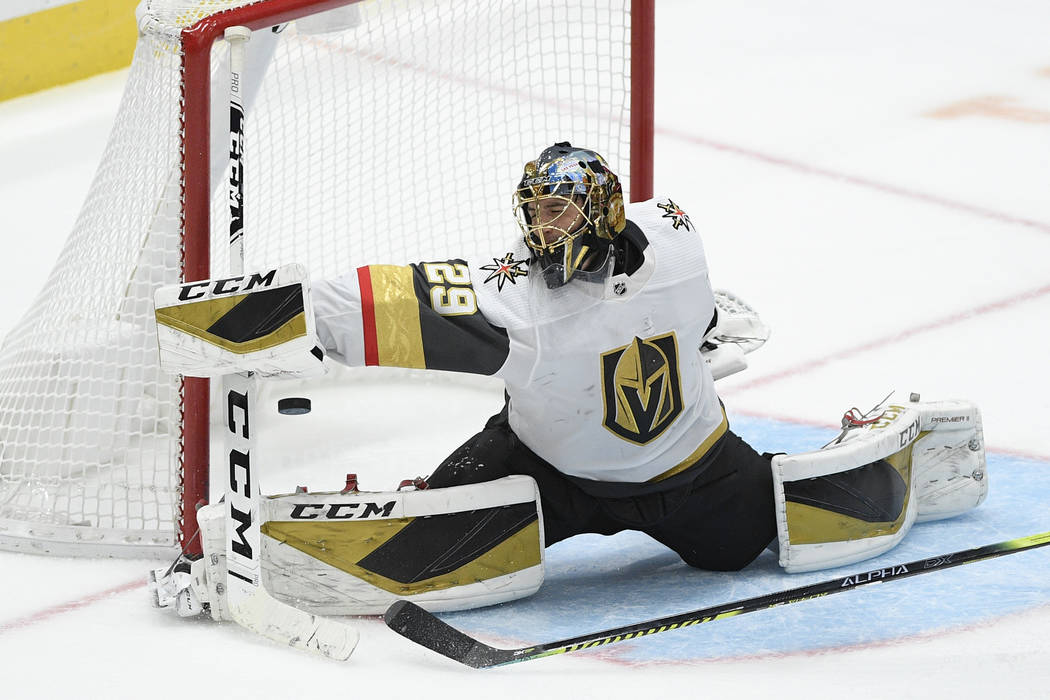 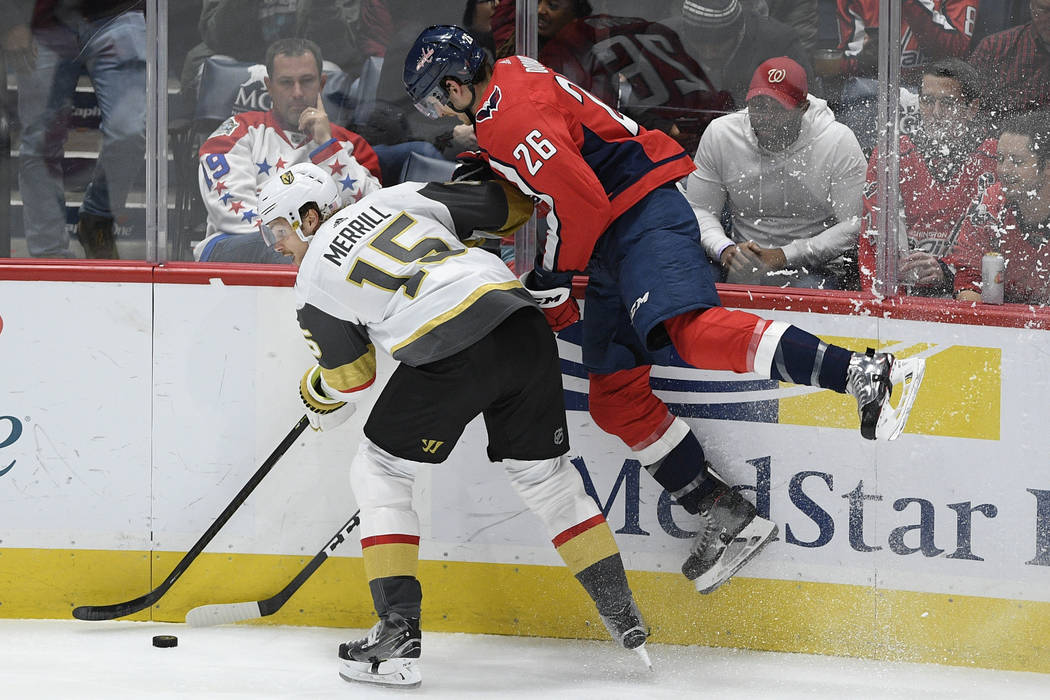 WASHINGTON — In the past 10 days, the Golden Knights saw firsthand multiple examples of a team scratching and clawing to pull two points out of nothing.

When it was their turn to dig deep and try to steal a game Saturday, the Knights imploded.

Washington’s Nicklas Backstrom scored twice in the third period, and the Golden Knights couldn’t overcome their penalty troubles in a 5-2 loss at Capital One Arena.

“I don’t think we played as good as we have in the past lately, and we just didn’t look ready to beat a good team,” coach Gerard Gallant said. “We had to play a lot better than that.”

The Knights lost for the second straight game on the road trip, which concludes Sunday at Detroit, and saw their five-game points streak come to a screeching halt.

After digging an early 2-0 hole in the first period, the Knights fell behind 3-1 at 15:32 of the second period when Washington defenseman Jonas Siegenthaler scored his first NHL goal.

Reilly Smith scored his team-high 10th goal on a power play with 2:33 remaining in the second, and the Knights opened the third period with a full two minutes on the man advantage but couldn’t convert.

Washington then took over, as Backstrom’s shot sneaked through Knights goaltender Marc-Andre Fleury (29 saves) on a power play with 8:30 remaining in the third for a 4-2 lead. Backstrom added an empty-net goal in the final minute.

“It’s frustrating to not be consistent and climbing in the standings and be on top there,” Fleury said. “I feel like I wasn’t good. I didn’t make any saves or I didn’t change the game in a good way for us.”

The Knights didn’t hold a morning skate on Saturday, which is unusual for an evening game. That might be part of the reason for the slow start against Washington.

Capitals center Evgeny Kuznetsov got behind defenseman Jon Merrill in the opening minute and beat Fleury on a breakaway.

Washington then capitalized on a poor turnover by Jonathan Marchessault in the Knights’ zone, which led to Tom Wilson’s one-timer from the slot at 5:53 of the first period.

“We seem to either not be ready for a game at the start or not be ready for the finish of a game,” right wing Ryan Reaves said. “It’s just an inconsistent 60 minutes coming from our team over the last couple weeks that has to change.”

After being whistled for six penalties in the overtime loss to Toronto on Thursday, the Knights committed seven minor penalties against Washington.

The Capitals had three power plays in the third period and finished 1-for-6 overall with the man advantage.

Frustration eventually set in for the Knights, as Deryk Engelland picked up a retaliation penalty for slashing T.J. Oshie in the final six minutes. Assistant coach Ryan McGill also was ejected late, according to the Capitals’ broadcast.

“I think penalties are hurting us right now,” Smith said. “We’re taking too many penalties and it’s being the difference in the game because we’re losing by one or two goals.”

Gallant made two changes to his lineup, opting for Engelland’s experience on the blue line over rookie Nic Hague against the league’s most potent offense.

To accommodate Engelland, who was scratched the past two games, partner Shea Theodore moved away from his preferred right side to play left defense.

Also, Tomas Nosek returned to left wing on the third line as Brandon Pirri was a healthy scratch. Nosek was unable to provide a spark and that line continued to struggle without injured right wing Alex Tuch.